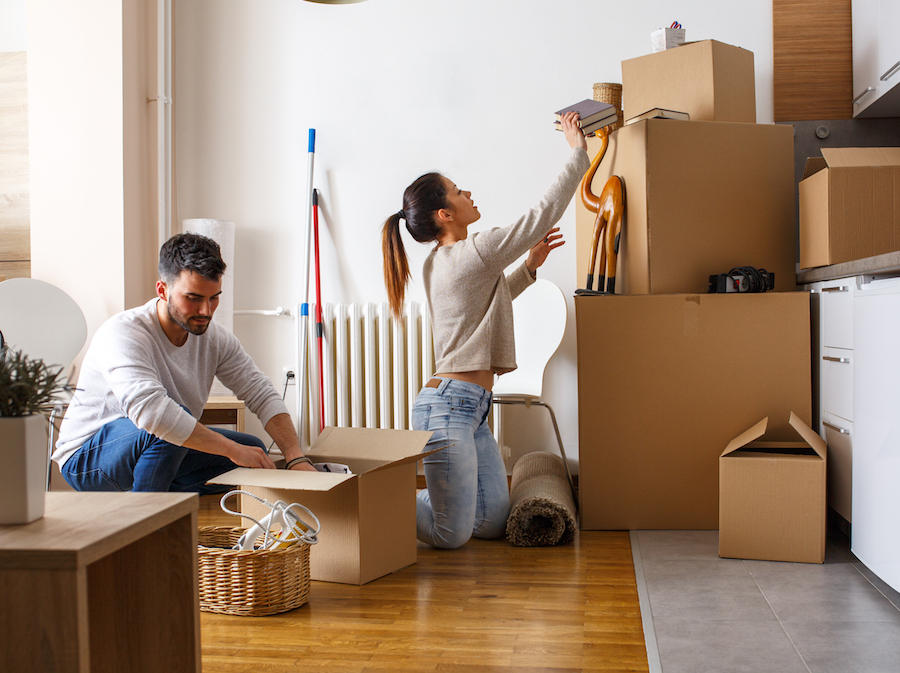 I’m in that season of life. You know, the one where everyone and their bff is getting engaged, married, and pregnant? Yeah, that one. And while everyone is pairing off — myself included — and settling down, I’m over here still saving to piece together complete rooms of furniture in our most recent house and scratching my travel itch by impulsively booking European trips as soon as the price drops.

I realize I’m not alone, but I’m married, in my late twenties and I’m still not in the we’re-fully-settled-and-everything-is-now-how-it-will-be-forever stage — if that’s a real place and not an imaginary step we’ve all been convinced is a normal part of life’s plan.

A little background: my husband and I have known each other for 10 years now. We’ve been relationship-official for six of those and married for three. During the time we’ve been together, I’ve moved to South Carolina from Georgia, up to North Carolina and then back to South Carolina; first so that he was able to finish school and then for his career choices. Yes, you read that right — we’ve moved three times in six years. For him.

Now, I wouldn’t say that’s an absurd amount of moving around, per se, but from the outside, the assumption would be that I’m following him around the Southeast because I’m his wife and that’s what wives do. Right?

From the beginning, he and I have had the understanding that our relationship is very much based on two people who choose to live their lives together and not two people who have to do everything together, think the same, and finish each other’s sentences. Each of our moves came with much back-and-forth discussion, some hesitancy, reasonable amounts of discomfort, a few arguments, a lot of happiness, and also a lot of compromise.

In a world where women are so often defined by their age and relationship status, especially by the role of “wife,” if we’re married, we are still independent people and can thrive in new places, even if we weren’t the ones to initiate the change. We can compromise without being pushovers; we can agree to a move without being followers.

Each physical move gave me an opportunity. And I saw it as just that: an opportunity to start over, to reevaluate what I’m working toward and to grow as an individual.

I revisited my goals

There’s really no better time to revisit your personal and professional goals than during a big life change. After being in one place for a while, it’s easy to get into a routine, to be a little too lenient with yourself, or to forget the passion behind your why.

When I found myself with a completely blank chapter to begin writing, I was able to ask myself: what do I really want? And what resources do I have in this place that I can use to achieve it? Granted, the true answer to the former question took me about eight months to be able to honestly answer, but ‘tis life.

Whether it’s buying the popular PowerSheets goal-setting journal, starting to write morning pages or, the route I chose, just having open and honest conversations with your significant other, your family and your friends, solidifying your individual long-term goals, and the short-term goals that will get you there is a good place to begin.

I put myself back “out there”

If there’s one tip I’ll stand by because I’ve done it time and time again, it’s to get involved in any way you can. Starting from square one is hard, especially if you don’t have a network already in place to lean on, but the only way to form a new one is to find ways to meet people.

I’ve joined meet-ups and small groups, started new jobs and side-hustles, volunteered at events, gone out to bars and concerts — you name it. I went just about any place I’d be forced to be social and get talking.

Sure, not everything you try will lead to life-changing connections or long-term friendships, but the more you get to know your community, the easier it will be to find your new tribe.

We keep an open dialogue

65 percent of premarital counselors surveyed stated poor communication was the most common reason for divorce. It may not be a groundbreaking revelation, but open communication is an essential part of any healthy relationship, especially during times of great change.

Honesty is key here. Talking through things like new and interesting opportunities, date night ideas, off feelings, or needing support will help make sure one person isn’t left in the dark. Ultimately the goal is to respect that both people have hobbies that are similar and things that are better left done independently. These things make up who we are.

Mister Rogers captured the sentiment beautifully, writing, “love is generally confused with dependence. Those of us who have grown in true love know that we can love only in proportion to our capacity for independence.”

I’ve met some of my best friends, traveled to incredible places and learned more about myself as an independent person by making the decision to walk through doors that opened because of my husband’s circumstances. We’re maneuvering life together, but remaining two unique individuals is what makes the adventure exciting.