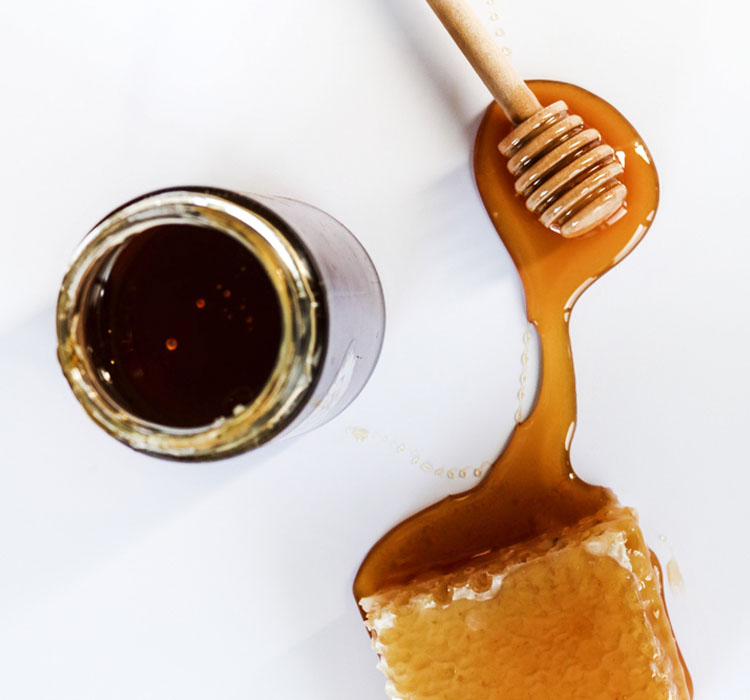 Hey guys, Josie here. I know I already have the reputation of the crazy will-try-anything-for-good-skin lady, but hear me out on this one. Your favorite natural sweetener and Prince Charles’s favorite tea add-in is actually the secret to the skin of your dreams. That’s right, honey for skin is truly the Taylor Swift of the beauty world: it’s been around forever, and, though, there’s been some controversy, it remains the queen of DIY face masks and soothing body treatments (OK so that’s not really Taylor Swift related, but you get where I was going with that analogy, right?).

Note: not all the sweet stuff on the shelves have the same outcome. Stick to Manuka honey or raw honey. The other stuff (including the cute teddy bear bottle) have loads of added sugar (which will clog pores and lead to breakouts) and less antioxidants. But when you stick to the natural stuff, it’s a game changer. Read on to find out about my experience washing my face with nothing but honey for two weeks.

Benefits of honey on the skin

I’ve always been on a constant journey for the glowiest, clearest skin ever (because we all should be dreaming big, right!?). Hormonal acne, pesky blackheads, and dark under eye circles have been the extent of my problems. That is, until this year: as Chicago’s brutal winter arrived, so did the worst skin woes I’ve ever experienced (not to be so dramatic or anything). I started waking up with severely itchy skin, which I innocently blamed on the changing weather. It then became red bumps all over my face, and a puffiness that was definitely not normal.

I knew it must be an allergic reaction, and, after talking to my dermatologist, got a prescription to keep the inflammation down. It momentarily helped, but the bumps, itchiness, and puffiness still came back every week or so. The worst part was that I could not figure out what was causing it. I changed pillowcases, stuck to oils instead of retinoids in my nighttime skincare, and used sensitive wash instead of standard. And still, despite all my efforts and tears, it kept coming back like a Disney Channel theme song that gets stuck in your head. This was my Everest.

I decided I needed a massive lifestyle change. As someone who believes natural is always better (unless it’s Oreos or Kim Kardashian), I wanted to get rid of everything that might be harmful to skin, which included my trusty face wash. Even the supersensitive replacement I’d been using didn’t count as “natural.” So what could I replace it with? Enter: honey. I’d actually heard a lot of buzz (pun intended) about the stuff made by bees and its benefits for the skin. Face wash had been my security blanket for so long that it felt like a ginormous leap of faith to go without it, but I was excited to test out something so drastic (read: would try anything for good skin). 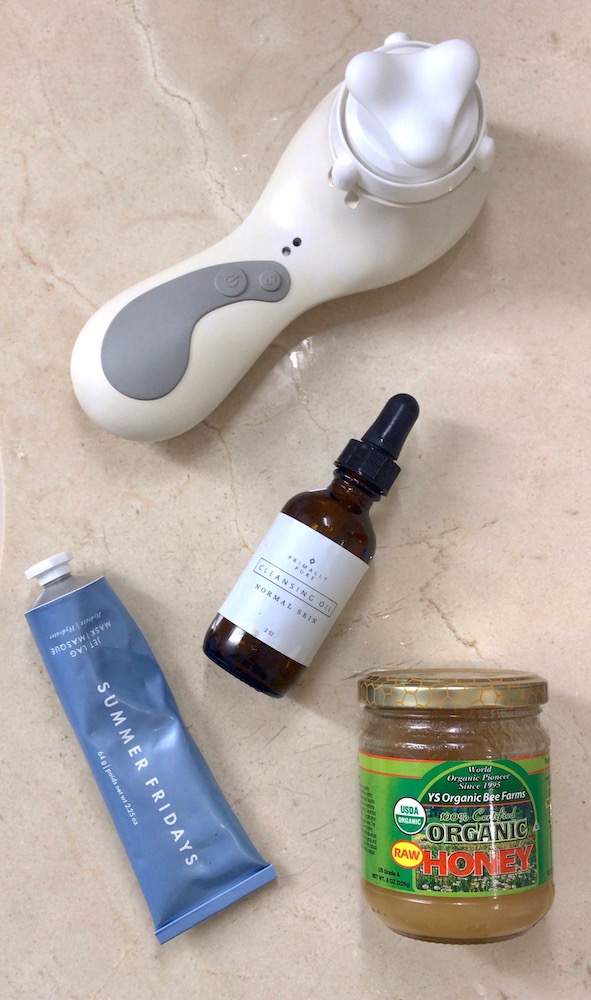 I planned to simply splash my face with cool water in the morning, and wash with honey at night. I also used Summer Fridays as an overnight mask (also clean) and massaged it in with facial massage for extra hydration and TLC. The honey cleanup was way easier than I thought it would be. Raw honey is much thicker than the regular kind, which made it easy to spread on my skin. I rubbed it in for about a minute, and then kept it on like a mask for another minute or two as I got ready for bed. The first time, I was ready with a roll of paper towels and backup face wash, but with just a splash of water, the honey melted away and washed off like a piece of honeycomb cake.

The only change up was when I wore makeup. The honey wasn’t enough to take off all the mascara and eyebrow gel, so I opted for a natural cleansing oil as the first step, followed by the honey. Two weeks and a jar of honey later, my skin has Never. Been. Better. I repeat: I have basically achieved skincare nirvana (well, almost). 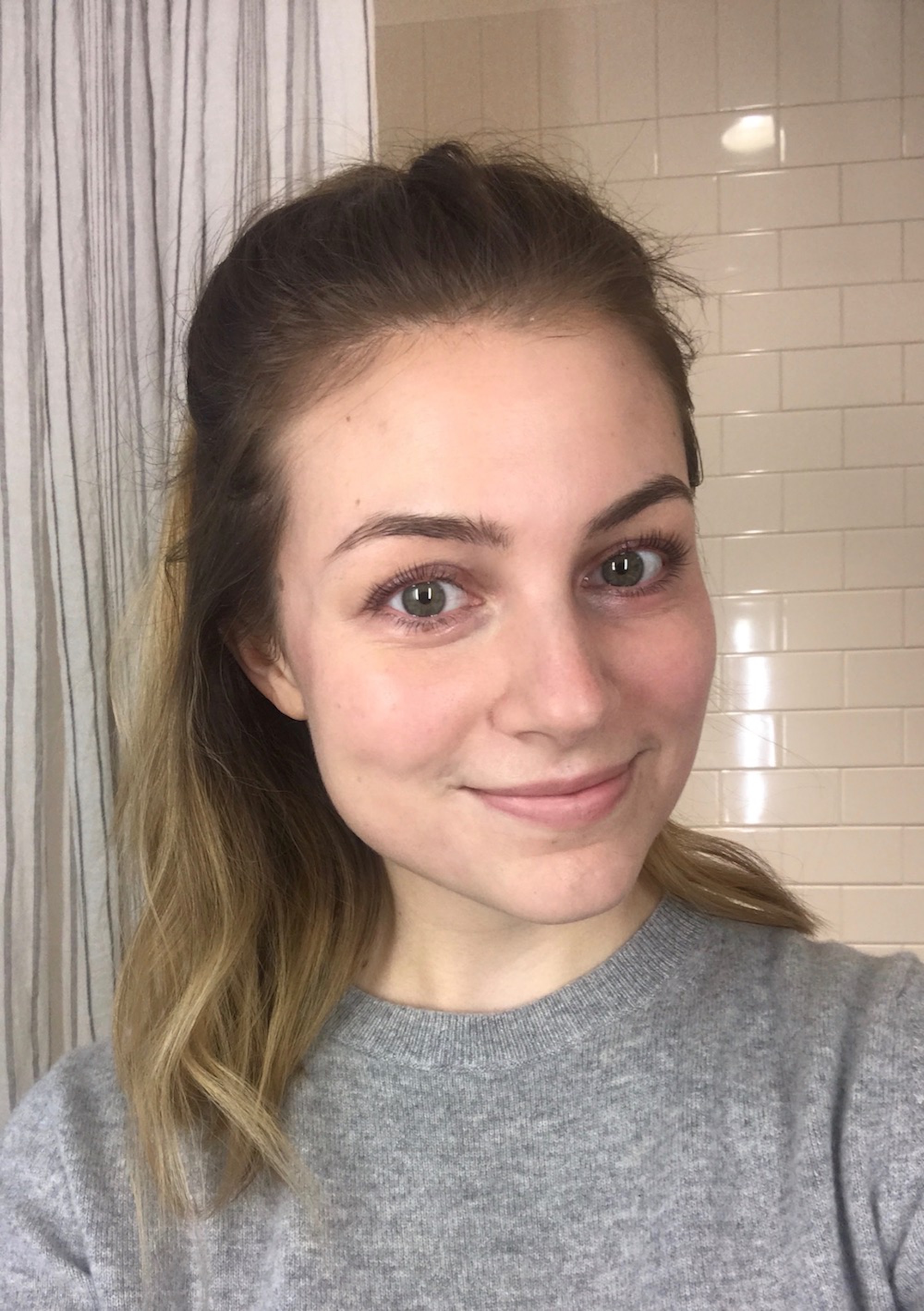 Let me break it down: the honey did not clog my pores or cause acne as I had worried. I’ve actually remained fairly clear-skinned with a few smaller zits popping up here and there, but not as many as I normally would (including during a period week) which was a #miracle. But the biggest shock of all was that after washing with honey, the pesky, horrible, seemingly permanent blackheads I’ve struggled with on my nose forever popped out so easily (not to be graphic).

Overall, my skin just looks more even-toned, glows, and has actually survived winter, dryness-free. *Knock on wood* but my red bumpiness and itchy skin has not come back since I started washing with honey. To be clear, I don’t think using face wash was the problem. I just think honey is that good that it helped heal and soothe my poor, sad skin. Plus, it came with a lot of other perks too. It truly was a miracle product, and to be totally transparent, I don’t think I’ll ever go back to standard face wash again. Not all heroes wear capes. Sometimes, they come in a jar. 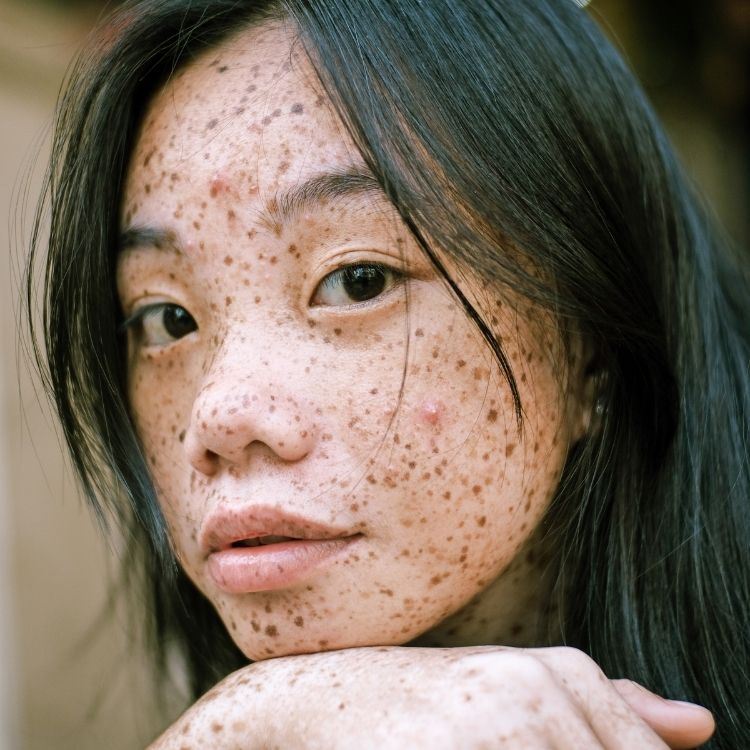 Yep, We Still Have Maskne—Here’s How to Finally Manage It
READ NOW

This article was originally published on January 2, 2019.