These days, most of us are accustomed to using third party resources to support what’s most important to us. We hit up the gym to take care of our bodies. We use financial advisors to manage our money, realtors to find our homes, travel agents to plan our vacations. We outsource calendars and friendships and meal plans to smartphone apps. Yet, when it comes to the health of our relationships, many of us are hesitant to explore therapy as a preventative tool for problems down the road. 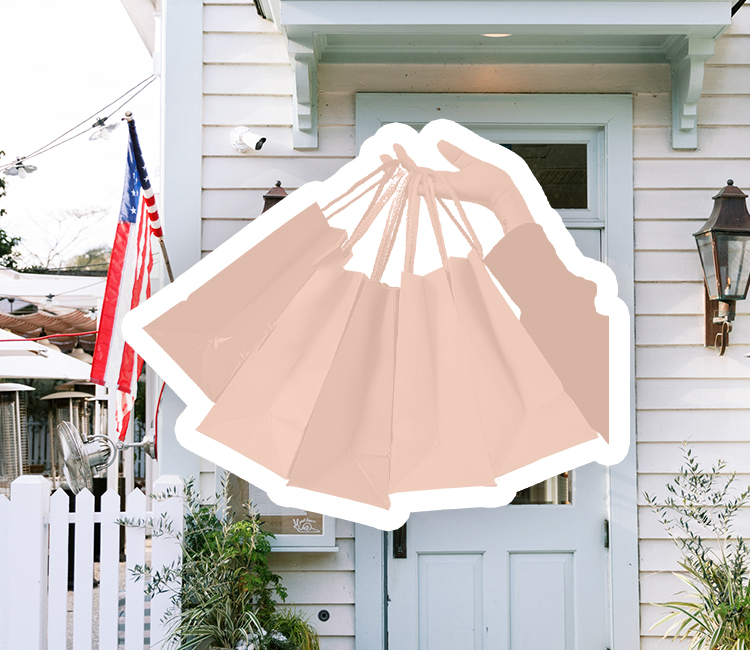 Why? First, it requires our limited time amongst other obligations in a world that prioritizes being “crazy busy.” Second, it isn’t cheap; it can be challenging to justify spending three figures on therapy as opposed to venting to a friend or family member for free. Finally, we tend to believe that counseling is reserved only for people who have serious problems or those on the brink of major life shifts. I’d argue that our collective resistance to therapy in general is the result of a deeper, long-held stigma: We are reluctant to wave the white flag until it’s often too late, especially when it comes to love.

But real lasting love and partnership requires work and, sometimes, the objective help of someone totally outside of our circles of friends and family. Attending a single counseling session with my husband turned out to be one of the most valuable investments I’ve ever made. And here are some of the priceless lessons I learned.

It all comes down to respect.

For the first few years of our relationship, my husband and I argued about one topic: religion. He was a staunch atheist who relied on technology and science; my faith gave me a beacon of personal strength and community. (Note: For us, these differences weren’t make-or-break.) Every conversation about religion led to tears, hurt feelings, and a frustrated sense of misunderstanding on both sides.

Lasting love and partnership requires work, and sometimes, the objective help of someone totally outside of our friend and family circles.

Couples counseling provided us with an opportunity to share our emotions in front of an objective, unbiased party, whose role was to listen, foster dialogue, ask questions, and keep us on track. I’ll admit that a tiny part of me secretly wanted to share my “side” so that the therapist would “pick” with my version of events and then “fix” my partner. (As you can imagine, I had to let that idea go. Turns out therapy isn’t about winning.) We also spent a lot of time utilizing phrases like “I heard you say…” and “I feel like…” Awkward and semi-forced at first, yes—but highly effective.

Part of our problem also involved the narrative full of expectations and assumptions we had created for ourselves and each other. For example, I didn’t see the harm in him joining me for the occasional church service, whereas he felt fake showing up to a tradition he didn’t believe in. I thought I was right, and so did he; I felt alone, and so did he. I wanted my beliefs to be acknowledged, even if he didn’t agree, and he wanted his non-belief to be recognized on the exact same level. As we talked, it became clear that what we both wanted most of all was to feel heard and respected. Through counseling, we were able to actually have a productive conversation about religion, which eventually led to long-term resolutions that felt right for both of us.

A friend of mine once complained about how she and her husband always fought about the “same old shit.” She told her mother, who replied with a laugh, “Honey, your dad and I have been arguing about the same things we argued about when we first got married thirty years ago.”

Case in point: My partner and I bicker about how to load the dishwasher and which route is the faster way home, and chances are, we will still be quarrelling about these things in twenty-five years. Neither of these issues on their own seem like a big deal, but I learned in therapy that minor arguments typically hide larger themes of dispute. For example, my husband really likes to find the most efficient method of action, whereas I could care less; when he offers up his advice, I usually hear it as criticism rather than a helpful suggestion.

Part of being in a relationship involves picking your battles over and over again. Therapy can help identify the bigger issues below seemingly small fights in order to help you figure out serious problems versus petty annoyances.

Part of being in a relationship involves picking your battles over and over again, and most couples will repeatedly face a number of familiar challenges throughout the course of a relationship. Therapy can help identify the bigger issues below seemingly small fights in order to help you figure out serious problems versus petty annoyances. It can also provide a fresh perspective and help couples regroup—ideally long before that “same old shit” starts to erode the foundation of a partnership.

I like to think I’m good at communicating, so imagine my shock when the therapist pointed out two behaviors she wanted me to, ahem, modify: interrupting and timing.

I tend to think about what I’m going to say next instead of, you know, listening to my beloved. I hear him going on and on, and I don’t want to forget the beautiful, thoughtful responses I’ve crafted in my mind, and so I interrupt real quick, just for a second. I didn’t mean anything negative by it; however, our counselor offerend her opinion bluntly: “When you interrupt, it means you think that what you have to say is more important than the other person’s words.”

I also realized I typically brought up serious conversations at night with my husband right before we went to sleep. To me, it seemed like perfect timing. We were already laying in bed, relaxed with no distractions—why not discuss children or money or sex or division of household chores right then? Except he took the opposite view: A deep chat was the last thing on his mind before drifting off to dreamland. Naturally, I picked a fight almost every time he didn’t want to get into a heated life discussion with me.

These examples on their own may seem innocuous enough, but they’re bad habits that, over time, will erode relationships. The good news? Habits can be changed. The bad news? As much as we all want to believe that our communication skills are off-the-charts amazing, most of us could use a little help to improve. Counseling forced me to pay attention to when I resorted to these behaviors, so that I could pause and reroute.

It took a lot of practice, but now, when I bring up finances with my dear one at midnight, I can laugh and say: “Oh geez, it’s late. Can we talk about this tomorrow?” And when I feel the urge to cut my husband off mid-sentence, I’ve learned to hold back until it’s my turn to pipe up.

Connection is a daily commitment.

Couples therapy strives to build connection, which is important for all relationships. It underscores the value of truth and unity while encouraging personal exploration and growth. It promotes change, for better or worse, especially when we find ourselves unable or unwilling to sit through the discomfort that a new path brings.

John Gottman, a psychology professor and expert in marital stability, writes about a concept called “bids for attention.” It works like this: A bid is an attempt from one partner to the other for a positive connection. Bids are typically very simple, such as a smile or a question. Gottman found that couples are more likely to stay together, and their relationships are more likely to succeed, when they turn toward each other instead of away.

It sounds easy enough, but Gottman insists otherwise. On his website, he writes, “To miss a bid is to turn away. Turning away can be devastating, even more devastating than turning against or rejecting the bid. Missing the bid results in diminished bids, or worse, making bids for attention somewhere else.” To Gottman, this is where couples go wrong and start to disconnect from one another, because they miss the daily “bids” for affection, engagement, and commitment.

In general, couples therapy strives to build connection, which is important for all relationships. It underscores the value of truth and unity while encouraging personal exploration and growth. It promotes change, for better or worse, especially when we find ourselves unable or unwilling to sit through the discomfort that a new path brings. And most importantly, it supports the emotional and psychological health of each person within the context of a relationship in order to build up the strength of the partnership as a whole.

Have you been to couples therapy? Would you consider going?