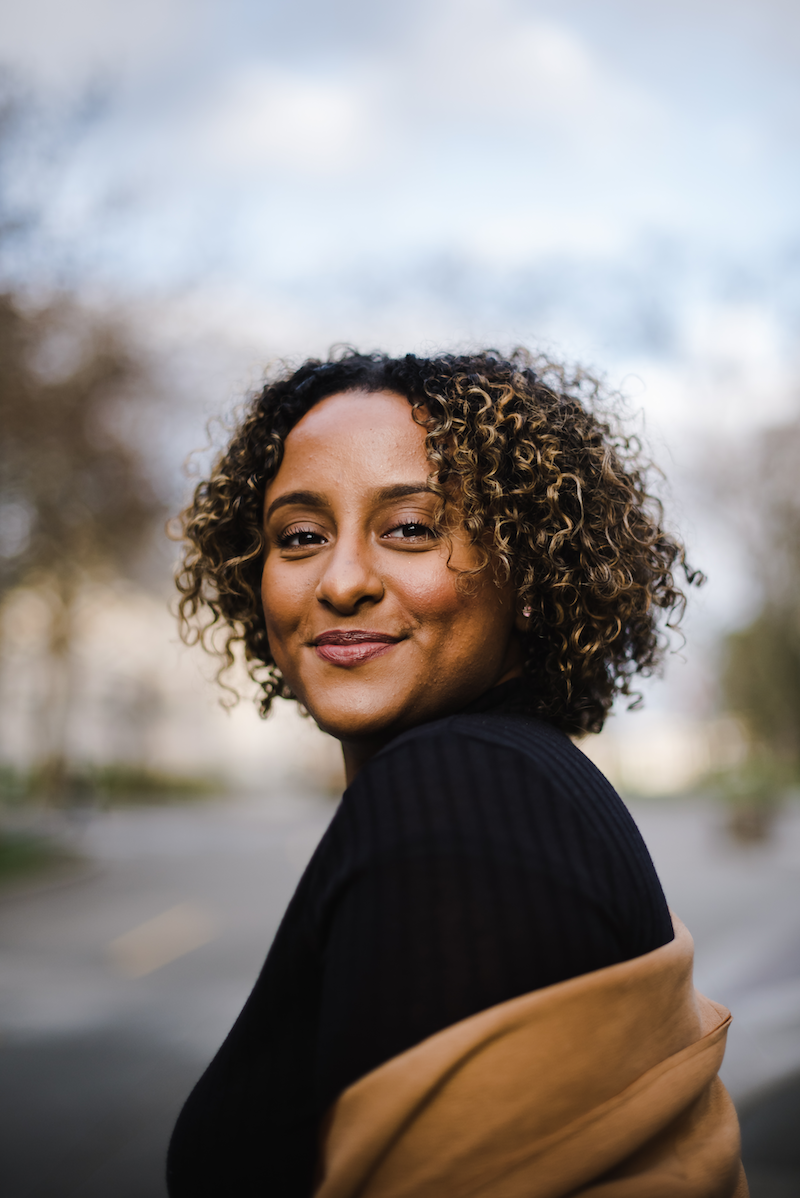 Editors’ Note: This story was originally published on The Everygirl in May 2019, but in an effort to amplify important content by our Black writers, we are reposting for those who may not have seen it originally.

“Will I ever be good enough?” I thought to myself one evening as I sat in my graduate class. This was my third time attending class this semester, and I could already feel the “culture” of the room. For four years, I attended a Historically Black College, and I was always being surrounded by black excellence — so this was a feeling I never felt before. This feeling is what society and my therapist call “anxiety” and “imposter syndrome.”

So, let’s get into why I felt this way, how it interfered with my mental health, and what it made me realize about mental health when it comes to women of color.

The thoughts I had of “not being good enough” and “not having the right skin color to succeed” ran through my head almost every day since I stepped foot on my campus in August 2018. I attend a private, predominantly-white school in Long Island. I know, I know. How did I think that I wasn’t going to feel this way? One word — naive. But as classes began and I started my student assistant job on campus, I started feeling the same way I felt everywhere I went in Long Island — alone. Long Island is the most segregated suburb in America for African-Americans. According to my school’s website, Caucasian students make up sixty-two percent of the student population, with minorities only making up thirty-eight percent.

Always being the only black woman in my graduate courses, my job on campus, and at various work events started taking a toll on my mental health — and I was unable to focus, always feeling worried and anxious about my future and overworking myself because I felt like I always had to be ten steps ahead of everyone. In class, you could obviously point out the ratio of white to black students, but if you actually sat in the classroom you could also feel the room. In one of my classes, there were two Caucasian baseball players that would come in late to almost every class and use the excuse of coming from practice — and when the homework was due, they always had an excuse. Experiencing this made me analyze myself and would make me feel inferior to them. It made me feel like if they could breeze their way through graduate school because of the color of their skin and their privilege, then I knew post-grad things would be a lot easier for them than me. This is when my mental health started to become an issue.

Experiencing this made me wonder if pursuing a graduate degree was worth it because of the power dynamics I experienced. This is what initially spiked my anxiety and would keep me from focusing on my schoolwork and my job duties. I was constantly worried about if I would get a job — and if I did secure a job, would I experience the same “white privilege” in the workplace or take the place of the token black girl? When I made a mistake at work, it would make me feel like I didn’t belong at my job and that I would always have to work harder in order to get half as far as my white counterparts.

When I made a mistake at work, it would make me feel like I didn’t belong at my job and that I would always have to work harder in order to get half as far as my white counterparts.

According to Psychology Today, there is a direct link between PTSD and hostile environments. This is not surprising because being in a hostile or uncomfortable environment can lead to PTSD. There is said to be a long line of PTSD when it comes to people of color. The experiences that have happened to me as a woman of color will follow me throughout my life — they will always be a part of my identity and my story. But one important caveat that I have learned throughout this journey is that I could have self-pity because of my mental illness, or I could use my resources and tell my story and bring light to the issues with mental health and women of color. 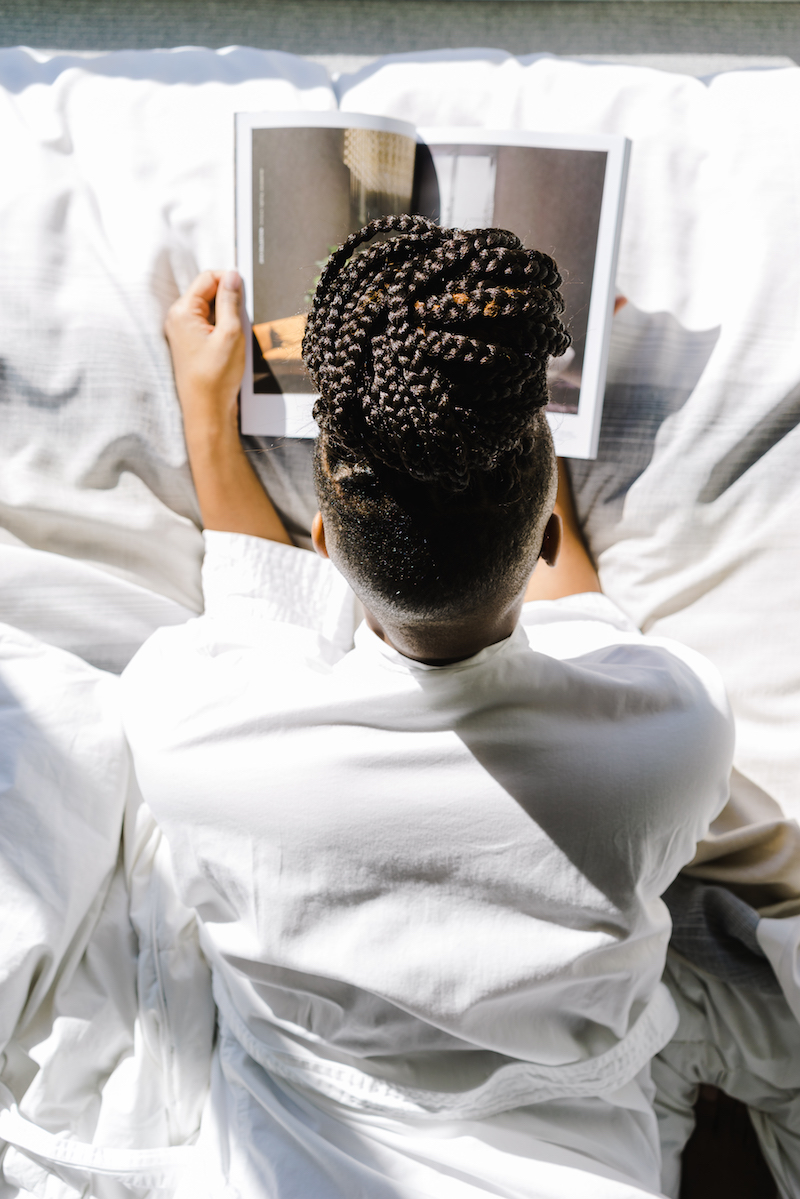 I recently spoke to a friend of mine who sought out mental health counseling on her campus. She completed the initial diagnostic test and was never called back to start her therapy sessions. This is one main issue when it comes to the disparities of women of color seeking help. It is already hard enough finding therapists that look like us, but we also don’t get taken seriously when we do seek help. According to the federal government’s Office of Minority Health, African Americans are 20% more likely to experience serious mental health problems than the general population, but less likely to seek treatment.

One of the hardest things to do as African-Americans is to admit that what is going on inside of our head is something that we have to ask for help for. Mental health is not a topic that is talked about often — not just because we don’t want to talk about it, but also because we do not have the same resources as our counterparts. I grew up in low-income housing and we had access to free healthcare. The conversation about mental health and seeking treatment was non-existent in my community. This can make accepting that you need to seek help daunting. When we go through certain situations such as experiencing racism or unfair treatment at work, the classroom, or in everyday life; this can make us feel like our feelings are not valid. In order to break the repetitive cycle of trauma, we need more people of color in the mental health field and the knowledge on how to seek the resources we need.

We feel like we can’t feel a certain type of way, or always have the mentality that we have to “keep pushing.” Black women were never taught to heal. We were always taught that we have to compete with everyone for everything because it will always be someone who has more privilege than us. We are always told to always try to be the best at everything — but also not to do too much, because then we will intimidate men who would look at us as competition. Having this toxic mindset since we were children has taught us that no matter what we go through (such as anxiety, depression, or other mental illnesses), we should try to work through it and act like we always have it all together.

We were always taught that we have to compete with everyone for everything because it will always be someone who has more privilege than us.

This is also known as the “Superwoman syndrome.” Every woman has probably felt like they should automatically juggle everything without asking for help. When it comes to black women, we feel like if we can’t do something on our own, that we are looked down upon. When we have this mindset, we often burn ourselves out and never get the chance to identify our problems and heal. One thing I learned is if we keep the same “just keep going” mentality, you will never get to explore the parts of yourself that need to be healed and become the best version of yourself. To any black women feeling like they can’t feel a certain way or their feelings are invalid: You matter, and you have the right to feel what you want — and now it’s our time to heal.