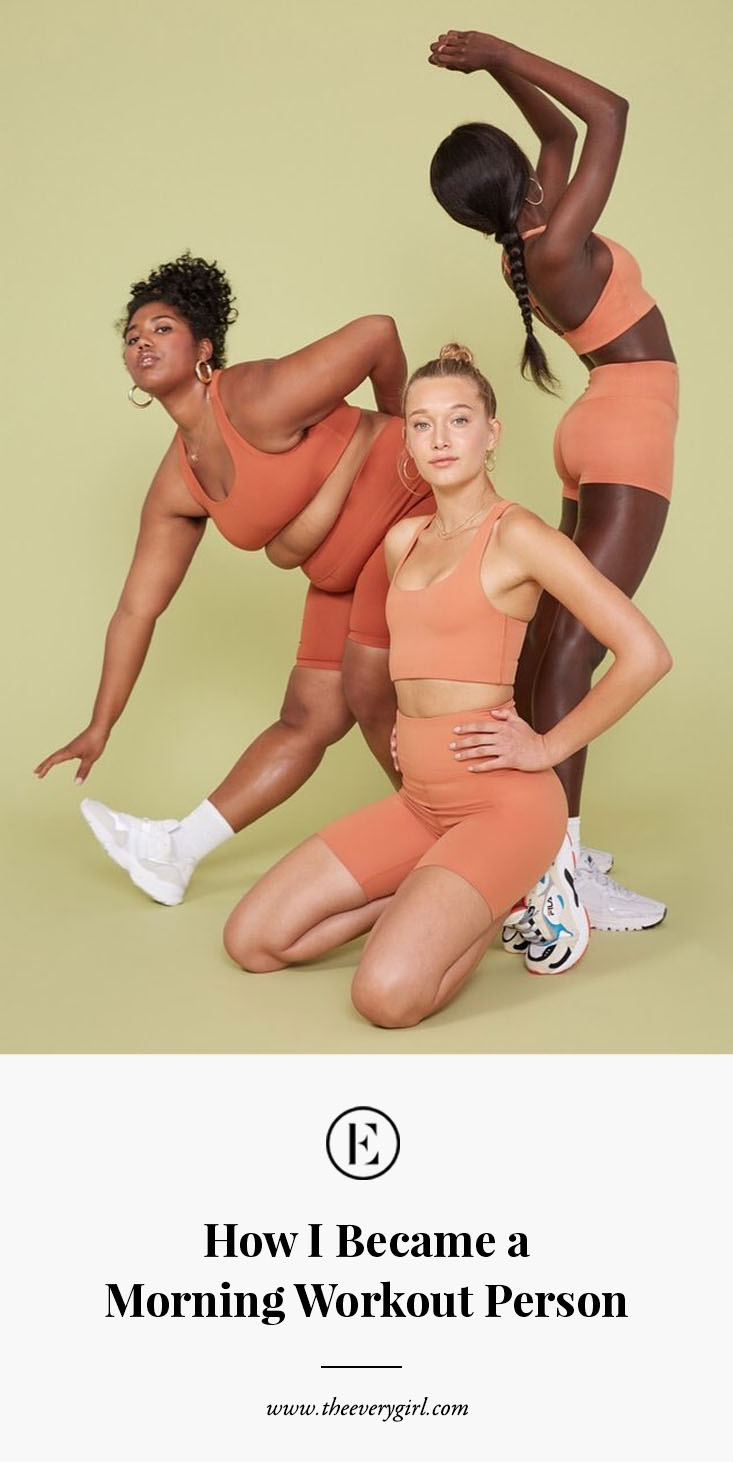 If there’s one thing that’s integral to my DNA, it’s that I absolutely love sleep. Long naps, cat naps, 12-hour-long night sleeps — I love it all. I’ve never been one to pull all-nighters or sleep three hours and call it a night — the more, the better.

Because of my deep-rooted love for sleep, pretty much any and all other activities take the backseat to getting more shut eye. Even with the best of intentions to not oversleep, the snooze button usually gets hit more times than I’d care to admit.

A life-long struggle to become a morning person

Because of this, I had never become the morning workout person that I desperately wanted to. On the off chance that I got myself out of bed to exercise in the morning, I found that I felt better throughout the day and that my workouts were infinitely better than when I saved my workout for after work. I felt energized, more confident, and ended up eating healthier throughout the day because I had started it out on a better foot.

In July, in the middle of a particularly prominent workout slump, I went on a mission to find a workout class that I absolutely loved. Once I did, I bought an unlimited monthly package so I could get excited about working out again — but a different problem arose. I was going to class immediately when I got home from work, and I found myself dreading it every day. It was my most lethargic time of day, and I didn’t feel like I was working out as hard or as efficiently as I could. I decided it was time to officially make the change; no matter what I had to do, I needed to start working out in the morning.

The first time my alarm went off at 5:30am to make it to my 6am class, the process went as predicted: I rolled over, snoozed my alarm, and opened up my Pure Barre app to cancel my class. But as soon as I tried, I was prompted with a notification that if I went through with cancelling, I was going to get fined $20. An extra hour’s sleep wasn’t worth the price of four lattes to me, so I got out of bed and went to class. When I was getting ready for work afterward, I felt pride for what I had accomplished and had a better workday because I knew I didn’t need to rush home, change, and get to class after my commute. I realized that if I kept booking the early-morning classes, I would be stuck committing to it by the time I woke up — snoozing wasn’t an option.

The time I’m most likely to cancel an early-morning workout — by far — is when I wake up. When you look at the clock and realize you could be under your comforter, warm and snuggly for the next two hours, it’s so easy to opt-out of working out when nothing is holding you accountable (or to decide that you’ll work out after work instead). But when a fine is holding you accountable, it’s rarely worth the extra sleep; you think of your workout as less of an option and more of an obligation.

As much as quite literally getting fined if I didn’t get out of bed and work out felt ridiculous, it worked, and it made me develop a habit of it that I loved within a few weeks — something that previously had felt impossible. If I wanted to back out, I would need to do so before I went to bed — when I felt my most optimistic about an early-morning workout — so I never did. I got to the point where I was exercising before work every week day, and I truly had never felt better.

They say it takes three weeks to develop a habit and 90 days to make a lifestyle change. I stuck with my morning workouts at my studio for about four months — more than long enough for it to become a part of my daily routine without thinking twice about it.

Since then, I no longer am an unlimited member at the studio I was going to, but that time was enough to get me into the habit of being a morning workout person. Even when I’m just hopping on the treadmill or running outside with nothing to hold me accountable, I know how much better I’ll feel if I get up early and do it, so I do. It’s changed my days in more ways than I can express; I now start the day with a clearer mind and a more energized demeanor because I’m getting moving early. My strategy was one I didn’t intend to have, but it sure as hell worked — and if I knew it would have, I would have done it a lot sooner.

Shop Camis And Tanks, Black And White Jumpsuit, Pink Flat Shoes, Gowns For Sale and more. Get this widget.