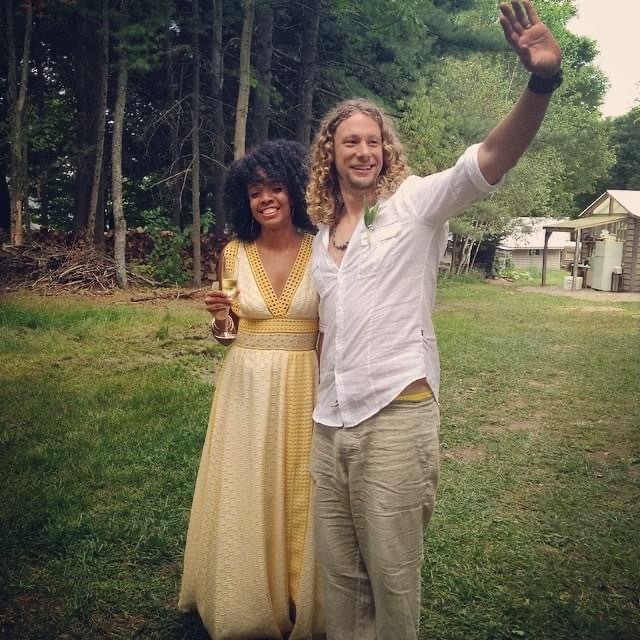 What would it feel like if you were walking hand-in-hand with your partner down the street and everyone you passed stared a little too long or whispered and pointed your way? How would you feel if strangers commented on your marriage because they couldn’t understand why you two would be together? Those whispers, stares, and comments are what I often experience, because I am in a mixed-race marriage. Interracial couples past and present have always felt the lingering eye of society, and I am here today to openly invite you into my experience.

June 12th is Loving Day, a day that commemorates and celebrates the Supreme Court’s decision to end all anti-miscegenation laws remaining in 16 U.S. states. At the time this was a landmark case, but what you may not know is that the Lovings were an actual couple. Mildred Jeter (Black and Indigenous) and Richard Loving (identified as White) fell in love and wanted to get married. However, their home state of Virginia wouldn’t allow it, so the couple crossed the border to Washington D.C to get married, and then returned to live in Virginia. Virginia’s laws at that time would also not allow mixed-race couples to marry elsewhere and live in Virginia, so in the middle of the night the Lovings were pulled from their home and thrown in jail.

The judge sentenced them to 1-3 years in jail and said they could take their punishment or leave Virginia for 25 years. The Lovings opted to leave everything they knew and loved. They continued to struggle as they were alienated from the community that they grew up with and continued to fight for justice. After almost 10 years, their case finally made it to the Supreme Court.

“Under our Constitution, the freedom to marry, or not marry, a person of another race resides within the individual and cannot be infringed on by the state,” as Chief Justice Earl Warren wrote in his decision.

Loving v. Virginia allowed every interracial couple to marry and exist freely—including me and my husband, who married in 2014. I met my husband in 2010, when we were both in the cast of the musical Rent. Our connection was and has always been really easy and drama-free. We travel well together, we laugh, cook, and dream together, so when he asked me to marry him in front of the Taj Mahal (yes! that Taj Mahal) I never gave it a second thought. Walking in the footsteps of the Lovings should have made our union seamlessly co-exist, my experiences have shown me otherwise.

Walking in the footsteps of the Lovings should have made our union seamlessly co-exist, my experiences have shown me otherwise.

During one of our travels, we took a few friends along with us on a trip to India. The night before we were set to go on a safari, the lodge guests, including my husband and friends, were sitting around a campfire after dinner. There was a white couple who began asking us the usual traveler questions such as, “Where are you from? What do you do for a living?” Now, I’m naturally an introvert, so I was hanging in the back not saying much.

The couple then asked my husband, who was the only male in the group, “Who are you here with?” My husband said, “My wife and our three friends.” The man then turned to my friend (who was the only other white girl our age) and asked her, “How long have you guys been married?” My friend’s eyes got real wide and she exclaimed, “I am not his wife, she’s his wife.” Now, I was sitting in a chair off to the side watching this all go down, as this was not my first experience with this type of reaction, patiently waiting to see how all of this was going to play out. The couple looks at me, back at my husband, and at me again, trying to calculate and make sense of us. They even had the audacity to ask again, “She’s your wife?” They were in total disbelief. That couple easily allowed their minds to accept a white couple, but a mixed-race couple was out of the question.

Experiences like this happen more often than not. People staring longer than they should, the whispers as we walk by holding hands, and the raised eyebrows we get as we introduce each other. While most people won’t directly say anything to us, the small gestures of continual disapproval are like tiny little paper cuts felt all over. 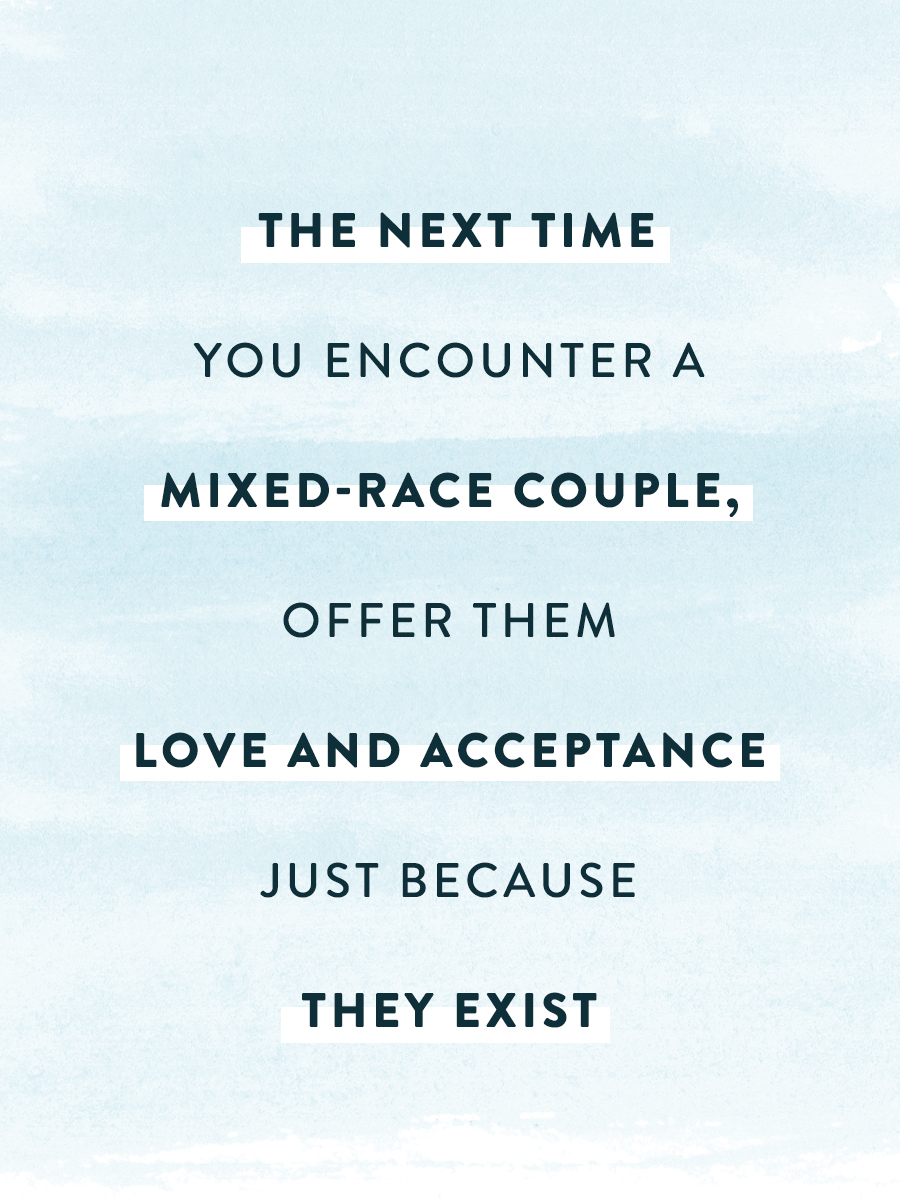 I hear, “Why would you be with her when there are so many other beautiful blonde-haired, blue-eyed women to marry?”

When you say, “I don’t really get your marriage.”

I was managing a boutique fitness studio in NYC in 2016. I was new, so my coworkers didn’t really know me yet. One day, a trainer had some free time before her class and asked me about my relationship and to describe my husband. I said something like, “He’s 6’2”, blonde curly hair, and is a Rock N Roll singer and actor.” I could see the conclusions she was building behind her eyes, but she said nothing and left to teach her class.

A few weeks later, my husband came to take a class. After he was done and left the building, the same trainer, who just couldn’t help herself said, “At first I didn’t understand why your husband looks like that, but I guess I get it.” Is my marriage something she has to get? Why wasn’t she able to accept us just because we existed? Because he’s white and I’m Black and something in her bias couldn’t compute us being together.

I tell you my experience not to teach but to share that even though Loving v. Virginia was decided in 1967, disapproval for interracial marriage is still happening in 2020. In today’s day and age it’s a true gift to find someone that you love and connect with deeply. So I ask that the next time you encounter a mixed-race couple, offer them love and acceptance just because they exist.

Want to get started? Here’s what you can do:

Looking for your understanding and compassion,

Want to learn a little more about the Lovings? Watch The Loving Story or visit LovingDay.org