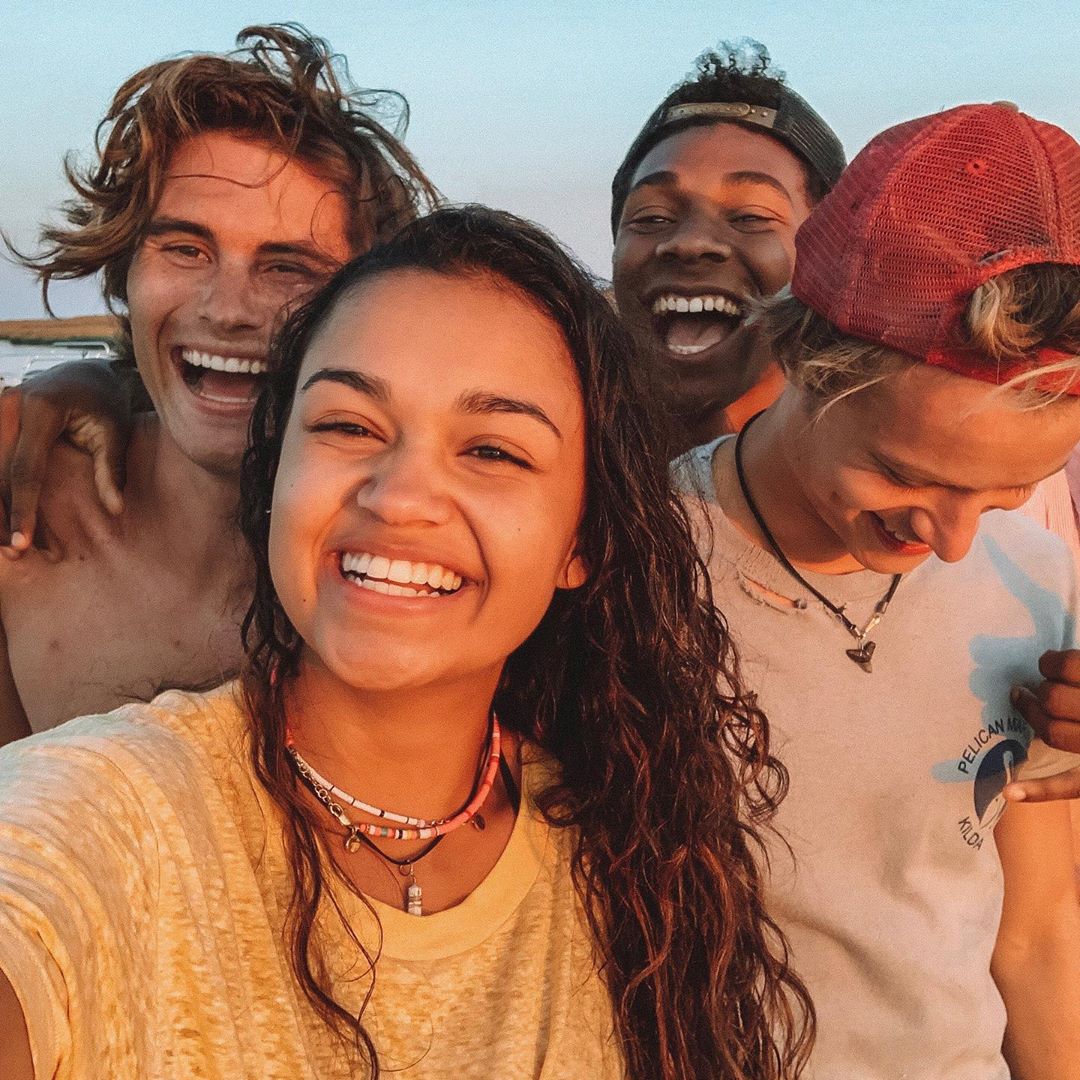 This past weekend, I did something that I have not done in a long time: I binge-watched an entire show in two days. Yes, it was only one season of 10 45-minute episodes, but still! I was hooked and could not stop watching, which is an effect that no show has had on me in a fair amount of time. The show: Netflix’s new teen drama, Outer Banks.

All week, I had been hearing people talk about “the new Netflix show,” and the more I heard, the more that I knew that this was going to be my kind of show. By that, I mean that I’m a sucker for teen romance, coming of age, a healthy dose of cheesiness, and good old-fashioned summertime adventure. Bonus points for it taking place in a beach town.

So, on Saturday night, I pressed play on the first episode–and by Sunday night, I was finished with the show, googling every member of the cast, watching Youtube interviews, and already hoping for a season two. Outer Banks is the kind of show that draws you further and further into the story with each episode, making it absolutely impossible to not let Netflix autoplay the next episode for you. There are so many cliff-hangers, twists, and revealed secrets, that I simply could not stop watching.

The story is about a group of four best friends in high school that live in the Outer Banks of North Carolina. Their island is hit with a hurricane, making the divide between the rich (“Kook”) and poor (“Pogue”) parts of town even more apparent. A mysterious accident during the storm leads the protagonist, John B., and his friends to follow in his recently-missing father’s footsteps: on a treasure hunt for 400 million dollars in gold.

1. It has a little bit of everything

The entire time I was watching, I was trying to figure out what exactly this show reminded me of, but I think the best part is that I couldn’t land on one thing. It has that nostalgic, irresistible teen melodrama that we all love, but it also has elements of mystery and suspense that really pull you in. The best way I can describe it is that it’s a mix of Ozark, Riverdale, Gossip Girl, and The Goonies —with a touch of The Outsiders.

2. The characters are facing real-life and relatable struggles

OK, we may not all have been on a treasure hunt for long-lost gold when we were in high school, but there is no shortage of sub-storylines that feel all too real. The group deals with the pressure of college and scholarships, issues within their friendships, trying to navigate young love–and on a more serious note, the foster care system, domestic violence, and drug abuse.

I watched an interview with the two main characters on Youtube, where Madelyn Cline (who plays Sarah) talked about how important it was to her and the rest of the people involved to portray a healthy relationship among teens, in which they experience firsts in a totally consensual way, in order to provide a good example for young viewers–which I think is so awesome!

3. It keeps you guessing

I wasn’t expecting the mystery and suspenseful elements of this show. As I mentioned, I just couldn’t stop watching because I needed to know what would happen next. Many of the episodes end in a cliff-hanger, which is the foundation of the perfect recipe for a binge-worthy TV show. Not only are mysteries unfolding in regard to the hunt for gold, but viewers start off knowing that John B.’s dad has been lost at sea and presumed dead for almost a year–but John B. thinks otherwise and is simultaneously trying to figure out what happened to him.

4. It provides a little escape to their world

The beautiful scenery, beautiful people, beach parties, and boat rides allow you to slip into another world. There is no better time than now to completely get lost in a new story, and Outer Banks certainly helps you forget about our current situation, even if just for a little while. It all had me feeling very nostalgic for summer, beaches, and rebellious youth.

5. The characters are complex and interesting, and their chemistry is undeniable

A lot of teen dramas are chock-full of predictable and shallow characters, but you won’t find any of those in Outer Banks. Each episode lets you a little further into each of the character’s personal lives, revealing deep secrets that explain why they are the way they are. Even the resident island douchebags, Topper and Rafe (yes, we do have some interesting names at play), have a few shocking character developments. In my opinion, one of the best parts of the show is how great the chemistry is between all of the actors. Their real-life friendship (which I know about because of my aforementioned social media stalking) exudes off the screen–and makes you wish you were a part of their crew.

Bonus reason: Everyone is extremely easy on the eyes

Get ready for lots of distracting shirtless abs and smoldering looks. I’ll just leave this here (don’t worry–he may play a 16-year-old, but Chase Stokes is 27 in real life!).

Have you watched “Outer Banks” yet? If so, let us know what you thought in the comments!