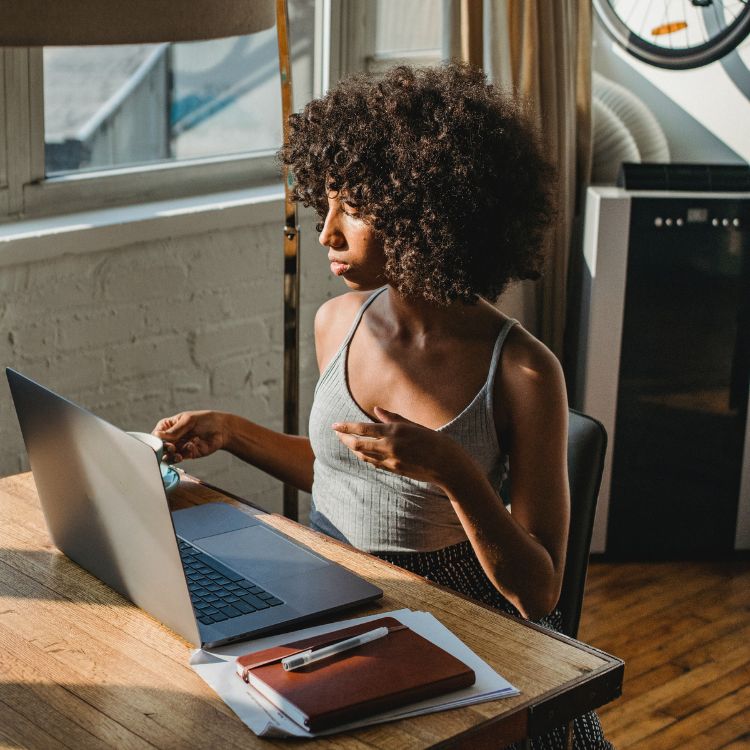 Don’t get me wrong: I love my job. I’m passionate about my work, inspired by my coworkers, and am awash with a sense of satisfaction when I close my computer at the end of the day. What I’m less than thrilled with? The narrative surrounding work. On the cusp of the millennial/Gen-Z divide (an unintentionally cheugy, geriatric “Zoomer,” if you will), I’m no stranger to the era of girl boss-ing and giving into the hustle culture that’s defined so much of my early career. And of course, throughout a culture-shifting pandemic, the Great Resignation, and disproportionate rates of burnout among female and BIPOC employees, we’re all just a little tired of the grind, aren’t we?

Enter the viral TikTok term that’s surfaced as a departure from it all: quiet quitting.

Of course, nothing enters the common lexicon or captures the attention of the current cultural zeitgeist without a little backlash (and believe me, quiet quitting as a concept—and a workplace practice—has seen it all). Today, I’m breaking down what quiet quitting is, why it’s receiving the buzz it has, and how adopting its principles could help us achieve a bit of the elusive work-life balance we’ve been chasing for years… er, generations.

What is quiet quitting?

It’s not hyperbole to say that I’ve never seen a social media term saturate the digital space quite as quickly or forcefully as quiet quitting. Ironically, I discovered the trend through word of mouth, when my therapist matched my weekly existential am-I-identifying-too-much-with-my-job pondering with, “Have you heard about quiet quitting?”

At that point, the concept had already started to garner major traction. While most sources will attribute the coining of quiet quitting to the viral TikTok posted by Zaiad Khan, its first known use comes courtesy of Bryan Creely, a Gen X career coach who posted this TikTok outlining the benefits of stepping back and the specific cultural conditions that brought us to this breaking point.

This rebellion against toxic work culture has been decades in the making. But with unemployment hitting a sharp peak during the beginning of the pandemic, the same environment that set the stage for the Great Resignation (the ongoing trend of employees leaving their jobs beginning in 2021), made the push for leaving long hours and low pay behind all the more immediate.

What’s interesting though, is where the two videos diverge. While Creely begins his TikTok with, “Hate your job but don’t want to quit? Try being lazy instead,” Khan’s gentler approach appeals to a younger, largely Gen Z audience—folks who know the importance of investing in your mental health and protecting your well-being at all costs. Halfway through, he invites viewers to consider a thought that I’ve honestly jotted down as a daily affirmation: “Your worth as a person is not defined by your productive output.”

Because—hot take—while some might call deliberately choosing not to go above and beyond your job requirements if the compensation doesn’t match your efforts “lazy,” well, those of us who prescribe to Khan’s interpretation would argue that it’s… what’s expected of us?

That, I believe, is where the term quiet quitting gets muddied—and where the controversy ultimately lies.

The pros and the cons of quiet quitting

Just as I’ve never seen a new term go viral quite as quickly as quiet quitting, I’ve also never seen a social media trend garner so much in-depth scrutiny and analysis in a matter of weeks. My theory? It’s that our always-on and always-available, mile-a-minute lifestyles view quitting as a definitive statement—and because of that, there’s nothing quiet about it.

As the concept has been defined, we’re not quitting work in its entirety as some may argue. Instead, the term turns the negative association we have with quitting on its head—and empowering our work lives with boundaries and an active choice to no longer give into the pull of perfectionism. Is anyone else done with putting in the long nights simply for the sake of long nights? We’re not giving up on personal growth, workplace improvement, or creating a culture of coasting. What quiet quitting really does is make work simply a part of our lives—not the whole dang thing.

On the other hand, I also understand the backlash—and have concern for the populations it might impact the most. The work has to be done and if that expectation remains consistent as some of us choose to step back, well, then others have to step up, right? 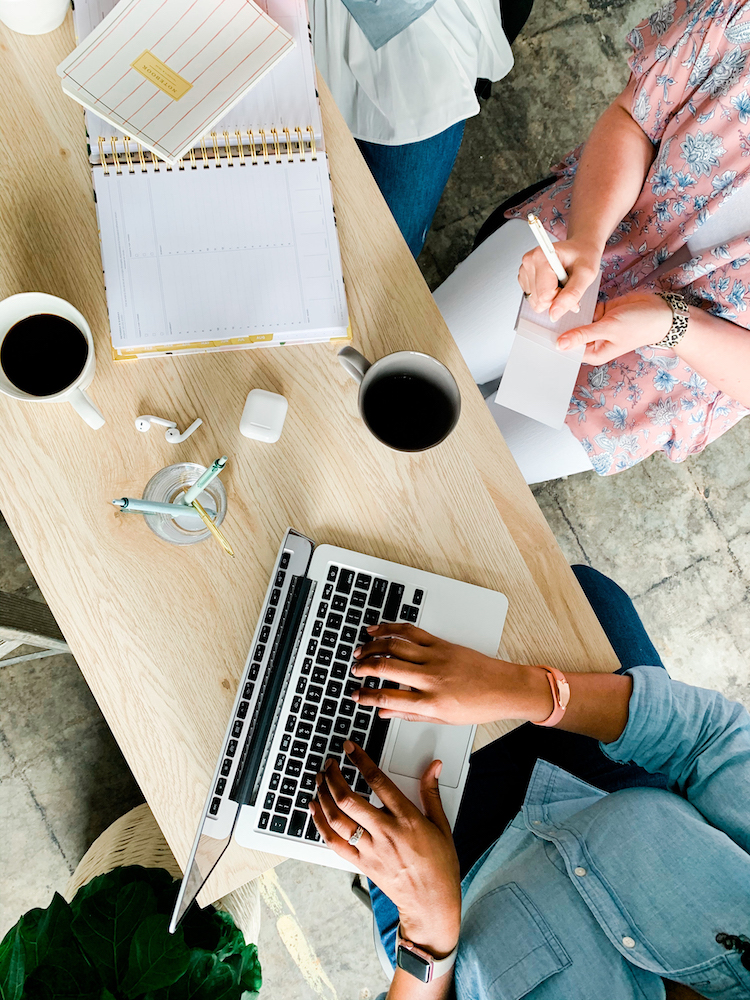 Netflix’s new show, Partner Track, gives cinematic shaping to the experience of being the only minority in a given office or on a team. And as protagonist Ingrid Yun knows, she has to work more and work harder than any of her (largely male, largely white) colleagues to receive a shred of the recognition they’re accustomed to. And because Ingrid says that she “doesn’t have the luxury” to ever stop working, is she destined to be left behind as white employees move to greener, more well-balanced pastures?

I bring this example up not just because this is my new favorite show. Oftentimes, whether it be because of race or gender, people may think that stepping back or even simply doing what’s asked is a luxury not afforded to them. So then, what does quiet quitting mean for those employees who can’t join the Gen-Z majority who choose to see themselves as more than their job, if they’re not allowed the socio-cultural bandwidth to do so?

How to practice quiet quitting in your work life

Unfortunately, I’m not able to solve these larger questions in the span of a single article. However, I can share a few actionable tips and elements of quiet quitting to focus on and put into practice in your everyday work life. If leaving your job in droves as a part of the Big Quit (again, the Great Resignation or whatever you call it) wasn’t an option, the beauty of quiet quitting is that it allows you to construct a healthier, better work-life without leaving your job altogether.

We’ve written about them before and we’ll shout about their importance until we’re blue in the face. In work, your relationships, and really every aspect of your life, boundaries are the key to removing the excess in your life, making your needs known, and ensuring that what should be prioritized gets top billing. That’s not working less—it’s working smarter (and remembering that you don’t have to do it all). Pro tip: Set your boundaries, yes, but be sure you’ve expressed and communicated them clearly with your coworkers and supervisor. What’s the point of boundaries if others aren’t given the roadmap to respect them? 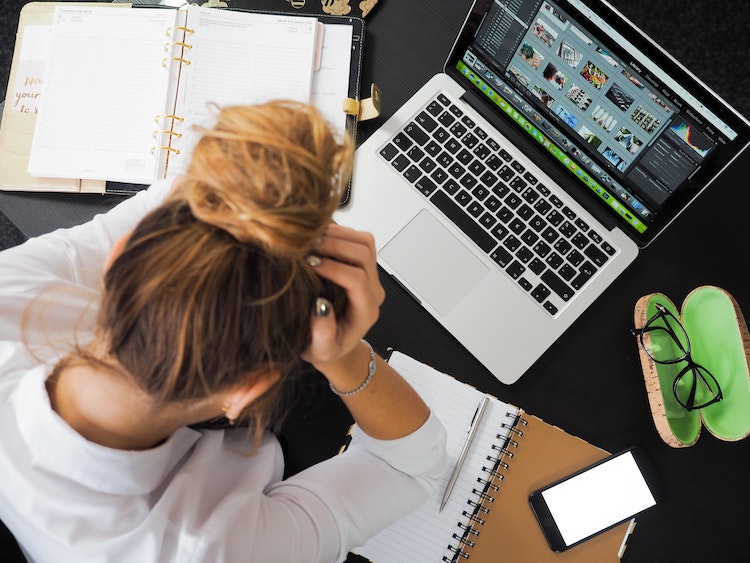 Release the need for perfectionism

While quiet quitting is rightfully posited as a refusal to give into toxic work culture, it’s also a good practice for all of us perfectionists out there (myself very much so included). Take a step back and reflect on the expectations you place on yourself at work. Are they realistic? Do they align with the goals and expectations of your team and your supervisor? This can also be a good opportunity to chat with your manager to make sure you’re aligned on what’s expected of your role. Because as many of us know, perfectionism often masks itself as the unproductive onslaught of negative self-talk. And I know I could do with a lot less of that in my life.

In a similar vein as the tip above, it’s important to remember that not all failures look alike, and in truth, they’re often the best opportunities we have to learn, improve, and grow. Think about the last time you considered something a failure at work: Was the impact of your actions in proportion to how badly you thought you messed up? Chances are, it wasn’t a big deal, and even if that’s the case, you likely garnered some beneficial information from the experience, and you’ll do things differently next time.

You are enough. As someone whose work is driven more by deadlines than putting in a certain number of hours, I’ve, at times, honestly romanticized the 9-5 that my parents lamented. There’s freedom in knowing that, at the end of the day, what you did, what you accomplished, and what you contributed was enough. And while you’re certainly welcome to receive praise from your boss on your last project, know that it doesn’t define your self-worth. You are a person before you enter the office or log into your email and have worth when you close things down at the end of the day. Celebrate your wins and recognize your strengths—and know that what you do professionally is only a small sliver of the larger picture.

When it comes down to it, it isn’t only the additional hours employers ask of us that lead to burnout, but the additional emotional space and time that could’ve been spent doing a hobby, learning a craft, or being in the company of loved ones. What ascribing to quiet quitting earns us is the freedom of personhood and the permission to return to work the next day knowing that whatever we do, it isn’t who we are. 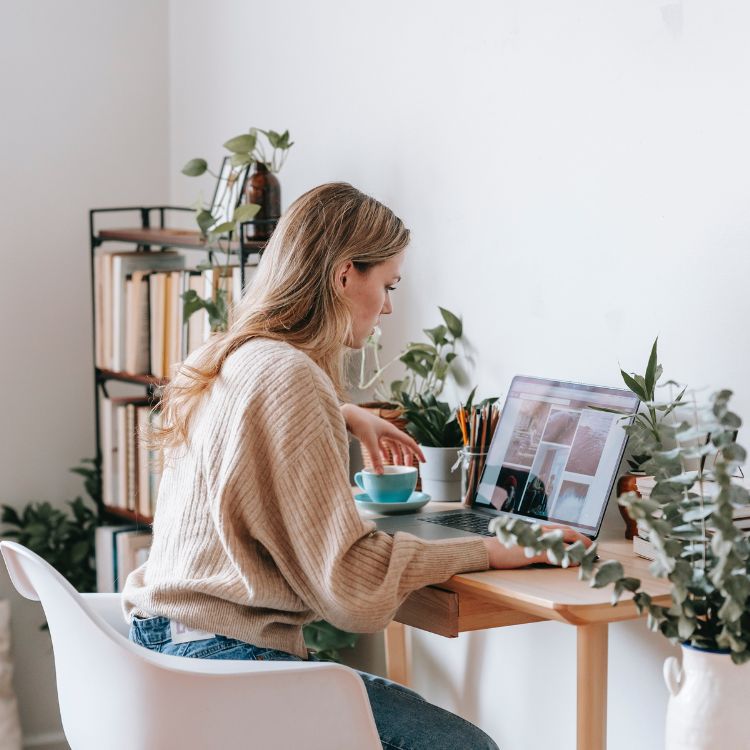