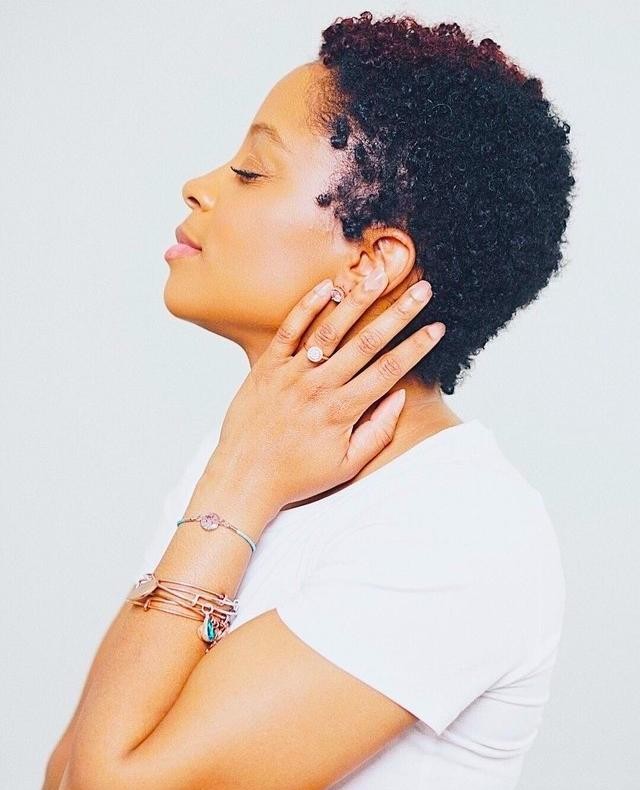 When you come across a wall of graffiti, most consider it either an eyesore or art — but when Amy Peterson stumbled upon a patch of it that had fallen off a wall on a run through Detroit one morning, she had an idea to turn it into something beautiful: jewelry for a good cause.

In 2013, Rebel Nell began with the mission to employ women facing barriers to employment in Detroit. Since then, they’ve been educating these women on financial management, life wellness, and entrepreneurship; and empowering them to transition to a life of independence.

Amy Peterson came up with the idea for the company while working in her former career — in major league baseball.

Wear a piece of Detroit close to your heart! Click the link in bio to shop our Mykira earrings. | #rebelnell #iamrebelnell #mykira #shoplocal #detroit

“I knew at a very early age that my dream was to work in baseball, ironically. I set out with that vision in mind, and so even at 14, I was meeting with people trying to figure out how to get into the industry, and I did the best I could knowing that people were telling me it was going to be harder as a woman,” Amy said.

“A lot of people told me not to do it, and I used that to fuel me. I went to college and went to business school because I wanted a well-rounded brain and I wanted to be able to compete in what would be a very male-dominated culture. I didn’t want to to give them a reason to say no to me.”

A lot of people told me not to do it, and I used that to fuel me.

After countless applications to teams across the country, Amy heard back from the Detroit Tigers. From there, she worked her way up from intern to associate council and stayed with the team for 11 years. One day, she realized that one of her greatest passions was empowering women. Her job was located next to a well-known women’s shelter, and she developed her mission for Rebel Nell.

“I wanted to start a company that would teach a woman to fish, and Rebel Nell was born,” Amy said. “I also envisioned it as a passion project and here I am, six years later, doing it full time.”

Our Production Management Team is kicking some serious a** this summer! Each piece of Rebel Nell jewelry is 100% unique + is made with love + personality from each member of our team ✨ | #rebelnell #oneofakind #oneofnootherkind

Cooking up new ideas at the studio today ? #rebelnell

“Her nickname was Little Nell. We thought she was deserving of a more badass nickname, so we came up with the name Rebel Nell,” Amy explained.

Unlike most companies, Rebel Nell’s mission was developed before they knew what the product would be. After toying with the idea of incorporating graffiti into hand-made jewelry, she came up with a completely unique product that she went on to test and show at art fairs. From there, she met with the women’s shelter and started employing women.

“At first, we were hiring on our own and learned that it wasn’t really the right move, and it wasn’t sustainable,” Amy explained. “We started working closely with the case workers at the shelter who help us identify women who are ready for this kind of a transitional opportunity, and it has been the key to our success. The caseworkers are angels walking this planet, and they continue to be a major part of our hiring process.“

This week has been full of celebrating, making lots of new jewelry, meeting new customers, and filling your orders- we couldn’t have done it without our amazing girl squad of founders, friends, volunteers and creative designers ?‍♀️ women-run, from start to finish. #rebelnell

Rebel Nell‘s journey hasn’t been without challenges. Amy said that a large challenge in what she does is figuring out how to articulate just how important Rebel Nell’s work is.

“We often get people saying that our price points are high, but we value the importance of paying above minimum wage and making sure they’re taking classes while they’re employed by Rebel Nell — and thats reflected in our price. You aren’t just buying a cool piece of jewelry, you’re providing opportunities for women.“

But above that, Amy’s emotional investment in her employees has opened her eyes to a system that’s more broken than she could have imagined prior to her company.

“I knew the system was broken before I started this company, but I had no idea how broken it is until you’re really in it and living every day with them and seeing how badly they want to break through for themselves and their family,” Amy said. “Every time there’s a mini win, something knocks them back down, and we’re here to be that support system. It requires a lot of energy and a lot of love, and we’re happy to give it.”

Every time there’s a mini win, something knocks them back down, and we’re here to be that support system. It requires a lot of energy and a lot of love, and we’re happy to give it.

Many women who experience homelessness also suffer from financial abuse. Equipping women with the financial management skills + confidence they need is a huge part of our programming! #womeninfinance #womenentrepreneurs

Want to work with us? We're looking for a creative + energetic intern with an eye for photography, retail design, and sales to join our team for the summer. Interested? Follow the link in bio for more info! ? #rebelnell #internship

The first “ah-ha” moment Amy had with Rebel Nell was at an art fair, where a woman stopped to check out their jewelry, but said she would come back later. When she did (Amy explained people often say they’ll return, and often don’t), they explained the story behind Rebel Nell, and the woman purchased a necklace — and the employee who made it got to watch it happen.

“She took a picture with her, and the woman eventually left, and Patricia (the employee) literally fell to the floor and started crying, and she was like “I made that. That was me. And that woman loved it.”

“This jewelry builds confidence back up in these women, and they’re one-of-a-kind and unique not only because of the graffiti but because of the woman who made it. That’s when I realized the impact of the jewelry.”

Unlike many entry-level positions for someone trying to re-enter the work force, Rebel Nell serves as a creative outlet — a place where women can feel passionate and proud.

“It’s an outlet from everyday life. They can sit down and look at colors and pick what they like — and forget that they’re going back to the shelter tonight. That’s a great little release.”

They can sit down and look at colors and pick what they like —and forget that they might be going back to the shelter tonight.

In the future, Amy hopes to expand to more cities that they see fit — they just did their first collection in Chicago, which benefitted one of the city’s women’s shelters.

If Amy could tell her 22-year-old self one thing, it would be that it all is going to be OK — something she’s proven not only to herself, but to the women who’s lives she’s turning around every day.