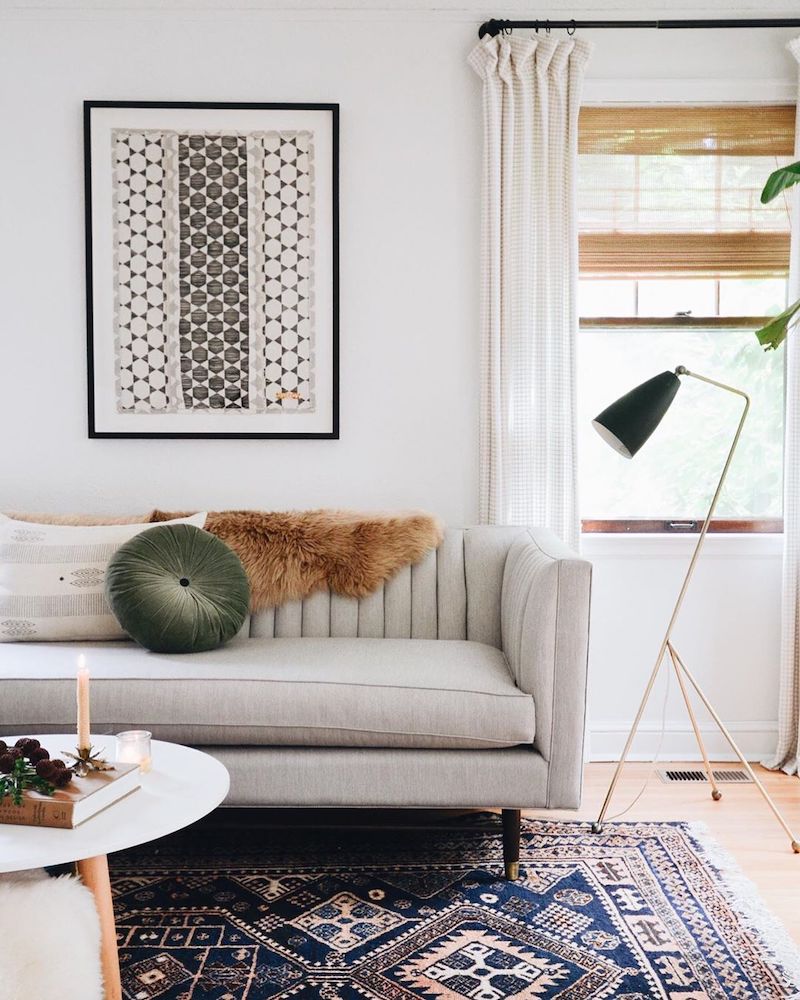 Loving scary movies used to be a hidden, quirky, under-the-radar fact about me; something that would come out subtly after months of knowing me. Since then, it’s become one of my top five personality traits, and you can look at me and think, “Yep, that girl hasn’t watched a romantic comedy since 2012.”

Last Sunday, I decided to finally dive into the beloved classic Eat, Pray, Love and was so ungodly bored that I lasted all of 27 minutes before shutting it off and feeling smug about knowing myself well enough to not try to watch it prior. What can I say, I’m a sucker for a thrill.

Over my very exciting 23 years of life, I have watched a lot of scary movies. Have I watched them all? No, but I’ve watched so many that you could probably have me arrested based on my Netflix history being so suspicious and alarming.

Even if you’re not scary-movie-obsessed, it’s pretty easy to spot a horrible horror movie, but unless you’re willing to sift through hours and hours some of the absolute worst television that exists, it’s very difficult to find a good one. Luckily, I’ve sacrificed myself and have done it for you.

It’s officially Scary Movie Season, so to welcome it with open arms, these are the best horror movies and thrillers that you can stream this season.

I watched this movie alone last night, which is deeply alarming to type, but I’m admitting it because I felt it necessary that everyone knows it’s fresh on my mind. This movie is truly disturbing and is a classic for a reason: it’s hard to watch, and an extremely hot man is murdering people left and right. Netflix came through for all of us by making it available to stream (However, I would like to point out that they do have it in their “Drama” category, and that I would say is very much incorrect).

I resisted watching this for many months because the double V instead of a W in “Witch” threw me off so deeply, but The Witch (or as I continue to say in my head, the Vitch) was one of the best hidden-gem scary movies I’ve seen in a long time (which is saying a lot from me because usually, I make it about 10 minutes through a period piece before shutting it off). The description on Netflix is, “Believing that a witch has cursed the family, pilgrims homesteading on the edge of a primeval New England forest become increasingly paranoid,” which I figure makes you want to watch this as much as I did (not at all), so instead I will say this: this movie feels deeply terrifying because it was set in Colonial times and everyone was concerned about witches to the extent of being willing to kill their own offspring over it. Check it out.

I absolutely adore a scary movie where the antagonist (or shall I say murderer) is a real person and not a ghost or a “Bughuul” (@Sinister), but they are shockingly difficult to find. This is a classic landlord-gone-bad film, and it will leave you wanting nothing more. (They did, however, make a sequel entitled — you guessed it — 14 Cameras if this wasn’t enough for you).

When this came out in theaters, there was a lot of hype surrounding it and for damn good reason. There are a million layers to this movie, and after I watched it for the first time, I immediately said that I wanted to watch it again because there were probably so many things that I missed — and I was correct. This is a far cry from a jump scare movie; it’s dark, twisted, smart, and is absolutely one of the best horror movies I’ve ever seen, period.

If you haven’t seen this movie, you probably wouldn’t be reading this article, but I absolutely needed to include this (plus, acknowledge that the right choice was made by Netflix by adding the 1976 version instead of the absolute train wreck that is the 2013 remake). If you’re having a girls’ night and are trying to force everyone to watch a horror movie, you can probably swing this one because A. non-scary movie lovers have most likely already seen it, and B. it was made in 1976 so you can tell everyone that it can’t be that scary.

I’ve mentioned this movie in every horror movie roundup I’ve ever done, and I will continue to until the day I die. This could just be a personal thing where this movie hit be harder than the rest of the general population, but it is one of the few movies I’ve seen that genuinely terrifies me. Every single time I’m at a cottage in Michigan, I literally can’t sleep because I think about this movie. If you aren’t scared of potato sack masks, you’re about to be.

My friend and coworker Beth Gillette and I watched this together one Saturday night, and I would do anything to have footage of our faces as we were reacting to what we were seeing. This movie is, in short, absolutely insane. I made my roommates watch it the next day just so I had more people to talk to it about and so they’d stop calling me “dramatic” when I kept saying “it was the craziest thing I’d ever seen.”

My friends and I all had very different opinions of this movie, but I personally enjoyed it, and luckily, that’s all that matters here — what can I say, I’m a sucker for a cult. (Disclaimer: this trailer is incorrect, and Liam Hemsworth is not in this film, although the main character does slightly look like him, and I can see how the mistake was made).

Y0u’ve seen it a 100 times, and ’tis the season to watch it for 101th. Perhaps the most classic horror movie of all time, Halloween just doesn’t get old.

The concept of this movie is unique and horrifying: a masked lunatic intrudes on deaf woman’s home. Without her being able to hear him (and with him knowing she can’t hear him), things escalate quickly and will keep you guessing throughout.

As I’ve said countless times, I like scary movies, which generally means that few of them stick with me or scare me that much. This was an exception to that rule. I saw this in theaters, and there literally was a moment that I wished I wasn’t watching it because I was so chilled to my bone. (Those of you who’ve seen it can probably guess when it was.) As I write this, it makes me feel a hint of nausea, and I can confidently say I will never watch it again — but you definitely should. It’s written and directed by Jordan Peele of Get Out fame, so you can expect similar overarching themes — but in my humble opinion, this is much, much scarier.

I saw this in theaters with my friends in college, and when we left, we all felt like we had just run a marathon. This is positively exhausting to watch, once in a while you’re in the mood for that kind of thing. Every single thing that happens in this movie is insane and is a metaphor for something, so be prepared to do a lot of googling afterward.

Anything with Stanley Tucci gets many a bonus points from me, and although this movie feels a little like a A Quiet Place, just without John Krasinski and with a cult thrown in the mix, it’s worth throwing on for a night with friends, or with your latest cuffing season Bumble match.

Whether or not you’re generally scared of the paranormal, this movie will most definitely scare you. This movie has a haunting, some ghost hunters, and many, many jump scares — it’s a Halloween treat.

This is under the “Scary as Hell” category on Hulu, and I would enthusiastically agree with that. I’ve only seen this once in my life, but it has haunted me since. Three filmmakers go into the woods and are haunted by an entity, and it’ll give you that agoraphobic-lost-in-the-woods kind of terror.

This movie has been on the brain for me lately because of the very similar story that’s been in the news, so now feels like a perfect time to rewatch this. There’s not too much I can say without giving away the entire twist, but if you’re looking for a good ole’ 2010s classic, look no further than Orphan.

What’s your favorite horror movie? Let us know in the comments below!