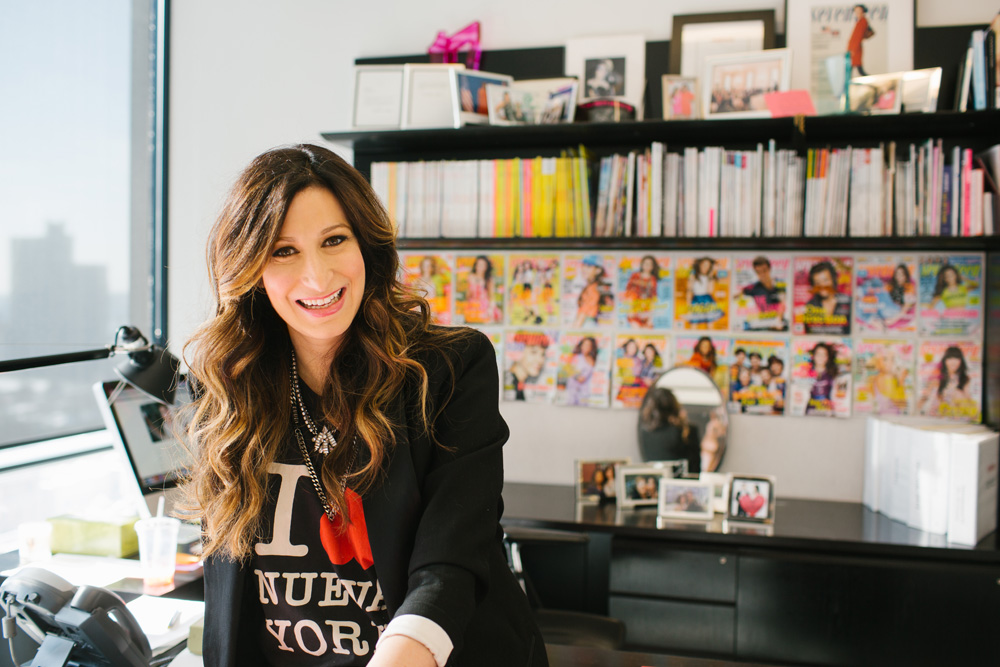 “There’s no such thing as balance. You have to embrace the mess.” Adopting such a refreshing and very real attitude toward the constantly debated issue of work-life balance is exactly why Seventeen’s Editor-in-Chief Ann Shoket has built both a family and a magazine she’s immensely proud of. Over the past seven years, Ann has expanded the magazine’s presence to more than just the monthly magazine you see on the newsstands —there are YouTube channels, numerous social media accounts on Twitter, Pinterest, and Facebook, and even iPhone apps! That natural ingenuity, ability to deliver thought-provoking content, and talent for connecting with her readership through all outlets can be traced back to her days as senior editor for React Magazine, where she discussed legal issues for teens, and CosmoGirl!, which she helped launch and grow for almost a decade. To say Ann has been fearless and ahead of the curve throughout her whole career is quite the understatement!

Seventeen has been such an integral part of millions of young women’s lives — including ours. We have fond memories of waiting for each monthly issue to come in the mail and voraciously reading the articles after school with our girlfriends, so we’re absolutely thrilled Ann agreed to take time out of her hectic, meeting-filled schedule to talk to us. Today, she shares with The Everygirl her journey from studying at NYU to becoming the powerhouse Editor-in-Chief of one of America’s most influential magazines. So read all about Ann’s start in journalism, be inspired by her drive, and embrace a mini-throwback to your teen years. Like Ann says, “Seventeen Everywhere, Seventeen Forever.” 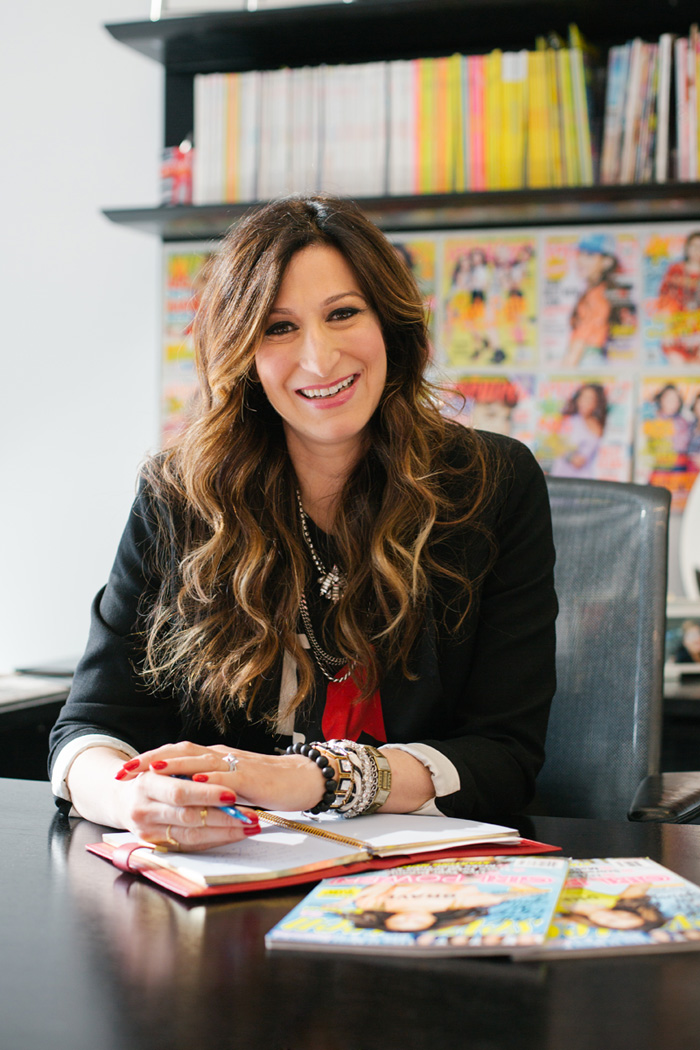 What was your first job after graduating college and how did you land that opportunity?

Working at The American Lawyer sounds snoozy, but it was an amazing opportunity. It was run by a legendary and entrepreneurial journalist, Steve Brill. When I arrived there, he had just launched CourtTV and he was developing an online service for lawyers, in addition to a dozen legal newspapers and the iconic American Lawyer magazine where major journos had gotten their start. It was my first taste of multi-platform programming—a lesson I’ve taken with me throughout my career. About two weeks after I started my job there OJ Simpson took his fateful ride down the LA Freeway in his White Ford Bronco, and suddenly legal journalism was very buzzy—not snoozy!

You were an associate editor of American Lawyer Magazine for a few years. How were you able to use that experience to land the Senior Editor position at React Magazine (a teen offshoot of Parade Magazine)?

Be fearless, try everything, and don’t plan too much.

After that, you became the senior editor and eventually executive editor of CosmoGIRL! How did you utilize your past experiences at your previous jobs to advance at and grow CosmoGIRL?

I am driven by a fear of boredom! I was always asking for more assignments, taking on more responsibilities, and getting involved in bigger picture strategizing. That’s how I grew my career at CosmoGIRL! and our parent company Hearst. The key is never to do things the way you’ve always done them. Teenagers teach you to be fearless and to constantly evolve.

In 2007 you became the Editor-in-Chief of Seventeen Magazine, which has reached 13 million young women and inspires them to be confident and creative. How has being such a big influence on young women impacted you?

It’s an honor to be at the helm of such an iconic brand. Women of all ages tell me how important Seventeen was to them when they were teens, and it’s my mission and my responsibility to create a brand that is just as influential to this generation of women as it has been to generations before. 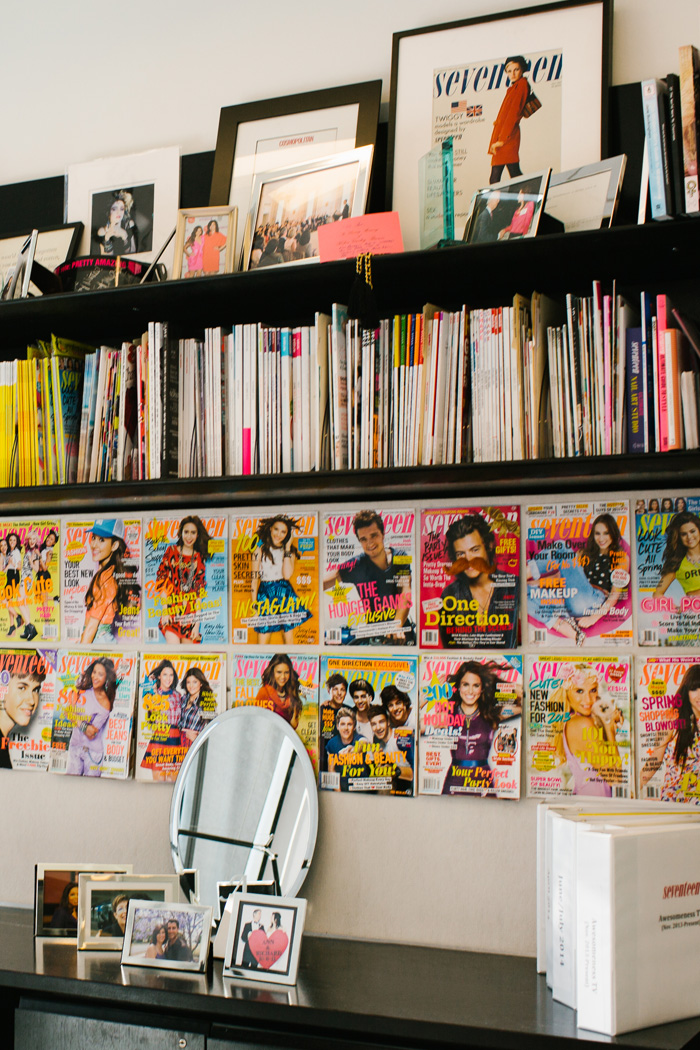 You’ve helped grow your magazine into more than just a magazine—you’re now a brand that has conquered media channels (particularly social media) like Twitter and Pinterest. You even have a Seventeen Magazine iPhone app. What was that process of branding and creating other avenues for reaching young women like?

My mantra is “Seventeen Everywhere, Seventeen Forever.” It’s our mission to be wherever and whenever teen girls are. That has catapulted us into some very exciting new platforms like our new multi-channel network on YouTube, but the core of the conversations we’re having on every platform is constant: fashion, beauty, relationships, confidence, and the best friend voice of the brand.

For those who aren’t familiar with the role of Editor-in-Chief, what does your work schedule look like on a day-to-day basis?

Non-stop meetings! I’ll meet with my department heads about issues with current pages, news that’s breaking on our social media, and long term planning for the brand. I’m looking at layouts, strategizing about the covers, and developing a marketing strategy for our apps. I’m also evaluating new opportunities for the brand and tapping into the expertise of the smarties in Hearst corporate. It’s never dull!

Networking is such a crucial aspect of both the business and creative sides of a magazine. Since it is so important to have that skill nowadays (whether you want to be a journalist or engineer), what advice can you give young women on becoming better at it?

Don’t think about what someone can do for you or who they can introduce you to. You have to find folks that you’re genuinely interested in and find ways to collaborate. Networking is such a cold term. What you’re really building are friendships in business. 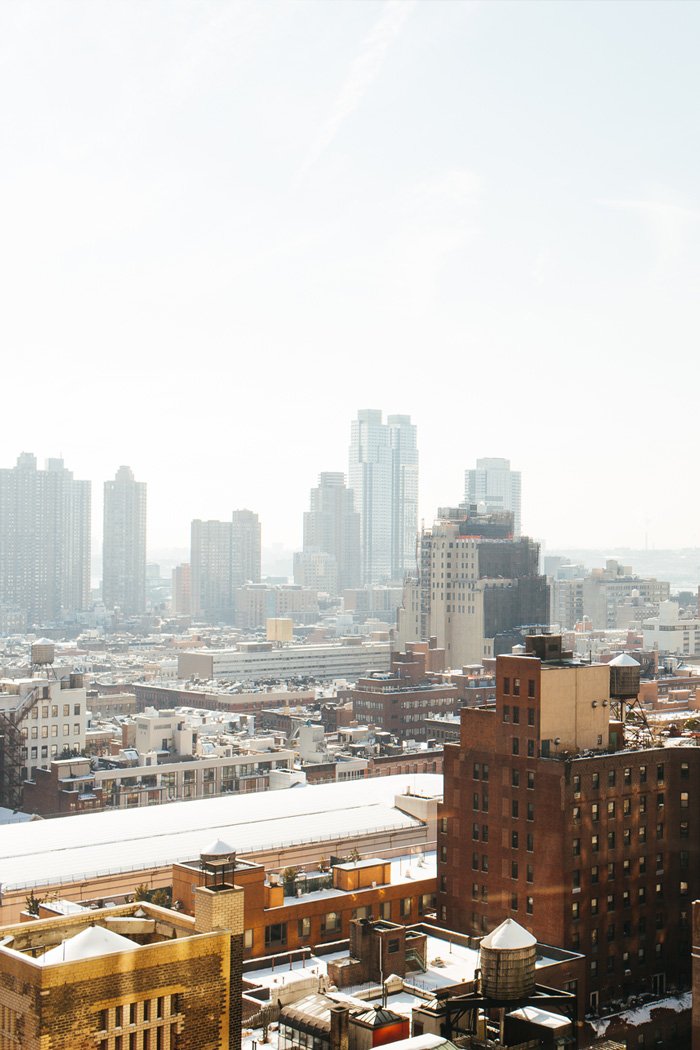 What do you foresee for Seventeen in the next five years?

One of the most important things that teenagers have taught me is to be fearless, try everything, and don’t plan too much. Seventeen will continue to be wherever and whenever teen girls are, and we will continue to reinvent the brand to reflect the texture of their lives.

For the young women out there with a passion for journalism and a desire to pursue a career in it, what advice can you give them?

I give young women two pieces of advice from my own experience: work at a start-up (like I did at CosmoGIRL! and my site Tagmag.com)! You get a chance to do a little bit of everything, and there’s nothing more fulfilling than building a business from the ground up. Then work at a legendary brand (like Seventeen). It’s an amazing feeling to work for such an icon with such tremendous history and that legacy opens a lot of doors and allows you to make your biggest ideas happen.

We know your schedule must be quite hectic, how do you balance your work with personal “me” time?

There’s no such thing as balance. You have to embrace the mess!

There’s no such thing as balance. You have to embrace the mess!

What is the biggest challenge of being an editor?

Time! The clock is always ticking towards deadline.

What has been your biggest accomplishment outside of Seventeen?

Dream bigger than you ever imagined you could. You have no idea the adventures in store for you if you just go grab them! (paraphrased from advice that I got from the legendary Barbara Walters!) 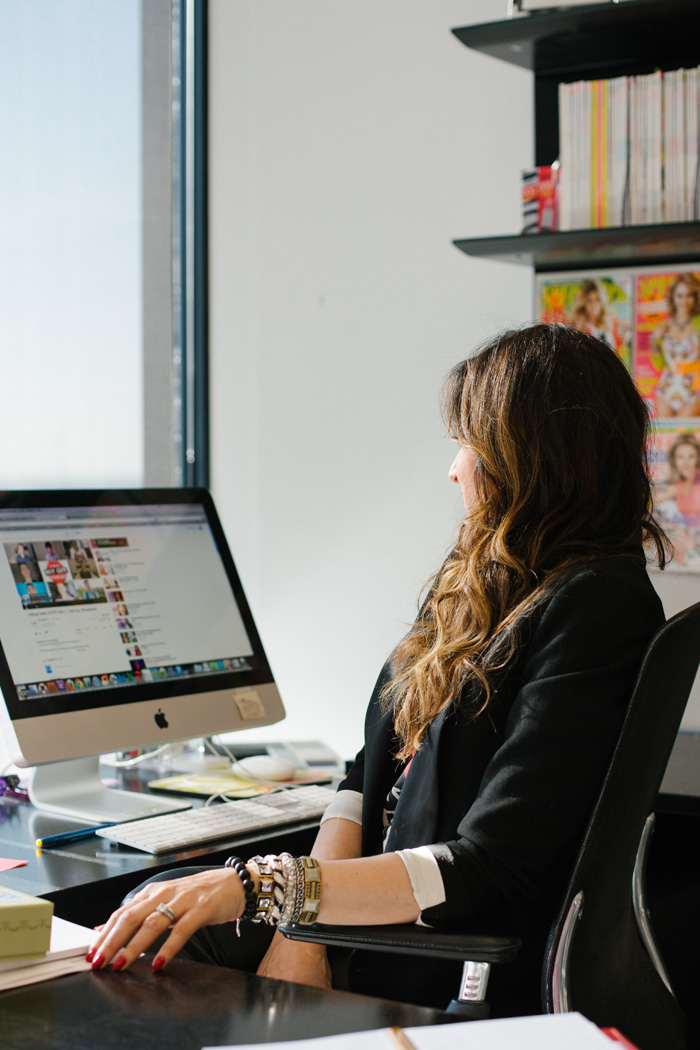 Ann Shoket is The Everygirl

Must-haves for a meeting at Seventeen.
Vanilla Cappuccino & Swedish Fish. Sugar and caffeine make everything (including your ideas) better!

Favorite way to spend a Sunday?
Saturdays are about running errands and tying up odds and ends that you can never seem to get to during the week, so Sundays are for total relaxation. I could spend hours reading magazines on the Next Issue App on my iPad. On a nice day, I love the walk along the river from Chelsea Piers down to Battery Park City (even better if it ends with a burger and a glass of Sauvignon Blanc at PJ Clarke’s). By Sunday evening my brain turns back on and I plow through a stack of copy that has to be read, pages that need to be edited, and emails that need to be sent. My team knows they will hear from me Sunday evening… but I don’t expect answers until Monday!

Best advice you’ve ever received?
My favorite interview ever was when I sat down with Barbara Walters. I asked her, what do you know now that you wish you knew when you were a teen. She said, “Don’t imagine that your life now is the way it’s always going to be. You have no idea how interesting your life can become.” That’s an amazing message for women of any age. There are endless possibilities out there for you. You just have to be open to them!

Perfect date night in NYC?
Ordering in meatball pizza from Tappo NYC and queuing up Netflix!

If you could have lunch with any woman, who would it be and what would you order?
My great-grandmother, who I’m named after. I never met her, but I’ve heard that she was one hell of a businesswoman (and that she made a major chicken soup)!