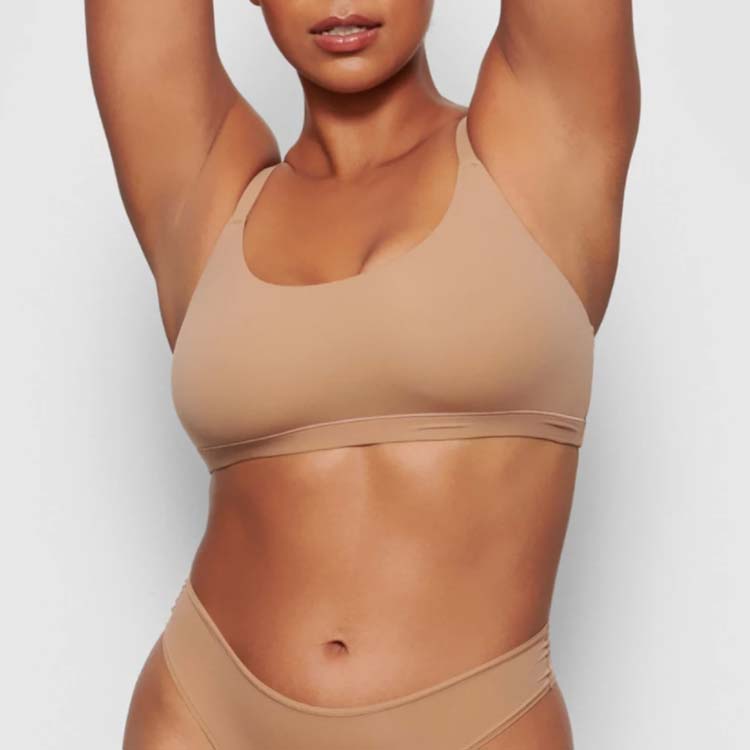 You know that feeling when you get home at the end of a long day? The one where you strip down out of your work clothes, wipe off your now-cakey foundation, and, of course, unclasp your bra? *Audible sigh.* Well, this used to be one of the most relaxing parts of my day, especially the bra part—that is, until a SKIMS bra made me forget I was even wearing one.

It’s no secret that Kim Kardashian’s shapewear line, SKIMS, is loved by many. After purchasing her Seamless Face Masks at the beginning of the pandemic and the Soft Lounge Slip Dress once it went viral on TikTok, I knew she was on to something. If she could make the comfiest dress and face mask I had ever worn, perhaps she could make a comfy bra, too. But until I finally purchased one of her bras myself, I had no idea what could be so good about a bra.

I had spent years hating bras. Nothing ever fit juuuust right. Any bra I tried always made me feel claustrophobic and restricted, were ridiculously expensive, and were just plain uncomfortable. Especially as a bigger-chested girl, there was always a really fine line between support and comfort. I wanted them to look good, but I also wanted to feel good.

So, of course, after seeing SKIMS being raved about for months and months, I finally decided to give it a try. At first, I opted for one of her triangle bralettes. But once I ripped open the package in a frenzy to try it on, I realized that there was just not enough coverage. I felt so defeated. If the queen of shapewear couldn’t solve my problem, I thought no one could. I guess I was just destined for a life of discomfort every time I had to get dressed.

I’m not sure who or what convinced me, but I decided to give it another go a few months later. Since the last one was a bit too small, I wanted something with a bit more fabric, so I went with The Fits Everybody Scoop Neck Bra.

Once my package arrived, I knew I had struck gold. As soon as I opened it, I was greeted with the most perfect nude shade for my skin tone, Clay, one of many skin-toned shades they offer. It was made of the most buttery nylon and Spandex material and felt completely unique from anything I’ve owned before. 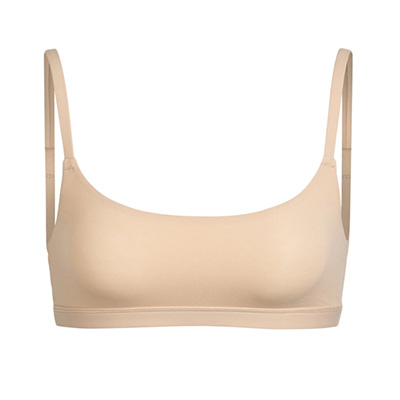 In addition to five seasonal shades, this bra comes in nine shades of nude to accommodate all skin tones and ranges from size XXS to 4X

When I first tried it on, it felt just a tad too small, and I had even sized up—but I also prefer things to be on the looser, bigger end. But after I wore it for a bit, I didn’t think it felt too restrictive. If you’re between sizes, I would recommend sizing up for your best fit.

Not only did I immediately feel secured and supported, but I also felt free to move around and go about my day. I wasn’t being sucked in to the point I was incredibly uncomfortable, but I also felt like my chest had a good amount of shape to it. Everything felt lifted, snatched, and highlighted in the best ways possible, not to mention it was seamless. Aside from the straps, you could not tell I was wearing anything. It was thin enough to not show from under my clothes but thick enough to give me exactly what I needed on a daily basis.

For a reasonable price of $32—more than my cheap Target sports bras but considerably less than those old-school VS bras—it felt like a steal. Bras are known to cost a pretty penny, so I’m used to shelling out much more than that for one. It felt so reasonable that I was able to buy two, so I have one to wear when the other is in the wash. Win, win.

The scoop neck is true perfection. It isn’t as high as a normal sports bra but isn’t super low either. It gives me enough coverage to feel in place and to feel like I’m not putting them totally out there on full display but not like I’m hiding them either. The fabric is also so uniquely soft that I truly forgot I was wearing it by the end of my first day testing it out.

I don’t know about you, but I’m willing to call a bra you forget you’re wearing and that’s supportive a miracle. I even take naps in mine. The best way to describe it is that it truly fits and feels like a second skin.

No more scratchy fabrics, underwires poking me, and dreading putting my bra on in the morning. Every time I put on my SKIMS bra (which, at this point, is every day), I say a little “thank you” to Miss Kim Kardashian herself.

In addition to five seasonal shades, this bra comes in nine shades of nude to accommodate all skin tones and ranges from size XXS to 4X 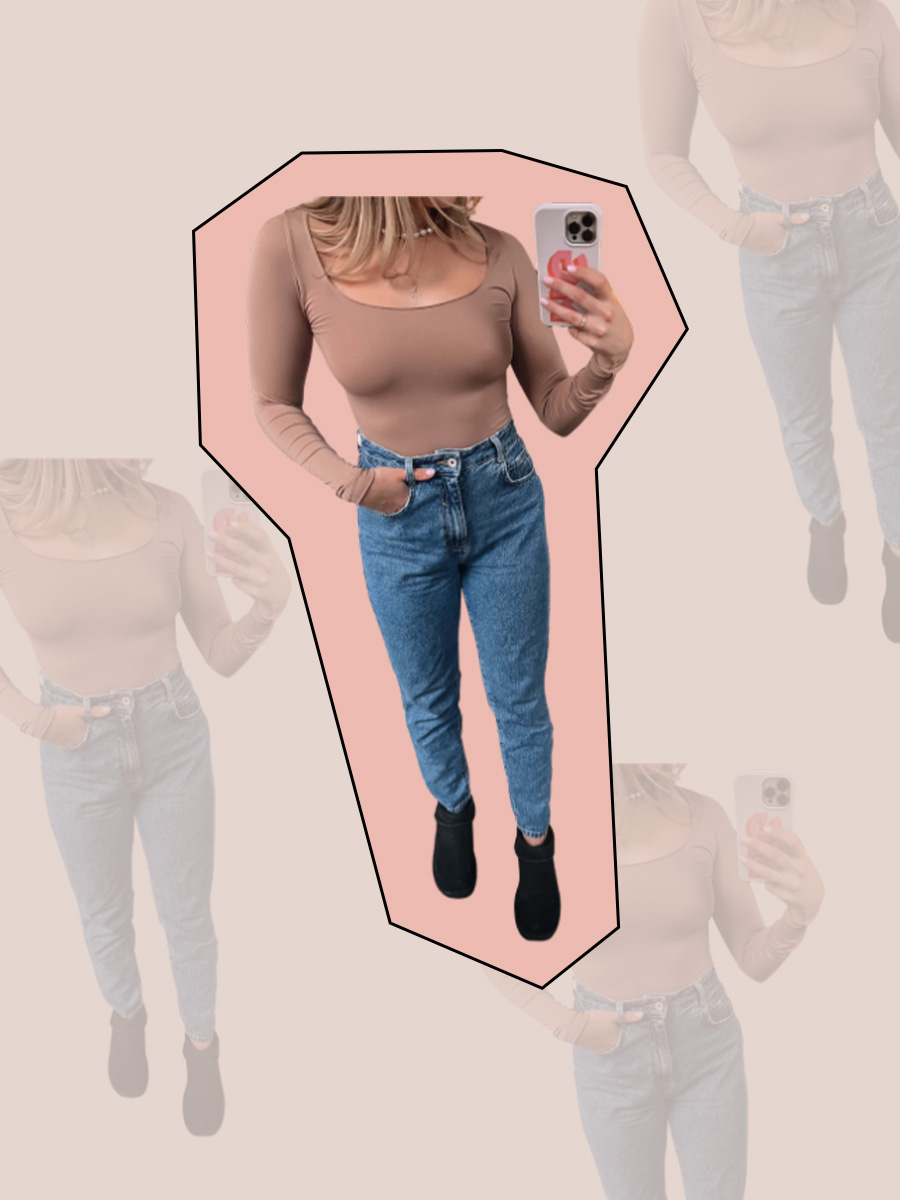