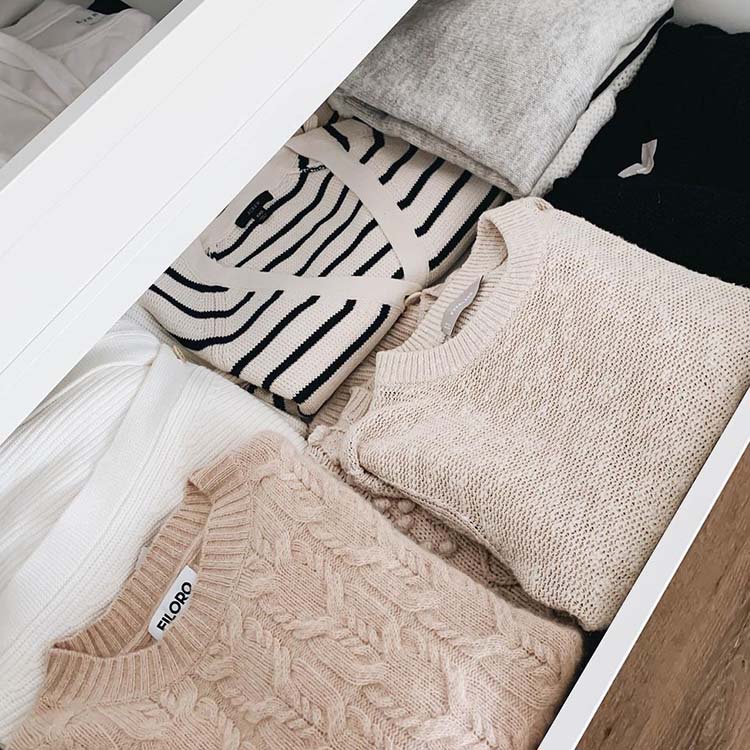 Once you get your rugs vacuumed and your bathroom floors scrubbed, there’s one big task on your cleaning to-do list left. It’s the task of tasks, the peak of the tidiness mountain: spring cleaning your closet.

In our opinion, it’s about the worst chore there is to do. It’s time-consuming, requires quite a bit of effort, and there’s no way to cut any corners—but the reward makes it all worth it. There’s nothing like opening your closet to a space that’s organized and has all of your clothes on full display, and nothing you don’t wear anymore in the way of what you want to grab.

The key to the closet of your dreams starts with cleaning out the one you already have. It’s go time.

Before you dive in, take the time to set yourself up for success. Queue up a playlist that you love to sing along to, light a candle, and make yourself a coffee. Also, have whatever you’re planning on putting your “to be donated” and “to be tossed” clothes in handy and clearly labeled—be it a garbage bag or cardboard boxes. Also, keep storage handy so you can pack away your seasonal clothes that you won’t be wearing for a while.

While there’s no perfect method for where to start with this since everything will eventually be purged, I’m partial to starting at the top of my closet and working my way down. Start by doing a preliminary cut-down by getting rid of the things that you most obviously need to part ways with.

Take down stacks of clothes and begin trying on and sorting accordingly. That pair of pants that you haven’t worn since 2016? Donate. The top with a red wine stain that you swore you’d get out eventually but never did? Toss.

When you’re in this phase of cleaning, it’s so important to actually try things on during the process—especially things you’re unsure about. You know the jeans that fit you like a glove and the ones that tend to sit at the bottom of the pile consistently untouched, which means a try-on could help you make your final decision. The same goes for things you haven’t touched in a while. You could have every plan to wear that top that still has the tags on that you bought two summers ago, but could try it on and realize that it doesn’t even fit you anymore.

It’s also important to remove some sentiment here. I have a slew of crop tops that hold positive memories from college, but am I really ever going to wear them again? No. Donating things (many of which are passed down to my sister) helps ease the pain of getting rid of some things but keep yourself consistently asking the question, “Does this piece make me feel my best?” If it doesn’t, it has no room in your wardrobe.

If you live somewhere with seasons, packing away the pieces that aren’t going to be seeing the light of day for a few months is half the battle. Grab your down parka and your pom hats and set them aside.

It’s important to put your seasonal clothes into some perspective while you’re purging. Right now, you’re probably sick of all of your sweaters and jeans, but the ones you’re questioning now could feel exciting and new once you break them out again come fall. Likewise with your summer clothes; everything probably looks exciting and wearable now since it’s been so long since we’ve seen them, so keep your head on straight and think about what you’ll actually be able to wear. If you have a skirt or shirt that you absolutely love but you’ve just never been able to make work, it’s time to bid adieu.

However you choose to store your seasonal clothes, wait until the very end to actually put them in storage—you never know what you’re going to decide to add or subtract from the pile until you’re actually done sorting through everything.

We have big hopes and dreams for many items in our wardrobe that unfortunately just never come to fruition. It’s painful to have to get rid of things that we feel haven’t lived up to their potential, but the reality is this: If you haven’t worn something in a year or more, you aren’t going to (save for special occasion wear, obviously).

Figure out which pieces those are for you—the ones that you’ve simply outgrown or just ended up not working for you. If they’re in good shape, put them aside to be taken to donate once we’re able.

For the future, a good rule of thumb is to begin the year with all of your clothes hung on a hanger facing away from you. Every time you use something, flip the hanger around. Then, it’ll be obvious which clothes you touched throughout the year and which you didn’t, because some hangers will be in their original position.

Once you’ve decided which pieces are staying and which are going, decide which method would be best for organizing them. Maybe you need to order some organization items to put them in later, and that’s OK. For now, fold everything neatly and hang things in a logical order. Since you now have less to deal with, organizing everything in a way that’s accessible and easy to see will make you feel like you have a whole new wardrobe. 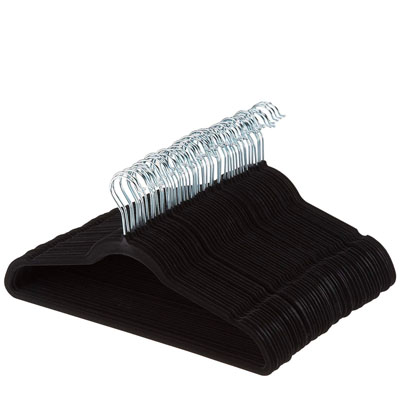 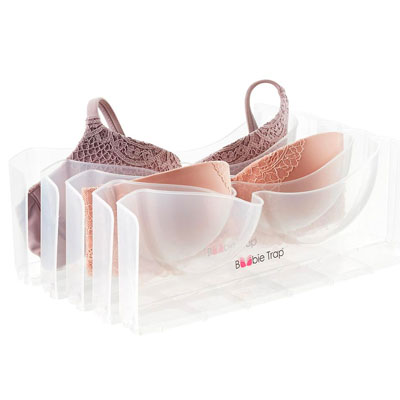 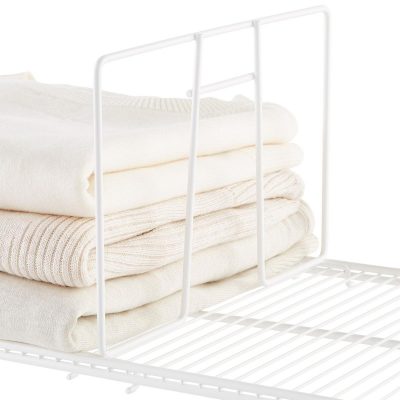 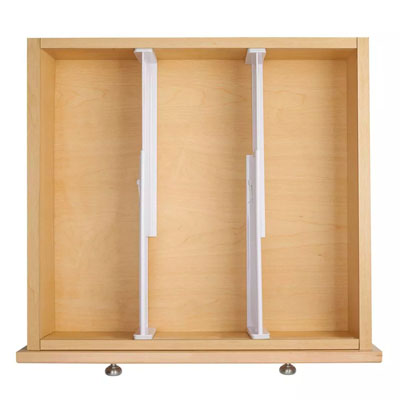 Step 6: Decide where your “donation” bin should go

This step is a little more challenging than it would ordinarily be given our current circumstances, but you can still have them prepped and ready to go for a day they can be dropped off somewhere. If you have old workwear that can be donated, consider setting them aside to be given to an organization like Dress for Success. After that is separated, research local thrift stores and shelters that are accepting donations, organize them based on guidelines, and set them in a closet or storage to be taken eventually.

Step 7: Fill in the gaps

Now that the grunt-work is over, it’s time to take a step back and assess your situation.

Maybe throughout cleaning you realized that all but one of your socks has a hole in the toe. Maybe you discovered you only have one pair of jeans that really fits you. Make a list and divide it into two columns:

Writing down your hero products can help you see how much you already have—if a leather jacket made it onto your list, you don’t need to consider buying another one the next time you see one on sale.

Noting the pieces you need can also help with prioritizing future shopping. If you know you want to invest in a good pair of white denim since your old pair didn’t make the cut, you’ll be less tempted to buy a trendy item that shows up in your email inbox next week. This doesn’t mean you need to replace all the things you got rid of—it just means that once you get around to wanting to shop, that you have a mental picture of the things you should snag first. 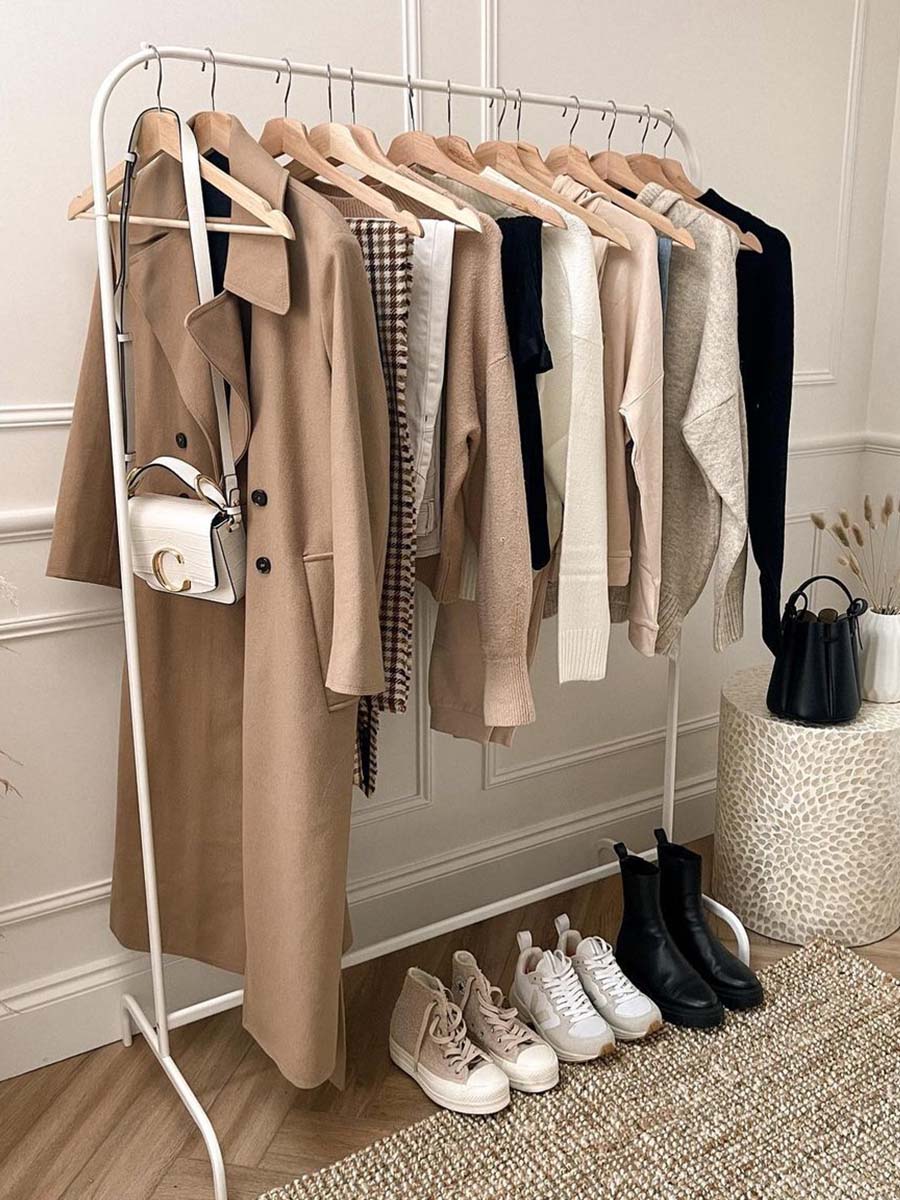 How To Create a Capsule Wardrobe
READ ON