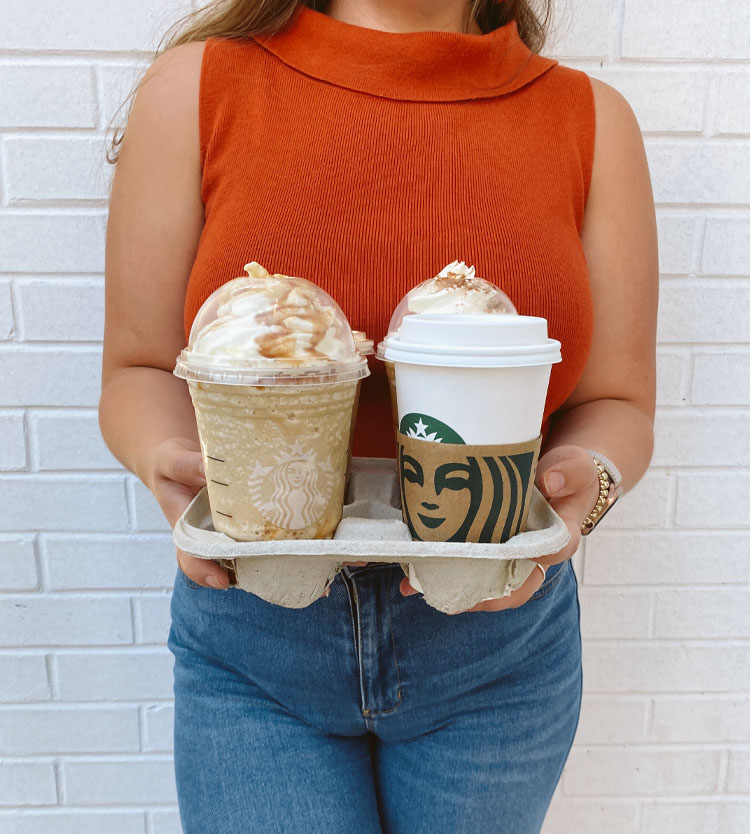 Last fall, our team decided to embark on a journey—some might call it the journey of a lifetime. Every time a new season rolls around, we set out to try all the new Starbucks drinks, rank them, and share the results with you. You loved our reviews of last year’s Starbucks fall drinks, holiday drinks, and spring/summer new releases. Now, we’ve officially returned to fall.

Our entire team loves a good Starbucks coffee, but there’s something about the fall menu that takes it to the next level. I count down the days until the Pumpkin Cream Cold Brew is back on the menu, and I make it my mission to get one on the day it’s released. Although there are no brand-new drinks at Starbucks this fall, they did reformulate the Apple Crisp drink (our least favorite drink last year). Plus, we tried a “secret menu” drink and mixed up our taste-testing group. So, you don’t want to miss this year’s review and ranking!

Our group of taste-testers gathered to try seven seasonal Starbucks drinks, and after much debate and a few stomachaches, we settled on a ranking. Before we get to that, though, take a second to imagine us placing this mobile order and then walking down the streets of Chicago carrying two full trays of orange-toned beverages—you know, for comic relief. 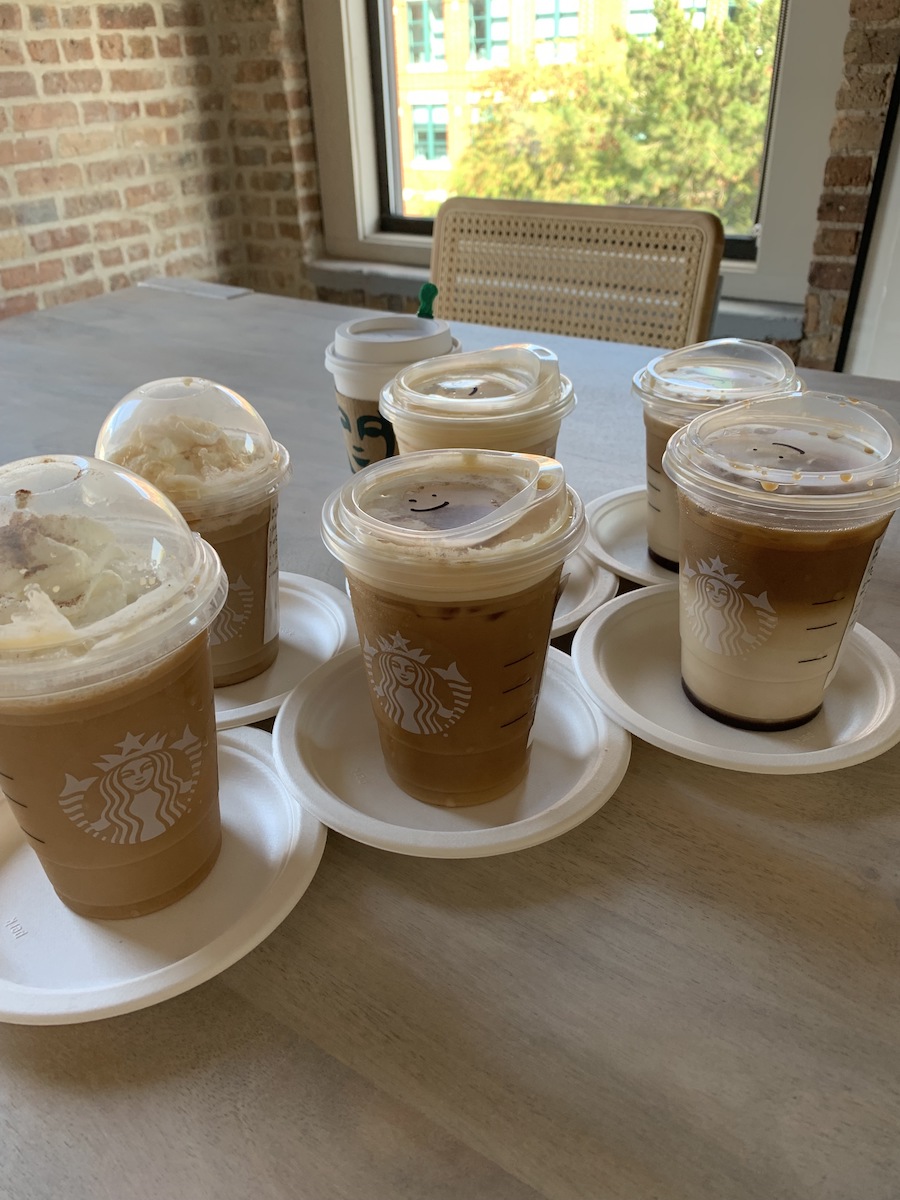 Our five official taste-testers tried seven total drinks. We then scored each drink on a scale of 1-5 in the categories of “overall taste” and “likelihood to get again.” There is a total of 10 possible points per drink from each taste-tester. Thus, each drink has a maximum of 50 possible points. We also ordered all the drinks without any modifications (apart from one “secret menu” drink, which you’ll see below).

Now that the scene is set, here is The Everygirl’s official ranking of every fall drink at Starbucks: 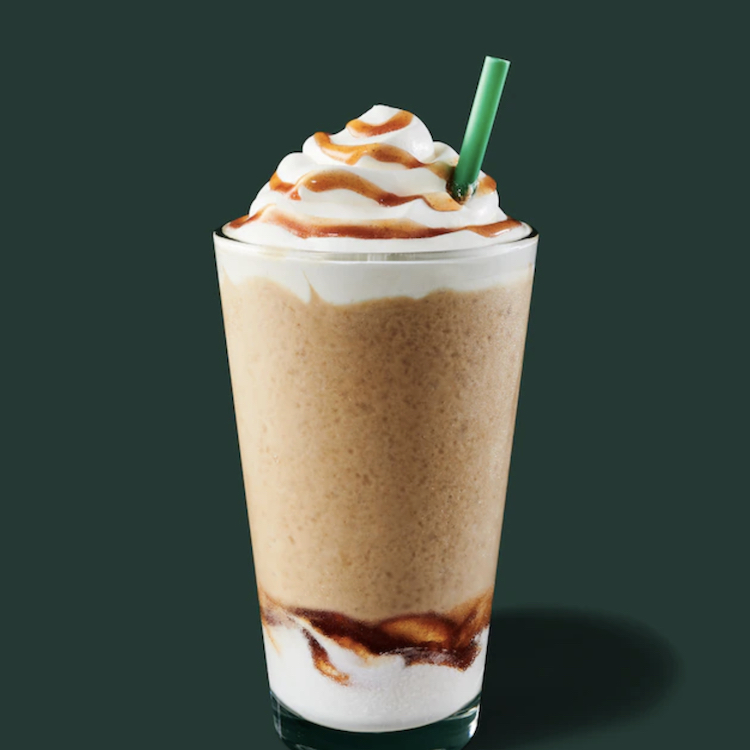 The overwhelming response to this option was “meh.” It is very sweet, so if that’s your jam, you’ll love this. It smells exactly like one of those caramel apple lollipops (you know the ones), which made it a bit too artificial-tasting for us to truly enjoy. The flavor is good, but we all agreed it would probably give you a stomachache. 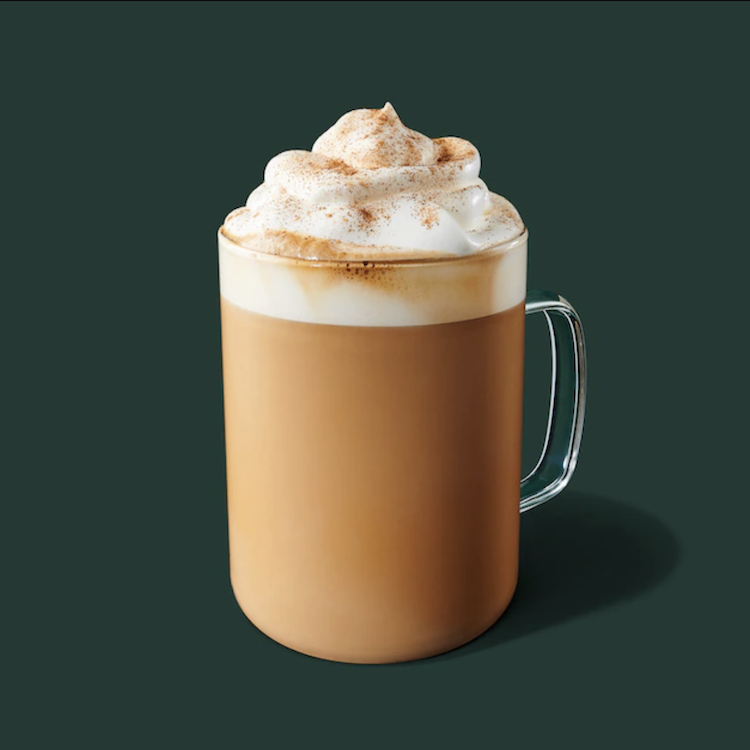 I’ve had two Pumpkin Spice Lattes in the last two years, both at these taste tests. I can never quite remember what it tastes like, yet I always get my hopes up because of the PSL hype. After this year’s test, we must acknowledge the color: This drink is shockingly orange. Everyone agreed they might get this once per season purely for nostalgia’s sake, but pumpkin coffee has since evolved into something much better. After all, if you’re going to treat yourself to a $7 coffee, you want it to be absolutely delicious. Julia, Managing Editor of The Everymom, summed it up best: “This tastes like Ugg boots, eighth grade, and trauma.” 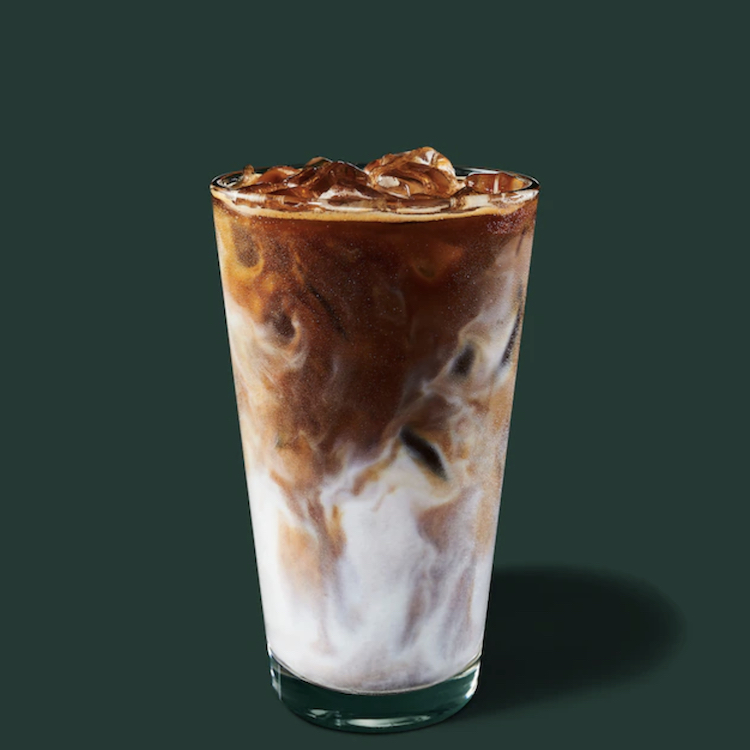 We were not impressed by this drink last year, so I was beyond excited to hear that Starbucks had reformulated it for its return. It’s now made with oat milk and Blonde Espresso, so it feels more in line with another editor-favorite Starbucks drink, the Brown Sugar Oatmilk Shaken Espresso. We’re happy to report that the new formula is definitely better. However, some taste-testers were still not convinced that the apple-and-coffee flavor combination works well. Some of us said we might get it again as a special treat or with a few modifications because it’s still giving us fall candle. 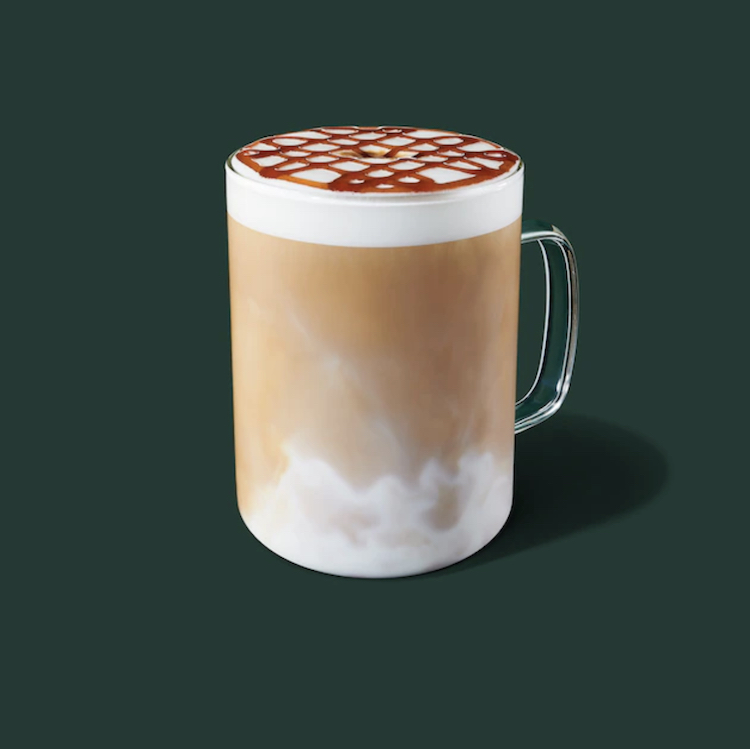 Although we have mixed feelings about the iced option, the hot version of this drink is like a warm hug on a crisp fall day. It’s cozy, has a delicious flavor, and for some reason, the apple-and-coffee combination works so much better hot. In fact, one taste-tester ranked this as their #1 favorite. This new drink is definitely worth trying before it leaves the menu, especially if you’re not a huge fan of pumpkin yet want a seasonal option. 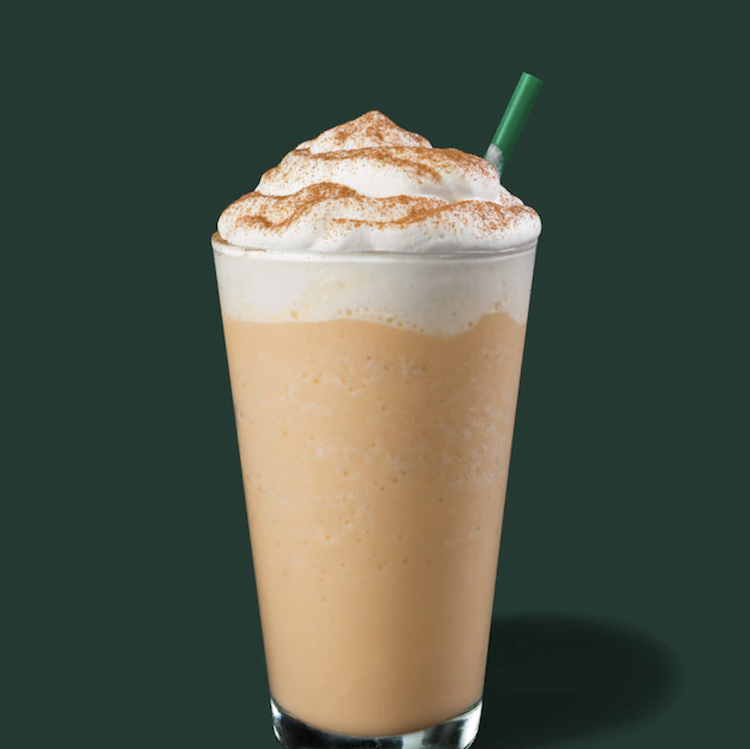 If you want a true fall drink that is extra pumpkin-y, full of flavor, and nostalgia-heavy, this is the drink for you. We were all shocked at how much we enjoyed this, considering none of us order Frappuccinos on a regular basis. However, we might just start, considering it earned a top-three spot. This is an excellent choice to treat yourself to something special. Our fashion editor, Maddie, said what we’re all thinking: “If I had no shame, I would drink this every day.” 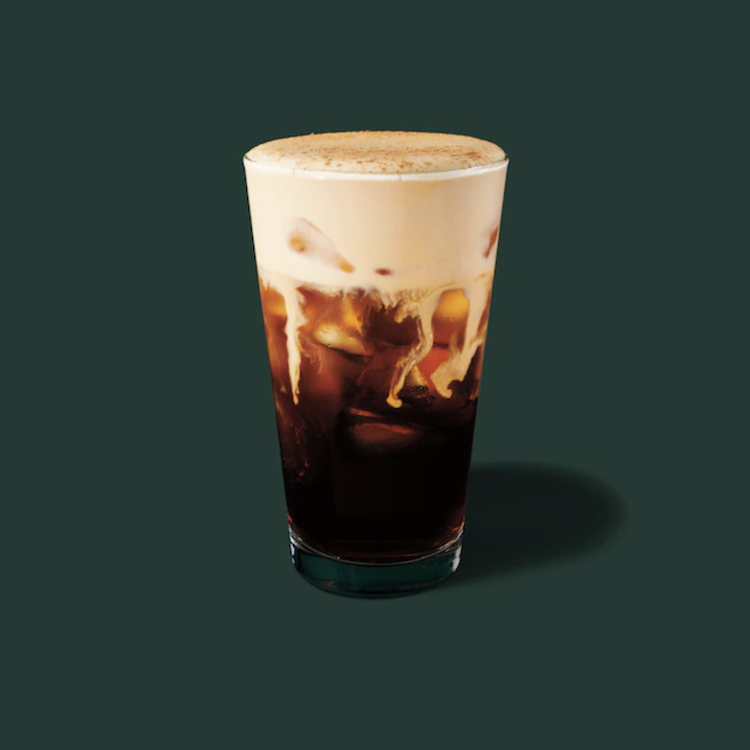 Ah, our tried-and-true Pumpkin Cream Cold Brew. This drink stole our hearts (and hurt our wallets) when it was released a few years ago, and for good reason. It’s the perfect balance of coffee and pumpkin flavor without being too sweet. Some members of our team drink it on the reg in the fall, but others order it more sporadically as a treat. As for me, I would drink this year-round if it was offered. Our fashion editor, Maddie, even called it “the gold standard of pumpkin coffee.” However, as you can guess by its second-place ranking, not everyone on the team agreed. “If I wanted a super fall drink, this wouldn’t be it. This is more of an everyday coffee,” said our social media editor, Jessica. 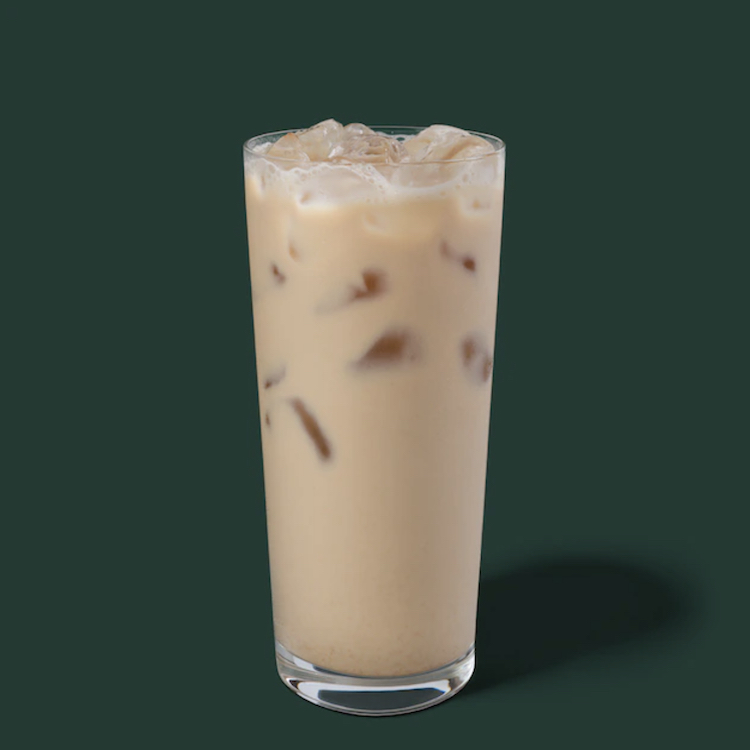 Here she is: this year’s diamond of the Starbucks fall season. This “secret menu” drink is super popular on TikTok, so we obviously had to include it. This drink’s base is an iced chai latte. With pumpkin sauce and pumpkin cold foam, it becomes an instant fall classic. Although most people order it with oat milk, there are many ways to customize it based on what you like. You might opt for fewer pumps of chai (we ordered it with one less pump than standard), add an espresso shot to make it a dirty chai, or add vanilla or apple brown sugar syrup to make it even more dynamic. We all loved this drink’s flavor combination and agreed it was perfect for fall. Two of our taste-testers noted that although they don’t typically like chai, they loved this one. This is one we’d 100% order again. 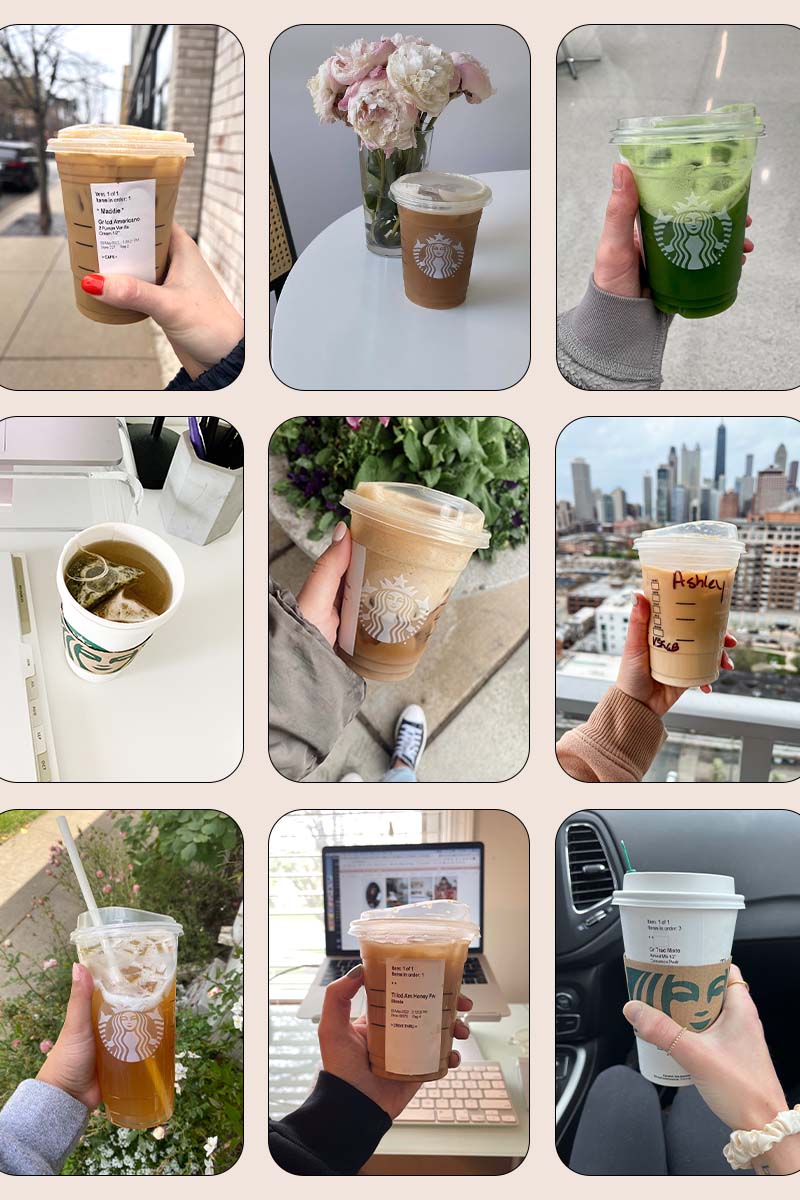 The Starbucks Drinks Our Editors Couldn’t Live Without
READ MORE