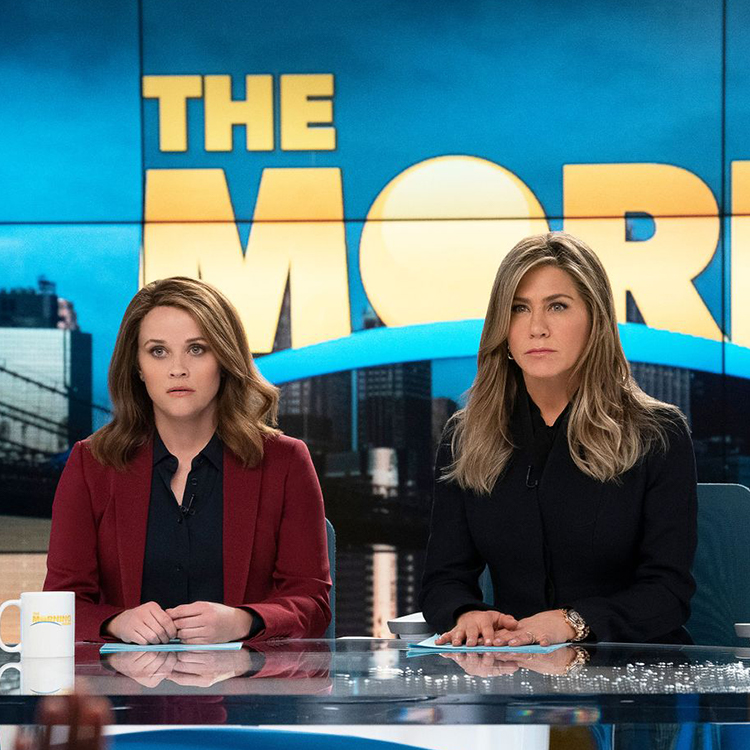 We all know the shows that everyone can’t stop talking about. Did the husband do it (The Undoing)? Who dies at the end (The White Lotus)? Is this really what working in higher education is like (The Chair)? And this fall, there will be another show on everyone’s minds—because The Morning Show is back for a second season.

Whether you missed the first season of The Morning Show when it premiered in 2019 or were an early fan, now is your chance to binge. And here’s exactly why you should finally cave in and get that Apple TV+ subscription to do just that:

The Premise Couldn’t Be More Timely

The Morning Show gets its name from the fictionalized news and talk show that America wakes up with every morning, so it’s not surprising that the premise of the series is ripped from the headlines: Mitch Kessler (Steve Carell), who has anchored the show with Alex Levy (Jennifer Aniston) for 15 years, is fired amid allegations of sexual harassment.

When the show premiered in 2019, it had been over two years since word that dozens of women had accused Harvey Weinstein of rape, sexual assault, and sexual abuse was first reported. These reports led to the founding of Time’s Up, an organization dedicated to supporting individuals who have experienced workplace sexual discrimination. After the Weinstein case and the foundation of Time’s Up, more and more accusations of sexual misconduct have been reported, including the 2020 lawsuit filed against Fox News, in which anchor Ed Henry was fired amid allegations of rape and three other network stars were accused of sexual harassment. If that sounds similar to the premise of The Morning Show, that’s because it is. The Morning Show couldn’t be more relevant.

But of course, the allegations against Mitch are only the beginning of the series. Mitch’s actions put the entire series in motion, from co-anchor Alex Levy’s battle to keep her role to the network’s fight to maintain high ratings in the wake of an investigation. And in case that wasn’t enough, small-town field reporter Bradley Jackson (Reese Witherspoon) is about to have her life completely upended as she lands in the anchor chair next to Alex.

The Cast Is Star-Studded

You probably know that Reese Witherspoon, Jennifer Aniston, and Steve Carell are the stars of The Morning Show. But you probably don’t know that almost every other actor in the show is someone you have seen before too. Meteorologist Yanko Flores is played by Nestor Carbonell, who starred as Alex Romero in Bates Motel. Joe Tippett from Mare of Easttown plays Bradley Jackson’s brother. Even a man who is briefly interviewed for a segment on the show is played by Mike O’Malley, who played Jimmy Hughes in the early-2000s comedy Yes, Dear.

No matter what an actor has starred in before, they all bring everything they have to the characters of The Morning Show. There wasn’t a single moment when I felt taken out of the story.

Bradley Jackson Is the Woman We All Wish We Could Be

Our introduction to Bradley Jackson (played by the ever-vibrant Reese Witherspoon) comes when she is covering protests at a coal mine as a field reporter for a local news station. As Bradley is about to start her segment, one of the protestors pushes her cameraman to the ground. Instead of helping the cameraman up and moving on, Bradley goes for the protester, grilling him on why he’s there and educating him on the issue at hand. A video of the interaction goes viral, serving as the catalyst that gets Bradley involved with The Morning Show.

Throughout the series, Bradley continues to speak her mind with little thought or fear of the consequences. She walks out of meetings with network executive Cory Ellison (Billy Crudup), refuses to let Alex Levy run the show without her input, and goes off script whenever she feels the story needs her to. And as one of the only people who wasn’t part of the show when Mitch was co-anchor, Bradley provides a non-biased lens into the inner workings of the network. Whereas Alex must weigh her desire to keep her job and her personal feelings for Mitch against the allegations, Bradley is in shock that she landed the co-anchor spot in the first place and still holds her duty as a reporter to share the truth above everything else. Bradley’s refusal to do exactly what everyone wants her to do is something we can all take inspiration from.

Every Scene Is Just as Engaging as the Last

The Morning Show mostly focuses on Alex Levy, Bradley Jackson, and the people they work with, including executive producer Chip Black (Mark Duplass) and network executive Cory Ellison. But it takes a lot more than four people to make a news program, and The Morning Show doesn’t shy away from that. The studio is always shown bustling with people, and we get insight into the roles of everyone from talent bookers to producers and assistants to network presidents.

One of the most notable subplots is with meteorologist Yanko Flores and production assistant Claire Conway (Bel Powley). Yanko and Claire are in a consensual relationship that is thrown into question amidst the accusations against Mitch and the investigation into the network. Claire’s confidence in her ability to make her own choices and Yanko’s concern for any harm his superiority may have caused demonstrates a stark contrast to the way Mitch sees his accusers. Every character shown plays a key role in the show, and every subplot enhances the main storyline and messages.

The Second Season Promises To Take Things Even Further

Without spoiling anything from the first season, I can assure you that the second season of The Morning Show is going to be just as worth the watch. The season one finale left us reeling, shocked, and desperate to know more. Our questions about the fallout of the sexual harassment investigation will be answered, and the show will also focus more on other issues that plague the modern workforce, including racism. New characters—Greta Lee as a tech-world wunderkind, Hasan Minhaj and Julianna Margulies as new employees of The Morning Show, and Holland Taylor as chairwoman of the network’s board—will help bring these new storylines to life.

More often than not, when we talk about the shows we watch, we address them like they exist separate from our lives. We always question what a character did in a situation instead of what we would do in the situation. But The Morning Show flips that on its head. We don’t have to wonder about Mitch Kessler’s actions, network president Fred Micklen’s (Tom Irwin) motivations, or Alex Levy’s involvement because it’s all right there in front of us. With questions we would normally ask characters already answered, we can only turn to questions about ourselves. And it’s in those conversations that we can start to bring about the change that is desperately needed in work environments like the one depicted on The Morning Show.

Watch The Morning Show with your partners, with your parents, and with your friends, because it’s the kind of show we need to be talking about. We promise you’ll have something to say.

Please be aware that The Morning Show includes disturbing scenes of a violent and sexual nature and disturbing content involving drug abuse and self-harm. If you have experienced trauma, sexual violence, or assault or struggle with addiction, depression, or suicidal thoughts, there is help. Seek medical assistance and contact local resources for ongoing support. 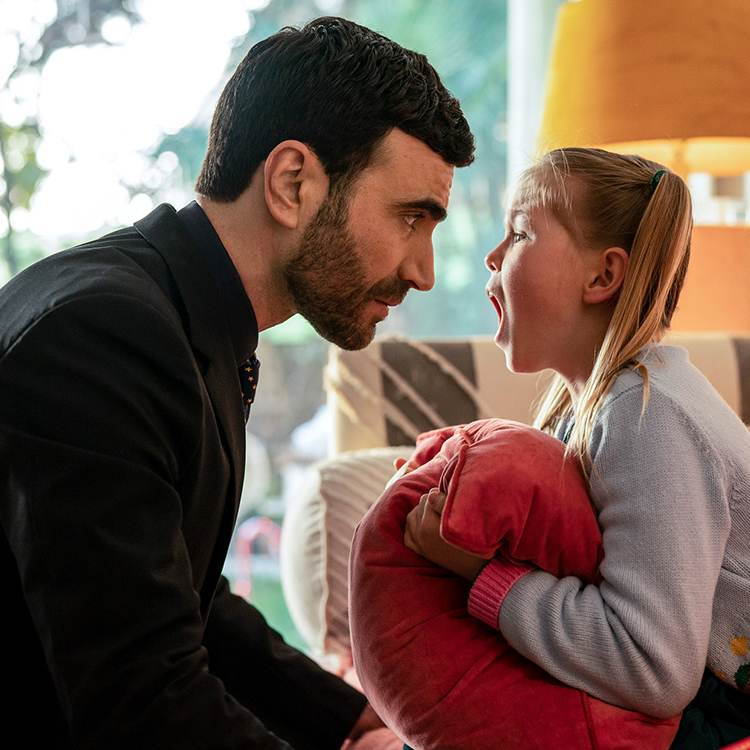 If You’ve Been Sleeping on Apple TV+, These Shows Will Change Your Mind
READ NOW