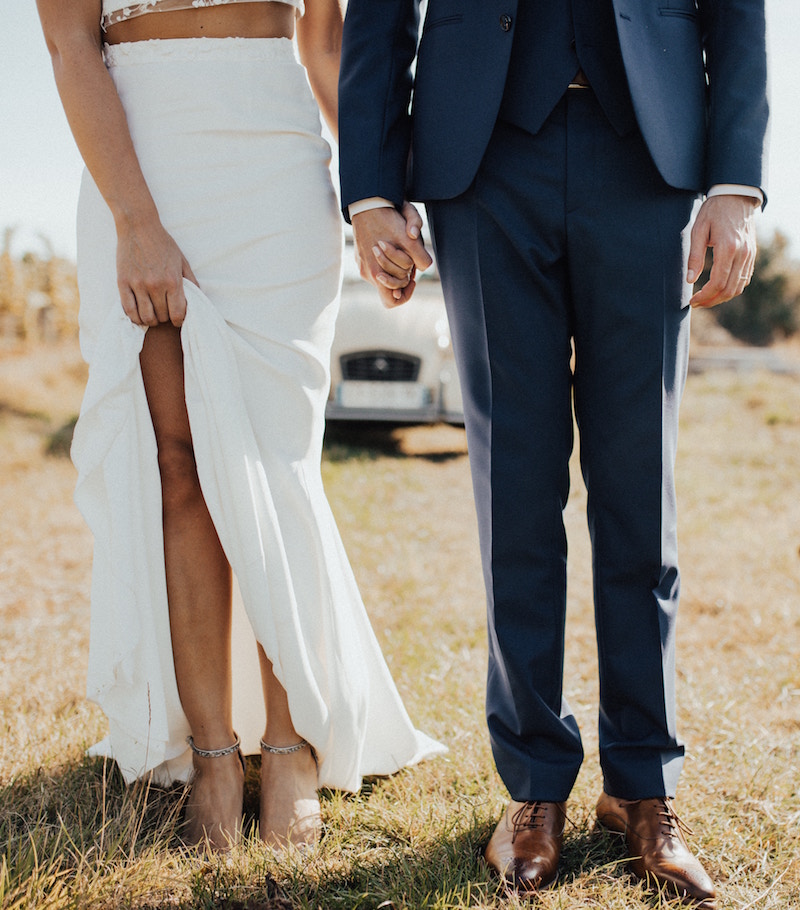 We get past those first couple years after college, during which we basically still act like ridiculous college students — albeit with regular paychecks — and then a light switch seemingly goes off. People suddenly start getting engaged, then married, then you blink and some of your friends have been married for several years.

Needless to say, marriage is something I think about a lot. Before my own wedding, I used to view marriage as this fascinating, mystical thing – even as an adult. I’m lucky enough to have been born into a family with two incredible parents who have one of the healthiest and most joyful, loving marriages I’ve ever seen. I’m also surrounded by plenty of other wonderful examples of marriage in that of my grandparents, aunts and uncles, and family friends. So before my own marriage began, the only perspective of marriage I had had was from that of couples who had been doing it for a long time – couples who had been married for 15 or 30 or 64 years, and who knew how to make it work.

But now I’m a newlywed (kind of), so I’m looking at marriage from a whole new perspective. I mean this not only in the sense that I’m looking at it from the inside, but also that I’m looking at it as something that’s still very small, fragile, and delicate. For myself, and many of my friends, marriage is still very new, uncertain, crazy, and confusing; it hasn’t yet found its own solid footing or steady pace. I’ve been told time and time again that marriage is a work in progress at all times in your life, and I believe that, but I still think the beginning is going to feel so much different to me than 15 years in. Sure, 15 years will come with its own challenges, but at least I’ll sort of be a pro at that point (at least in the sense that I will have been “doing marriage” for 15 years).

Sure, everybody’s heard all the typical advice: be compassionate, be understanding, don’t go to bed angry, be kind to each other, communicate. As cliché as these pieces of advice have come to sound, I believe they are 100 percent true and helpful; but, there’s also a lot of other weird things that we don’t talk about enough in terms of marriage, especially in the first year. Here are some of the things I wish I knew:

Sometimes, marriage doesn’t feel that different; at other times, it feels like your entire existence has completely changed.

And then other times, it will suddenly hit you that you have made a promise to be married to this person until death do you part and it will almost paralyze you. Maybe it feels different because of something as trivial as the fact that you have to get used to their haphazard way of doing the dishes, and other times it will feel different because you feel like every single way you used to make decisions now has to change because you’re part of a team.

You suddenly have to start making all financial decisions in terms of “we” instead of “me.”

This is obvious, of course (if you choose to combine your finances). This isn’t something I didn’t already logically understand before getting married. However, actually experiencing it during marriage is an entirely different thing, especially in the first few months. I had to explain to my husband, and he had to explain to me, the way we like to budget our money. We had to talk about the things we’re willing to spend more money on and the sorts of purchases we’re more conservative about.

Communicating about your financial habits like this is honestly, truly bizarre — even though you’re doing it for healthy reasons. It’s not that you suddenly have a fun-sucker to report to (someone who makes you explain every single purchase you make down to the pack of gum you picked up at Walgreens), but for me, it was weird getting used to the process of giving someone else a fair warning before I made a big purchase. It was weird the first time that my husband warned me before he paid his car insurance bill, because I thought, I don’t have a car so that won’t affect me. And then I thought, Wait, I do have a car, and I have car insurance, because he has a car, and he has car insurance.

My husband and I are a little more used to it now – used to the idea of sharing money and talking about our budget and remembering that our paychecks affect one another. But it’s still a little strange, and a little hard to get used to sometimes. And again, that’s ok. Thinking in terms of “we” instead of “me,” especially when it comes to money, is a big adjustment.

It won’t solve all of your problems.

Marriage will not suddenly make you happy or fulfilled or okay or complete or satisfied or whatever other issues you’ve been taught it’s supposed to solve — and weirdly, that’s been one of my favorite things I’ve learned in marriage so far. Unrelated to my marriage, I’ve had a lot of really tough things happen this year, and marriage didn’t fix, heal, or help me avoid any of those problems. But the wonderful thing I realized is that it did provide me with a partner who held me up when things were hard, sad, or scary (or all three!). In a weird way, that’s so much better.

Figuring out how to split up the holidays is really hard, and it can make you really sad.

I think this is the biggest thing I struggled with. I knew, logically, that this was inevitable, and I knew that having so many family members we wanted to see for the holidays and not being able to see them all was a good problem to have. But that first Christmas I spent without my mom, dad, and siblings was hard — even though it was wonderful at the same time. I was still with (new) family — people who cared about me and made me feel welcomed and loved — and it made me happy knowing my husband was happy being with his family, and that I would be reunited with mine on the day after Christmas. Even so, I was still really sad on Christmas day when I couldn’t hug my mom, make fun of my dad, or goof around with my siblings. I was both really happy and really sad on Christmas, and I wish people talked about that first holiday away from your family more often — because you might feel really, really sad (and that’s not weird).

It’s crucial to still have a healthy and strong relationship with yourself.

We have all been told by more experienced couples that quality time is absolutely crucial, and I’m not arguing that. But it’s also absolutely crucial to continue to evolve with yourself as much as you evolve with your partner. It’s important to continue to get to know yourself, to learn what relaxes you and what brings you joy, and to figure out what makes you feel fulfilled as a person. I’m still figuring it out every day – how to prioritize time with myself as much as my husband and I prioritize time with each other – and I think it’s something I’m going to be figuring out every day for the rest of my marriage. But, like everything else on this list, that is very ok. You just have to keep talking about it.