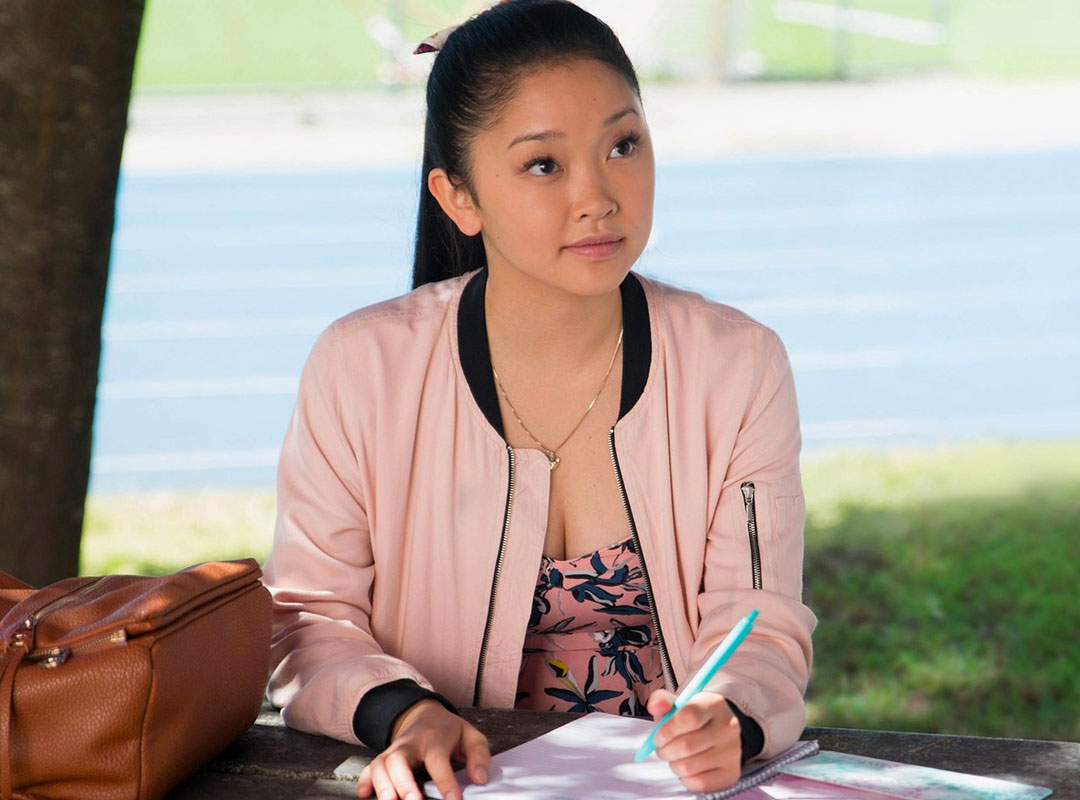 Because I literally can’t get enough of To All the Boys 2: P.S. I Still Love You, here is pretty much every thought I had while watching the movie, spoilers and all. If you’re new to the franchise, here’s a quick rundown of the first movie: Peter and Lara Jean decided to fake-date so Peter could win back his ex (who also happens to be Lara Jean’s ex-BFF—spicy, right?). Surprise, surprise: Peter and Lara Jean actually end up liking each other and deciding to date for real. Now that you’re up to speed, watch the movie and follow along with my thoughts.

If you’re looking for a no-spoiler review, you’ve come to the wrong place–instead, read our team’s honest thoughts on the film.

Seriously, don’t read any further if you haven’t seen the movie yet. SPOILERS AHEAD.

I have this horrible habit of feeling like everyone in a relationship is a direct attack on my singleness. I know, I know, I see a therapist. Anyway, Lara Jean and Peter’s first couple dates were so beyond adorable and sweet (someone please take me to a fair??), and if I wasn’t in a theater, I probably would have paused the movie to swipe on Bumble for 20 minutes in an attempt to find my own Peter Kavinsky.

3. We have no choice but to stan Chris.

In the theater (our team saw an early screening in a theater, and it was honestly a little much because I had a lot of emotions and couldn’t fully express), I actually screamed YASSSS THAT’S MY GIRL when Chris told Lara Jean she needs to know how to “rev her own engine.” That couldn’t be more me. Her amazing eye makeup, her sex-positivity, the fact that she’s dating Ross Butler AKA a hottie—sounds like everything I could ever want to be reincarnated for the big screen. We must protect Chris at all costs, she is our hero.

4. Should I start going by my first and middle name?

Lara Jean, John Ambrose—is it so 2016 to go by just one name? I feel a rebrand coming…

5. Green beans should be banned from existence. 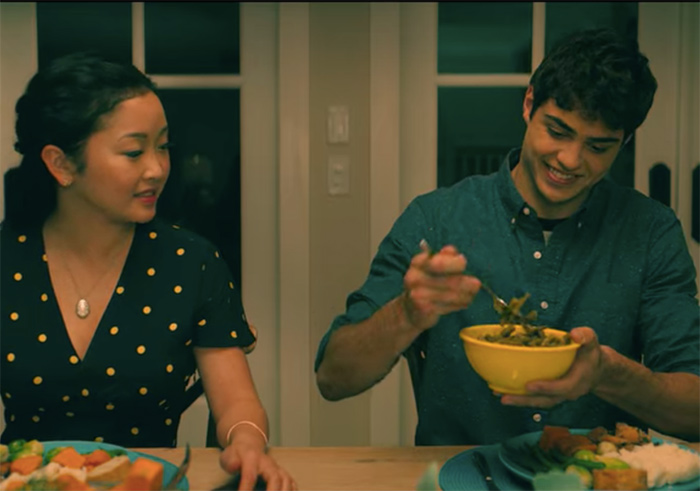 It was kind of a wild coincidence that the days leading up to seeing the movie, we had multiple in-office discussions about how green beans are my least favorite food on this very Earth. So when the Coveys, who are known for their cooking, set out a table of CANNED GREEN BEANS for Fakesgiving, I knew something was up. While the story about how Mr. and Mrs. Covey met over canned green beans and it became a Covey tradition was so delightful, I despise green beans. Forcing Peter and Ms. Rothschild to eat them was like watching someone get tortured.

6. The first treehouse scene was so beyond awkward.

Oh, and Chris chasing her man with a shovel? Why haven’t I thought of that?

7. Peter and Lara Jean fighting is my worst nightmare.

While the trilogy is known for being quite nostalgic and reminding us of all those little high school moments, I can’t say it makes me want to go back anytime soon. All the petty drama between Gen and Lara Jean would have been resolved if it weren’t for the popularity system of high school. And all the little nuances you have to be aware of are exhausting, such as Lara Jean not knowing if she should dress up for Peter’s lacrosse games or Peter not sending her singing grams on Valentine’s Day. If you’re a high schooler reading this (hello!), please be aware that all of that ends one day. (Not that adult life is amazing or anything–I would gladly trade in taxes for a little drama.)

Ah… I wanted to believe in this love triangle. I thought it’d be a modern-day Bella, Edward, Jacob situation. However, John Ambrose truly took himself out of the running when he creepily played the piano while sitting next to LJ. I physically winced because it was so deeply uncomfortable to watch. This was the moment it became obvious I was Team Peter forever.

10. Peter… we have some questions.

When Peter admitted he was waiting for Gen in the hot tub, but proceeded to hook up with Lara Jean, his sparkle dulled just a little. Also, I’m a little annoyed Peter denied it was Gen who posted the video for so long when he knew it was her. I understand he wanted to protect her, but LJ is your girl, not Gen. Maybe I’m being a little unreasonable, but Peter should have been honest from the get-go. Lara Jean had the right to be upset. This was the moment we realized Peter isn’t the perfect man. Womp womp.

11. When Gen walked up that ladder…

The last person I was expecting to see come into that treehouse was GEN, but it was super lovely to see her and Lara Jean reconnect. I loved that she told Lara Jean that Peter was crazy about her, and I liked that she was able to open up about her parents and explain that Peter has been there for her through the situation. This moment became one of my favorites in the entire movie. Lara Jean explained that she and Gen, as well as Peter and Gen, have “jeong,” a Korean word her grandmother told her about that is about a special kind of relationship or friendship in which you always have love, respect, and care for someone in a platonic way. This is why they’re able to still care about each other after all this time of being separated.

It made the absolutely insane plot twist of Gen coming up the ladder seem totally worth it.

The sheer awkwardness of dealing with your emotions and figuring out “how to be a girlfriend” is real. I completely identified with Lara Jean’s sentiment that she didn’t know what to do, how to act, and how to measure up to the other girls Peter has been with. So, I actually feel alright not having to figure it out myself! *deletes Bumble and downloads Candy Crush*

I AM SO HAPPY FOR THEM. THEY DESERVE ALL THE LOVE.

14. I love EVERYONE in this movie.

They found a way to make every single character in this likable. By the end, I was like OMG do I love the mean girl now? John Ambrose wasn’t my main squeeze, but I wish him all the best. Trevor made me laugh. Chris and Trevor together is what my dreams are made of. I honestly even kind of like Dorothy, the woman who makes the drinks at the nursing home. This movie has zero villains, and I’m here for it.

15. Did sparks fly with John Ambrose like they did when she kissed Peter?

The moment Lara Jean kisses John Ambrose, you have to wonder if she feels something for him or not. There was a lot of chemistry there for sure—but the heart wants what the heart wants. As soon as LJ pulls away, everyone knows what’s on her mind. BYE JOHN AMBROSE, TIME TO FIND PK. Luckily…

When Lara Jean opens the door to find Peter and he is ALREADY THERE… goosebumps. I have them again just thinking about it. We all knew from the get-go Lara Jean had to end up with Peter Kavinsky (I mean, he’s Peter Kavinsky), but watching them find each other and fix things at the end of the movie truly made me believe in love. When Peter says something along the lines of “You can break my heart, you can do whatever you want to me,” I think my heart skipped a beat. The whole “You said you don’t like driving in the snow” was a little cheesy, but I’d be lying if I said it didn’t absolutely shatter my insides. 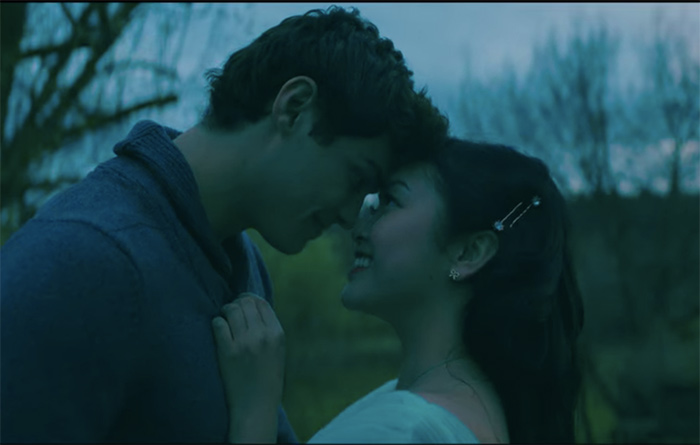 The very end of the film isn’t my favorite. I had the same thought at the end of TALB1. They get together, and then it’s just over. However, this one did basically the same thing except instead they were floating in the air. It was a little weird to me, and I didn’t love it. But I guess it does make me excited for the next one! 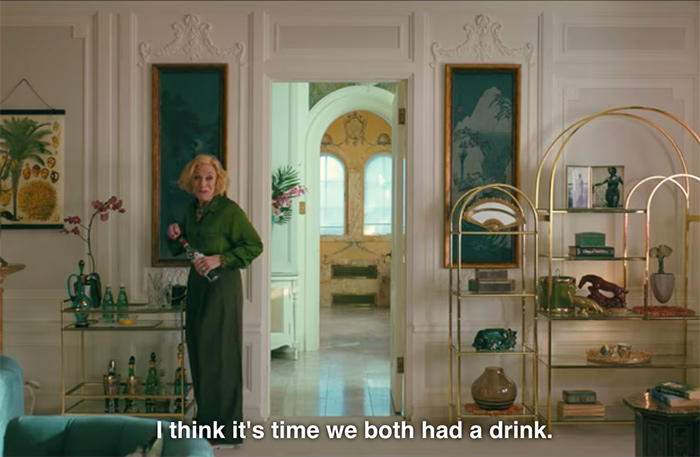 I had to save the best for last. Stormy is, in two words, my muse. Her apartment? A vibe. Her outfits? A vibe. Her carrying around an alcoholic beverage in every scene? The biggest vibe. Since Laura Jean and Kitty’s older sister, Margot, isn’t in the film as much as she was in the last, Stormy kind of acts like that older, mom-figure for the movie, and let us say, she is a role model we all want to have in our lives. She has it together and ultimately helps LJ make the best decision for herself. We hope TALB3 has even more Stormy.