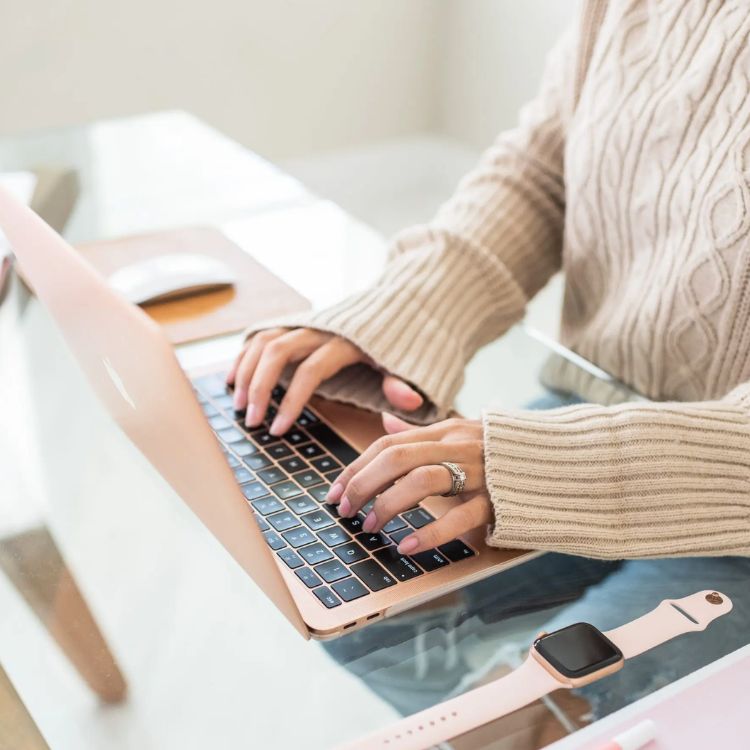 When I graduated from college with an arts degree (major in linguistics, woo!), I had no idea what my career trajectory might look like. I loved writing and knew the field could be tough to break into, but I also really had no idea what the pay would be like. Unlike my friends in finance or government with fairly stable income trajectories, I knew my salary and income potential might be a little more unpredictable. My first role out of college was as an editorial assistant, a job that I absolutely loved, but unfortunately it didn’t love me back. The hours could be long (like waking up at 4am to edit Meghan and Harry’s royal wedding coverage…okay, that one was worth it for the dress!) and the pay was *ahem* a bit on the lighter side.

I quickly realized that I would need more money if I wanted to achieve my other adult goals, like saving for a down payment, adopting a dog, and eating more than just canned soup for dinner.

Following this realization, I got to work, spent time learning how other people were able to make more money in similar fields, and slowly started making progress. Today, about five years after my first job, I’ve now tripled my salary from what I was first making, and I’m currently working towards quadrupling it before I hit 30 in a few years. Trust me, if I hadn’t lived it myself, I would not think it was possible either. But here I am, a reformed believer in my own abilities to make things happen. If I can do it, so can you! Below are some of my tips for making big money moves over a short period of time.

You’ve heard it before, but I’m going to say it again: I believe that all good things come from having clear goals so you know what to work towards and when you’ve achieved it. Otherwise, you’re just throwing spaghetti at a wall. For me, I spent an evening calculating the exact amount of money I’d need to bring in to have enough for my expenses, savings and investing, and fun things like hobbies and traveling. Then, I factored in taxes and 401K contributions to find the total amount of money I’d need to be making before tax (there are online calculators specific to your state that can help you with this!). The number that I came up with was just less than double what I was making at the time…gulp. I may have had a slight breakdown upon coming up with that number and realizing how far away I was, but having a goal to work towards at least gave me the direction that I needed so I could take the next step.

Get your mindset in the right place

I’m a big fan of visualizing and manifesting, and I firmly believe that these two practices helped get my mindset in the right spot to achieve my financial goals. Instead of focusing on how far I had to go which would cause me to feel overwhelmed, I focused on everything that I had accomplished up until this point. There was the time I negotiated my first starting salary successfully, and that time I was able to bring on three new freelance clients in one month—a new record for me (see more on that below)!

Having a positive mindset and manifesting doesn’t mean that you won’t need to do any work to get what you want—I hate to break it to you, but you still need to do the work (just imagine me saying that in a Kim K voice). However, having the right mindset does help to prime your brain to look for more opportunities to help you achieve your goals. Your brain will remember that you’ve done something similar before and encourage you to go for it again. In fact, participating in a manifesting challenge helped me to find my dream role, one which I’m currently super happy with and thankful for.

If you’re feeling skeptical about mindset and how it relates to salary potential, I always recommend people check out Rachel Rodger’s book We Should All Be Millionaires and Barbara Stanny’s Secrets of Six-Figure Women (it’s a little on the older side, but the stories of women achieving six figures will leave you totally inspired!).

Stay focused on what you can do now

After I came up with my golden number for income, I wrote it down on a sticky note above my home desk so I’d keep it top of mind. At the time I had worked at my company for less than a year and knew I’d need to stick it out for a while longer to get enough experience on my resume, so I started thinking about what I could do while still working my day job. The first thing that came to mind was asking for a raise. I took some time to prepare a list of my accomplishments at the company and then spoke with my boss to see about getting a salary increase. I was successful in achieving a 10% raise, and although that didn’t help me tremendously with hitting my ideal number, it did give me confidence that I could go after what I wanted.

In addition to asking for a raise, I also looked for other ways to bring in money. For me, this looked like freelancing as a writer, but for you this could look like picking up more shifts, selling unused or old items on Poshmark, or picking up odd jobs like dog walking (bonus points for getting exercise at the same time!). Keep in mind that the end goal isn’t to be doing a million little things just to make more money, but rather about finding natural ways to increase your income and inch closer to your goal number. 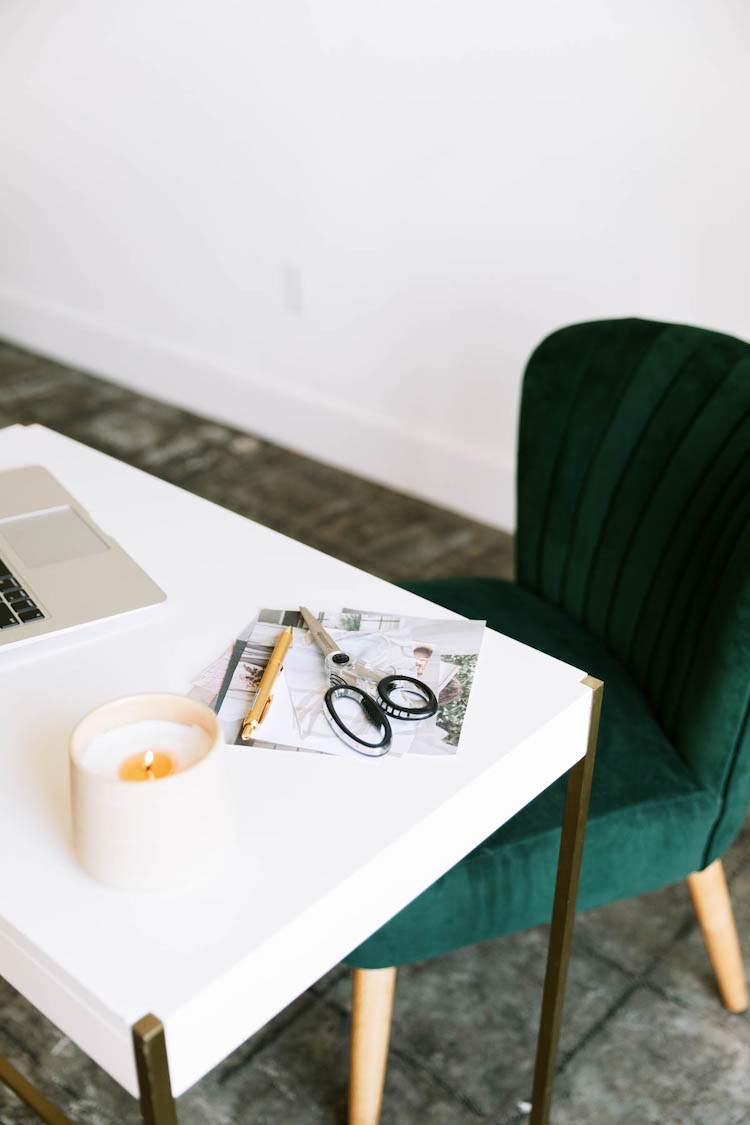 Once I had been working at my job for over a year and had enough credibility to think about switching roles, one of the first things I did was consider whether the industry I was in was going to get me where I wanted to be. I knew I loved writing and communications, but the publishing industry is known for being both volatile and on the lower side of salary benchmarks (although this isn’t always the case, so be sure to research the company). After giving it some thought, I realized that I could still work in communications doing what I loved, but would make more money in a different industry. I decided to take a role as an editor in healthcare and was able to increase my salary to double what I was making before, allowing me to achieve the income goal I had set (cue celebratory champagne!). I did miss being paid to follow celebrity gossip (a guilty pleasure of mine), but I knew I couldn’t make the same salary jump in the industry I had previously been in.

While doubling your salary might sound out of reach for you right now, it’s more common than you think when switching jobs, especially when moving to a different industry. Push yourself to think outside of the box—could you be a graphic designer at a corporate bank instead of a start-up, or an accountant at a tech company instead of a non-profit? To be clear, this isn’t to say that you should get into an industry you hate just because it pays more, but rather to consider if you could take your skills and leverage them into a naturally higher-paying industry.

Always think a few steps ahead

Once I got my desired salary increase, I was thrilled. I was able to let go of some of the side jobs I had taken on in the meantime and had a lot more time for hobbies and seeing friends, in addition to being able to save for my other goals. However, after two years at this new company, I began to set my sights on an even larger salary number. I had grown my confidence by making the first large jump, and I began researching companies that I could see myself moving to in the next year or so. I set up alerts on their career pages and networked with current employees. When a posting would come up I scanned the job description, noted down the required experience and skills, and checked the salary data on Glassdoor whenever possible. Soon, I was able to map out the skills and experience I’d need for my next role along with the salary that would be reasonable for my next move, and worked on getting that experience at my current role. In short, I used the time to get prepared and set myself up for success.

After two and a half years in the healthcare field, I knew I was ready to move to a new company and secure an even higher salary. I still wanted to stay in the world of marketing and communications, but my research had shown me that I’d need to jump to a different industry again to make the most possible money. I did some networking and applied to relevant roles over the course of a few months, and eventually I landed a new job with a salary that was three times my first post-college role.

I’ll be the first to admit that money isn’t everything: a stable environment, a healthy work culture, and (ideally) a passion for your work go a really long way to making you happy in your career. But if you can get all of those things and a higher salary, why wouldn’t you? If you’re looking to make some big money moves with your income, it’s definitely achievable with the right preparations. Take some time to dream big (seriously, don’t limit yourself!) and identify a number that you’d be happy with, look for areas that reinforce your success with getting more money, and open your mind to possibilities for work that you may not have considered before. Believe me when I say that 22-year-old me never would have imagined that I’d be making what I make now, but I’m proud of the work I did to make it happen! If I can do it, you totally can too. 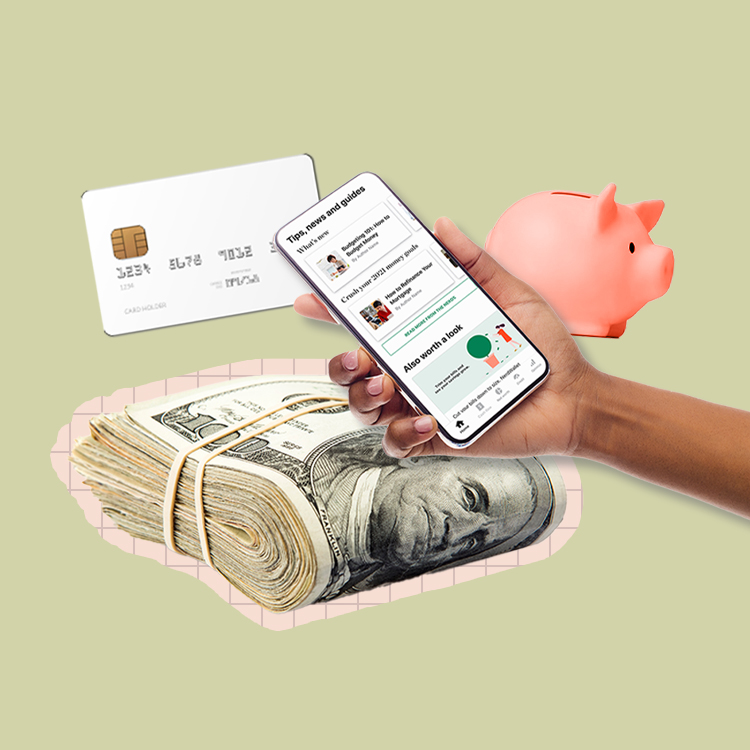