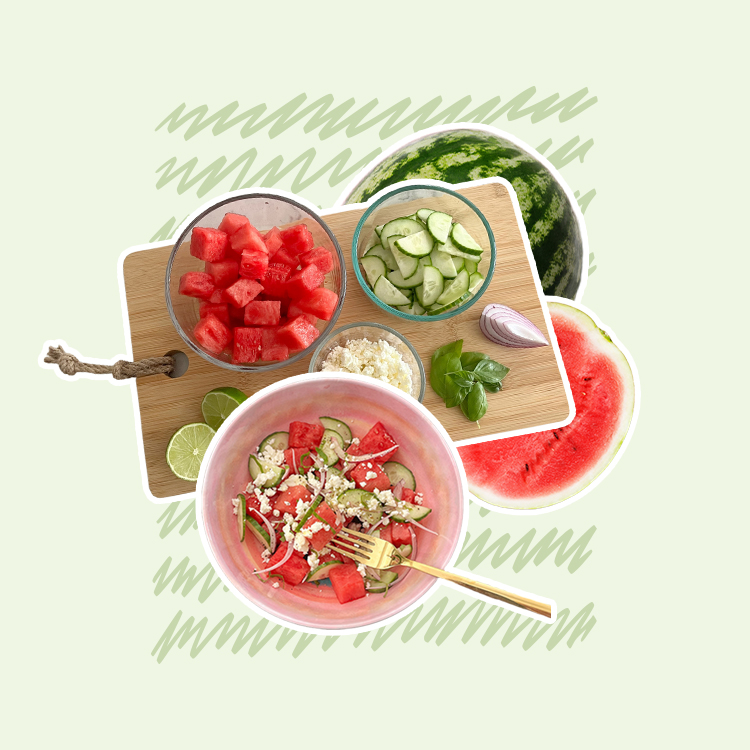 I’ve never been one to turn down a good salad. Whether we’re talking the traditional leafy greens-plus-dressing combo or a sweet-and-savory fruit salad situation, I’m down for it. So when I started seeing a certain watermelon salad all over my feed (and I mean all over it), I knew I had to try it.

If you’ve ventured onto social media at all this summer, you’ve probably seen this salad. Videos with the tag #watermelonsalad have accumulated nearly 10 million views on TikTok, and after rumors spread that Kate Middleton eats this every day for lunch, the content just kept coming. 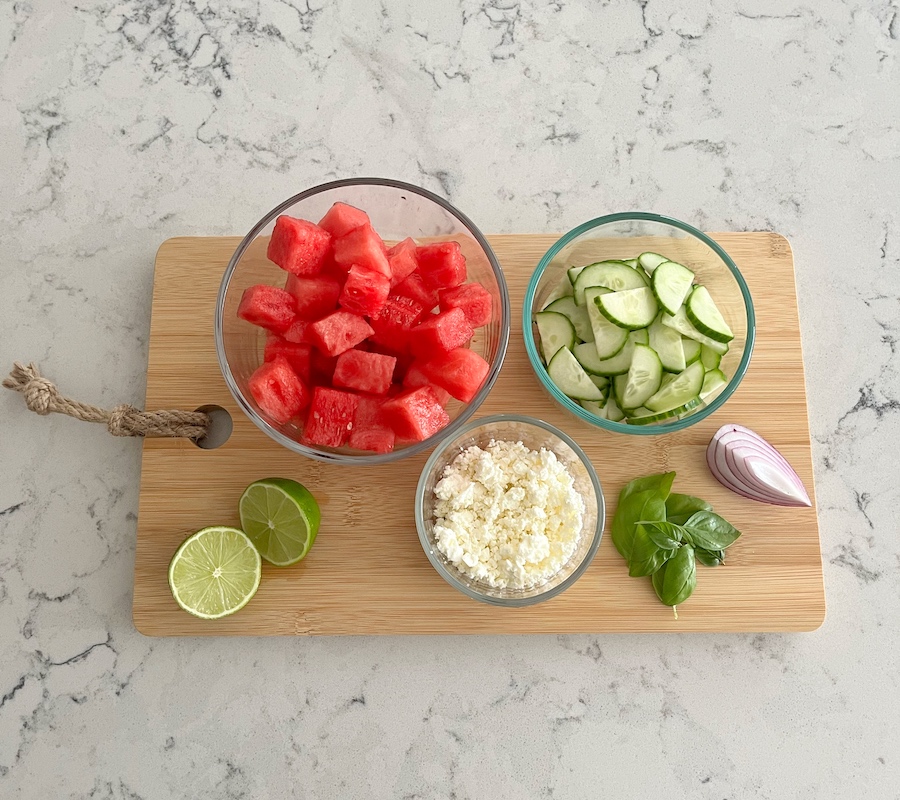 What is watermelon salad?

The watermelon salad in question is a relatively basic chopped salad recipe, and its uniqueness lies in the fact that the base is—you guessed it—watermelon. You toss the watermelon chunks with cucumber, feta, red onion, and fresh herbs, then finish it off with a lime vinaigrette. The concept isn’t exactly groundbreaking, but this refreshing, summertime salad has got the internet in an absolute tizzy, so I figured I’d give it a go.

Some variations—including the Duchess of Cambridge’s alleged favorite—call for the addition of a diced avocado. However, due to an unfortunate allergy (the greatest tragedy of my life), I was obliged to stick to the base ingredients. I should also note that most recipes call for fresh mint, but after an ill-fated evening involving one too many mojitos, I steer clear of it when I can. Instead, I opted for basil as my herb of choice, which goes better with feta anyway IMO.

On a day the temperature was forecasted to reach 90 degrees, I pulled my produce out of the refrigerator and started chopping. That’s the part that took the most time and effort, but otherwise, the recipe just involves dumping stuff into a bowl. After a sprinkle of feta and a healthy dose of vinaigrette, I took a bite. 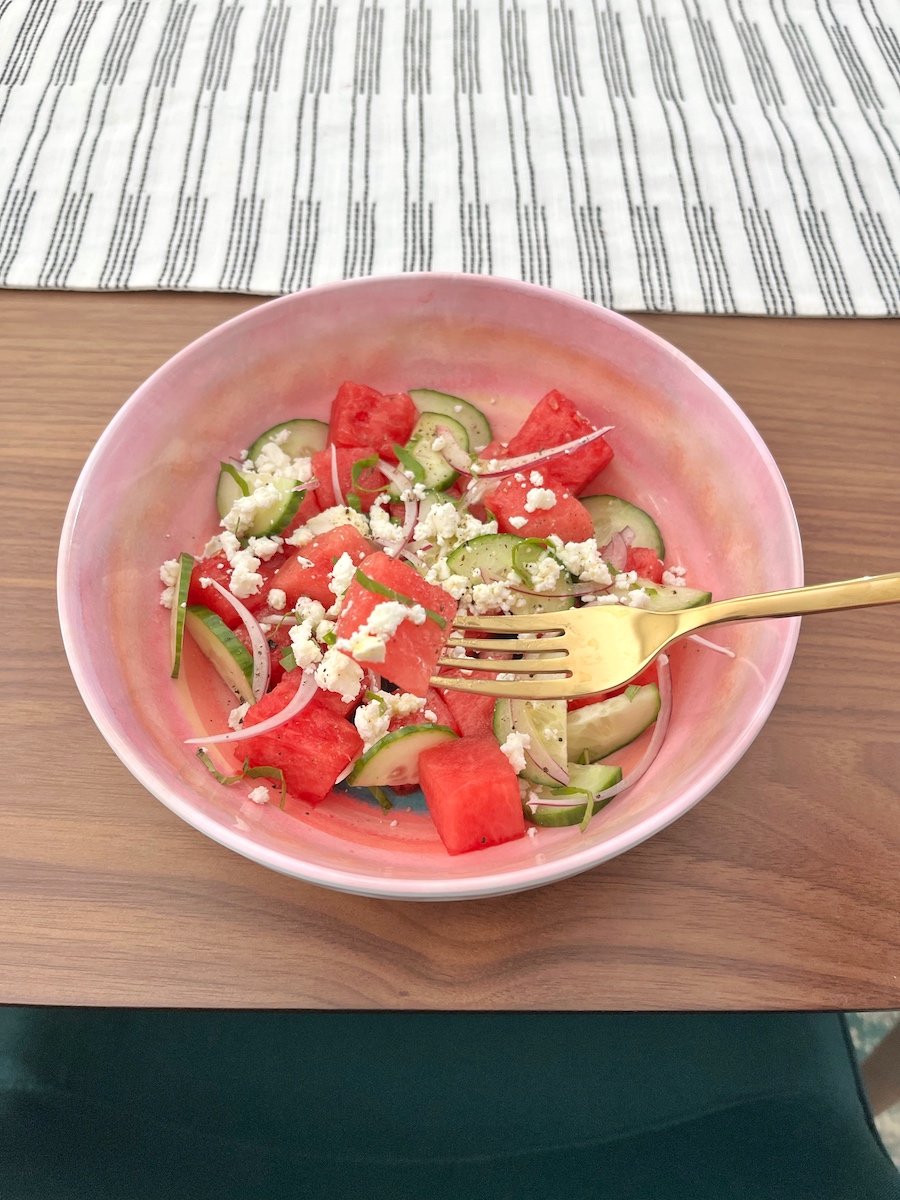 How does it taste?

To pull a phrase from the masterpiece that is 10 Things I Hate About You, I was whelmed. Sure, it tasted fine, but I wouldn’t say it blew my mind with its summery freshness. In truth, the lime vinaigrette was a pretty big letdown. It just tasted like tangy olive oil, which wasn’t altogether bad but definitely left something to be desired. To try to punch it up a bit, I added a couple of dashes of balsamic vinegar over a few bites, and I thought it made the flavors pop a lot more. If I ever make this again, I’d probably opt for a balsamic vinaigrette over the lime version.

I also discovered that pouring dressing over already-juicy watermelon creates an overly soupy situation at the bottom of the bowl. I found myself wishing I had some arugula or another leafy green to mop up the excess. This addition also would have contributed some nice contrast, since most of the ingredients had a very similar crunchy texture.

And that takes me to the biggest question: Will I make this again? Ehh, maybe. If I needed a posh side to bring to a fancy al fresco dinner party (because I get invited to those all the time, obviously), I’d consider it. For a regular workday lunch or even as a side for a backyard grill-out, however, probs not.

But if you’d rather not take my word for it and want to try it for yourself, the recipe is below.

Directions
1. Cut watermelon into bite-sized cubes and place in a medium-sized bowl.
2. Dice the cucumber into half-moon slices and add to the bowl.
3. Thinly slice the red onion and transfer it to the bowl.
4. Roughly chop basil or mint leaves and sprinkle on top of the salad mixture.
5. Whisk together olive oil and lime juice, along with a dash of salt and pepper.
6. Pour dressing over salad and gently toss to mix.
7. Top with crumbled feta and more fresh herbs for garnish. 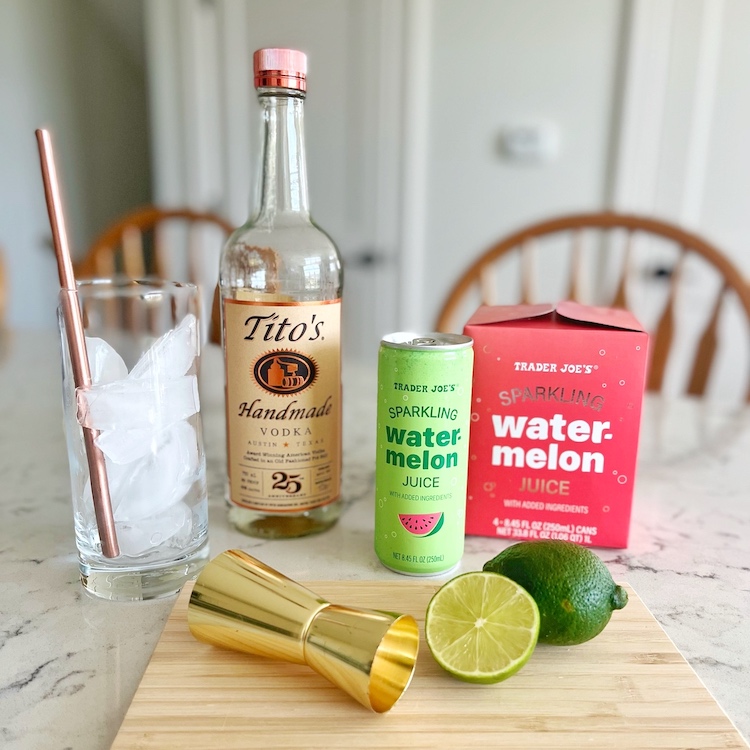