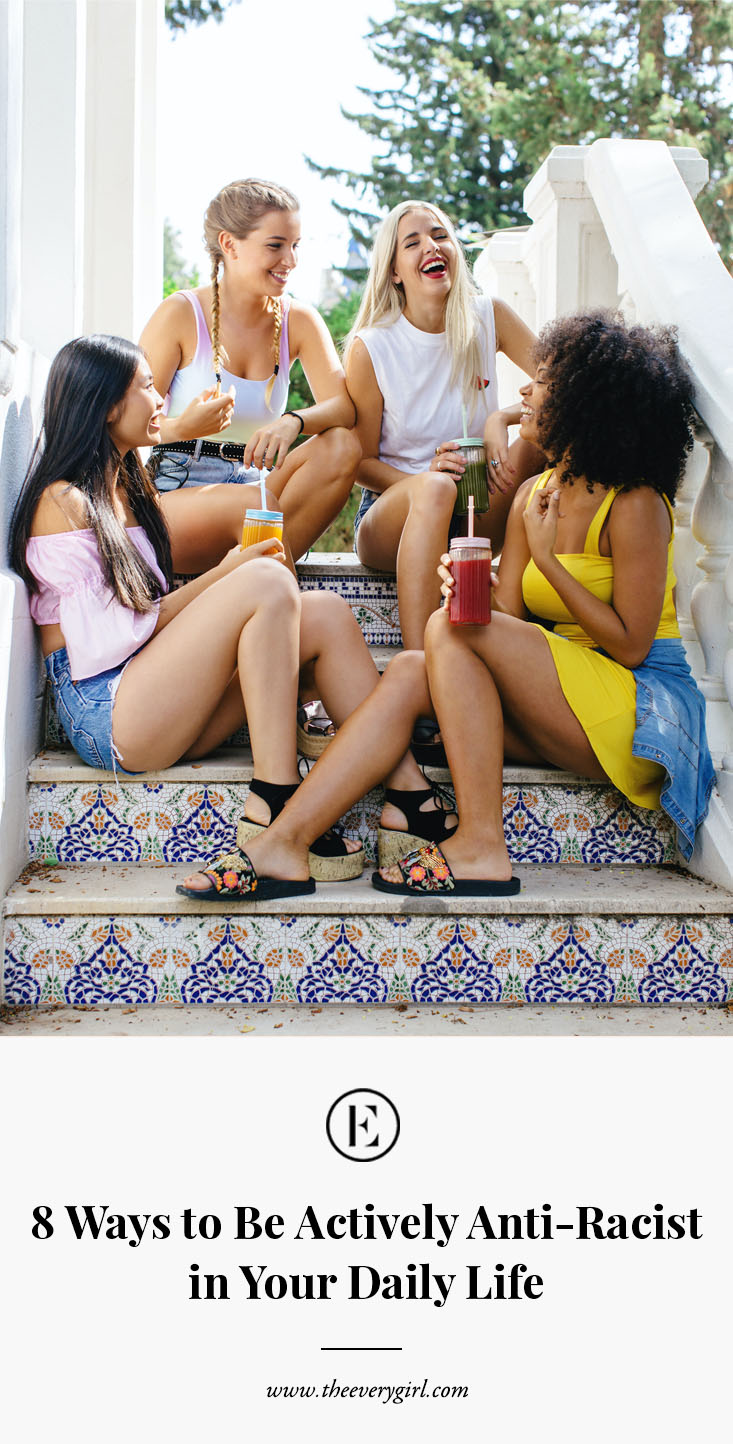 You might be feeling overwhelmed by your news feed these days. Summer had unofficially started and you were looking forward to scrolling through and posting photos of you sipping on your summer cocktails; you were looking forward to the light at the end of the tunnel after having been quarantined for two months. And then you see the video of a white police officer literally kneeling on George Floyd’s neck until he could no longer breathe.

We live and work in institutions historically built upon oppressing People of Color, and they may influence us in ways we aren’t aware of on a daily basis—whether it’s the lack of diversity in leadership positions at work or portrayals of other races in pop culture and the media. By living in a racialized society, it’s not enough not to be a racist; sitting back and being silent by default allows the cycle of racism to continue. Because we live and work in racist systems, we need to actively be anti-racist—and that means both white people and Non-Black People of Color need to learn how to do so.

As an Asian-American female, I identify as a Woman of Color, and I’m finally using my voice to speak up. You may be feeling confused, shocked, at a loss of words to say—but it doesn’t have to be perfect. If you felt that the murder of George Floyd was wrong, say something. To those who did express their commitment to anti-racist learning, I want to remind you not only to speak up when something as so overt as the video goes viral or when it’s trending on social media, but to speak up every single day. Racism is complex in our country and it shows up in so many forms; therefore, we need to be actively anti-racist.

To my white and Non-Black POC friends, here are eight ways to be actively anti-racist in your daily life.

Most likely, what you’ve learned in your U.S. history classes didn’t give you the full story. Our curriculum is biased and tells a false narrative, and the voices of communities of color tend to be marginalized. Think for a second: from whose perspective do you think the stories in our U.S. history books were told?

We need to educate ourselves by seeking out works from voices that were missing in the narrative that we were taught. Read books and articles by Black authors—Ibram X. Kendi; Elaine Welteroth, the former editor-in-chief of Teen Vogue; Michelle Alexander, and Maya Angelou are good places to start. Listen to podcasts such as NPR’s Code Switch and Kimberlé Crenshaw’s Intersectionality Matters! and watch movies and shows by Black creators. Just Mercy is free through June on Amazon Prime and The Hate U Give and 13th are both available on Netflix. Add these to your reading and watch lists.

2. Reflect on your own biases

Take a step back and reflect on your own biases—we all receive and internalize what the world is telling us and have been conditioned to view different groups of people differently.

Resources like Harvard’s Implicit Bias Test and The New York Times’ “How Much Racism Do You Face Every Day” can help you check your own biases. There are also countless books available to help you recognize your privilege and learn about the Black experience. Starting with yourself and recognizing your shortcomings is the first step to becoming truly anti-racist.

3. Speak up to your family

Since there could be a divide on political and social issues with older generations (and unfortunately, sometimes younger ones too) you may have relatives that are openly racist behind closed doors. Next time you are at the dinner table and one of your relatives says an offhanded, racist comment, say something.

To prevent anyone getting defensive or feeling attacked, speak up by asking them questions first, rather than making statements. Ask them why they feel that way, and keep asking until the answer shows that it’s probably racism. Use “I” statements rather than “you” statements (I learned that…) and show that you’re welcoming them to learn. Next time your family gathers around a holiday, it could be beneficial to listen to advice on how to have a conversation with them about socio-political issues. Don’t just speak up when you are surrounded by people who agree with you; speak up when they don’t, because that’s when we learn to understand. If there’s no conversation, then real progress will not be made. 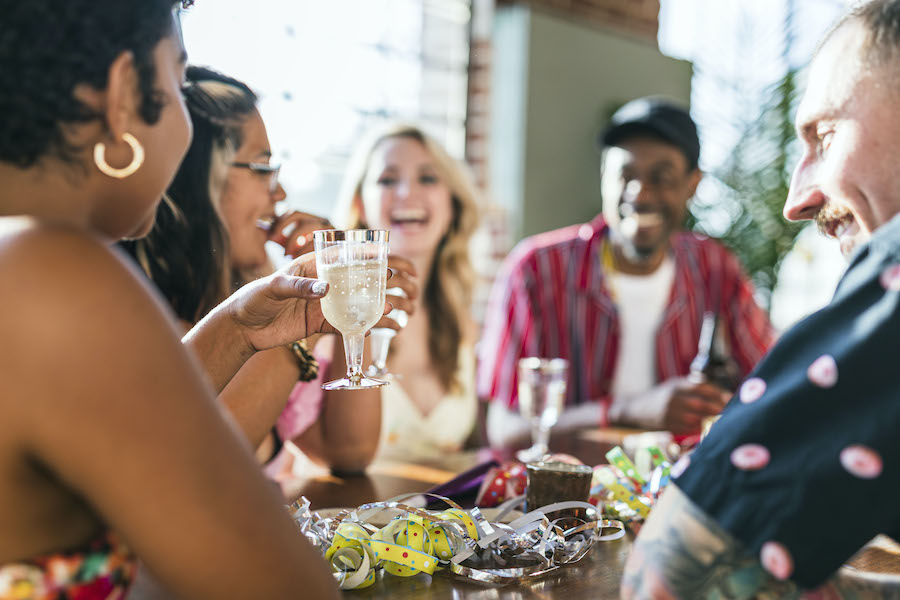 4. Speak up within your friend circles

I admit, I am guilty of not speaking up. I didn’t want to be that Person of Color who suddenly made everyone uncomfortable. I was afraid that my friend who said something that I knew in my heart was wrong would say that they didn’t mean anything by it. I am guilty of being silent and therefore, tacitly approving.

A handful of my white friends love rap music, but when one calls a female Black artist too “ghetto?” Nope. You can’t say that. It’s offensive and wrong.

Appropriation is taking an aspect of a culture for one’s own interest. It is taken when it benefits them and convenient for them to do so. In the scenario above, my friend enjoyed rap music and would rap the lyrics to his favorite songs, but then negatively viewed the artists who were part of this culture that he was using to his own benefit. You need to accept and appreciate the culture as a whole, and acknowledge, credit, and respect where it came from.

What does the situation look like at work? Does your company openly talk about diversity, equity, and inclusion? Do they talk about it and is it clear to you that they make efforts to make all people feel like they belong? What does your team look like in terms of diversity? What does your leadership look like? Are they talking about these current events?

Question and evaluate whether your hiring practices are fair. Reach out to your HR and ask about hiring practices, and discuss any concerns you may have. I’ve found that finding colleagues who feel the same way about creating an inclusive workplace can relieve the burden, spur momentum, and accelerate the pace at which changes take place. Seek out employee resource groups and those who are in diversity, equity, and inclusion positions if you have them.

Once we are at work, we can’t pretend like nothing is happening outside in the world. It is extremely powerful when leadership makes a statement showing that they condemn police brutality, that they are and will be there for the Black community, and that they will be part of the change. It’s been a rough couple of weeks and months, so if you do have a diverse team, think about what your colleagues are going through. We need to support one another and be there for each other. 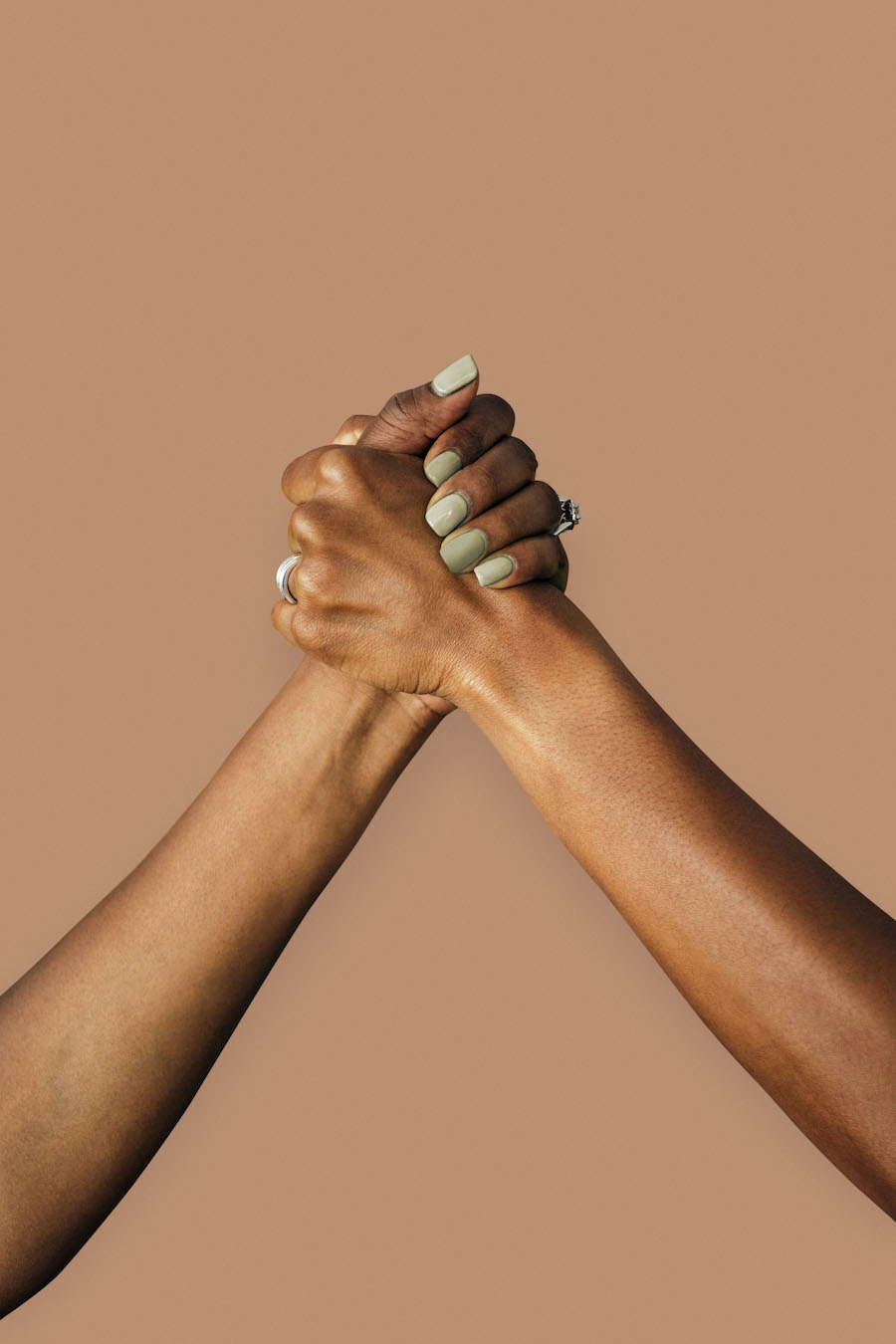 It is important we vote for candidates who will stand up to these injustices. Of course, you should vote in the primaries and in the presidential election; however, it is also important to vote in local and state elections to ensure that police reform is fair and just. Mayors, county executives, sheriffs, judges, and district attorneys—these are the elected officials who help manage our criminal justice system.

You can check out important election dates and the candidates on your ballot in advance. I have also used the voter guides by the League of Women Voters specific to my city to learn and educate myself about the different candidates.

Additionally, if you are able to, donate to campaigns. Money and powerful lobbyists influence campaigns significantly—they can determine who gets to the general election. There is a need for people to become more involved at the campaign level and donate to candidates so they can have a higher chance of winning against the ones who are backed by lobbyists.

8. Do the daily work

It’s easy to ignore this. If you hold privilege, it’s easier to go back to our bubbles, and that’s how these injustices continue to exist. We can’t just stand up to injustice when it’s trending on all our social media platforms or when we’re surrounded by people who agree with us. Now, when the news and media moves on, remember this moment and continue to do this work. We need all of us to be part of the change.