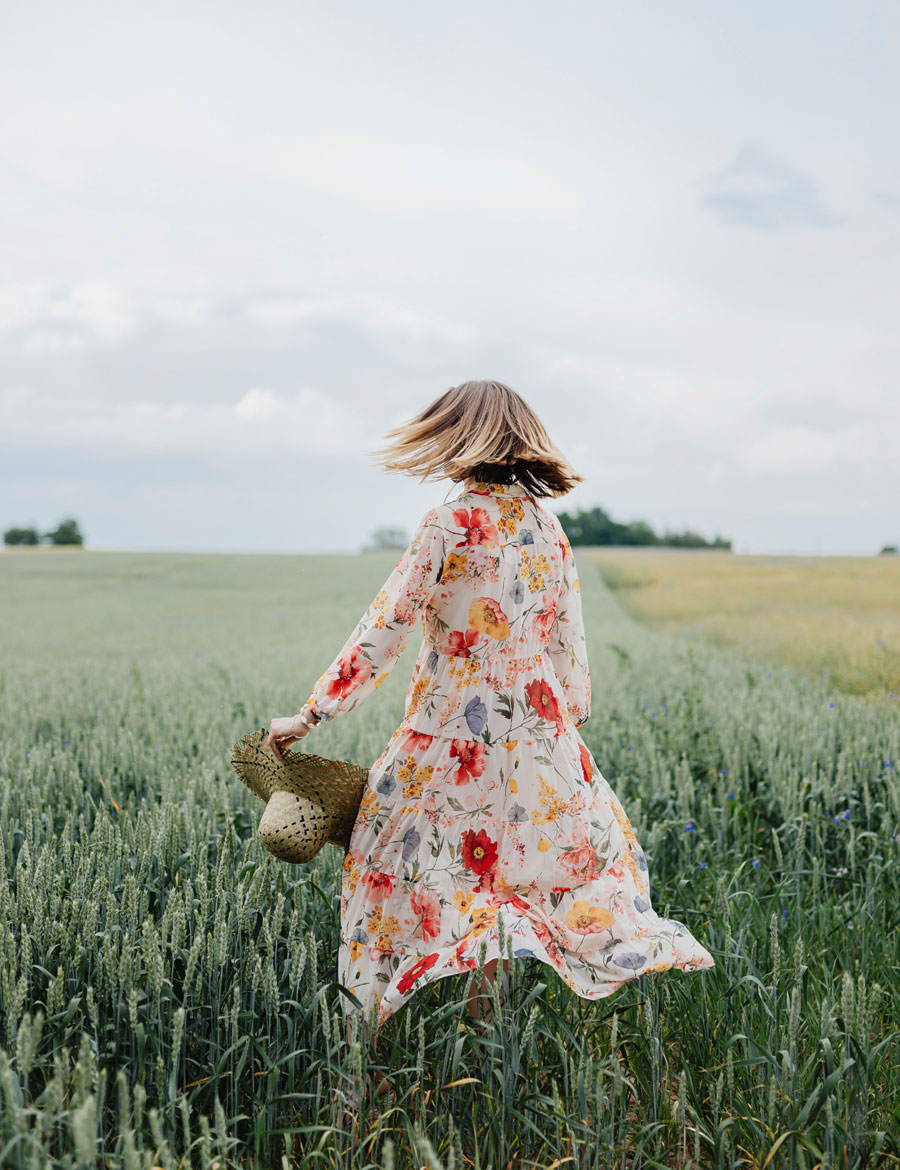 If you write me a cute little love note and leave it on my desk, I’ll save it in my backpack for far too long to smile at later. If you send me a batch of Insomnia Cookies “just because,” I’ll take a snap of it and I’ll refer to it the next time I’m feeling lonely. I have pictures on pictures of my friends, family, pup, and special moments covering an impressive amount of surface area in my apartment because I simply never want to let go of the good times that have made me laugh, smile, and appreciate the world and the lovely people I’ve encountered along the way.

Sure, maybe some would call me a hoarder of sorts, and I can’t totally disagree. I like to hold onto memories and my people so tight and never let go. I don’t hate the sentimental side of myself… it has allowed me to appreciate those around me and has led me to be a more thoughtful, heartfelt person. In the same breath, it has made change incredibly difficult.

I fell in love for the first time when I was 20. It was a relationship that I craved after a lifetime of obsessing over chick flicks and romantic comedies, but it was even better because it was ours. We would laugh and talk about life until 3am despite setting our 7am alarms, have five-hour-long study dates where we’d half study and half share internet finds while munching Trolli gummy worms. We would stare at each other for far too long, smiling and talking about our future and all of the adventuring we’d partake in. We’d cry in the summer when he left for home, almost forgetting that we had a road trip planned that was only a mere three weeks away. I loved who I was with him: attentive, future-driven, and the happiest I’d ever been.

It was a relationship that I craved after a lifetime of obsessing over chick flicks and romantic comedies, but it was even better because it was ours.

We were together for four years, but somewhere along the way, life happened and we grew up. I still held on tight to the good moments that would present themselves less and less, craving those butterflies and all of the times we would drive and sing our song at the top of our lungs.

In our fourth year of dating and first year of living together, he broke the news to me that his feelings had changed and that he thought we should explore other options. My heart absolutely shattered. After months of sensing his disinterest, I can’t say that I didn’t see it coming. But it didn’t make the blow any more tolerable. A future that I was once so sure about crumpled before my eyes. He had probably grieved the relationship much earlier than I did, as the breakup was initiated by him. On my end, I simply wasn’t ready to let go.

I found myself consumed with finding closure from him. Where did things go wrong? What can I do to fix things? Did he have another girl in mind? Can we pretend things are OK for just a few minutes longer? His answers broke me. He was kind but he offered me no comfort or reassurance. He told me the truth and they were words I simply didn’t want to hear. We parted ways, but would find our way back to each other to talk from time to time and every encounter hurt as much as the first time that we said goodbye.

After riding the high of being excited to see him “one last time,” hoping that it would turn into a rekindling, I came to a turning point where I was tired of leaving him and being so. freaking. sad. I had all of the answers that I needed from him, and I still felt like I had made no progress in my healing. I was stuck. I can’t remember exactly when I stopped reaching out to him, but I know that it came as a result of being conditioned to feeling empty after my attempts to make contact.

A future that I was once so sure about crumpled before my eyes.

Breakups rarely read like a well-written book with completed sentences, thoughts, and chapters. Instead, they’re more likely nonlinear, unpredictable, and a bit unsettling. In an attempt to control my reality, I realized that I had to continue on to write my own ending that would bring me peace. I had to begin to find closure of us within myself. Our story was now my own.

I started seeing a therapist who helped me to shift my focus on the things that I could control and realizing the power that I had in what previously felt like a powerless situation. Sure, he was the one who initiated the end of the relationship, but it was me who packed up and left with my dignity, knowing that I deserved more than uncertainty. It was me who got out of bed this morning, despite the sadness that weighed on my heart. I had the choice to keep grieving and keep moving forward while staying true to my open, kind heart.

I wrote heart-wrenching letters to him that I never sent. I shed a tear when I heard our song at dinner with my parents, but I also opened my heart to the love and laughter that my sweet mom and dad provided. I surrounded myself with people who lifted me up, wanted me around, and reminded me of my worth. I invested the time that I would take figuring things out with someone else to grow and bloom. I read my first poetry book, scribbled notes in the margins, and wrote a few verses on times that the sadness returned. I rode the waves instead of pushing them aside, and I kept coming out stronger.

Breakups rarely read like a well-written book with completed sentences, thoughts, and chapters. Instead, they’re more likely nonlinear, unpredictable, and a bit unsettling.

I DID THAT. I reclaimed my sense of self and independence. I trusted my choices, gave myself credit for the little things, and treated myself with grace when I faltered.

What if, instead of looking for closure from our exes, we skip that part and look inwards to grieve and move on? I had all of the answers in the world from my first love, and it didn’t mend my broken heart. My healing started once I stopped looking for love in the place that I lost it. What if we started facing those gut-wrenching questions with what we know to be true instead of hitting send on that text that we’ve been saving for when the time is right?

“I can not alter the course of someone else’s feelings or actions.”

“The end of our story isn’t the end of my story.”

“What we felt was real.”

“Though the ending wasn’t what I wanted, I can find peace knowing that there was a space and time where our love lived. And that’s something to smile about.”

I reclaimed my sense of self and independence. I trusted my choices, gave myself credit for the little things, and treated myself with grace when I faltered.

Change wearing the mask of rejection hurts. It’s more than OK to be sad and it’s imperative to grieve in order to move on to new beginnings that will give you the butterflies and security you feel like you’re missing. But if you find yourself desperately searching for answers after rejection, know that if you look within yourself, you already have all the answers you’re looking for.