I’ve always felt that it was in my DNA to be “sensitive.” My skin is sensitive; my stomach, super sensitive; my literal senses even feel more sensitive than most’s.

My decision to embark on Whole30 is something that has been long overdue for me and requires a bit of backstory. My saga with my body has been a long and winding road. After a decade of persistent stomach problems, my stomach is something that I’ve grown to fear; and about three years ago, I began getting a raging, angry, red rash on my face to accompany its tantrums. After a dozen trips to different dermatologists, and getting my hopes up for the latest to tell me “I can put a bandaid on my symptoms, but I’ll never find the root of the cause,” and suggesting being on an antibiotic for as long as I need to cure my face (up to 10 years!), my Western-medicine-minded self knew that I needed to make a lifestyle change on my own — something had to be at the root of these obviously connected issues.

It’s hard to put into words how much these issues have truly affected my life and how hopeless they have often made me feel; but to put it mildly, a full-blown elimination diet is long, long overdue in my life. There’s never a perfect time to completely rethink your consumption, especially when you’re 23 and much of your life consists of going out with friends where appetizers and drinks are flowing. But for me, it was time. And although doing an elimination diet to start a new year is incredibly cliche, I figured my present-but-fleeting motivation that comes with January 1 would be enough to get me through 30 days of completely clean eating. My dermatologist told me the food groups he would suggest eliminating, and they fell within the guidelines of Whole30, so I decided that following Whole30 guidelines would be the easiest for me.

I believe you can do Whole30 for any reason (you don’t need to be in as extreme of a circumstance as me for it to be beneficial to you), but before you do, there are some things that aren’t by the book that you should consider.

It’s also worth noting that Whole30 is not a diet. You don’t count calories or track macros, and weighing yourself is prohibited. It’s meant to change your relationship with food, and for people like me, bring food sensitivities to light. I’m writing this on day eight, and while I have a long way to go and a lot left to learn, I have learned a lot this week on what I should have expected (and as the queen of snacking and sugary coffee, if I can do it, you absolutely can too). If you’re considering Whole30 yourself, here’s what to know going into the first week:

Before you feel good, you’re going to feel worse than when you started

And by this, I mean that even on day eight, I still don’t feel good. When you cut the things out of your diet that your body is used to using for energy, you feel what’s equivalent to a pretty decent hangover — for multiple days in a row. Think exhaustion, irritability, headaches, you name it. Day one is a breeze. Day two? Not so much.

I have a huge sweet tooth, and I knew that cutting sugar out was going to cause some withdrawal, but I didn’t realize just how much. In the Whole30 book, it’s explained that you don’t feel good until around day 14, but the beginning is not for the faint of heart; don’t think you’re going to immediately feel like a million bucks because your eating is better — it takes time.

I didn’t think I needed this, but I realized how wrong I was almost immediately. Even if you’re stubborn like me and think you can get away with enough online research to eliminate the need for this, you’re wrong. The beginning provides such vital information on what to expect — down to a day-by-day breakdown of symptoms — and is filled with enough recipes to get you through the entire 30 days. They also provide information on going about your 30 days in all different kinds of scenarios, like if you’re a vegetarian or have a history of an eating disorder. This got me excited for Whole30 — rather than being nervous — but I wish I took the time to read it before starting, rather than reading it on day two. Trust me: it’ll make you understand why you’re doing it in a way that gives you the motivation to actually follow through. 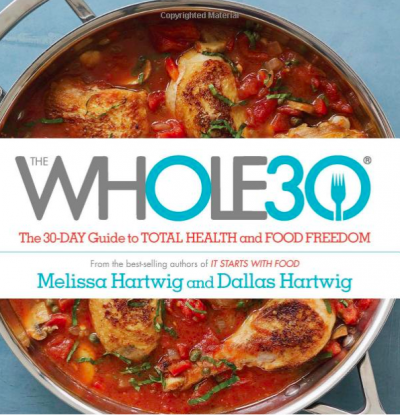 The Whole30: The 30-Day Guide to Total Health and Food Freedom

I started Whole30 earlier than I was planning, sort of on accident. The day after Christmas, I went to pick up the things I needed to prepare, and after realizing my meals for that day had been compliant, I spontaneously decided to start — with nothing prepped, which goes against all advice.

When you’re used to being busy and rushing around, I’m sure that, like me, you’re used to picking up a sandwich for lunch or your favorite takeout for dinner; but on Whole30, this is impossible. You need to have the meals you’re going to eat prepared and ready to be heated up, or you’ll have to deal with being absolutely starving while you’re cooking yourself something — there’s no getting around this. I obviously wasn’t the most efficient in my planning, but the first time I was starving after a workout and realized that I needed to actually cook to eat, I prepped things in bulk — down to my scrambled eggs. Unless you want to be hovered over the stove for half of your day, this is necessary.

You can find recipes that you love

I got lucky in that the first recipe I chose to make was one of the best meals I’ve made myself in a while, regardless of it being Whole30 compliant. Over the past week, I’ve both rushed to make easy things and spent time making my food actually taste good, and putting in the extra time is worth its weight in gold. Since you’re not eating the yummy carbs or sugary snacks your taste buds crave, the things you are eating should taste as good as possible — and they can. I’ve been pleasantly surprised by how much I’ve enjoyed the things I’ve made, and it isn’t something you should dread.

Pick up all the compliant condiments you can find

Since Whole30’s debut, their condiment game has changed drastically. While you used to need to make all of your sauces and dressings, there are now compliant options that you can buy. Primal Kitchen products are sold at Whole Foods and are all Whole30-compliant, which means you can stock up on ranch, chipotle lime mayo (my holy grail thus far), ketchup, and everything in between to make the journey easier on yourself. Get yourself to a place that you have everything you need for cooking without thinking twice about what oils or sauces you’re using with it. 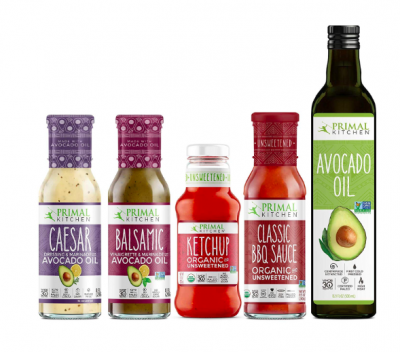 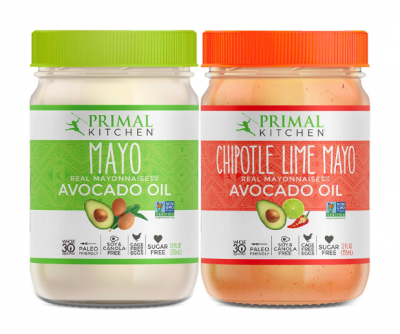 If you’re used to sweet coffee, Nutpods will save you

One of my biggest concerns about Whole30 was the coffee situation. My coffee is a ritual and is something that often literally gets me out of bed in the morning. I love a vanilla latte way more than the next girl, but even if I’m just drinking plain coffee, I always put a splash of half-and-half in it. I read that Nutpods are the best Whole30 compliant creamer for those who are used to their coffee being borderline-desert, and after going through two cartons of it already, I ordered a variety pack on Amazon, and they’ve absolutely saved my life. They still make your coffee creamy and flavorful but have none of the bad stuff you’re trying to avoid. (So far, the French Vanilla is my favorite.) If I knew how much I’d like these before starting, I wouldn’t have done half the dreading that I did. 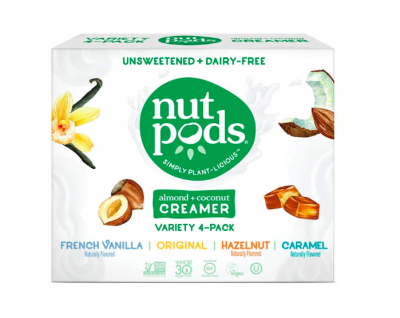 You’ll get used to it quicker than you think

I thought that by the end of day one, I’d be dying for a piece of chocolate or something sugary to satisfy my cravings, but it’s surprised me how little I crave things outside Whole30. Don’t get me wrong, I definitely am having cravings, but it isn’t nearly as bad as I thought it would be — and I say that as someone who I would consider as having a moderately bad sugar addiction. You’ll still be a functioning, normal human, just one that probably wants a baguette more than the person sitting next to you.

Get ready to read a lot of ingredient labels

Absolutely the best piece of advice I’ve read for surviving this is to know what you can and can’t have down to individual ingredients. Prior to this, I’ve probably checked about two ingredient labels in my life, but now I have to do it multiple times daily. You’re going to be absolutely flabbergasted by the amount of added sugar the foods you’re used to have – it has truly shook me to my core. (Things that never even crossed your mind before. Panera chicken marinade even has added sugar, who knew?!)

The “Whole 30 Days” app has a tool that’s invaluable: the ability to scan food’s barcodes and immediately tell you if it’s compliant or not (or to look up individual ingredients and get the same information). Trust me: skip the googling in the middle of the grocery store aisle and pay the $2.99 for this — you’ll use it constantly.

You won’t feel deprived or hungry

I’ll admit that on my first couple of days, I did feel hungry and was struggling to get as much food into my body as I usually do without snacking or carbo-loading; but after getting the hang of it, you should feel as full as you do when you aren’t on Whole30. Get in your carbs with veggies, load up on protein, and add fats to your meals to feel as full and satisfied as possible.

One thing I like about my inadvertent start to my 30 days was that I didn’t have time to dwell on it. I didn’t spend the day before having my last sweet, my last bag of chips, or my last vanilla latte — I just started. Whole30 is hard, but not harder than other things you’ve done. The book begins with a quote along the lines of, “Beating cancer is hard; drinking your coffee black is not hard,” and I’ve found myself going back to the thought. There are a lot of things that are really, really challenging in life, and while this is difficult and a test of will, it isn’t the hardest thing you’ll ever do — and before you know it, you’ll be a week in and will be used to it.