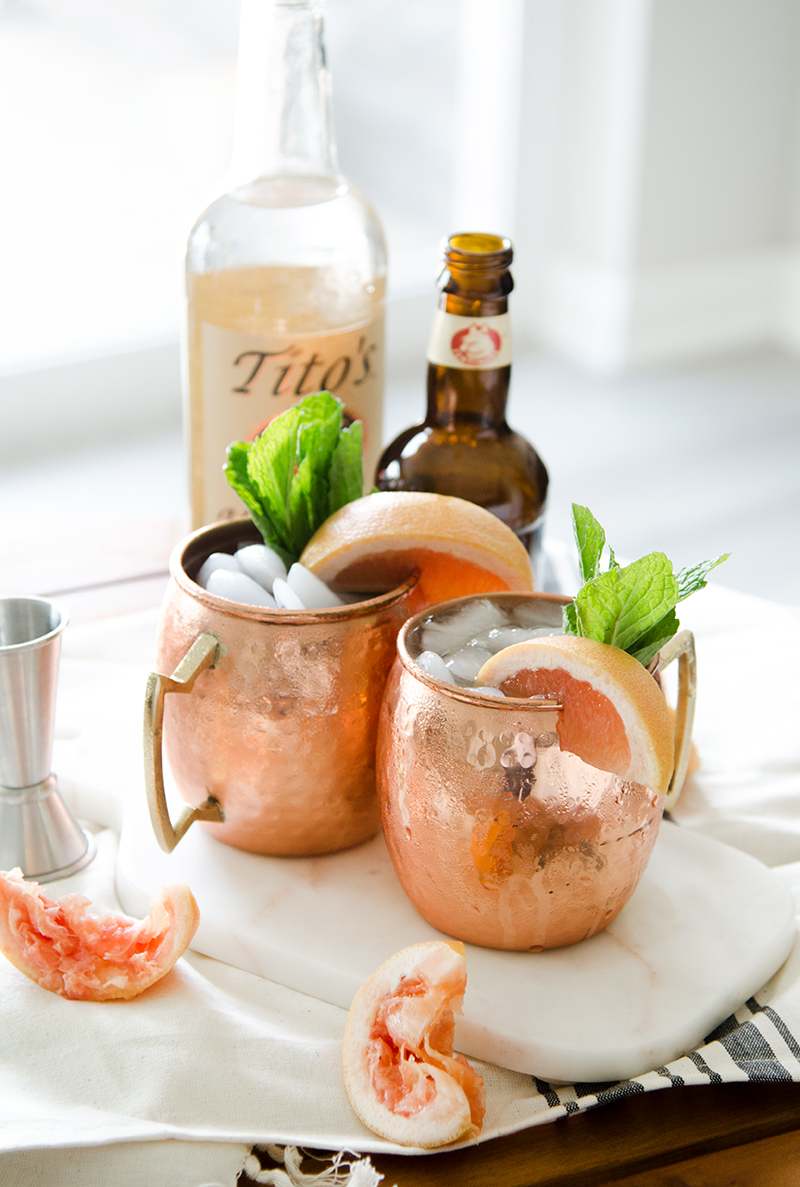 Spicy ginger beer. Vodka. A splash of sweet lime juice. Plenty of ice, and of course, the ubiquitous copper mug. All of these ingredients add up to one of the most refreshing cocktails around, perfect for all seasons and backdrops. Read on for a short history of this beloved beverage, the Moscow Mule, plus three of the best versions that you can easily make at home with a few simple ingredients. 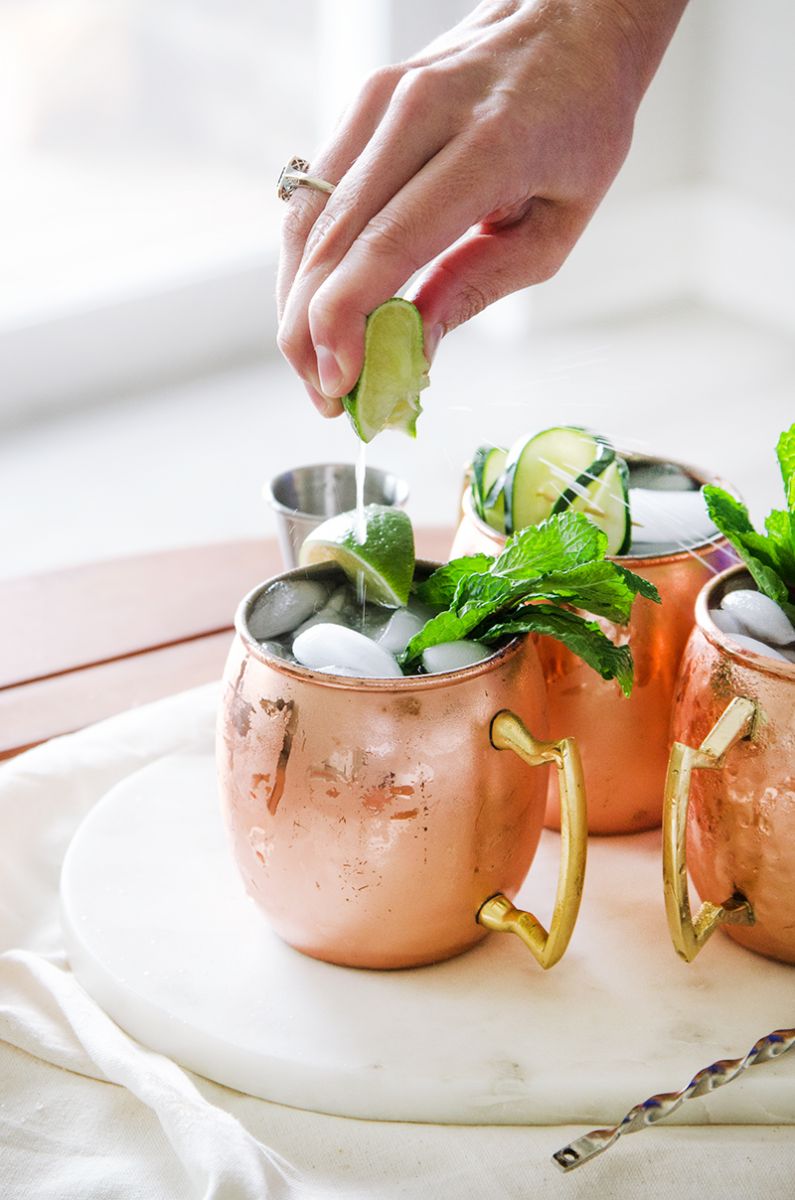 HISTORY OF THE MOSCOW MULE

A short history of the Mule: In the 1940s, businessman John Martin had recently purchased a tiny company called Smirnoff, but sales of its main product—vodka—fell flat. Jack Morgan, the owner of the Cock ‘N Bull bar in Los Angeles, had a basement full of house-made ginger beer that no one wanted. Martin stopped into Morgan’s bar one day, and after some conversation, the two men decided to create a drink that would not only satisfy customers, but also successfully empty both of their inventories. When they later met a Russian immigrant peddling a few thousand handmade copper mugs, they bought her stash in the hopes of using the mugs to make their new concoction stand out. As for the name itself, no one really knows the origin. Most guess that the “Moscow” was due to Americans associating vodka with Russians, and some say “Mule” refers to the flavor kick of the ginger beer.

Either way, the name stuck and the drink worked. The Moscow Mule slowly became a well-known libation of choice for the Hollywood crowd, and with the exception of a short-lived Cold War boycott, continued to rise in popularity across the U.S.

HOW TO MAKE A CLASSIC MULE

To make a traditional Moscow Mule, you’ll need about four ounces of ginger beer, two ounces of vodka, and a splash of lime juice. Use a shot glass to pour the alcohol over ice in a chilled copper mug, followed by a glug-glug-glug of the ginger beer. Add a quick squeeze of lime and toss the lime wedge into your cup. Give it a solid stir (no cocktail shaker needed!) and enjoy responsibly. 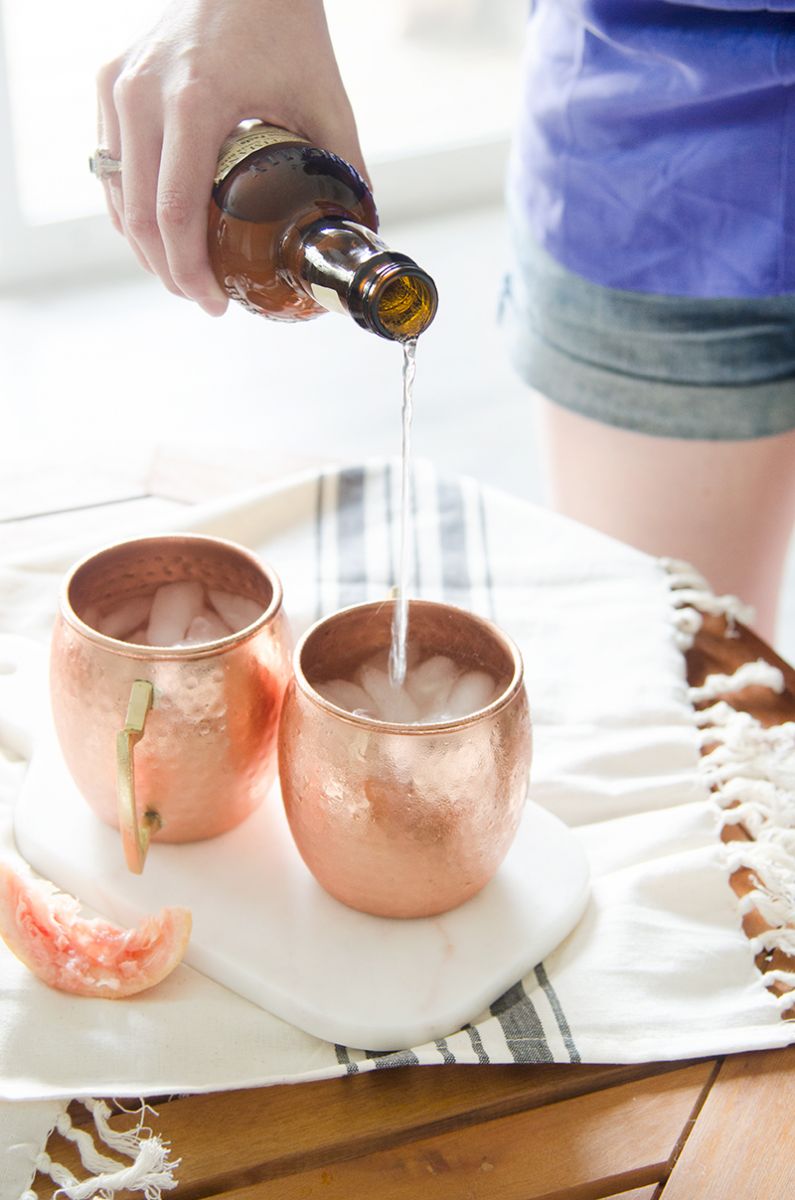 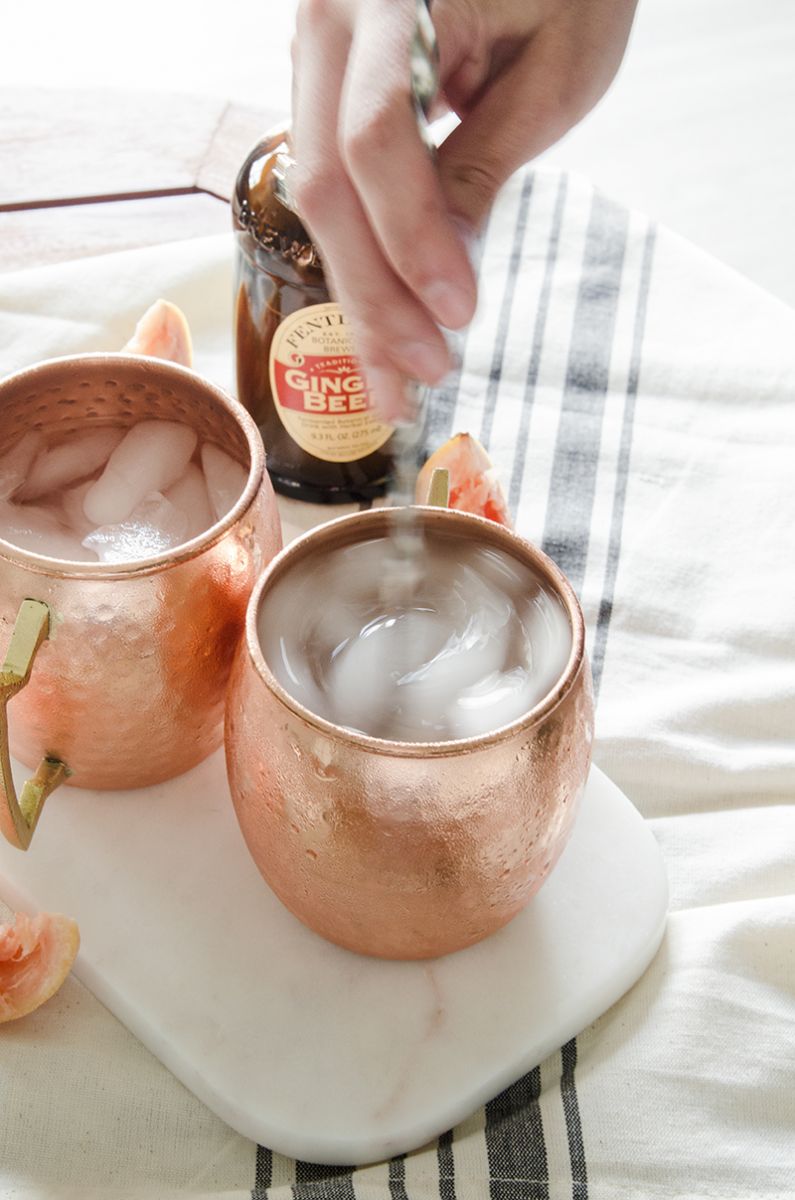 A few things to keep in mind:

First, the liquor of choice is usually vodka, but you can swap it out if you prefer another spirit. (Note: Changing the liquor changes the nature of the actual drink.)

Second, the type of ginger beer used affects the flavor quite a bit. Don’t make the mistake of grabbing ginger ale instead of ginger beer at the store; the former is essentially a carbonated beverage made from water and ginger, whereas the latter is brewed and fermented, which adds a unmistakably sharp, gingery flavor. In terms of ginger beer brands, either stick with a classic like Barritt’s or Reed’s or go the full artisanal route with Fever Tree or Fentiman’s. (This guide can provide some insight if you’re unsure what to choose.) Most ginger beers are not alcoholic, though a few brands have introduced alcoholic versions in recent years, so be sure to glance at the label if this element matters to you.

Third, while a copper mug is the trendy way to imbibe in a Moscow Mule, it’s not necessary nor does it affect the flavor. The cold metal does insulate the temperature of the drink, which is particularly nice in warmer weather, and the handle keeps the body heat of your hand away from the mug walls to protect the liquid inside. If you prefer to use copper mugs, they can easily be found at a variety of price points and stores. Expect to spend anywhere from $6 to $50 per cup. For mugs that last for many drinks and years, lean toward ones that are dishwasher safe and closer to 100% pure copper rather than imitation or stainless steel.

Likewise, the type of ice used doesn’t matter. You can experiment with fancy spheres, big blocks, crushed, or cubed, so long as you use a lot of it.

Finally, there are endless recipe variations on the Moscow Mule, so have fun trying out different versions! Three of our favorites are outlined below plus a roundup of other interesting takes on this time-honored classic. 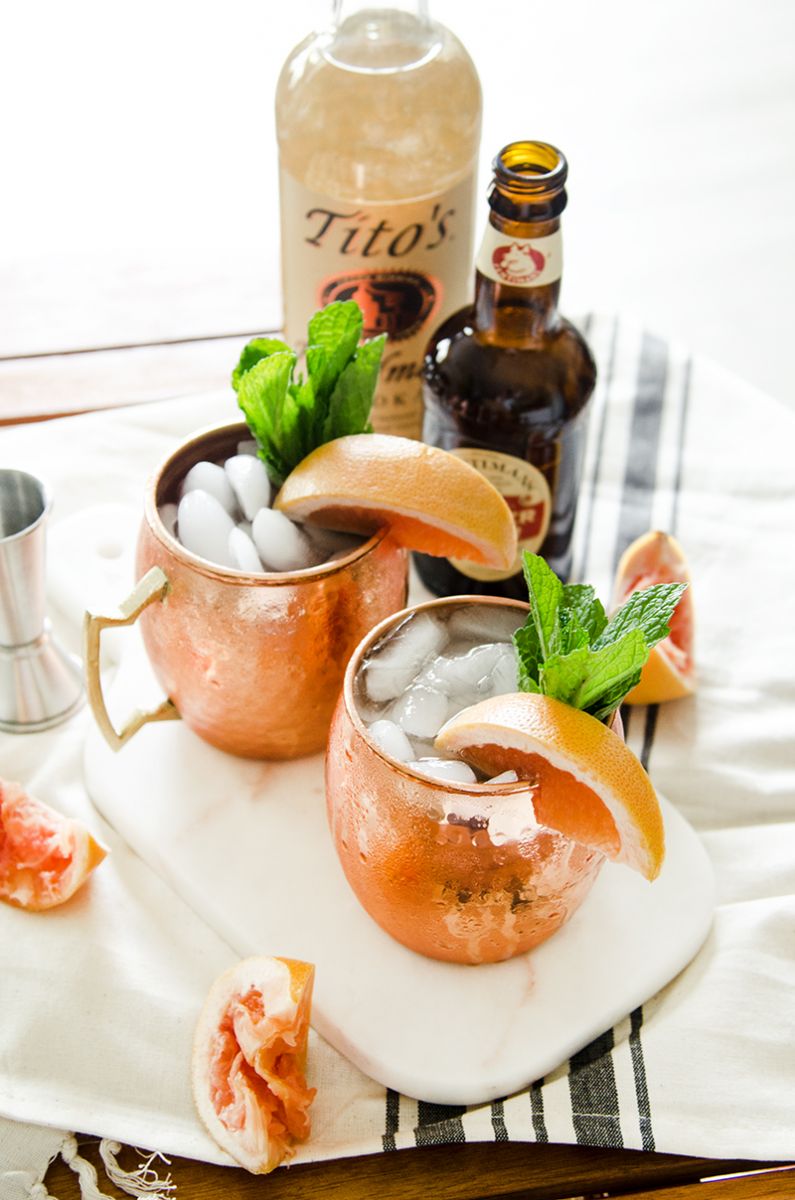 HOW TO MAKE A GRAPEFRUIT MULE

Pour three ounces of fresh squeezed grapefruit juice over a mug of ice. Add one to two ounces of vodka (we used Tito’s, but any kind will do), plus three to four ounces of your choice of ginger beer. Squeeze a lime wedge for hint of tropical tartness and then place a grapefruit slice on the edge of the cup rim for garnish. 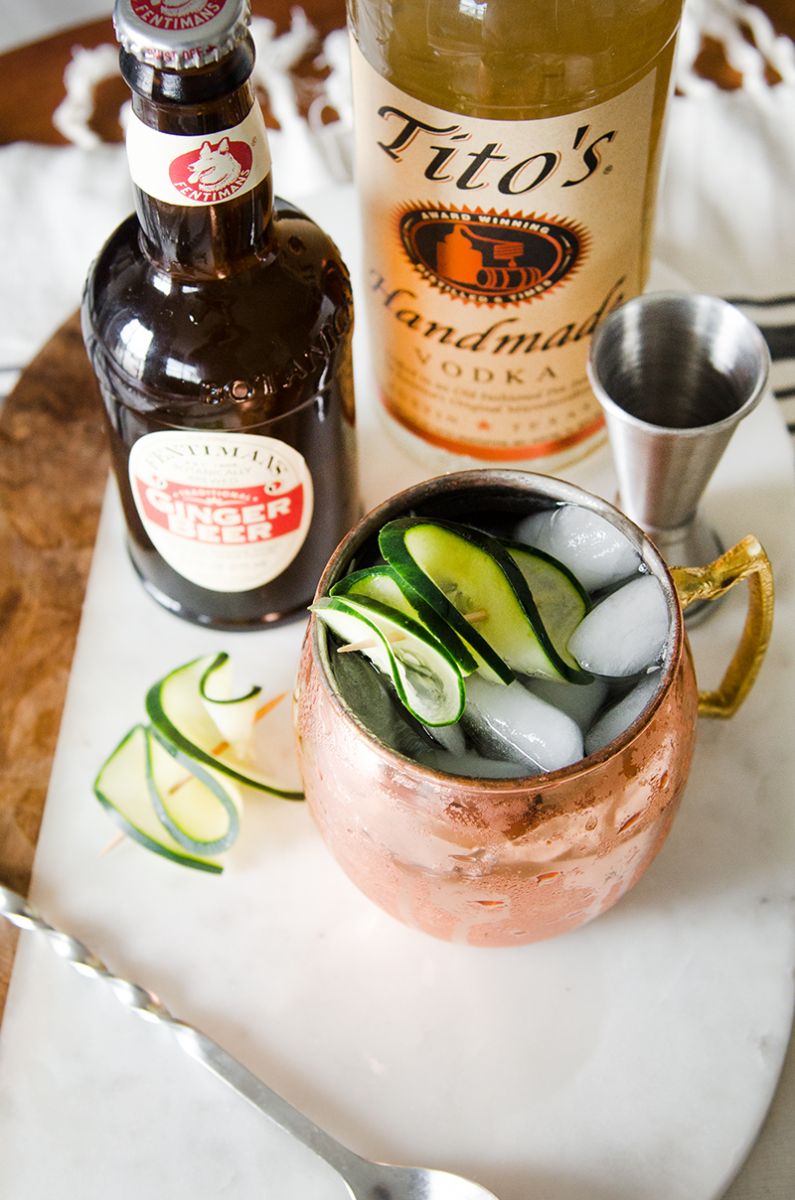 HOW TO MAKE A CUCUMBER MULE

Use about the same measurements of vodka to ginger beer, but this time, introduce one to two ounces of fresh cucumber juice (a juicer is handy here), an ounce of freshly squeezed lime juice, and a quarter ounce of simple syrup (we used store-bought, but you can use homemade syrup, if you prefer). Spear a thin slice of cucumber on a toothpick for garnish. 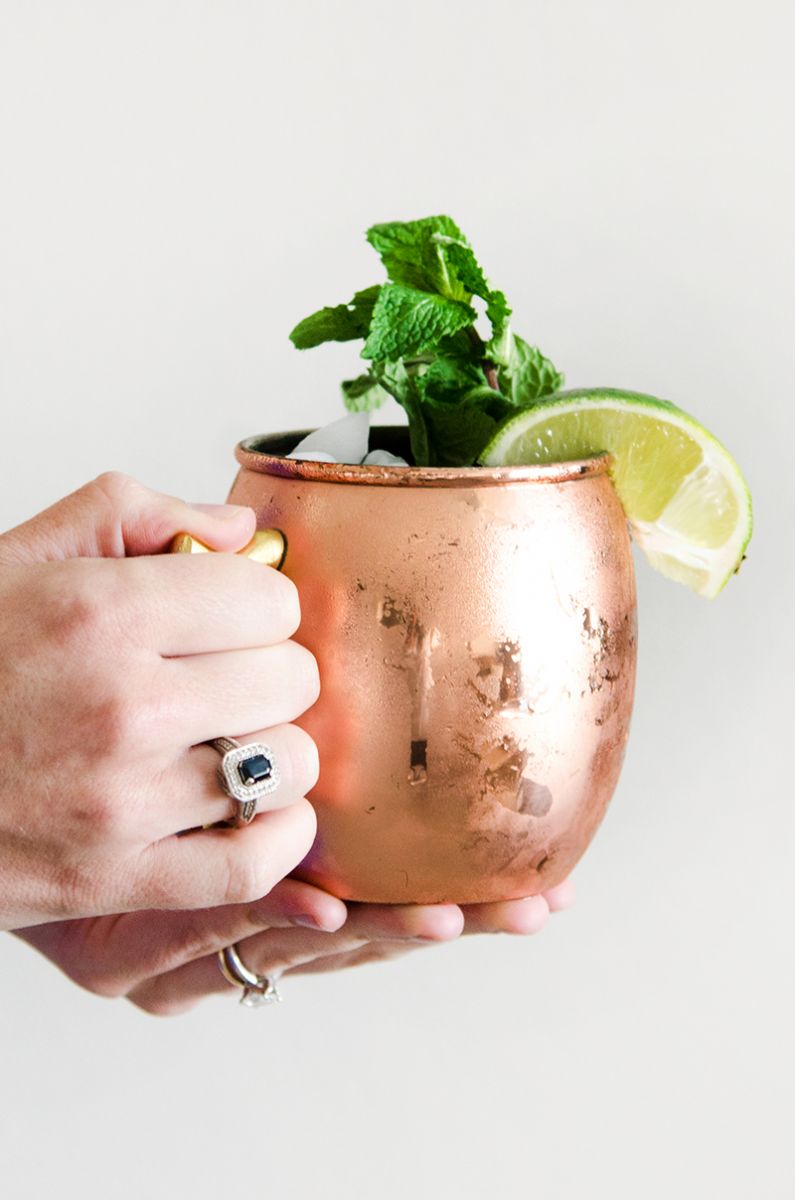 HOW TO MAKE A KENTUCKY MULE

For a Southern twist, use bourbon instead of vodka. All measurements of ginger beer and lime remain exactly the same, except use one to two (or more!) ounces of bourbon rather than vodka.

For other non-vodka options, try tequila, rum, gin, or brandy.