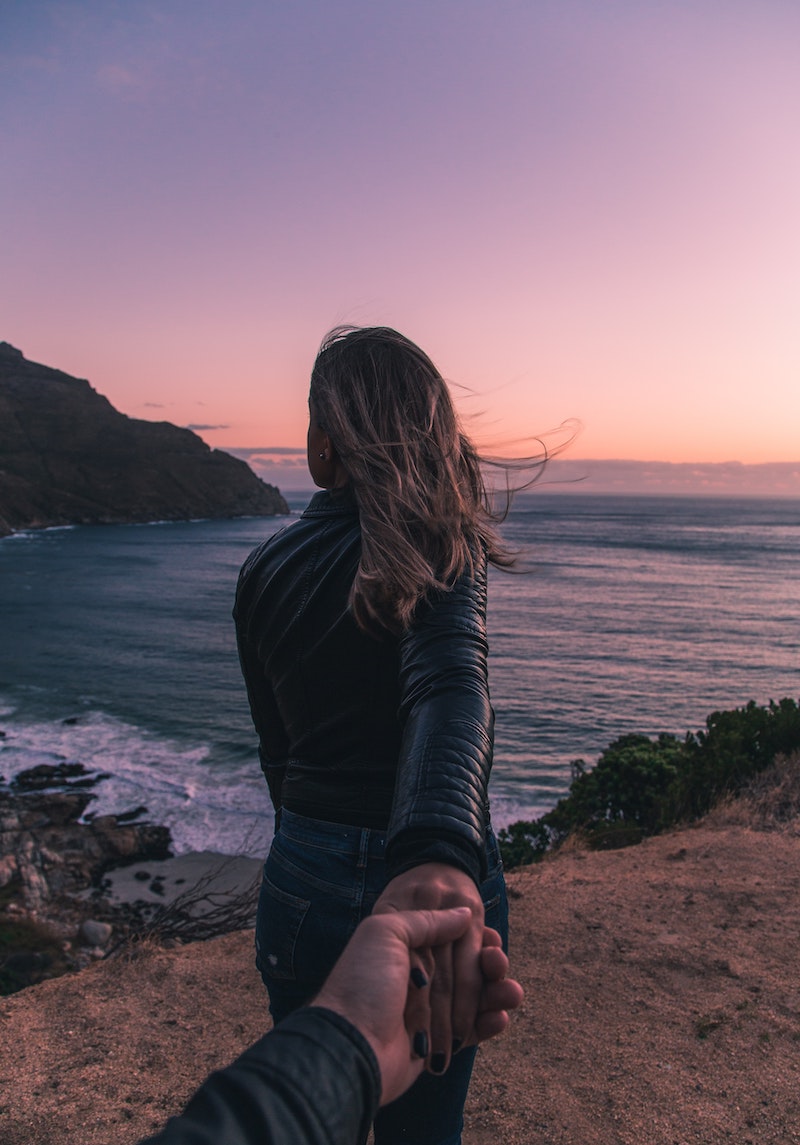 We’ve all been there—the relationship everyone else knew was wrong for us except ourselves, the douchebag disguised as prince charming, the never-ending roller coaster you can’t seem to hop off of. The first step to getting out of a shitty relationship is realizing it’s shitty and deciding whether it’s able to be saved (or worth being saved). Here are the things I wish I could have told myself when I was in that shitty relationship that maybe you would want to tell yourself too:

1. Being with the wrong person feels more lonely than being alone.

I speak from personal experience when I say that the main reason you’re still in that shitty relationship is probably because of the L-word. No, not love—lonely. Maybe the scariest part about going through any breakup is acknowledging the fact that we’re no longer a part of something, we are now just alone. I know it seems scary, and I know it sounds cliché for me to tell you that you are not alone because of your friends/your mom/your dog. It’s a different kind of a part-of-something, and I know that. But when you’re sitting at a restaurant eating food you don’t like with a person who belittles you/bores you/annoys you, it will feel much more lonely than watching The Real Housewives of Salt Lake City alone at home, wrapped in a Barefoot Dreams blanket, and eating your weight in Indian food.

And now, a metaphor: Every relationship you have is like a piggy bank where every nice thing someone does for you and every nice feeling they give you is one penny, and every bad feeling they give you is a penny taken out. Now, even the most fruitful relationships will bring moments of sadness, disappointment, anger, and boredom. Happy couples fight, and even the best people will make you mad, but you should be smiling, laughing, and happy much more often than you’re fighting, crying, or sad. If you’re spending all this time and effort in a relationship, your piggy bank better be full AF.

Everything you’ve learned from all those episodes of The Bachelorette will try to tell you otherwise, but as soon as you realize this person is not the one for you (not just “the best option”), they’re not worth your time or love. In order to save you from a lot of pain, the first major doubt or bad feeling in your gut should be the end, not the beginning of the end.

In fact, it’s one of the most important words in a relationship’s vocabulary. Compromise and empathy are crucial but so is respect for each other’s wants and needs. Communicating what you don’t want should be just as easy as saying yes. If it’s not, this person really doesn’t respect you or care about you as much as they say they do.

5.  If it feels like you’ll never get over this for the rest of your life, you will.

First, I say this for the sake of affirming your dramatic actions. Going through a shitty relationship and an even shittier breakup calls for some serious wallowing, and you deserve to be dramatic. Get out the Ben & Jerry’s tub, que up The Notebook, and send a group text to your friends that make them worry for your sanity like “I’m fine, everything’s fine.”

I’m a fan of being dramatic—so dramatic, in fact, that pretty soon you’ll be sick of yourself. You’ll start to realize it might not actually be the end of the universe. You’ll pick yourself up, turn Netflix off, and it won’t really feel like you will never get over it anymore. As soon as you realize you will get over it, that’s when you do. 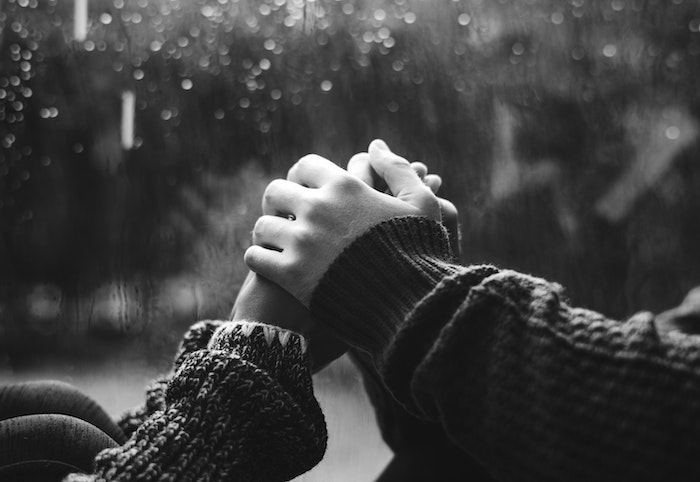 We often confuse love for a lot of other emotions—comfort, addiction, and infatuation are the common ones that often get misunderstood to be love. Neurochemically speaking, addiction and love are very similar—studies have shown that when romantic partners see each other, the brain regions that become activated are the same regions that are activated in cocaine addicts when they are craving cocaine. The difference between actual addiction and just addiction-like qualities of love is that with healthy love, there’s respect, trust, and commitment. If you’re just addicted to a person, it will feel more like attaining “highs” at any cost.

Likewise, the difference between a comfortable love and a love for the sake of comfort is the feeling of safety. With a comfortable love, you’ll feel safe and trust no matter what. If you’re in a relationship for the sake of comfort, you’ll feel uncomfortable whenever you’re not with them, out of a lack of trust in them or in the relationship. Realize what love actually looks like and don’t mistake it for anything else.

OK, so maybe Lizzo wasn’t around during my last shitty relationship, but I sure as hell wish she was. After all that moping and wallowing are over (or maybe in between all the spurts of feeling sorry for yourself), turn off the Celine Dion and crank up Lizzo, or whatever music makes you feel confident. When you love yourself—like really, truly love yourself—you’ll stop feeling sad about being alone and start being… excited.

Cognitive dissonance is a term in psychology referring to conflicting attitudes, beliefs, or behaviors. It’s kind of like being in denial by proving yourself right in a situation where you were actually wrong; the feelings of discomfort when your beliefs run counter to your behaviors or new information.

It’s why we’re so loyal to groups we suffered to get into (mean girl cliques at school or hazing in a sorority), why smokers insist smoking won’t kill them even with the scientific evidence to prove it, and why we suffer to break free of bad relationships—leaving it requires acknowledging that you made the mistake of staying in a bad relationship, to begin with. Realize the active part you took in staying in the relationship and then let your self-blame go.

I’m an empath to a fault. I’ve been known to talk myself into life situations in order to avoid hurting people. But trying to spare someone’s feelings makes both of your lives worse. Know that it will hurt more for both of you the less honest you are and faking feelings for even good intentions is still faking. Also, don’t go with the “it’s not you, it’s me” approach (when did that ever work?). In the end, knowing what was missing for you will let both of you move on quicker.

11. Read this story that future you wrote and it will make sense of all of this.

You won’t know what it is yet, but there will be a moment in your future when you will look back at this relationship and this breakup and think, “oh, so that’s why that happened.” You’ll find that love is not supposed to be a roller coaster of emotions that rom coms might have us believe—it’s actually a steady assurance and a decision to spend your life with the person who brings out the best in you. We’ve got to kiss a lot of frogs to find that soulmate (and sometimes frogs are even disguised as princes), but one day you’ll be thankful for the heartbreak you went through with these frogs because without it, the future you wouldn’t have found Happily Ever After. 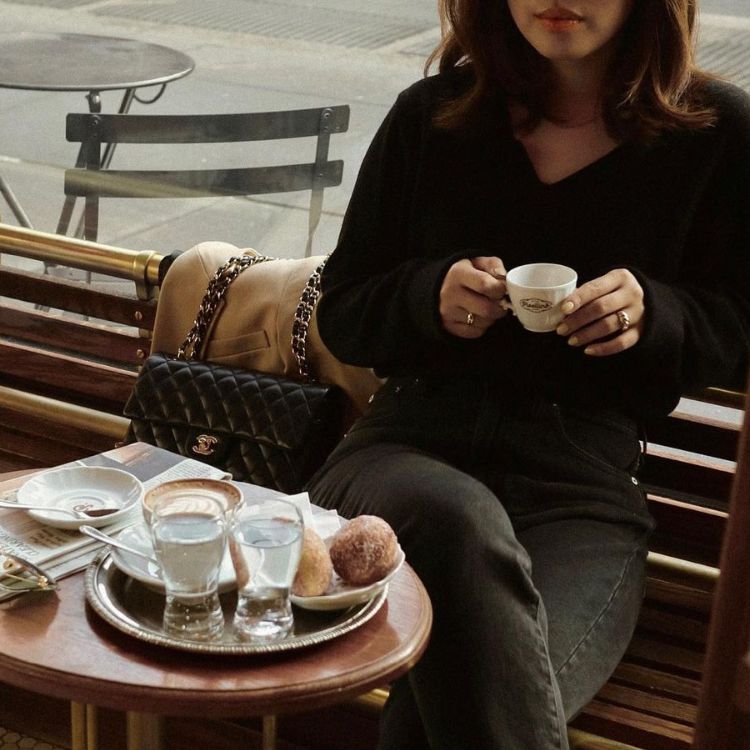