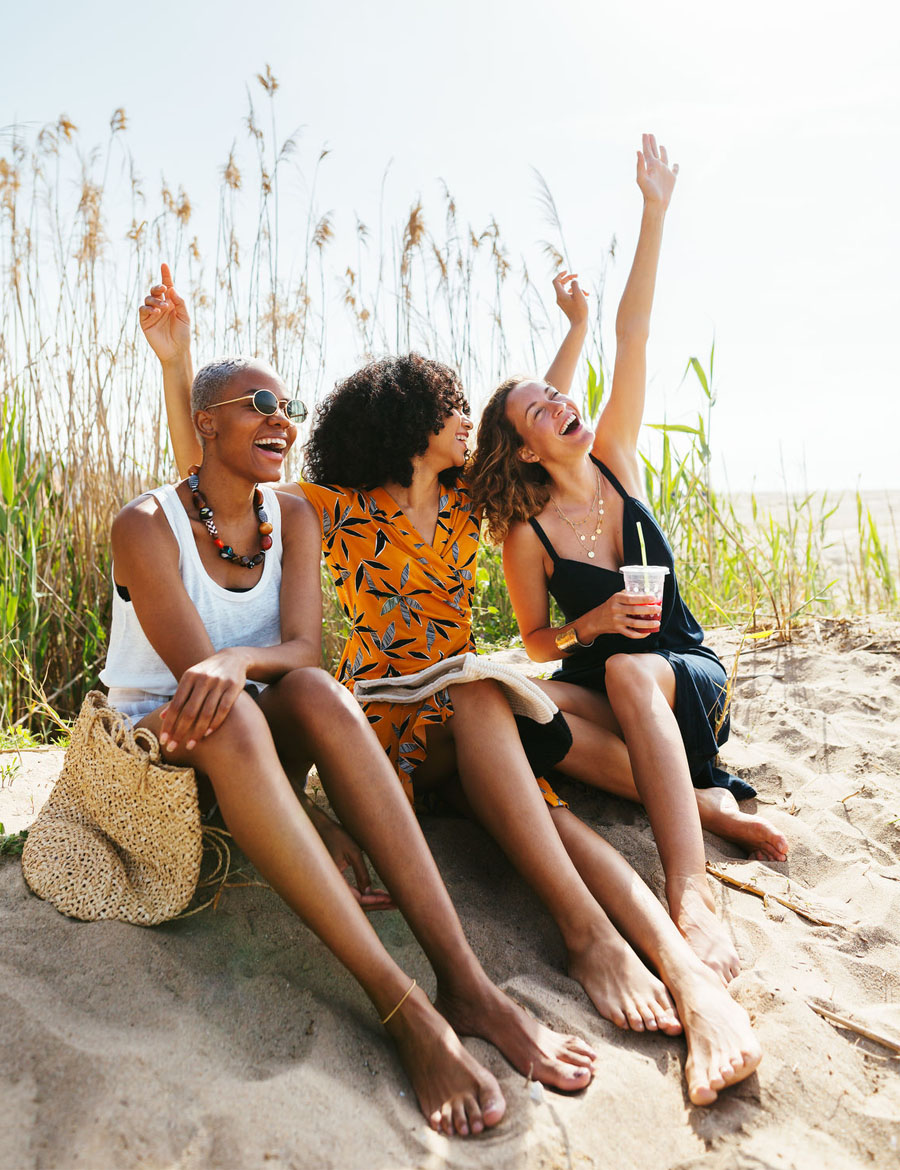 I am potentially the sappiest romantic you will ever meet – my AIM profile was just Titanic quotes (because at 12 years old, I obviously had enough life experience to identify with “I’ll never let go!”), I memorized every word to Taylor Swift’s Red album (and listened to it repeatedly while dramatically staring out the window), and I’ve always believed in soulmates.

When it comes to love, I’ve notoriously had high expectations. I believed with all my heart that not only would I meet my Prince Charming, but he would be the funniest person in the world, volunteer his free time to children’s hospitals, be equipped with exceptional song writing skills to serenade me on the regular, and would probably resemble Zac Efron circa-Hairpsray (Link Larkin is my Kryptonite). If he’s going to be my soulmate, then he must be perfect.

I’m not alone in my soulmate expectations — 73 percent of Americans believe in soulmates (although probably more like 20 percent about the Link Larkin part). But as the seasoned adult that I now am, I have some questions about this idea of “soulmate” — what really does a soulmate mean, and is it what differentiates a forever relationship from a breakup? On an Eat, Pray, Love type personal quest, I’ve discovered some universal truths about what this idea of “soulmate” really means:

What is a soulmate? (I mean, REALLY)

I never thought it would come in handy, but I’m about to tap into my religious studies major, so buckle up — the idea of a “soulmate” originates from Egyptian-Greek religio-mythology. The creation myth states that human beings originated in pairs (two sets of eyes, two sets of legs, etc.), as one body and one soul. The gods split humans in half to decrease their power, leaving them to wander the earth in search of their other half, or their long lost soulmate.

For many people, a soulmate acts as a mirror, reflecting back to you your dreams, desires, flaws, and strengths to help you become the best version of yourself.

In modern times, we don’t use the word “soulmate” to refer to physical other halves, but rather as a call to destiny; the one person in the world that we are meant to be with. For many people, a soulmate acts as a mirror, reflecting back to you your dreams, desires, flaws, and strengths to help you become the best version of yourself. To others, a soulmate loves unconditionally. A soulmate might also mean the person who feels most “familiar” to you, as if you’ve known them your whole life (if that’s not a rom-com cliché, I don’t know what is). Others believe a soulmate is someone who is the same as you; who not only shares your same interests and tastes, but also beliefs and values.

READ: Are You Settling in an Unhappy Relationship? Here’s How to Tell…

Is Finding Your Soulmate Really the Secret to a Lasting Relationship?

In one study, researchers found that on the topic of relationship longevity, people typically fell into one of two categories: destiny beliefs (believing in the idea of a soulmate, or having one person who is destined for you), or growth beliefs (believing that relationships are slowly built, and a long-lasting relationship is a choice, not destiny). While my 12-year-old heart immediately wanted to shout out destiny beliefs from the rooftops, the study presented an interesting result.

The people who identified with destiny beliefs were far more likely to breakup and have more difficult relationships. After this discovery, I went through a minor existential crisis and burned all four of my Twilight DVDs, but then realized something major. People who go into relationships with a soulmate-mindset base decisions off of asking themselves, “is this as good as it gets?” while people with growth beliefs think from the standpoint of “how can we get closer?” and “what can we do to keep making this better?”

The fact is that even if I did find my Prince Charming who played guitar and made me laugh and shockingly resembled Zac Efron, he’d still forget to wash his dishes or zone out when I’m talking about my day. Any bump in the road, and I’d think, there’s someone out there who plays guitar, makes me laugh, and always listens to me and washes his dishes. Doesn’t it make more sense, and dare I say, isn’t it even more romantic, to make it a choice? To wake up every morning and choose this person over and over again, believing in your ability to grow together and accepting each other for who they are? Instead of searching for perfection, you could be spending your time cultivating the kind of relationship that could actually make you happy.

How to Get Over the “Soulmate Trap” Without Settling:

To be clear, the last thing I’d suggest is to settle. Waiting around for a soulmate is different than finding “The One.” I still am very much the same romance-obsessed girl with high expectations, but I’ve traded in my Titanic quotes for a relationship that has the qualities to actually make me fulfilled and happy. Here’s how to stop the endless soulmate search, without settling:

Do you believe in soulmates? What do you think is the secret to a lasting relationship? Tell us in the comments, below!