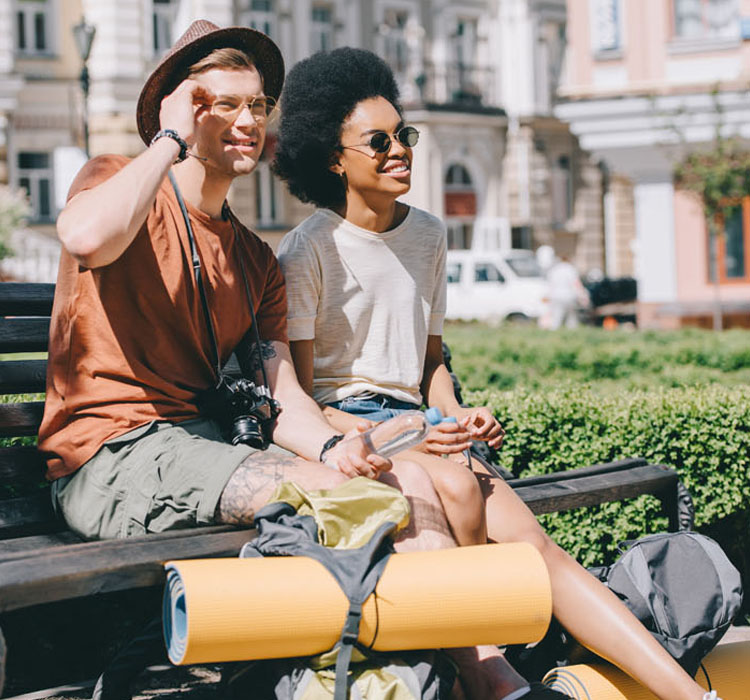 We took chemistry, algebra, and P.E., but there was no class in school on how to be in a successful relationship (off-topic side note: have you used calculus in your life, like, at all? Just saying). There was no “How to Not be a Shitty Partner 101,” or a crash course in finding a relationship that makes you happy. So instead, we got all our relationship advice, expectations, and teen spirit wisdom from every 16-year-old girl’s god: Nicholas Sparks. Or maybe for you it was the “you complete me” magic of Tom Cruise, the will-they-or-wont-they of Ross and Rachel, or the passionate love-hate relationship between Mike Chadway and news producer Abby in The Ugly Truth.

Here’s the real ugly truth: toxic relationship habits are not only normal in our society, but are worshipped. Passionate love stories become blockbuster hits, screaming matches turned steamy make-outs become cinematic gold (à la The Notebook), and the idea of “love” becomes all-consuming, all-or-nothing, and “happily-ever-after.” The things that really make a relationship good, stable, and fulfilling are not very exciting, nor do they sell well or feel dramatic enough for the big screen, which is why we often confuse “love” with toxic behavior, and assume frogs are Prince Charmings. Here are habits that seem normal, but might be damaging your relationship (and what to do instead):

1. Expecting your partner to “fix” any emotional distress

Be honest: how many times have you been in a fight about your partner not being there for you during a tough time or not being sympathetic enough about your bad day? Have you built up resentment because your partner wasn’t as emotionally there for you as you “needed?” While it’s important to seek support and partnership with your significant other, there’s a big difference between being supportive and being emotionally obligated. You should be adding to each other’s lives without feeling like either of you depend on the other.

Yes, in a healthy relationship, you would be able to ask your partner, “This feels hard to do alone. Can you help me to get through this?” But the key word is ask. Vocalize how you’d like your partner to show up for you and how you’re feeling, without expecting or relying on them to “fix” anything. Take responsibility for your own emotions, without expecting them to hold responsibility for your happiness.

Obviously, fairness sounds like an admirable quality. But in relationships, “fairness” can look a lot like keeping score. If you find yourself mentally computing the effort your partner puts in and how it relates to the effort you put in, or if either of you are retaliating hurt feelings by bringing up past arguments, this could be a sign that one or both of you are more focused on keeping score than keeping the relationship healthy. Your relationship should not come with a scorecard that tallies up who has screwed up the most or who owes the other more.

Relationships do not have to be “fair” in order to be good. If you live together, reevaluate your chore chart: it doesn’t have to be “equal” (like “I cooked, so you have to do the dishes,” or “I took the dog for a walk yesterday, so you have to do it today”). Instead, offer to do the chores you know your partner really doesn’t like to do that you don’t mind, and vice versa. Think about what makes sense for both of your lifestyles, not what is equal, and treat every problem or disagreement like it’s brand new, without bringing up past issues.

3. Believing your partner is your “second half”

Back to that “you complete me” load of crap–no one (and I mean no one) can live a fulfilled life with the belief that they need someone else to make them whole. When you don’t feel “whole” without them, of course you won’t want to have your own hobbies, friendships, and alone time (crucial for a truly healthy relationship), or may feel like you literally would not live without them so you feel insecure when they’re out of your site out of fear of losing them. This mentality can lead to toxic dynamics like codependency, insecurity, and controlling behavior.

Look at your partner as someone who enriches and adds to your already complete life. Focus on yourself more often than you focus on the relationship, and seek out what makes you happy. Then get ready to share your joy with your significant other, instead of expecting them to be the sole source of your joy.

Picture this: instead of saying, “What you just said hurt my feelings,” you say, “I could never be with someone who says such awful things!” Instead of “Your reaction to what I said made me feel unheard” you say, “I deserve someone who listens to me and cares about my feelings!” Or maybe you go with the classic, “You never pick up the slack!” or “You always ignore what I’m saying…” Sound familiar? When speaking in absolutes, you’re creating expectations for the relationship based on your own “ideals” that actually have nothing to do with your partner. You may be trying to make a point about the specific instance, but you’re inadvertently telling them they don’t deserve you or that all of the times they do listen to you or show they love you don’t matter. A singular problem that can be communicated and resolved then becomes a greater statement about your overall relationship.

In general, stop relating with your significant other based on what they could be and accept who they are. Focus solely on the problem at hand. Don’t generalize your partner’s actions, and vocalize why they hurt you in that moment, rather than why you don’t accept them as a worthy enough partner. Avoid phrases like “never” or “always,” and instead address every issue as a singular problem instead of throwing out overarching accusations.

We all love the classic rom-dram The Notebook, complete with screaming matches that turn into passionate sex scenes (I know you’ve searched for the Youtube clip of that scene!). But “passion” that results in consistent fights or screaming matches off-screen are always rooted in deeper problems like immaturity, difficulties with communication, or even traits of relationship abuse like narcissism or control (no matter how good the “make up” is). Regardless of what causes consistent fighting, it makes for an unsustainable relationship, resulting in eventual burn-out. The truth is that love should feel gentle. You should be more consistent in your relationship than you are up and down, and you should feel more content than heated or angry.

Rewire the way the two of you deal with problems. Think of the issue as you two against the problem, instead of each of you against each other. Also, focus on your partner’s emotions, rather than their words, which will limit the ability to get caught up when something is said out of anger or frustration. Start expressing gratitude for the traits about your relationship and partner that have nothing to do with “passion” at all: their kindness, how they’re there for you, how you two share the same interests, etc.

So maybe you “accidentally” left up a browser page of a certain pair of earrings you’re dying for when you borrowed your S.O.’s laptop, or maybe you mention how an ex complimented you more as a way to get your current significant other to compliment you more. Perhaps you even drop hints about bigger life changes, whether it’s talking about a couple who moved in together and they seem really happy, or that your mom was asking you when you were getting married. While a gift here and there is harmless, dropping “hints” about other areas of your relationship instead of communicating what you need and want can be toxic and damaging. If you can’t openly communicate your feelings or desires, whether it’s I wish you complimented me more, or I’d like to try something new in bed, your communication needs some work.

Be up front and open about your feelings, desires, and needs. Never lead with false hopes that your partner will be able to assume what you want, and value open communication in your relationship. Make it clear that your partner is not obligated to fulfill your needs. Rather, you’d appreciate their effort or support, and don’t be judgmental, unreceptive, or dismissive with anything they communicate to you.

7. Believing in the idea of “soulmates”

Another Box Office belief that had me believing in Prince Charming since I first watched Cinderella is the magical idea of a “soulmate” or finding The One perfect person out there for you. But the problem with believing in a soulmate is that you could be spending your life measuring your partner in terms of what they aren’t, rather than what they are: any flaw that comes up (and they will, because everyone has flaws) might make you doubt their soulmate status (is someone even more perfect for you out there?). I’m not saying you won’t find someone who checks off every box on your checklist, or who won’t love you bigger and greater and kinder than you ever knew to wait for (in fact, I truly believe love is not worth having unless it’s that). But it’s the way we think about commitment that makes all the difference.

Think of commitment as a choice, rather than “destiny.” To help distinguish the difference between “settling” and being over-critical, ask yourself whether or not you would want your children to be like them or whether or not you’d feel happy with them even during hard or boring times, instead of whether or not they’re “perfect” for you. View your relationship as a choice that both of you decide to be in every day, and don’t look at every flaw as a possibility that there’s someone better for you out there. 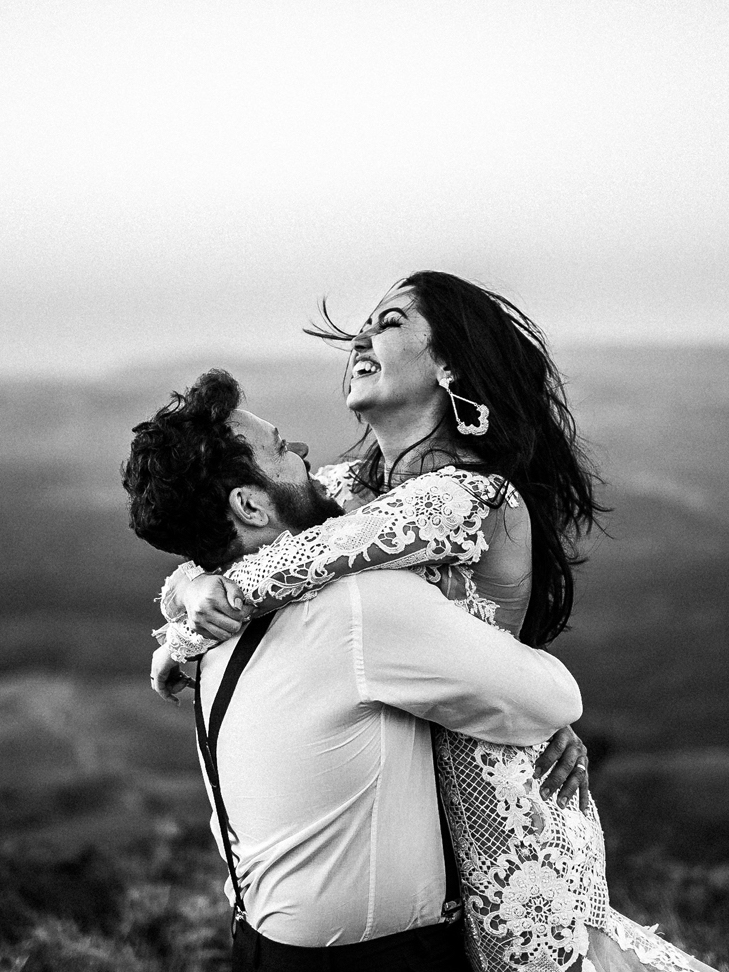