Friendship
written by JULIA DELLITT
May 7, 2022 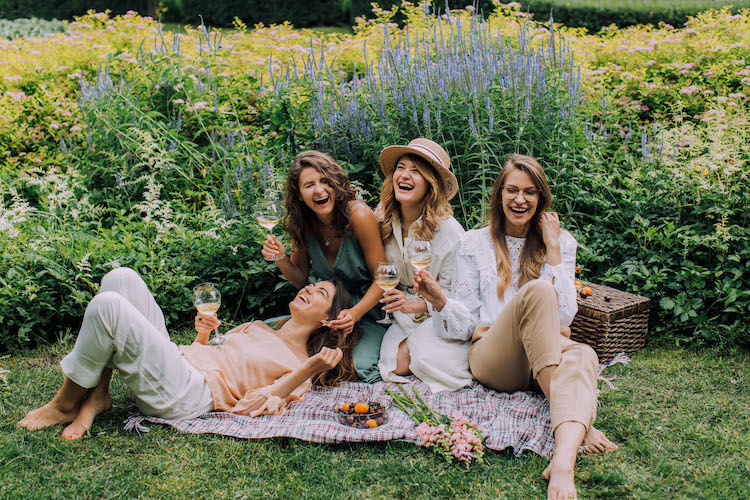 In true social media fashion, I recently found myself scrolling through my Facebook home feed, only to land on a wedding video. I started watching, and my husband peered over my shoulder. “Who’s that?” he asked. “Oh, just this girl I used to be friends with,” I replied. Actually, she had been one of my best friends. So what happened? Well, we grew apart. And while the reasons we grew apart make sense in hindsight, I still feel a little sad thinking of her all these years later. I don’t think I’m alone: We all deal with friendships that take a different turn than expected, and it can be hard to deal with. Losing the thread of connection with a close friend sometimes feels more heartbreaking than the end of any romantic relationship. To help, we’ve compiled signs you’re outgrowing a friend and some suggestions for what to do about it.

You know that friend who never texts back? Or maybe they fail to respond to your emails, don’t return your phone calls, or are always “busy” when you try to make plans? Yeah, same. Considering that one of the most basic tenets of friendships is (duh) talking to each other every so often, having that one friend who you simply can’t reach is problematic at best and annoying AF at worst. But it’s important to know the difference between truly mismatched schedules and a complete lack of interest. In other words, is a disconnect temporary or permanent?

If that person is going through a big change (i.e. new relationship, baby, divorce, new job, or a big move), it could just be that they’re busy. If they’re going through a hard time, they might need some space, or if they’re overstressed at work, they might feel too overwhelmed. If it is based on life circumstance, a friend would typically let you know. They might respond with, “Hey, I’m swamped this week with a project, not ignoring you!” or “I’m not feeling up to chatting lately due to my exhaustion/depression/anxiety, but I’ll be in touch soon.” If you keep reaching out and you’re getting zero ROI, stop investing in someone who doesn’t ever prioritize you.

2. You don’t really care to connect

In contrast, what if you’re the person going MIA on your friends because you just don’t feel like getting together? Be honest with yourself and figure out why you’re backing off in the first place. Do you even like this person? Do you want to drop $50 on drinks over small talk with them? Do you get excited to put plans on your calendar, or do you say no every time you’re asked to hang out? It sounds harsh, but friendships are often a simple matter of “have to” vs. “want to.” If a friendship no longer feels fun or fulfilling to you, don’t pretend like it is.

Now, this is the tricky part: deciding between an awkward conversation, bluntness that could hurt feelings, or ghosting. My advice is to do what feels right in a thoughtful fashion. There’s no reason to burn bridges, and the solution could be as simple as indicating that you don’t have the extra capacity for a friendship right then. Be honest but kind, and then move on so you can dedicate time and energy to people who actually matter to you.

Sometimes, I think of the old Girl Scouts sing-song refrain: “Make new friends, but keep the old. One is silver and the other gold.” Real talk: You need both. However, sometimes the “old” friends are not worth keeping because you’ve simply grown in different directions. The most beautiful thing about outgrowing a friendship is that it opens up room for other, better connections.

Maybe you’re newly single and want more nights on the town or your wifed-up friends don’t understand what you’re going through. Maybe you’re caring for a sick relative and need people who’ve been in your shoes. Maybe you just got fired, and your successful friends can’t quite understand. Whatever it is, honor what you need, and look for friendships that add to your life rather than subtract from it. Tend to those “old” friendships that are worth keeping, regardless of different life circumstances, but if you just have nothing in common anymore? It’s OK to leave those friendships and find better ones.

4. The only thing you have in common is the past

I once knew a group of women who, when together, seemed to only talk about one thing: the past. That’s not necessarily bad, of course (I live for a good reminiscing session), but it becomes stagnant if you don’t have new memories too. For example, I met my best friend in 5th grade. We stayed close all throughout school, visited each other in college, and made a point to stay in touch every week since graduation.

When we get together, we can definitely bring up that time what’s-her-name flirted with my boyfriend after cheerleading practice or indulge in gossip about people we both knew back then. But we’ve also both evolved; we can discuss everything from health care policy to date nights to favorite books. We’ve also supported each other as we’ve grown into the people we are now. Dwelling on the past can be fun, but your friendships should support the present and future you, too. Focus on friendships that can change with you instead of ones that hold you back in a certain place and time.

5. You constantly complain about them

We’re all guilty of judging or criticizing good friends at one point or another. Maybe you vent about a disagreement to your mom or are upfront with them when you think they’re making a mistake. But when a friendship is no longer working, you may notice that you’re complaining about them 24/7. Newsflash: You don’t have to be friends with people you don’t like. Move away from toxic relationships that bring out the worst in you because it doesn’t do them (or you) any favors. When you steadily feel, think, or say a flood of snide remarks, ask yourself why you’re trying to be friends with that person in general. If they make you feel more negative emotions (whether that’s annoyance, frustration, or stress) than positive emotions, you might have outgrown your friendship.

Arguments and disagreements are bound to happen at some point, but what happens when you can’t seem to move past a fight with a friend? Either you find a way to resolve the problem or the relationship ends. Conflict can actually strengthen friendships if both parties are willing to do the work because you’re communicating and working through an issue together. But of course, it depends on the nature of the issue. For instance, it’s easier to fix a miscommunication about dinner plans than bridge the divide between opposing political viewpoints. If you want to work it out, try, but if you don’t feel inclined (or can’t), move on.

Good friends are there for you throughout the ups and downs of life. Sure, it’s fun to celebrate each other’s wins, but it’s critical to be there for the hard parts as well. Even worse is when you make an effort to support friends who flat out don’t return the favor (raise your hand if you’ve gone to a million wedding showers and then can’t get all those married friends to show up to brunch). Friends support one another, and they communicate about what they need to feel supported. That last part is vital; what’s sufficient to one person may not be enough for another. But the bottom line is that it should feel like a two-way street, where both of you make an effort to care in a way that resonates. If it’s not, you know what to do: Move on.

8. You’ve run out of things to talk about

Some friendships begin to dissipate very slowly, and the first marker is when you legitimately run out of things to talk about (awkward!). When small talk functions as the buoy saving your life over a dinner table, you need to decide if this is a person you want to keep around. The good news is that it may not be personal. I’ve hung out with people who I thought I’d click with, only to learn that we had zilch in common—not in a negative way but more of an “oh OK, so there’s no conversational chemistry here” way. If you can’t talk to each other, then you most likely won’t enjoy spending time together, and without those two things, you can’t really call it a friendship. Move on and call it good. 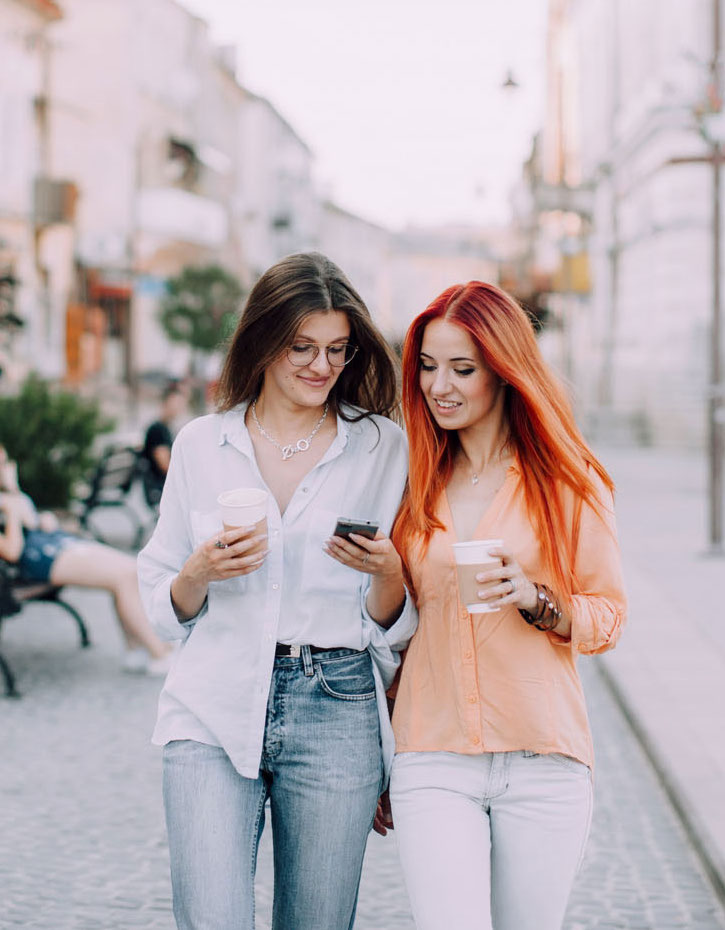