Unless you’ve been living under a … coconut, then you know about coconut oil. According to enthusiasts, if you have it — dry skin, damaged hair, a lacking diet — this oil can help or fix it. So it’s only inevitable that coconut oil would eventually make its way into the dental sphere.

First, a primer: Coconut oil is a natural anti-inflammatory ingredient that may help to soothe gums and reduce plaque buildup on teeth. It’s also high in lauric acid— a fatty acid believed to have antimicrobial and antiseptic properties. These benefits make it ideal for the mouth, which is full of bacteria that can cause irritation and decay.

It’s important to note that the American Dental Association does not endorse coconut oil, nor does it recommend using coconut oil as a substitute for conventional oral care products. So, stick to your dentist’s suggested dental hygiene routine, then enhance (don’t replace), it with the products below. 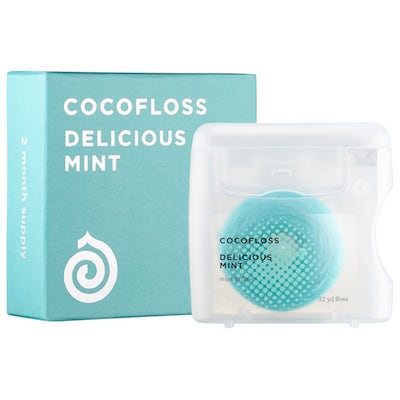 Cocofloss came about as a solution to a very real problem: flossing dread. “My sister, a dentist, couldn’t find a floss that she was excited about recommending. Traditional flosses don’t have much personality. They’re bland and medicinal,” says the brand’s co-founder and CEO, Catherine Cu. “They’re also not very good at their job—they don’t clean!” She and Dr. Chrystle Cu joined forces to create a better product that would not only make people love the act of flossing, but also give them better results.

This floss is soft, durable and stockpile-worthy, a rare feat in the category. The brand dubs Cocofloss “a loofah for your smile,” which is quite appealing when you think about what that means—over 500 tiny fibers woven together to scrub away plaque between your teeth instead of just slip-sliding around arbitrarily. The star ingredient also helps the floss to glide smoothly. 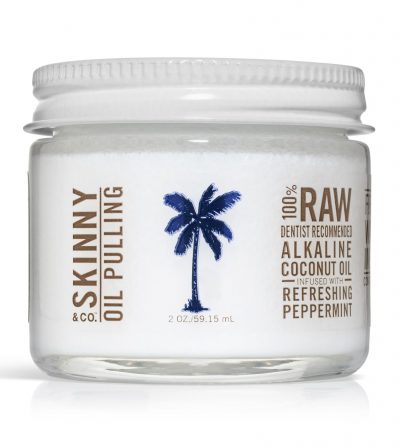 You’re probably familiar with oil pulling, an Ayurvedic practice that has experienced somewhat of a resurgence in recent years. Here’s the idea behind it: Traditional Ayurveda says that the tongue is connected to organs in the body, such as the stomach, lungs and kidneys. It is believed that when oil is swished around (pulled) and then—this part is crucial—spit out, toxins or heavy metals that may affect these organs go with it. Regular oil pulling is also said to freshen breath, whiten teeth and support healthy gums.

Oil pulling can be, well, tiring: The practice calls for swishing the oil in your mouth for up to 20 minutes. (Try this, and you’ll see what I mean.) While you could use regular coconut oil, Skinny & Co. makes the process more enjoyable and energizing, adding peppermint to raw coconut oil in a no-brainer option. 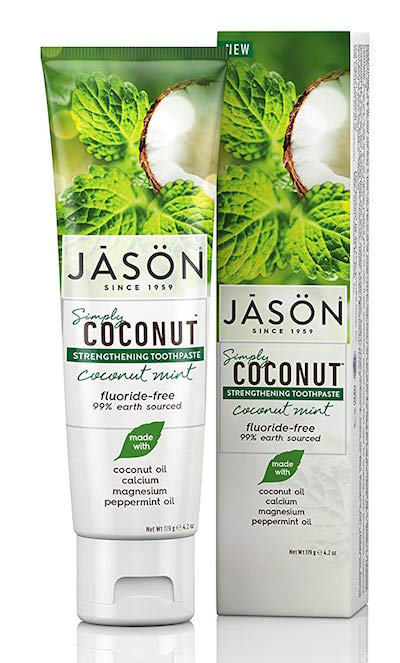 If you aren’t into the idea of oil pulling, what about a toothpaste of the coconut variety? Jason’s multi-mint formula (which also comes in coconut cream, chamomile and eucalyptus flavors, if that’s more your thing) contains minerals you want in your toothpaste, like calcium to help strengthen teeth. What it doesn’t have: sulfates, parabens and animal by-products. (Glycerin, a common ingredient in toothpaste, is often derived from animal fat). 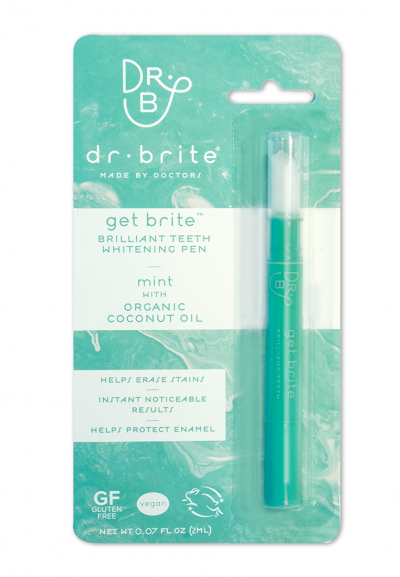 While traditional whitening products like strips or trays can cause sensitivity, coconut oil may be a natural—and less irritating—option to brighten teeth. Dr. Brite’s formula puts the goodness of organic coconut oil in a non-messy pen to help lessen the look of stains in as little as two days, according to the company. Here, coconut oil works to whiten naturally by removing plaque-causing bacteria. The formula also contains hydrogen peroxide, spearmint oil and vitamin C for an antioxidant boost.

Are you on the coconut oil train yet? What are your fave products?