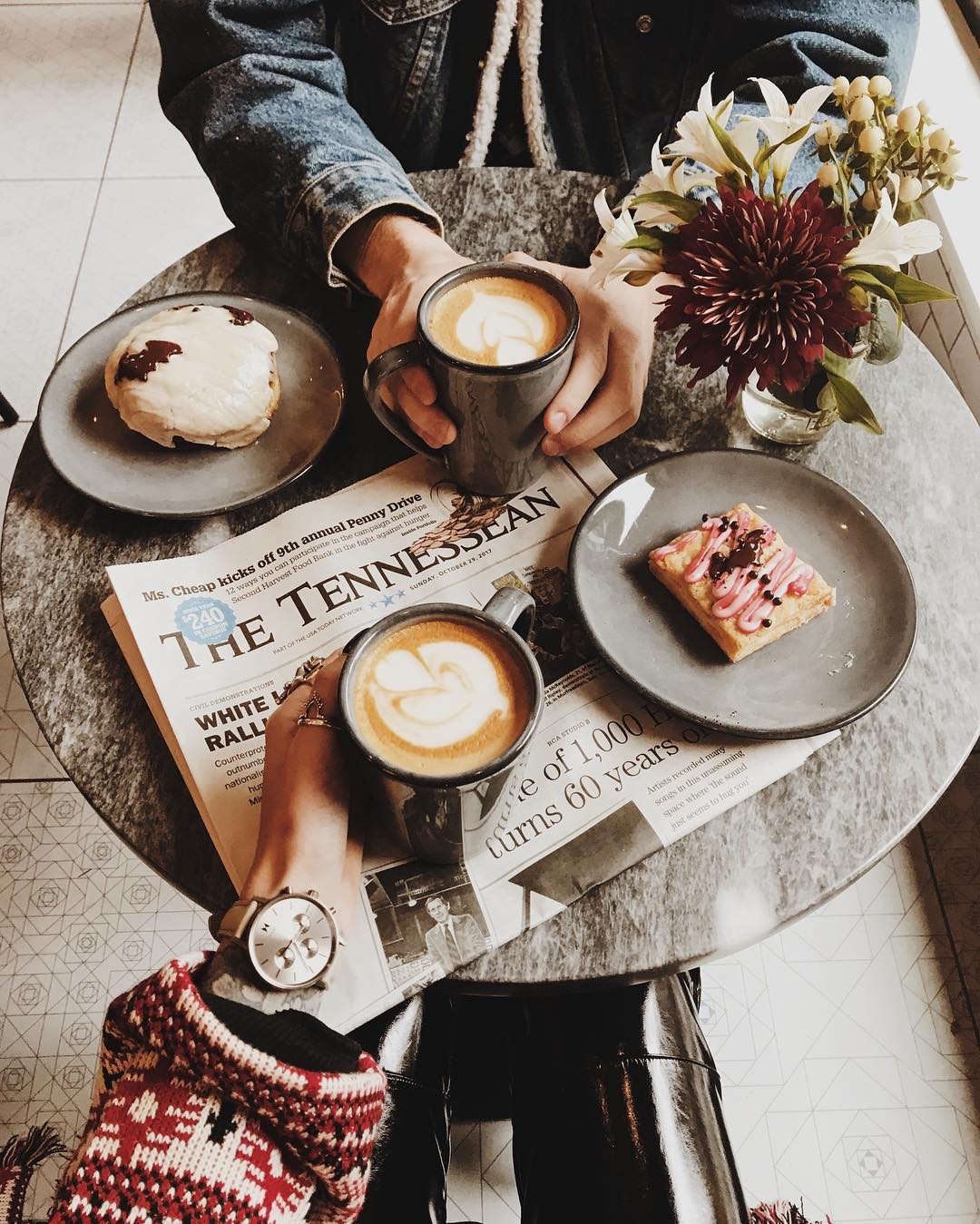 There are 40 million registered Bumble users. On one hand, that makes your chances of finding your soul mate (or just a new friend) pretty high. However, it also means that there’s some major competition.

After years of swiping, I’m starting to realize how much dating apps are starting to look like applying for a job. You’re trying to be yourself while also selling yourself. You don’t want to lie or be something you’re not, but you also need to stand ahead of hundreds of other “applicants.” It’s exhausting!

So, how exactly do you do this? Well, after years of using my favorite dating apps, I’ve discovered I haven’t always been so great at it. After making these mistakes over and over again, I’m sharing everything I’m changing and what I’ve learned from it.

1. Using too many group photos

While it’s important to show you have other people in your life and don’t exclusively take selfies in that one amazing spot right in front of your window, having too many group photos can make someone wonder who is who. If someone has to do extra work looking at your profile, it’s likely they’ll swipe left.

Make sure your first picture is a solo shot always, and then sprinkle a few group photos here and there for good measure. I like to mix up the people in the photos, too! Be careful putting too many photos with people of the sex you’re attracting. Also, no pictures with your ex — that’s weird.

2. Not specifying what I want

I spent a lot of time the last few years on dating apps wondering why every guy I met wasn’t interested in the same thing as me. Whether I wanted a relationship or just something casual, it seemed like I could never find someone who was looking for what I also wanted. Was it some kind of voodoo stopping me from finding happiness?! (“Dramatic” is most certainly in my bio.)

Once Bumble (Bumble is my app of choice, but I have also extensively used Hinge and Tinder, and I’ve dabbled with OkCupid a few times!) unveiled its option to state whether you are looking for a relationship, casual hookup, or marriage, I began to notice I was talking to more people who understood what I wanted. This also helped me stand my ground. If I met someone and he said he didn’t want a relationship, I knew we wouldn’t work out instead of convincing myself he’d “maybe change his mind.”

3. Focusing so much on appearance

Obviously, it’s difficult to not pay attention to looks on a dating app. It’s important to be attracted to someone! However, when you set specific standards (I’m looking at you, “no one under 6’0” people!), you set yourself up to only pay attention to a small pool of people. There are so many great potential matches out there who might not fit those specific requirements for appearance, and by only swiping right on people who do, you discard all those potential dates.

4. Not reading his or her bio first

Sometimes when I’m on a dating app, I just get in the zone. I could swipe away for like an hour, just looking at a few pics, checking where he went to college, seeing his answer to one of the questions. So, when we match, I know nothing about him aside from maybe one or two details. We start talking, and there isn’t a connection. I look back to realize if I had the bio, I would have never swiped right. From offensive jokes to weird one-liners to questionable motives, there are some seriously uncomfortable bios out there!

Now, I completely avoid those awkward conversations that almost immediately lead to an unmatch just by reading through an entire profile before deciding to swipe right on looks alone. Not only does this save so much time, but it actually makes dating apps more fun!

5. Not having good conversation starters

I am ashamed to admit that I did this for just about the first three years I was on dating apps. I’d match with someone and just immediately say “hi!” or “hey!” Occasionally, I’d add an emoji here and there for good measure, but I never went much farther than, “Hi! How are you?!” or “Hi, how was your day?”

I never thought there was anything wrong with it. I figured I was being nice and sweet, and that asking how someone was meant I cared about them. Well, let’s just say that not many people messaged me back. So, I went on the hunt to figure out why and realized how boring and unremarkable my conversations were.

There are so many fun ways to start a conversation that isn’t awkward or weird. Our Assistant Editor Abigail gave me the idea to ask what the best part of their day was, which usually looks like: “What was the best part of your day/weekend/week? Except me, obviously. ☺” You could also ask if they have any Netflix/Hulu/Spotify recommendations, their go-to coffee order (I like to ask their Taco Bell order because that’s important to me in a relationship), or how they spend their perfect Saturday.

Imagine if Jordan from The Bachelorette (he has over 4,000 matches!) matched with you. You’d have to say more than “hey!” to get his attention. Apply this philosophy to all the people you match with, and you’ll be swimming in “want to get a drink this weekend?” messages.

6. Asking someone to meet up too soon (or agreeing to it)

I couldn’t tell you how many times I talk to a guy for maybe 15 minutes (which equates to approximately four or five messages) and he immediately asks me if I want to come over for Netflix or go out for a drink. I also don’t want to admit how many times I’ve said yes.

When we go out with someone immediately, without getting to know them at all or even allowing a connection to happen, we set ourselves up for failure. First of all, it says this person only cares about you based on how you look. They didn’t take the time to get to know you virtually, so why do they think they should in public? It’s also dangerous, awkward (you know nothing about each other yet!), and can feel like this person only cares about getting to know you physically (if you know what I’m saying).

Waiting a few days to a week after meeting someone to set up a time to hang out gives you some time to feel the person out. You might find that you aren’t actually all that interested in each other or that you would love to go to a concert or go to a specific restaurant both of you have never tried! It makes for a much more fun date when you actually have a handle on each other’s personalities, likes and dislikes, and what you want out of the relationship.

7. Not meeting in a public place first

No one ever talks about safety on dating apps, so for a while, my naivety got the best of me, and I went on countless “Netflix and chill” first dates with guys I barely knew.

You don’t have to be addicted to true crime podcasts to know meeting up with someone you met online for the first time is scary. The running joke that men have to worry about a woman looking different from her pictures, while we have to question our safety and security is frustratingly accurate. Dating apps are doing a decent job of verifying accounts to help make their apps safer, but we still have to watch out for ourselves as much as possible.

Aside from the safety issues, meeting in a public place can make you feel like this person actually wants to be on a date rather than just sit at home in sweatpants and “watch a movie.” I’m all for Netflix dates, don’t get me wrong, but I also don’t think it should be a big deal to want to go somewhere nice (or fun!) for a first date. Telling someone you refuse to meet in a private place is a way to stand your ground and own up to what you want out of a relationship.

8. Giving up after one try

I do this A LOT. I meet someone, I like him a lot, he ghosts, and I decide to give up dating and be alone forever. A couple of days pass, and the cycle restarts. On the flip side, I also have a tendency to meet someone, start talking, and then stop swiping altogether because I assume “this is it, he’s the one.” This is a problem I’ve encountered many times, and it wasn’t until recently that I began noticing the pattern and how detrimental it is to both my psyche and my dating.

It’s OK to be talking to more than one person at a time. I know, I know, it sounds crazy, but hear me out. While it would definitely be frowned upon to date multiple people at a time, it’s not the craziest idea to be talking to a few people on dating apps at a time. This opens up your possibilities and allows you to meet more people, and it gives you the chance to identify who you want to be with, rather than putting all your eggs in one basket.

After meeting someone and going head (and heart) first into a relationship right away so many times, I’m giving myself time to focus on what it is I want in a person and feel out various opportunities. I’m basically pretending I’m the Bachelorette. Who will get the final rose? Tune in next week to find out!

What are your dating app success secrets!? We’d love to know — tell us in the comments!