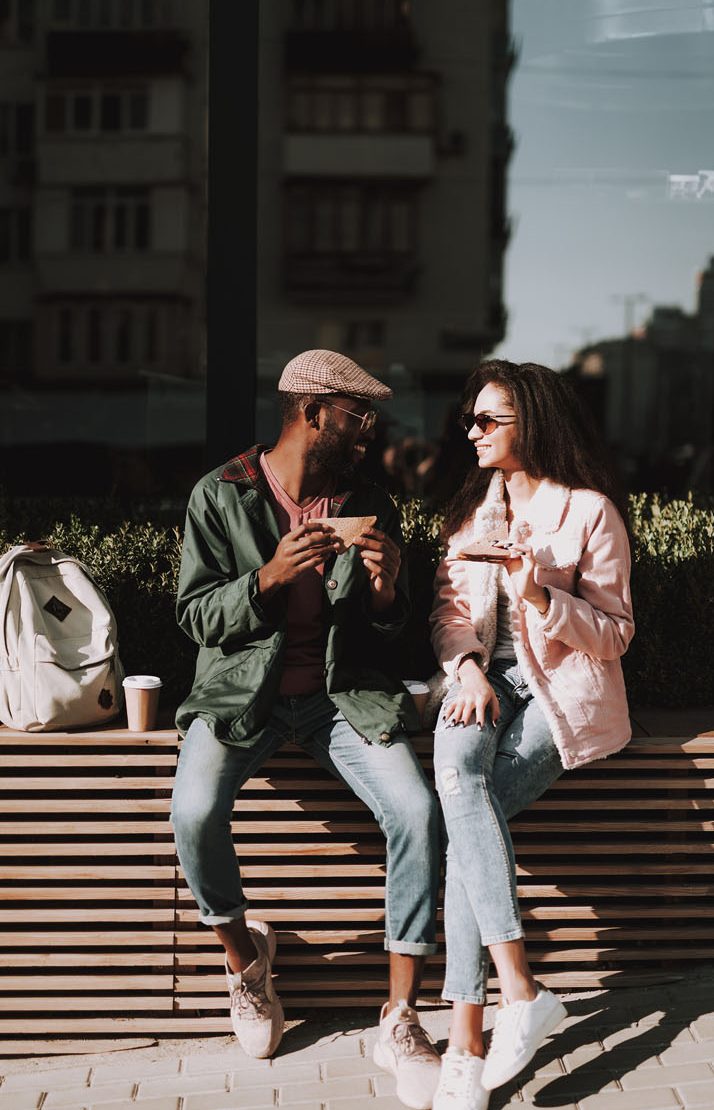 When you’re in the throes of online dating (or any kind of dating!), it’s easy to want to make something work. You get excited at the slightest hint of someone normal, someone who can hold a conversation, someone — dare I say — cute?! So, you put on those rose-colored glasses and rationalize behavior that should be hinting at flags ahead.

But, we need to take the messages our dates are sending at face value, because what they’re telling you through their words and actions is exactly what you should believe. You want to date someone who already is who you want to date – not someone you’re hoping could become the person you want to date. And, that means paying attention to both the positive and negative signs they’re sending that could reveal their true colors.

From the flaky second date that’s just so busy they can’t quite commit to an exact time and place to the literal saint that’s eager to pick you up from the airport, here are the scenarios we’ve seen play out again and again – and why we wished we’d listened to what they had to say about our date’s true colors.

1. They cancel… with no plans to reschedule.

We get it, things come up. You have to stay at work late, you come down with a bug, a friend has a crisis that needs your attention right this minute – and sometimes dates have to be canceled. But, if your date cancels without the suggestion of a rescheduled time and place, don’t send that follow up text next week. As Brooke Sprowl, LCSW, of My LA Therapy, pointed out, “When there is a continued pattern of breaking dates or being too occupied to make plans, that’s usually a sign of disinterest.” By canceling without suggesting a back-up plan, they’re sending a clear message that this isn’t a priority.

I’m busy, you’re busy, we’re all busy! Friends, workout classes, meetings – these keep our millennial calendars jam-packed. However, if a date is always just so busy that they can’t commit to a firm time and place, they’re basically saying, “Well…maybe I can see you if I have nothing better going on the Wednesday after next at approximately 6-7pm.” And, guess what? YOU are too busy for that. You deserve someone who puts plans with you ahead of their tentative coworker happy hour. Sprowl added, “Even the busiest people make time when they really like someone.”

3. They aggressively criticize someone… particularly an ex.

I’ll never forget a first date that I had several years ago. He was handsome, super-smart, we had great chemistry – then, a couple of hours in, he mentioned that he had recently broken off an engagement. That would have been totally fine, had he not proceeded to trash his “crazy ex” for the next 10 minutes. If someone feels comfortable criticizing others so aggressively, just remember, someday those tables may get turned on you. Matchmaker Rori Sassoon added, “Remember that it takes two to make it and two to break it, action brings reaction so there has to be some accountability on both ends. Your date may have been acting in a certain way during the relationship to bring about their ex’s ‘crazy’ behavior. You may be the next ‘crazy’ ex.”

4. They lay on the compliments and the romance too quick.

“When a new love interest is in a big hurry to move the relationship from first date to soulmate, beware,” Relationship Coach Toni Coleman said. You’re the one they’ve been waiting for. You’re the most stunning human being they’ve ever seen. They take you to the most romantic restaurant in the city on your first Bumble date. If they’re laying it on thick with over-the-top compliments and romance, stop to think for a second – do they even know you yet? (Hint: the answer is no and you’re probably not the first woman this week to experience their act.) This can be a sign of neediness, but it could also be an early sign of controlling behavior, Coleman added.

5. They say things that don’t quite add up.

If your spidey senses are tingling that something about their story doesn’t add up – believe yourself.  According to Coleman, you should “…listen to that internal voice that tells you something just doesn’t feel right. Listening to your gut will help you to avoid dating mistakes and the potential heartache that can result from falling for someone who isn’t who they say they are.” You don’t need to do the research, you don’t need to stick around to learn more, just trust your instincts that you’re sensing something isn’t quite right. If they’re lying about little things, what else will they lie about?

6. Lastly, a bonus: they’re rude to the waiter, a bartender, or anyone in a service position.

Come on, at this point, we all realize that if they’re rude to one person, it’s likely they’ll someday turn that behavior on you — right?!

It’s easy to focus on tiny details with a first date that truly don’t matter. Here are a few positive attributes that weigh more in the long run than if you hated their social media or they wore sunglasses inside.

On the flip side of the canceler and the busy bee, there’s the date that’s reliable and consistent. They set a time and a place and they keep it. They say they’ll call you and they do. Whenever I poll my friends who’ve been through the online dating gauntlet and come out with a long-term relationship, they’ll always point to their significant other’s consistency as the turning point when they knew something was different – in a good way.

Listening is underrated. If you’re out on a date and the person’s attention is focused solely on you, with thoughtful two-way conversation, insightful questions, and no one-upping, you’ve found someone worth getting to know a bit further. And, according to Heidi McBain, a female-focused marriage and family counselor in Houston, Texas, the best way to know if your date is someone ready to offer you their undivided attention: they’ve put their phone away or, better yet, shut it off completely.

3. They offer to pick you up at the airport.

No one loves sitting in the arrivals line at the airport. So, if someone you’ve been dating offers to grab you from the airport after a weekend away, they’re someone who values acts of service as a way to show their affection. This applies to any less than desirable act of service only a friend would pull through on. Think helping you put together IKEA furniture or providing a helping hand when hanging curtain rods.

Speaking from experience, a partner who focuses on acts of service is someone you’ll want in your life for the long haul.