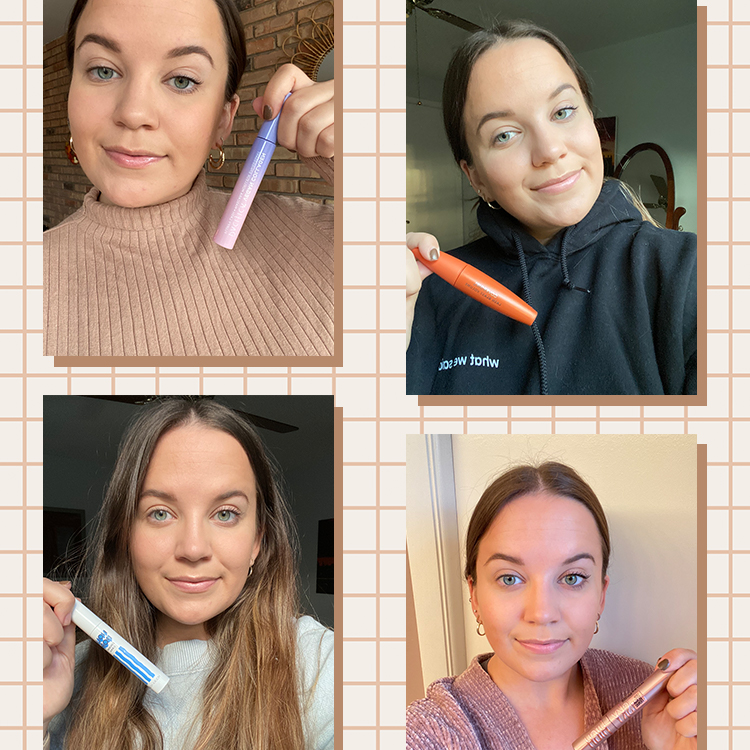 I’ll be honest: I have kind of a love/hate relationship with makeup. When I’m in the mood to sit down and spend time on my makeup, I really enjoy trying out new things and experimenting with different products. However, a lot of the time, I am simply not in the mood to take on the task of putting on a full face of makeup, and I am definitely not someone who puts on makeup when I have nowhere to be. All that being said, I’ve found that one of the easiest ways to make myself look put together without trying too hard is simple: a few swipes of mascara. And since I live for a great deal, we’re talking drugstore mascaras.

There are few things I get more joy out of than strolling the aisles of Ulta or the makeup section of Target (and now that they’ve merged, I can do both at the same time). Almost all of my beauty collection is drugstore products, and I will die on the hill that mascara is one of the things you never need to splurge on because there are so many amazing affordable options.

When it comes to my lashes, they are all-around average: They’re not super long but not super short either, and I’m a brunette, so they are fairly dark. I can usually get away with just wearing mascara when my makeup is fully done rather than wearing false lashes. My #1 problem when it comes to wearing mascara is that I get residue under my eyes fairly easily, so I really need one that lasts all day and has some staying power.

Our Beauty Content Manager, Beth, and I got together to put together this list of some of the most popular drugstore mascaras—all with different types of formulas, ingredients, wands, and alleged benefits—and put them to the test. So behold, The Everygirl’s Official Drugstore Mascara Showdown: 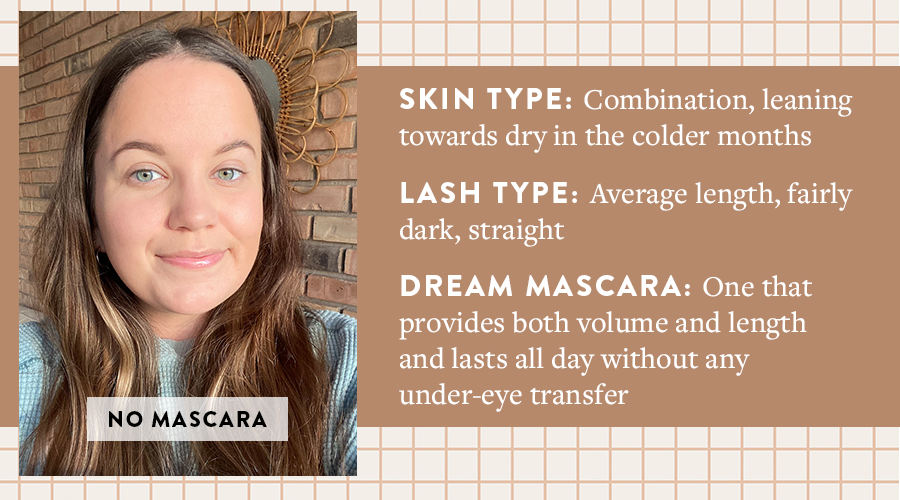 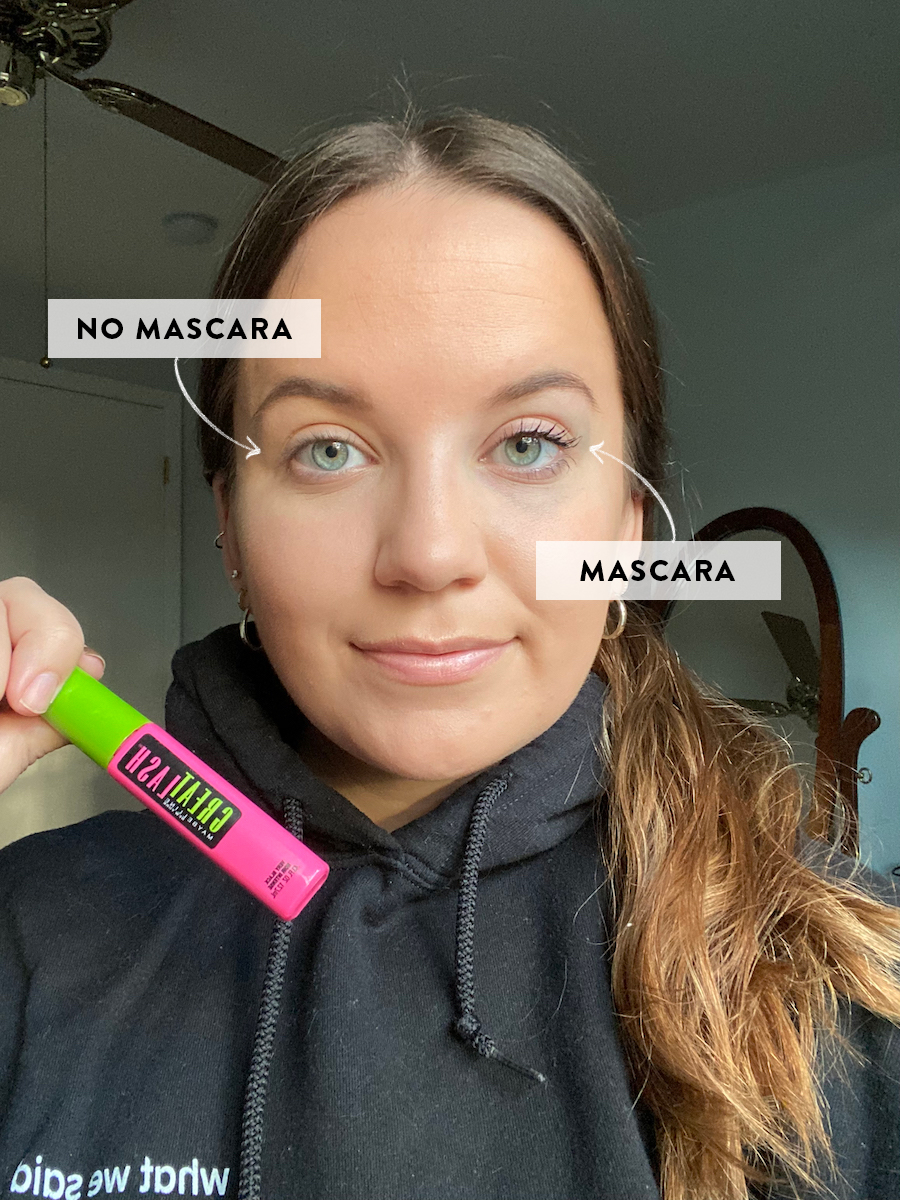 As I’m sure it was for a large majority of the makeup-wearing people reading this, Maybelline Great Lash was my first ever mascara. It still has a bit of a cult following, so we figured that I could give it a go and see how it stands up against the test of time. Well, I hate to be the bearer of bad news, but it did not hold up. The wand feels minuscule compared to what’s out today, which makes it a little awkward to apply and makes for slightly clumpy lashes. It was also the messiest and wettest formula that I tried (I put this hoodie on about 10 minutes after I applied the mascara and it smeared all over my face. Awesome) and was just as messy when I was taking it off. I’m sorry Great Lash—you get points for nostalgia and iconic packaging, but that’s about it in 2021. 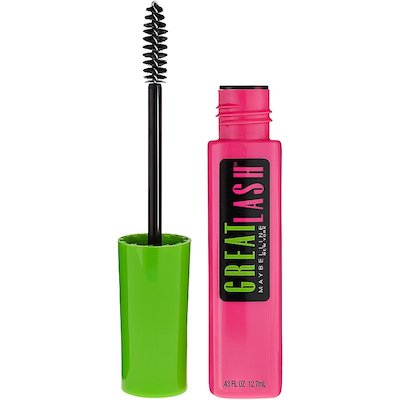 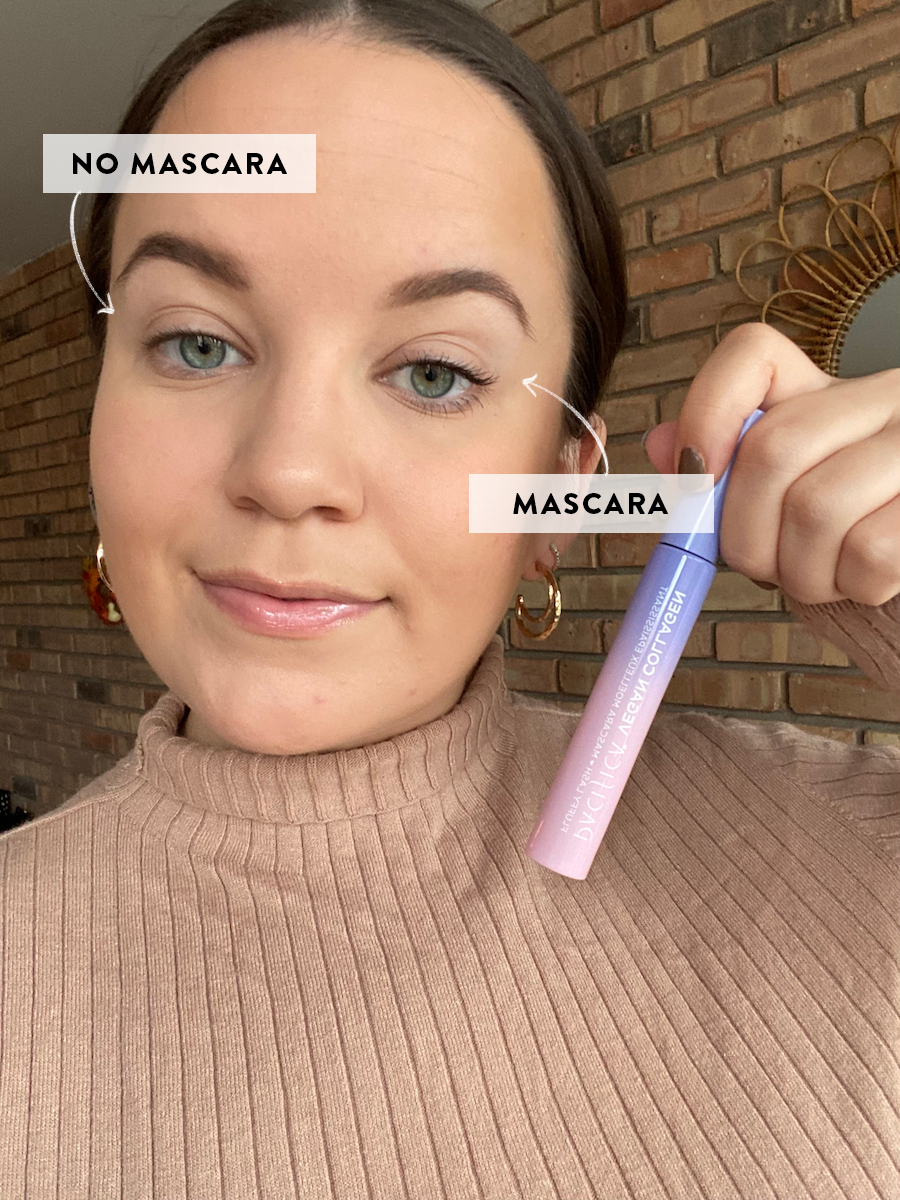 Score: 5/10
Best for: A natural look with a clean, vegan formula; sensitive eyes

I want to start by saying that although this one is ranking pretty low, I didn’t hate it. I definitely think there is a group of people out there that this mascara is great for, but it just wasn’t for me. It has an odd-shaped wand and a pretty wet formula that took a lot of coats to get results, so I had to do a fair amount of clean-up with a Q-tip. And then I felt that after all that work, it really didn’t do much for me. However, if you’re looking for a clean and 100-percent vegan formula or one that is ophthalmologist-approved for sensitive eyes, this would be perfect for you. I also feel the need to note that this tube is made of glass and is heavy—so just know that although that makes it feel luxurious and is more environmentally friendly, it’s probably not the one you want to throw in your purse for a day out. 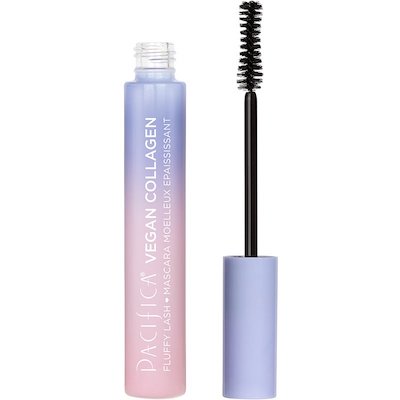 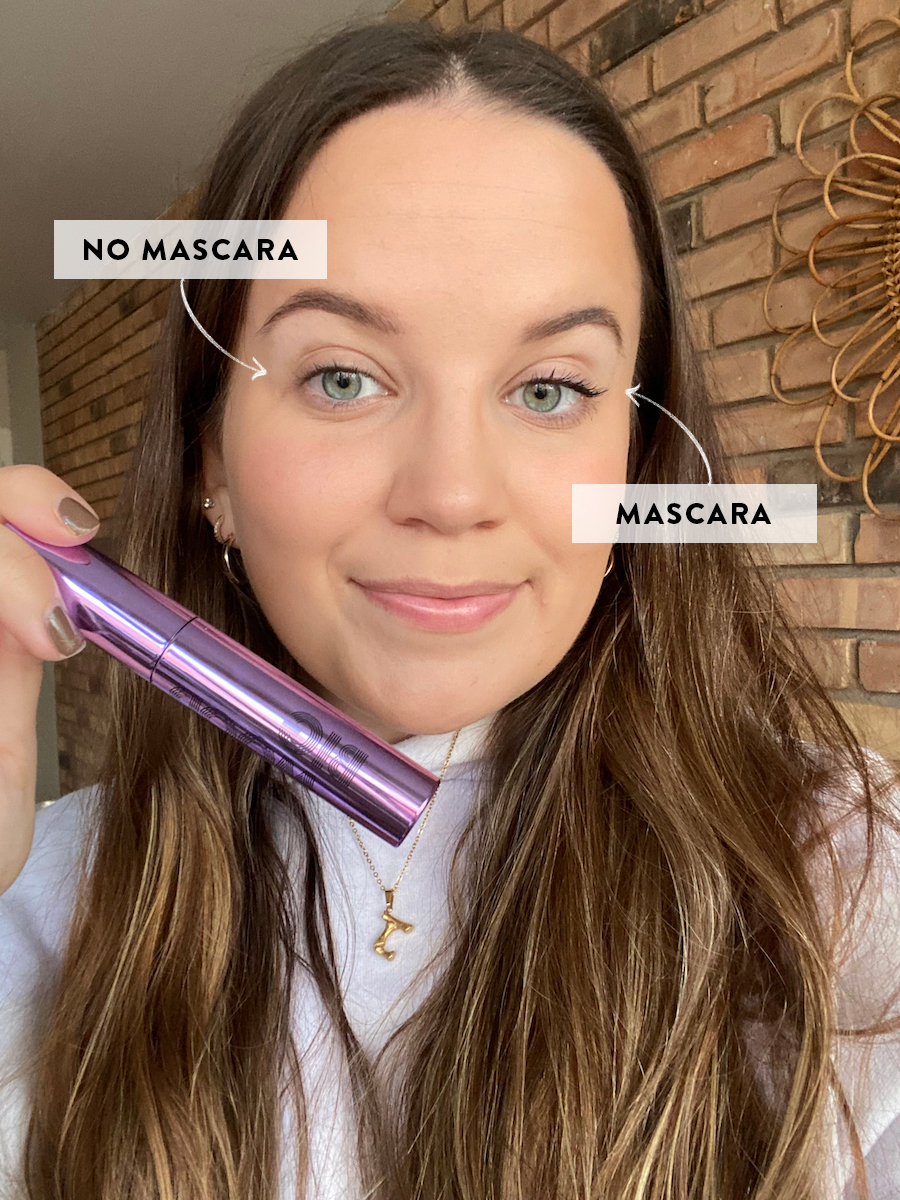 Score: 5/10
Best for: Thickening and volumizing

I am a huge fan of e.l.f. but had never previously tried their mascaras, so I really wanted to like this one, but I found it kind of meh overall. It has a very thick wand that was a little difficult for me to maneuver, and I noticed that it provided thickness and volume but not much length, so I think someone with naturally long lashes could really like this one. I appreciated that the formula was not too wet or messy. However, it didn’t wear very well throughout the day, and I found myself with some flakiness and under-eye residue after only a few hours. 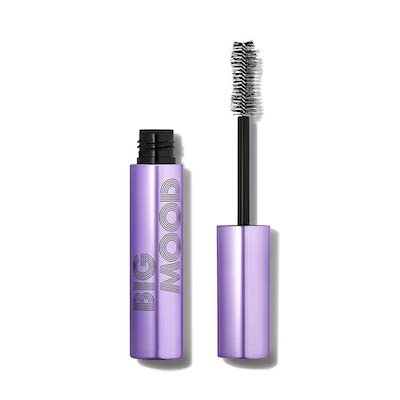 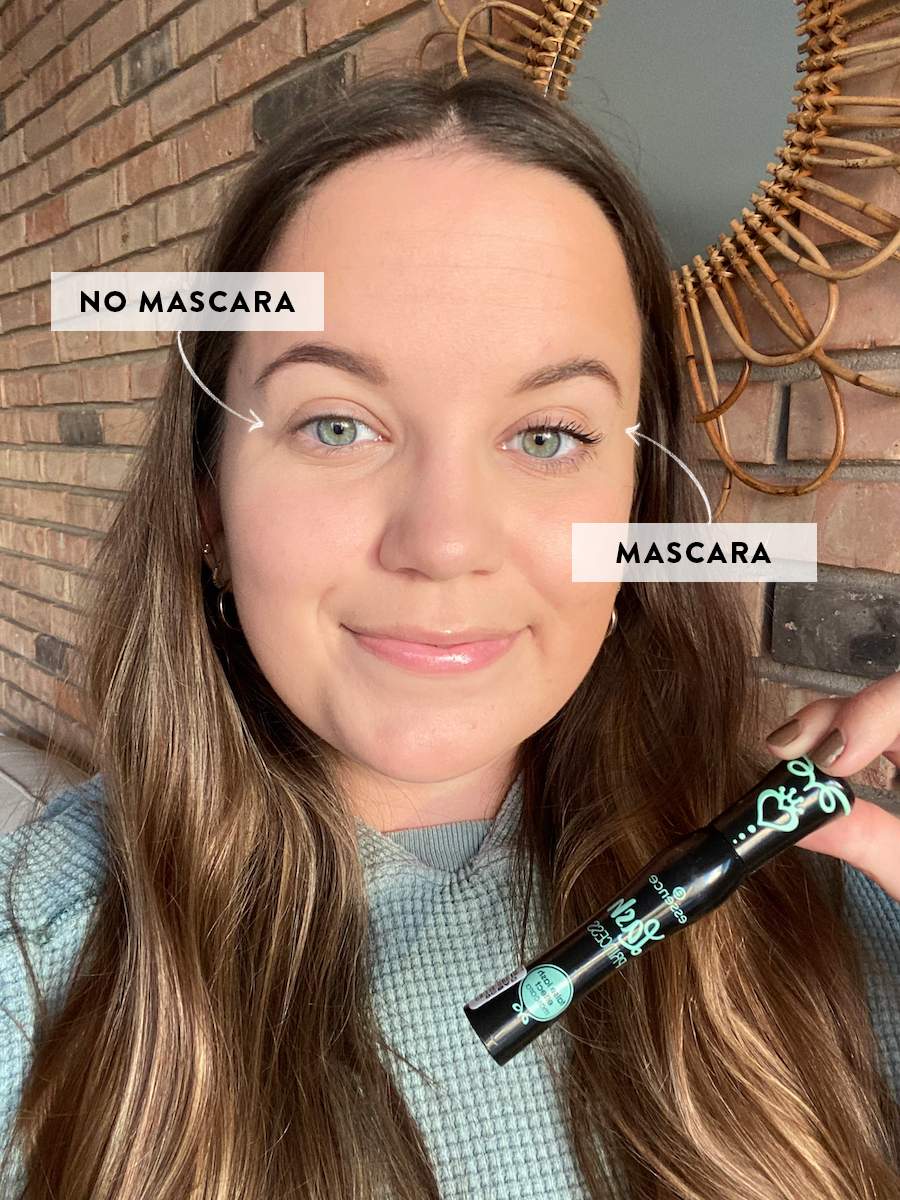 There are lots of people in my life who are huge fans of Essence mascaras, so I had high hopes before trying this one out. Overall, I liked how it made my lashes look and was easy to apply, not having too wet of a formula. However, in contrast to e.l.f. Big Mood that only provided volume and no length, this one provided length but not a lot of volume, and I need a mascara that is going to do both. It also did not hold up very well, and I had quite a bit of residue under my eyes pretty quickly. 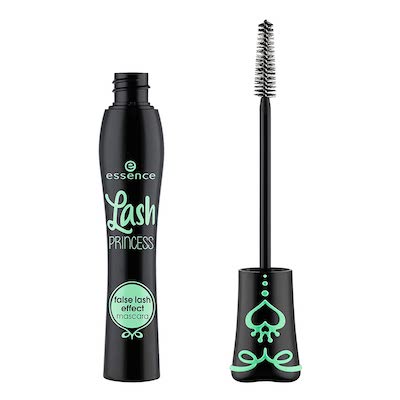 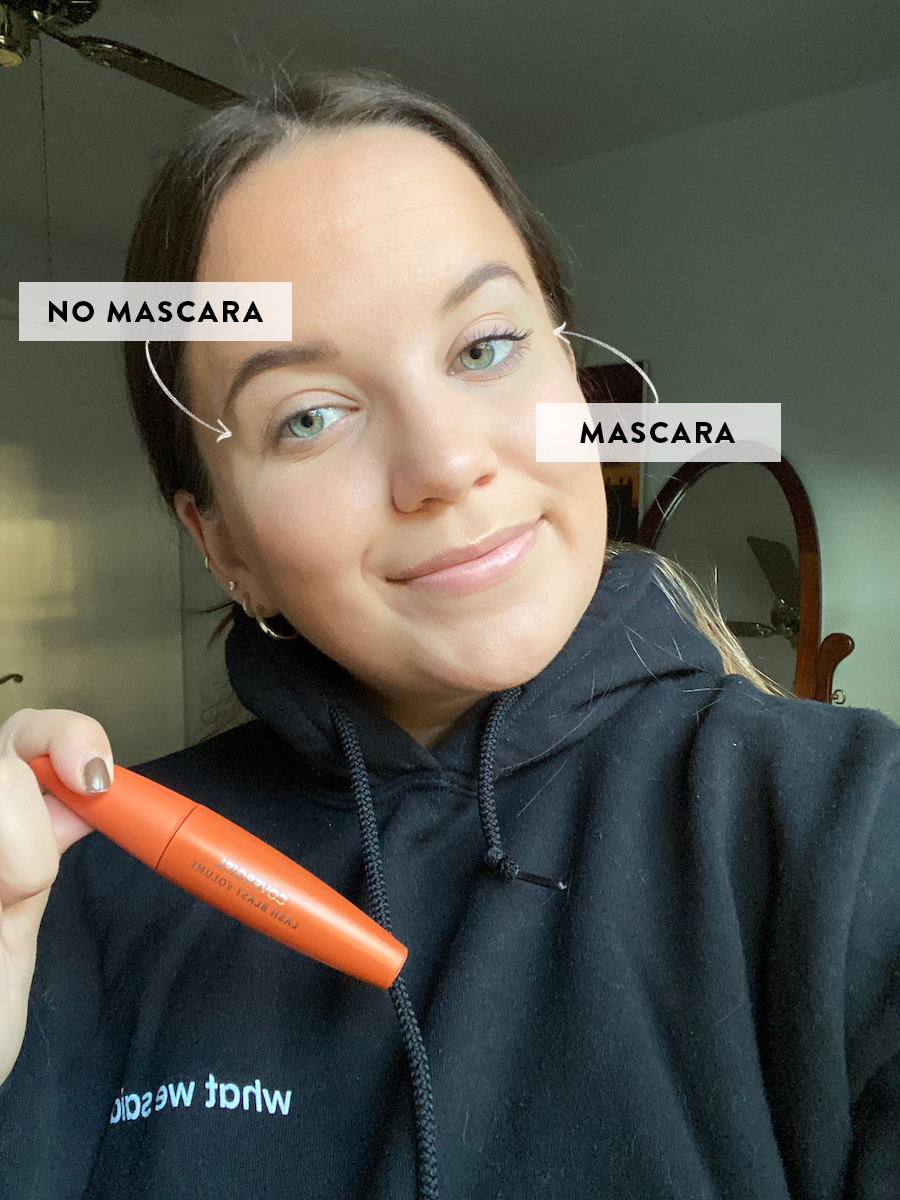 I’ll always have a soft spot for this mascara because I’ve been using it on and off since I started wearing makeup. Unlike Great Lash, however, this one does stand the test of time. I think that it’s one of the most comfortable mascaras out there—my eyes never get irritated, and I love how lightweight it feels. I also really like the wand because it has lots of short bristles that help separate your lashes to achieve that perfect natural look. If I was going to swipe on some mascara for a Zoom meeting or to run some errands, this is the one I would choose. Also, the formula itself has a good consistency that isn’t messy. LashBlast only gets points deducted because I think it’s a little too subtle for a full glam look. 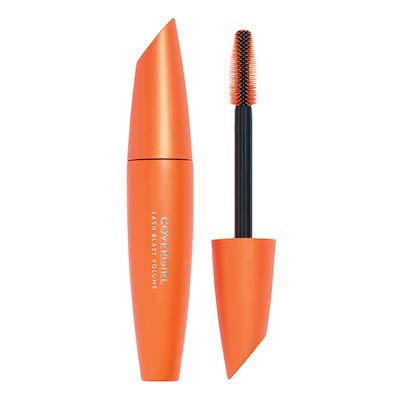 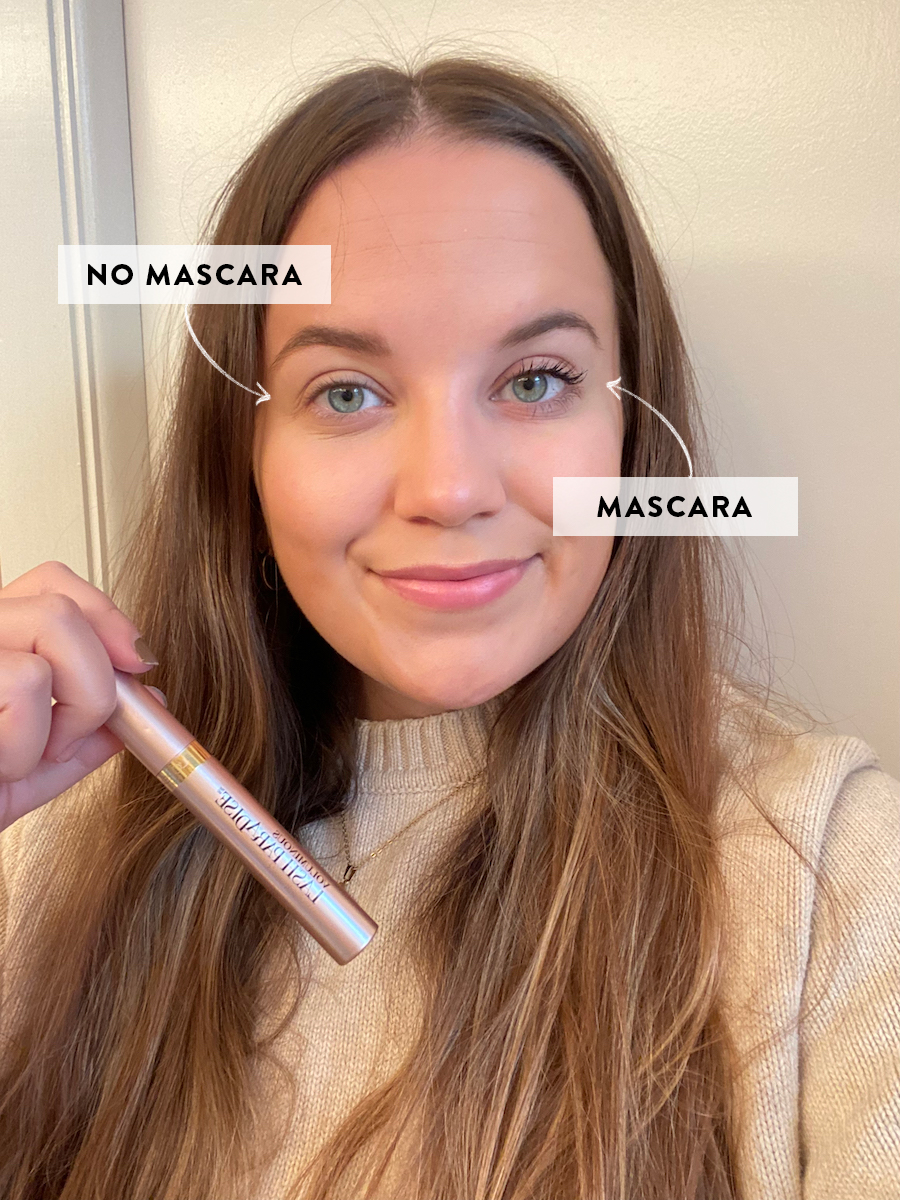 Score: 7/10
Best for: Instant glam and volume that lasts all day

I’ve been a fan and user of this mascara for a while, and I really do like it. The major reason that it’s ranking this low is purely because it’s messy. It’s a pretty wet formula that requires a bit of clean-up, which is fine, but the tube also gets messy (which in turn gets mascara everywhere) and seems to dry out a little quicker than other options. And without careful application, it can also get slightly clumpy. However, it gets major points for how thick and voluminous it makes my lashes and for how long it lasts without flaking or leaving under-eye residue. I’m not gonna lie, I fell asleep on my couch watching Gilmore Girls while wearing this mascara, and when I woke up in a confused haze at 2 a.m., it was still perfectly intact. 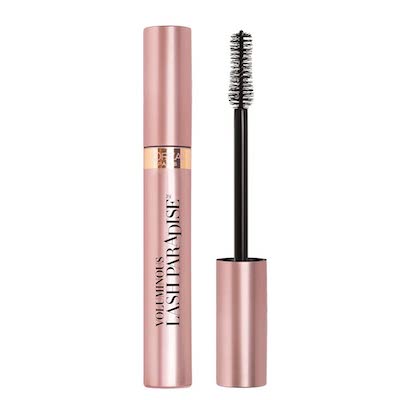 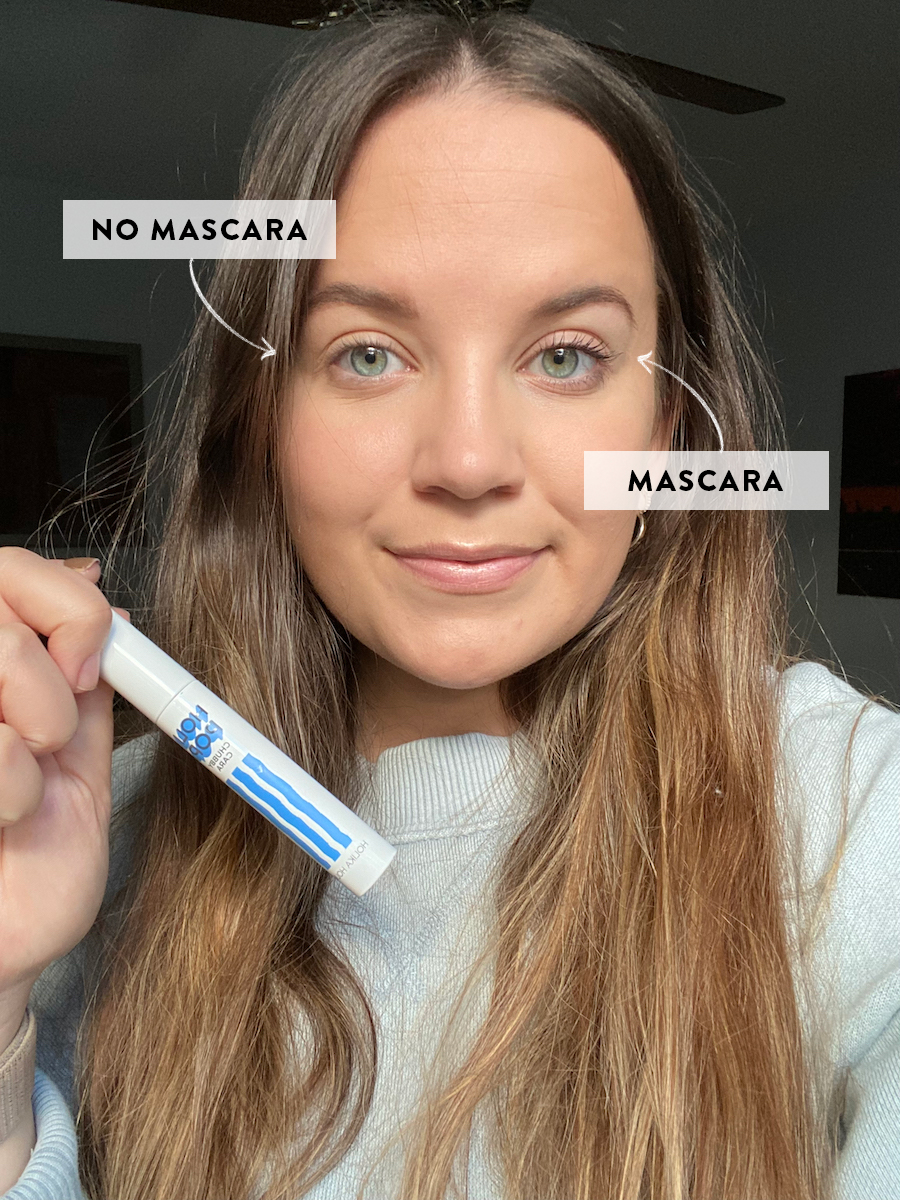 Score: 8/10
Best for: A natural-yet-chic look and comfortable wear

I was really excited for this one because it is a tubing mascara, which means that it has polymers that wrap around your lashes rather than a wax-based formula that coats them. Tubing mascaras are also waterproof but less difficult to remove than traditional waterproof mascaras. This also means that it stays put without any flakiness or smudging throughout the day. After trying it out, I can say that all of this is true. I loved the natural yet lifted look that it provided, and it was so comfortable to wear. It stayed in place all day and was also easy to remove. 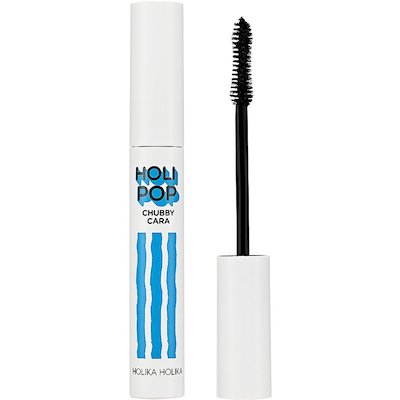 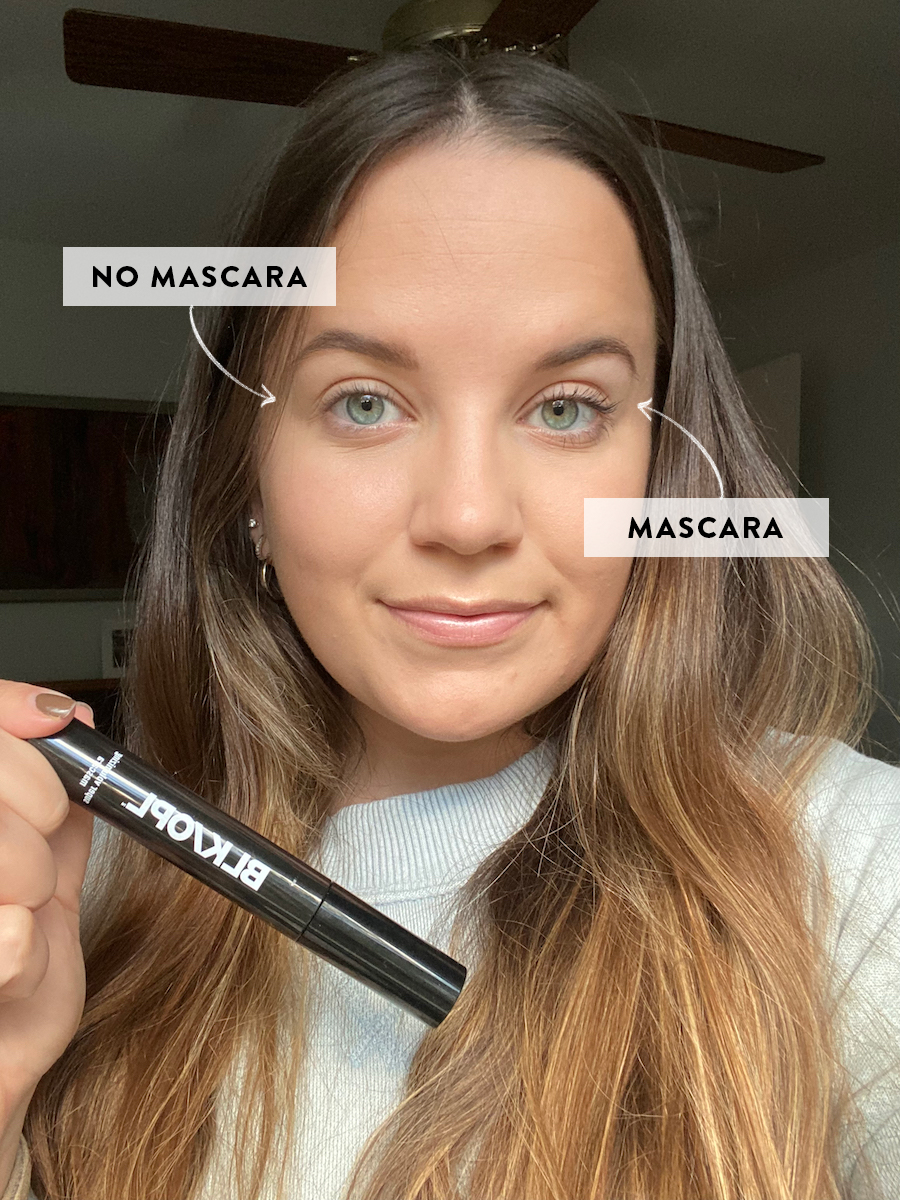 I hadn’t heard of this mascara before, so I was surprised and excited that I liked it so much. The first thing that stuck out to me was the wand—it’s curved in a shape similar to an eyelash curler and has a ton of small fiber bristles, so it provides that little extra oomph that my lashes need. It delivers both volume and length and the formula is not too wet, but the best part is that I saw immediate results. It only took a few quick coats to notice a significant difference in my lashes, which is perfect for when you want to quickly throw on some makeup before running out the door. This is definitely a new favorite of mine that I will continue to use. 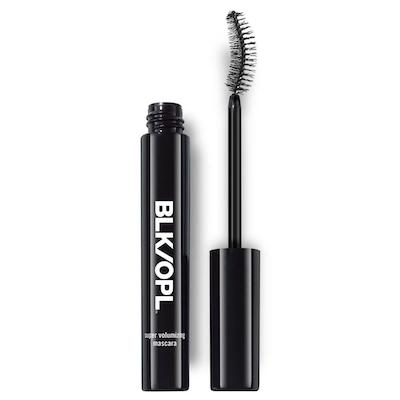 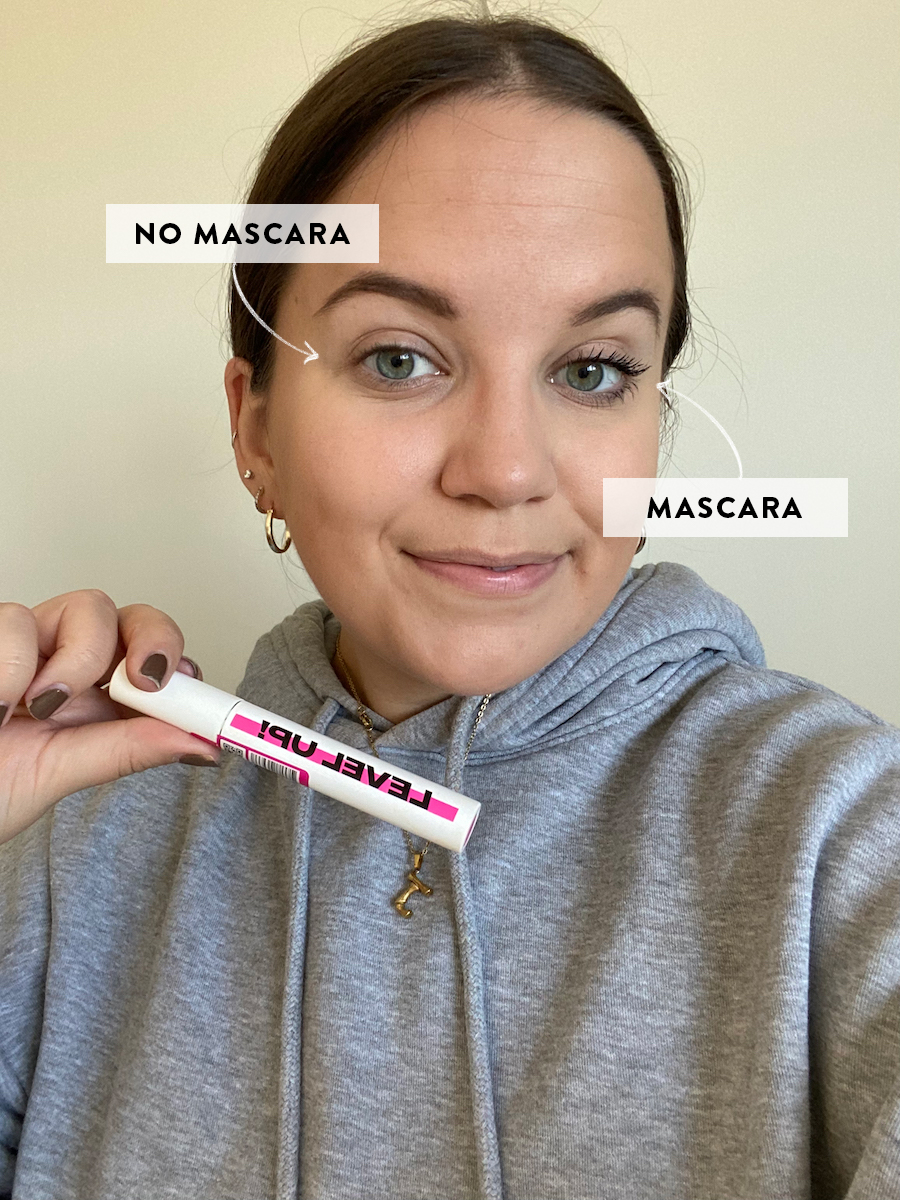 This was another new find for me, and I am so happy that I know about it now. The wand and formula make for a great application experience with no messiness. It instantly made my lashes dark, long, and voluminous, which are really all we can ask for in a mascara. The #1 reason this one got such a high score, however, is how long it lasted with no touch-ups. I wore this for an entire day of activities and a long car ride, and when I got home, it looked as perfect as when I had put it on that morning. It’s formulated with argan oil, castor seed oil, and Kalahari melon oil, which is not only the reason it’s so long-lasting, but it also nourishes and moisturizes your lashes over time. 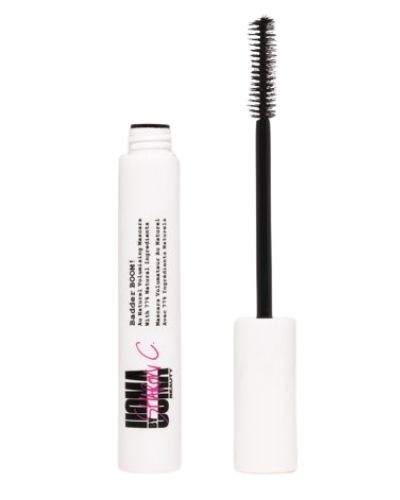 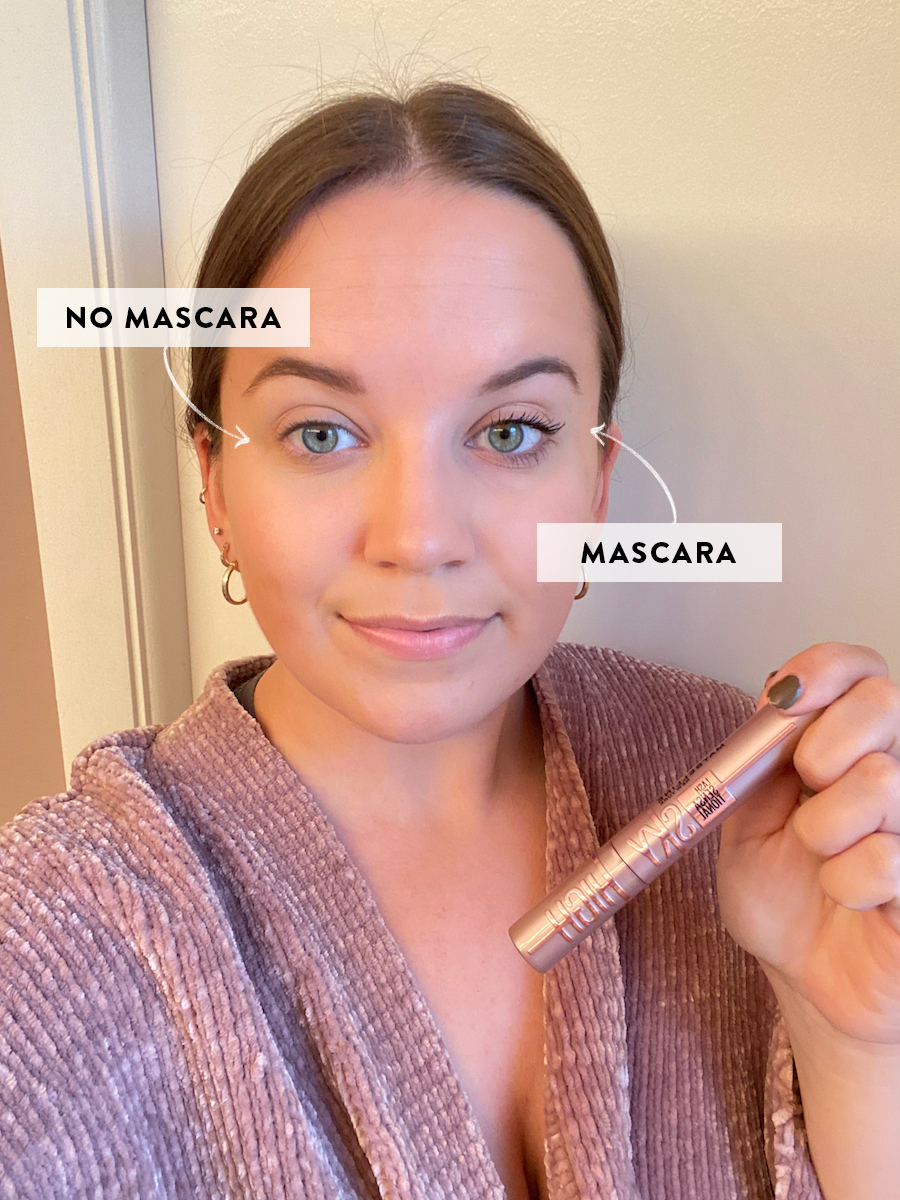 Like most things in my life, I first tried Sky High because I saw a TikTok about it. This girl was literally swimming in a pool and had the most perfect lashes I had ever seen, so of course, I ran to the comments and found out that she was wearing Sky High Waterproof Mascara. However, now that I’ve tried both, I will be the first to admit that the non-waterproof formula is far superior to the waterproof—and that’s the one that earned the #1 spot on this list. This mascara has the perfect balance of length and volume, and it makes your lashes look amazing without being too over-the-top or getting clumpy or flaky at all. The brush is long and skinny with a lot of bristles, so it is easy to maneuver and really get in there to coat all of your lashes (it also works wonders on bottom lashes). I love this mascara because it is subtle enough to wear in the daytime but also glam enough to wear with a more intense makeup look at night. 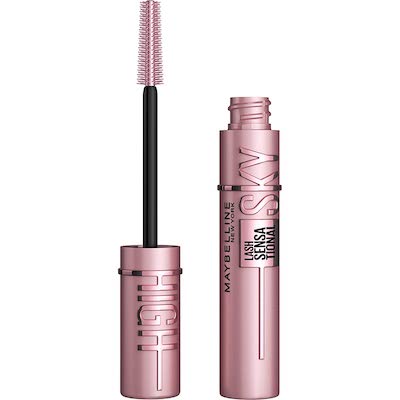 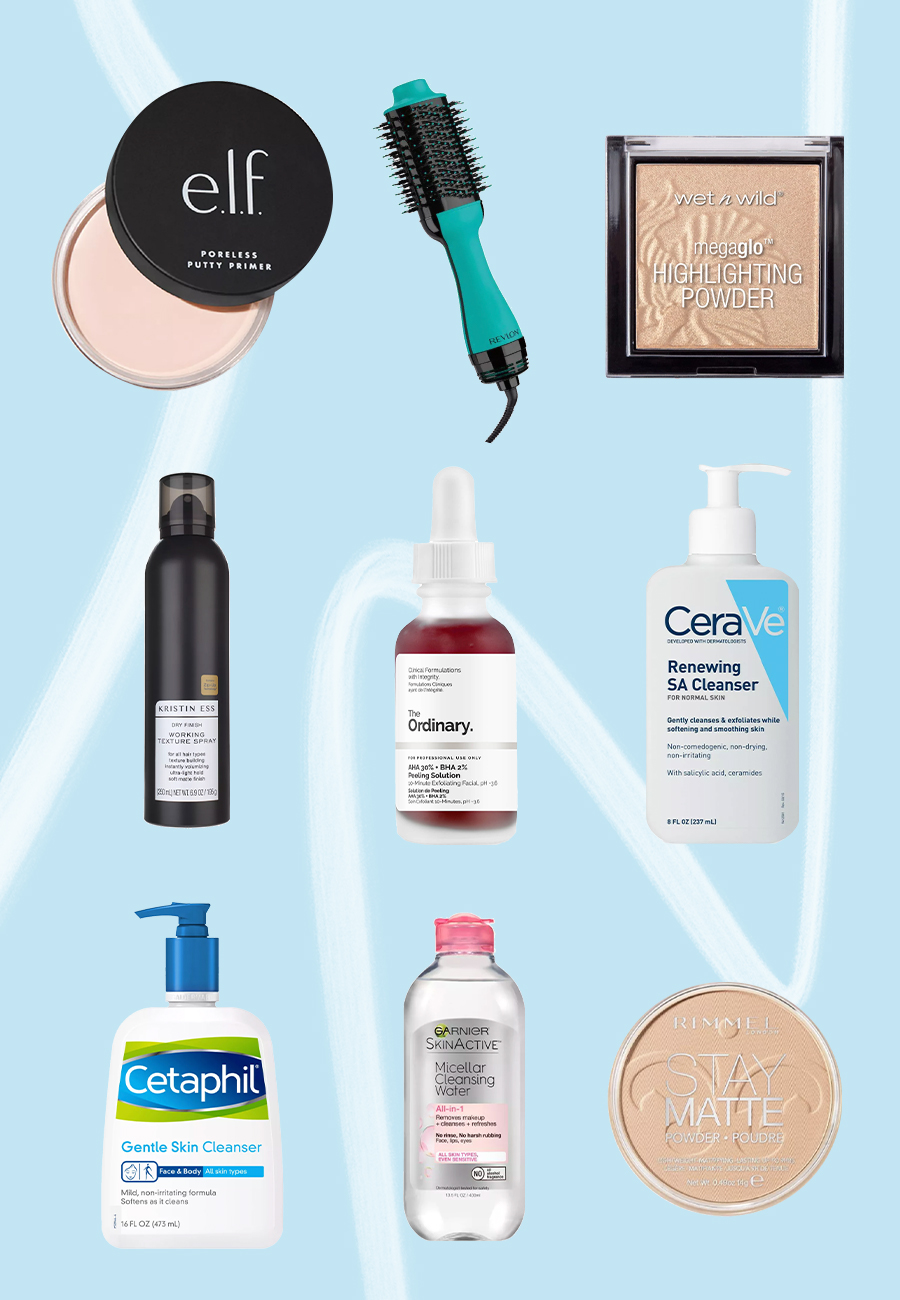