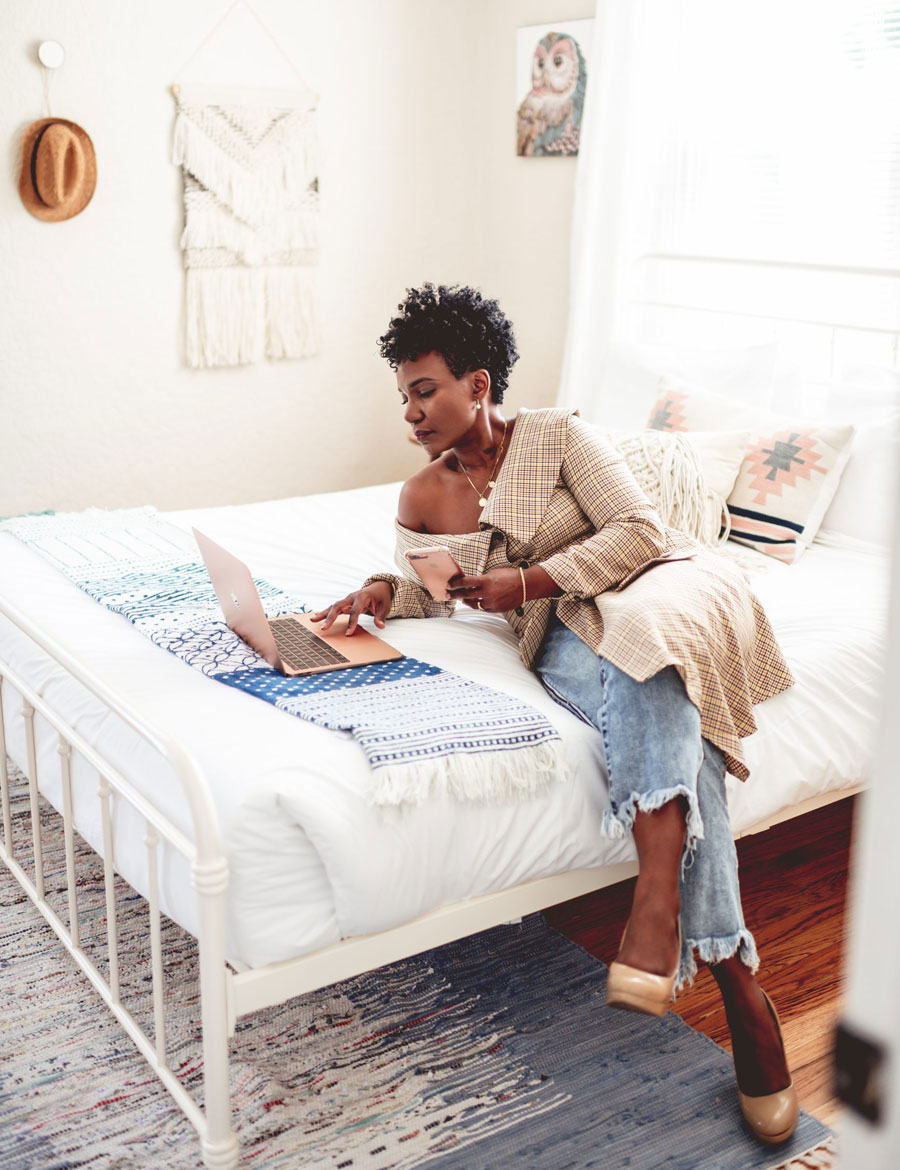 In my first year as a nurse, I had thought that I’d seen it all. I’d cared for a middle-aged man who got a pulse back after three rounds of CPR. I saw the symptoms of stroke disappear before my eyes with the quick administration of the life-saving medication, tissue plasminogen activator (tPA). I had witnessed a woman give birth to her first child. I was there to hold the hand of a burn victim while we waited for his family to arrive to the hospital. I was an active listener when patients shared their fears of a new diagnosis.

As a nurse, it’s easy to compartmentalize situations when they seem so far from your own. As a young female, I felt different from a lot of the patients I had previously helped. Whether it be age, self-care practices, or preexisting health issues, I was usually able to separate myself from the patient’s experience so that I could perform my role systematically, professionally, and without too much emotion.

Toward the beginning of my second year functioning as a registered nurse, there was one particular case that felt more difficult to separate than the rest. She could have been my sister. My friend. My coworker. Selfishly, I thought, that could have been me.

She was a 27-year-old female who had come in for lower abdominal pain and vaginal bleeding. I knew what the workup looked like for a woman of childbearing age who was experiencing bleeding and abdominal pain: urine tests, blood work, and an ultrasound. All to rule out what I had read about in my nursing textbooks: ectopic pregnancy.

The interaction was brief. After her ultrasound showed an implanted egg outside of the uterus, we threw in an IV, got STAT bloodwork, hung fluids, and sent her to the operating room. During the madness, she hid her fear with jokes, but I could hear the panic in her voice with some questions I didn’t know how to answer. During transport out of the ER, I had a Meredith Grey moment: I noticed that we had the same backpack. She was youthful, otherwise healthy, and one of us.

When we talk about women’s health issues, ectopic pregnancy rarely comes up. According to The American College of Obstetricians and Gynecologists, “The prevalence of ectopic pregnancy among women presenting to an emergency department with first-trimester vaginal bleeding, or abdominal pain, or both, has been reported to be as high as 18%.” If you’re sexually active—even if you’re not trying to become pregnant—you are at risk.

Enter OBGYNs Kate White, MD, MPH and Kecia Gaither, MD, MPH, FACOG who I spoke with over email to help us uncover the common pregnancy condition many of us don’t know very much about.

What exactly is an ectopic pregnancy?

First things first: what exactly are we dealing with here? Let’s take a trip back to our seventh-grade sex ed course to review: during fertilization, an egg is supposed to implant in the uterus, where it attaches and grows for the remainder of the pregnancy. Say the egg doesn’t make it to the uterus and instead attaches to a fallopian tube, in the abdomen, or the cervix. The egg will grow, but the pregnancy will not be sustainable as it enlargens.

What are the symptoms?

Kecia Gaither, who is double board-certified in OBGYN and maternal-fetal medicine, has encountered multiple cases of ectopic pregnancy in her career. In our email exchange, she noted that the most common symptoms include “pain and [vaginal] bleeding.” In later stages, if rupture occurs, a woman can experience more severe symptoms that are caused by internal bleeding and hemorrhagic shock. These later symptoms include “shock, dizziness, and tachycardia,” Dr. Gaither continued. Dr. Kate White, associate professor of OB/GYN at the Boston University School of Medicine, acknowledged via email that “sometimes a person has no [early] symptoms” and only becomes aware of ectopic pregnancy symptoms after rupture.

Who is at risk?

Gaither went on to note that those who have had a history of “prior ectopic pregnancies, pelvic inflammatory disease, tubal surgeries, smoking, or IVF” are all at risk for developing an ectopic pregnancy. White explained similar factors and went on to add that being “older than 35 years old, endometriosis, and having multiple lifetime sexual partners” also increases one’s risk. 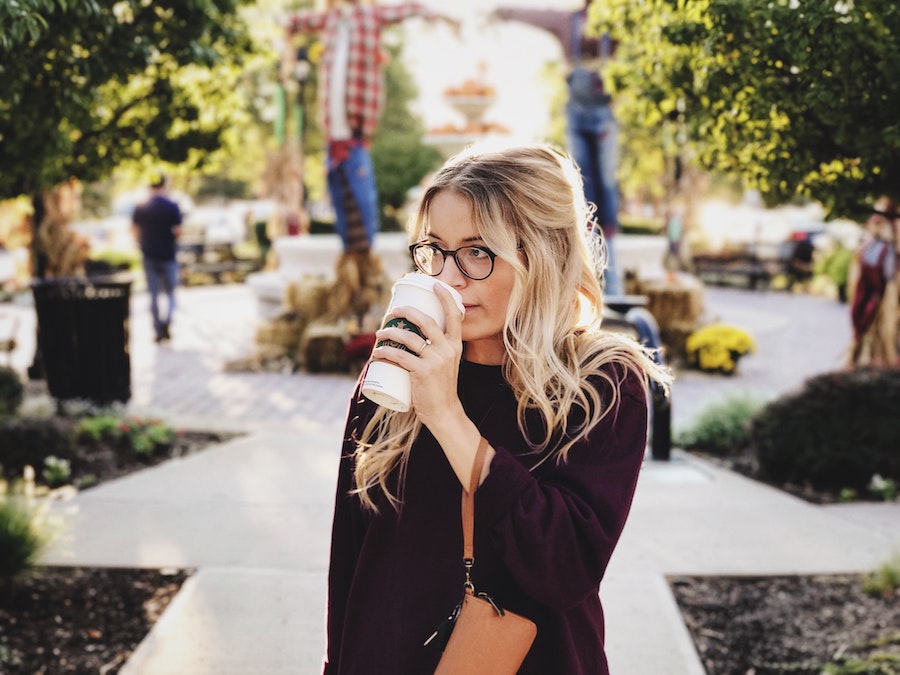 How is it diagnosed and managed?

If a patient presents with symptoms of ectopic pregnancy, Gaither stated that “diagnosis is made by ultrasound.” White agreed and shared that while she can “sometimes visualize the ectopic pregnancy on an ultrasound,” this isn’t always the case. She continued to explain that “sometimes, a person has symptoms of a miscarriage, undergoes a dilation and curettage, which reveals that the pregnancy is not in the uterus.”

As far as management goes, both OBGYNs mentioned surgical and medical treatment that, per Gaither, is dependent on the “size, presence of a heartbeat, and location” of the pregnancy. White went on to detail that surgery may range from “cutting into the [fallopian] tube to remove the pregnancy” to “removing the entire fallopian tube.” She went on to explain that “only one medication can be used for the treatment of an ectopic pregnancy: Methotrexate.” She noted that after two injections of the medicine, which stops the egg’s cells from dividing and multiplying, a woman will need and follow-up bloodwork to trend the pregnancy hormone which should decrease as the medication takes effect.

Can it be prevented?

Prevention of ectopic pregnancy is aimed at reducing the risk factors that we can control. Dr. White noted that quitting smoking and practicing safe sex are the best ways to reduce our risk of ectopic pregnancy. “This is another good reason to quit smoking,” she continued. “We don’t know if vaping puts you at risk, so I wouldn’t consider vaping to be a safe alternative.” Additionally, she noted that “you should always protect yourself from STIs. Use barrier protection with any partners you’re not monogamous with and be sure to get tested for the common STIs at least once a year.”

What are the implications for fertility moving forward?

If you have an ectopic pregnancy, what does that mean for fertility in your future? Dr. White noted that, “If you lose one of your fallopian tubes as part of treatment for ectopic pregnancy, your fertility can be affected.” Additionally, she shared that “having the ectopic pregnancy can signify an underlying fertility issue, which might make it more difficult to conceive in the future.” Gaither stated that “whether tubal damage or loss has occurred precludes whether infertility will be an issue.” She added that “women without fallopian tubes can still become pregnant via in vitro fertilization,” as the fertilized egg can be implanted directly into the uterus without the presence of the fallopian tube.

It’s important to note that whether you’re trying to conceive or not, an ectopic pregnancy is a form of loss. If you or someone you know has suffered from an ectopic pregnancy, we see you. We hear you. We feel you. Let’s continue this conversation, Everygirls.

Please consult a doctor before beginning any treatments. Always seek the advice of your physician or other qualified health provider with any questions you may have regarding a medical or mental health condition. Never disregard professional medical advice or delay in seeking it because of something you have read in this article.