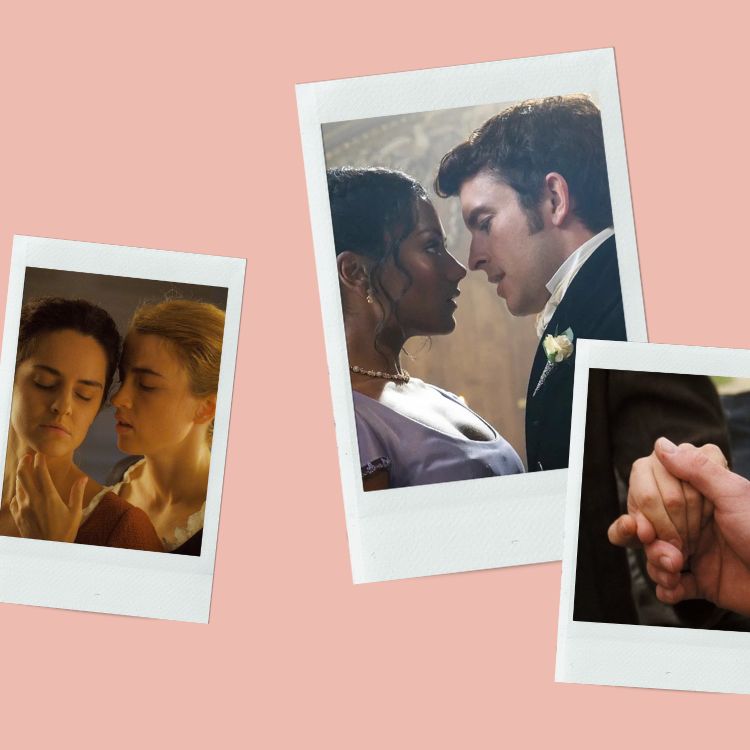 You’ve probably seen the term “Female Gaze” pop up with each refresh of your TikTok or Instagram “for you” page—and yes, I am referring to everything from the iconic Mr. Darcy hand flex in Pride and Prejudice to that Bridgerton scene you keep replaying. While the term may be new, the idea behind catering to a more nuanced and intellectually-based side of sexuality is not. As an intimacy coordinator for stage and screen, I have seen a rise in admiration for the Female Gaze that is making its way across streaming platforms and social media on the daily. This perspective is quickly and positively changing how we view intimacy, and subsequently, how we experience it in our bedrooms. Let’s dive in, shall we?

What is the Female Gaze, anyway?

Defining the female gaze is a marathon in itself. The perspective is still new, and most of the searchable information relies heavily on articles and interviews with experts in the film industry. To better understand the Female Gaze, it is essential to understand the Male Gaze and how that perspective exists, well… everywhere.

Coined by feminist film theorist Laura Mulvey in her 1975 essay, Visual Pleasure and Narrative Cinema, the Male Gaze is basically summarized as the way a heterosexual man “sees” an objectified woman in a sexualized way. Excessive cleavage in a beer commercial? Male Gaze. Scantily-clad badass superhero? Male Gaze. It’s easy to spot the physical examples in the media all around us, but it goes deeper than the clothes women wear or the poses they strike. Within the Male Gaze, the rest of the characters exist purely to serve men, their interests, and their storyline—thus perpetuating the submissive qualities women fight against not only in their daily lives but when it comes to sex as well.

So, if the Male Gaze objectifies women, then it would make sense for the Female Gaze to swing totally opposite and objectify men, right? It’s quite the opposite. The upswing of the female viewpoint in the media allows a never-before-seen representation of the way women view themselves and the world they exist in: It’s a glimpse inside the authentic female experience that focuses less on what we see, and more on what we feel.

How The Female Gaze translates from the screen to your bedroom

It’s opened a dialogue around what really turns women on.

Cue the jaw tension, hand flexes, and lingering gazes in candle-lit rooms. If I had a dollar for every drooling social media comment I’ve seen about everyone from Anthony Bridgerton and Loki to Harry Styles, I’d be the richest person in the world. Why does it feel like every way you turn, people are throwing themselves at these characters and artists with reckless abandon? Because we are finally seeing real-life depictions of those desires we’ve only whispered to our friends over a glass of wine, and we are seeing it on an overwhelming scale.

For the first time ever, really, people are taking to the streets with a collective sigh of relief. We are finally able to point to—and talk about—examples of the nuanced sensuality that makes sex and romance irresistible, rather than feeling obligated to pretend that our sexuality is purely a visual tool.

The upswing of the female viewpoint in the media allows a never-before-seen representation of the way women view themselves and the world they exist in: It’s a glimpse inside the authentic female experience that focuses less on what we see, and more on what we feel.

It sets the expectation of consent and boundary setting.

The way we watch our favorite characters being treated on screen directly impacts the way we allow others to treat us. It’s a phenomenon in the entertainment world called “Character Bonding”, just as we do with real-life friends and partners. While we watch the story unfold, our minds subconsciously fill in the missing details of characters’ lives—sometimes making us feel that we know those characters more personally than we know ourselves. This happens outside of film and TV, with celebrity interactions as well. I mean, if Matt Healy can fully stop his set to check IDs and triple-confirm that he has consent to kiss a doting fan, why shouldn’t the rando you just met at the bar? The more that consent and boundary-based sex floods the media, the more we grow accustomed to expect and demand it for ourselves.

It centers sensuality in sex, for all partners.

While the media can introduce us to wonderful experiences and definitely-don’t-need-but-kind-of-need items to fill our shopping carts with, the effects go much deeper. The rise of the Female Gaze in the media has started a new era of what it means to have great sex for all partners involved, which is a far cry from the intense bang-it-out scenes we’ve grown accustomed to seeing throughout our lives. The fully dimensional and complicated characters we experience in modern-day releases allow us to deeply relate to and understand the internal motivations of every character on screen, regardless of their gender or sexuality.

We’ve strayed from strictly visual sex appeal, and replaced it with slow builds of tension, professions of love, and intellectual stimulation—all things that many people of all genders appreciate, even if we’ve been taught that we shouldn’t. As the media is prompting women to become more confident in expressing their desires to themselves and their partners, it is also showing a new side of sex to men—a side that allows them to explore their vulnerability and listen to what their partners need from them. In no time, we’ll be having sex like they do in the movies, but the most important part is that now we’ll all be enjoying it.

10 Ways to Orgasm That You Haven’t Thought Of, According to Sex Therapists
READ NOW