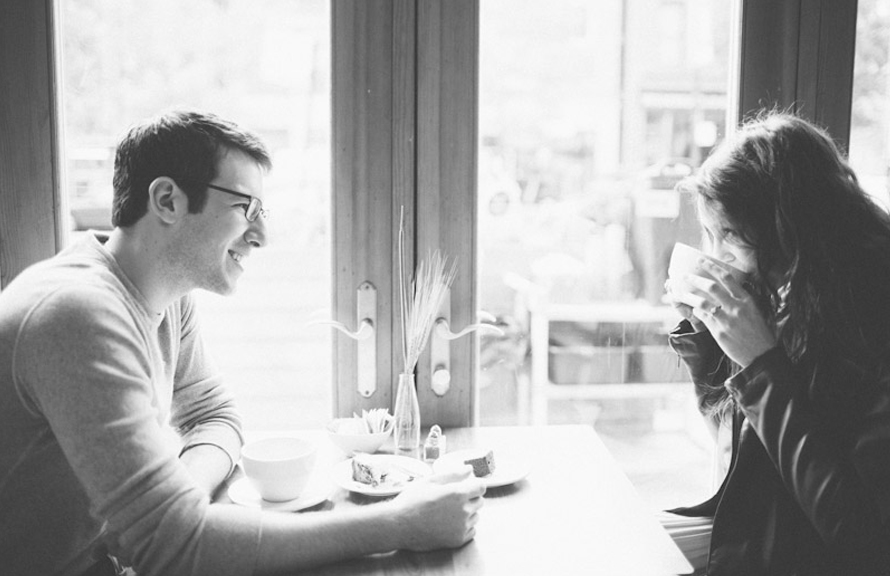 Well it happened. There was no premeditation, no resolve; frankly I never saw this day coming. But plan or not, there I was Monday night like it was the most natural thing to do. I lied about my age.

I had just run into an old colleague whom I vividly remember as being quite a bit younger than me. But there he was, seemingly all grown up, and smiling at me like I was an episode of New Girl. So after the usual flurried hub bub of how have you been and what are you doing here, I made a sarcastic comment along the lines of, “Have you finally graduated college?” to which he replied, “Oh come on, I’m not that much younger than you. What are you…” he paused, thinking. Before he could carry the one, I interjected with Emmy-deserving confidence, “I’m 26.”

From over his left shoulder, I saw my friend Meghan overhear my statement, and raise an amused eyebrow. He, of course, took me at my word, and after saying he was 25, teased, “See? I’m barely younger than you.” The conversation moved on from there and not another word about age was mentioned as he bought me a drink, introduced me to his friend, and led me out to the dance floor.

But here’s the thing. Aside from totally shocking myself with the lie, what weighed on my mind the next day wasn’t that I’d shaved three years off my life without blinking an eye, but more so why I felt the need to? Because in that moment I felt 26? Because I thought I seemed 26? Because I thought he wanted me to be 26? More importantly, I was curious about the perception I apparently have about age that made me think my behavior or attitude that night didn’t align with the number of years I’ve been alive. Why didn’t I feel 29? And what is it that makes anyone feel their age? Or any age?

Here’s the crazy part. It wasn’t that I felt self-conscious about myself in our interaction, or that night at all. This guy was buying me drinks, laughing at my jokes (point: him) and clearly enjoying my company (and dance moves). So why would me being a few years older change any of that? I think I have some ideas. Age has only recently become something I think about. Perhaps because my 20s are coming to an end or perhaps because my life has taken on a different timeline than I once imagined.

I can say with all sincerity that I’ve truly enjoyed growing older. While I loved college and didn’t hate high school, I’ve enjoyed young adulthood the most. The freedom, the independence, the maturity; being the boss of your own life. I wouldn’t go back and redo it if you paid me. But much like how chubby thighs and arm rolls cease to be cute after toddlerhood (don’t get me started on THAT injustice), growing older sort of loses its luster after about, hmm…23? Probably because the milestones are over. You can walk, you can drive, you can vote, you can drink. Now what? Marriage? Babies? Making partner?

Don’t get me wrong, I am very happy to be where I am professionally, personally, spiritually and other adverbs, but I think my nostalgia about my 20s might have something to do with my perception of what is supposed to happen in my 30s, or rather, by the time I’m 30. Oddly enough I’ve been calling myself 30 for a few years now…mostly because I dated a man 6 years older than me, and several of my friends have already passed gracefully into this new decade and look damn good doing it.

Perhaps what has me flummoxed (See? 22 year olds do not use that word, right? We win, 30s) is that the things I associate with being 30 have not happened yet. Well a few of them have: professional success, and the Sex and the City-esque sense of self and wisdom mostly borne from years of mistakes; trial and error, reinvention, healing. I worked hard to get here. And it feels good. But I’m unmarried, and I am not a mom. Two things that my mother, and her mother, and a large majority of my friends have become by this age. Two things that I perceive as the only ‘milestones’ left in this life stage. Not to say by any means that this is everyone’s ideal, or that it should be everyone’s ideal. But it was instilled in me not only growing up, but in my social circle, that this was part of growing older, these things marked adulthood. So without them to commemorate my age, it feels…peculiar?

It makes me wonder, does everyone feel this way? Is it more uncomfortable to reach 30 without those milestones? Or is it this way for every woman, no matter her relationship status, job position, number of dependents on her taxes? So maybe that’s makes me want to lie and say I’m 26 when I’m out late on a Monday night dancing to Motown music and drinking a PBR. Because those other, ‘30-ish’ things aren’t a reality for me yet. And maybe because I have a suspicion that people are more comfortable with that single, childless, woman at a bar being closer to 20 than 30. But maybe (hopefully) I’m wrong. I certainly know plenty of fabulous women in their 30s who would say so.

So what say you, Everygirls? Is age just a number? How has your perception of women and age and accomplishments changed as you’ve gotten older? Is this a female-specific issue? Talk to me.