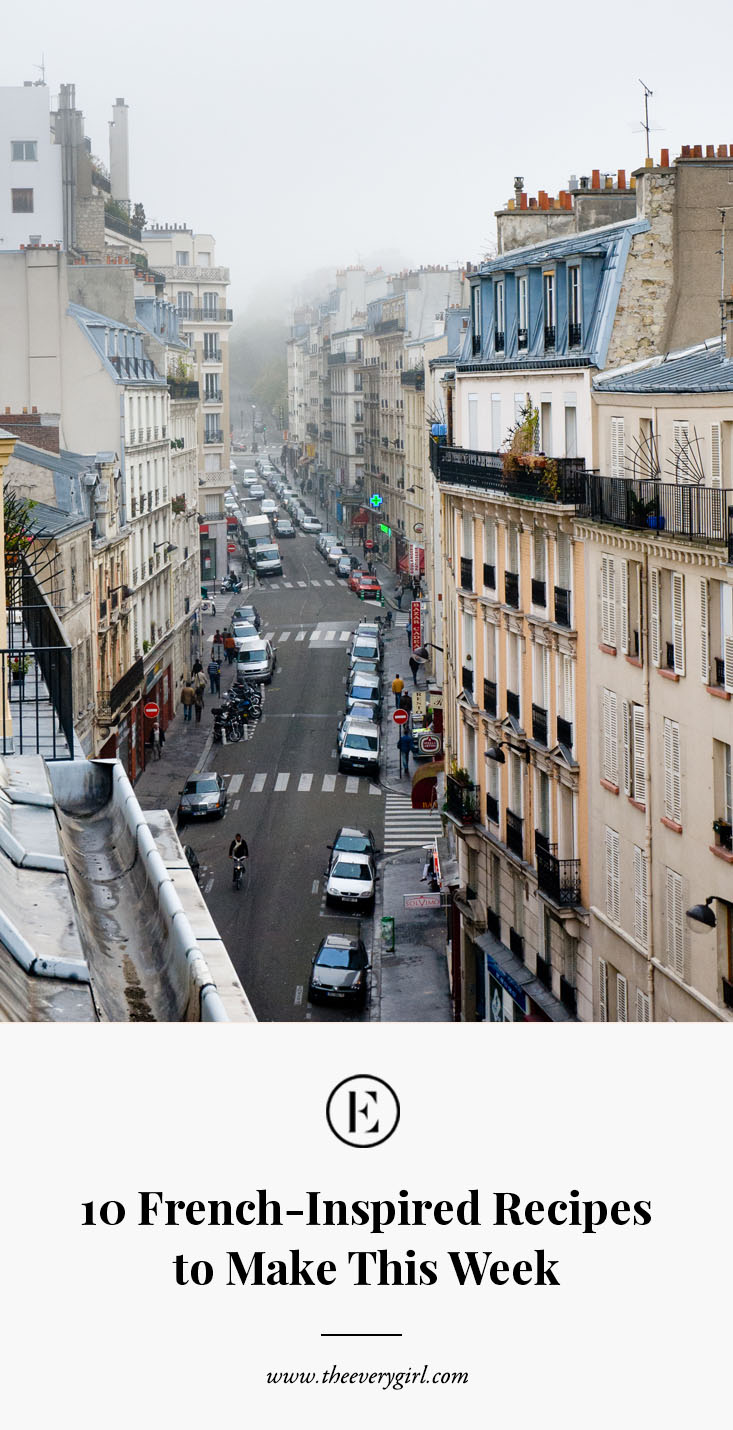 For years, I romanticized the idea of Paris; the city that stands as the apex of culture, sophistication, and art was a mystifying mix of opulence and beauty to me.

But beneath this idealization was fear. As an American from a town of less than 900 people and whose experiences on public transit could be counted on one hand, I found Paris — with its fashion, its rich history, and its highly-stylized meals — intimidating.

It wasn’t until I lived in the city for a year that I began to move beyond the clichés and understand that Paris — despite this grandeur and mythic status — is a place where people make their home. Here are 10 French-inspired meals that communicate the comfort of Paris, with a little style and elegance too. 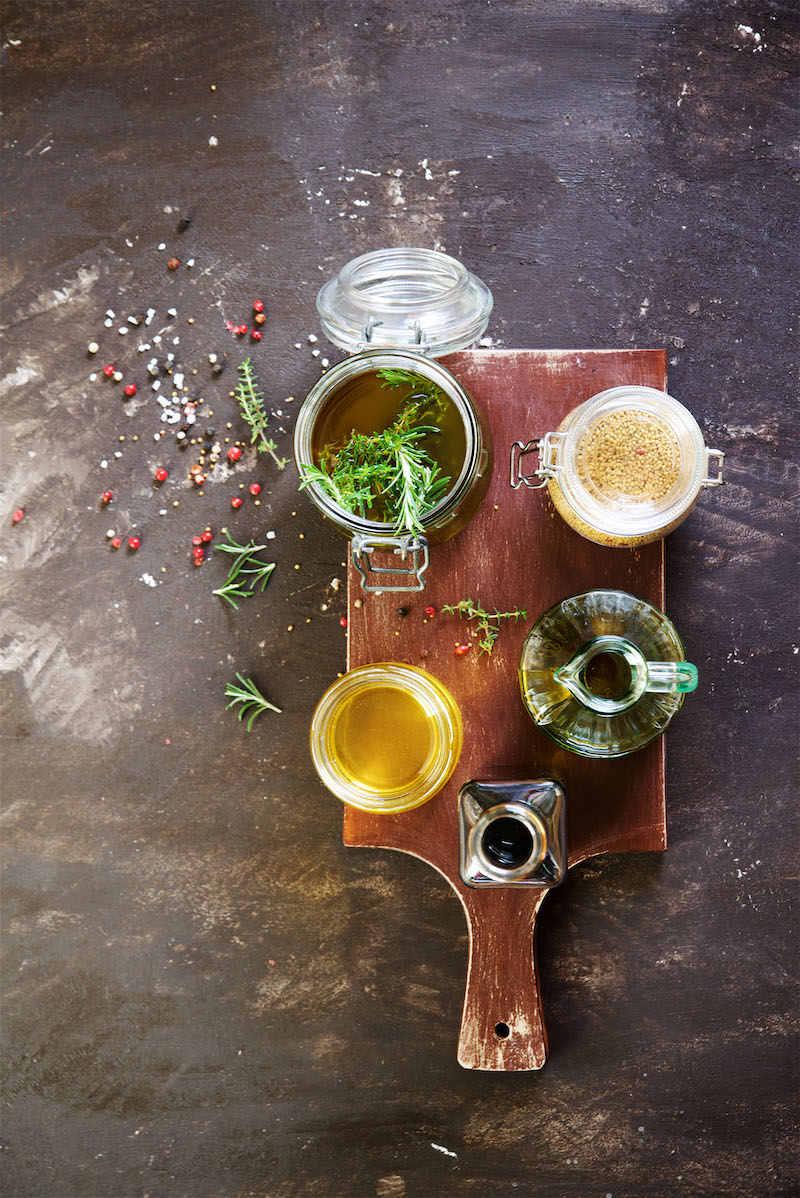 There’s no other way to start a list of essential French recipes than with a classic French vinaigrette.

I can’t remember eating a single dinner in Paris that wasn’t followed by a bowl of stunning salad greens and a dressing that balanced the heat of pepper with garlic and lemon to perfection. Adding anchovy (please, please, please don’t leave it out!) gives the dressing a rich umami flavor, and a teaspoon of Dijon mustard lends a fresh bite. Trust me, you’re going to have no problem getting your fill of greens. 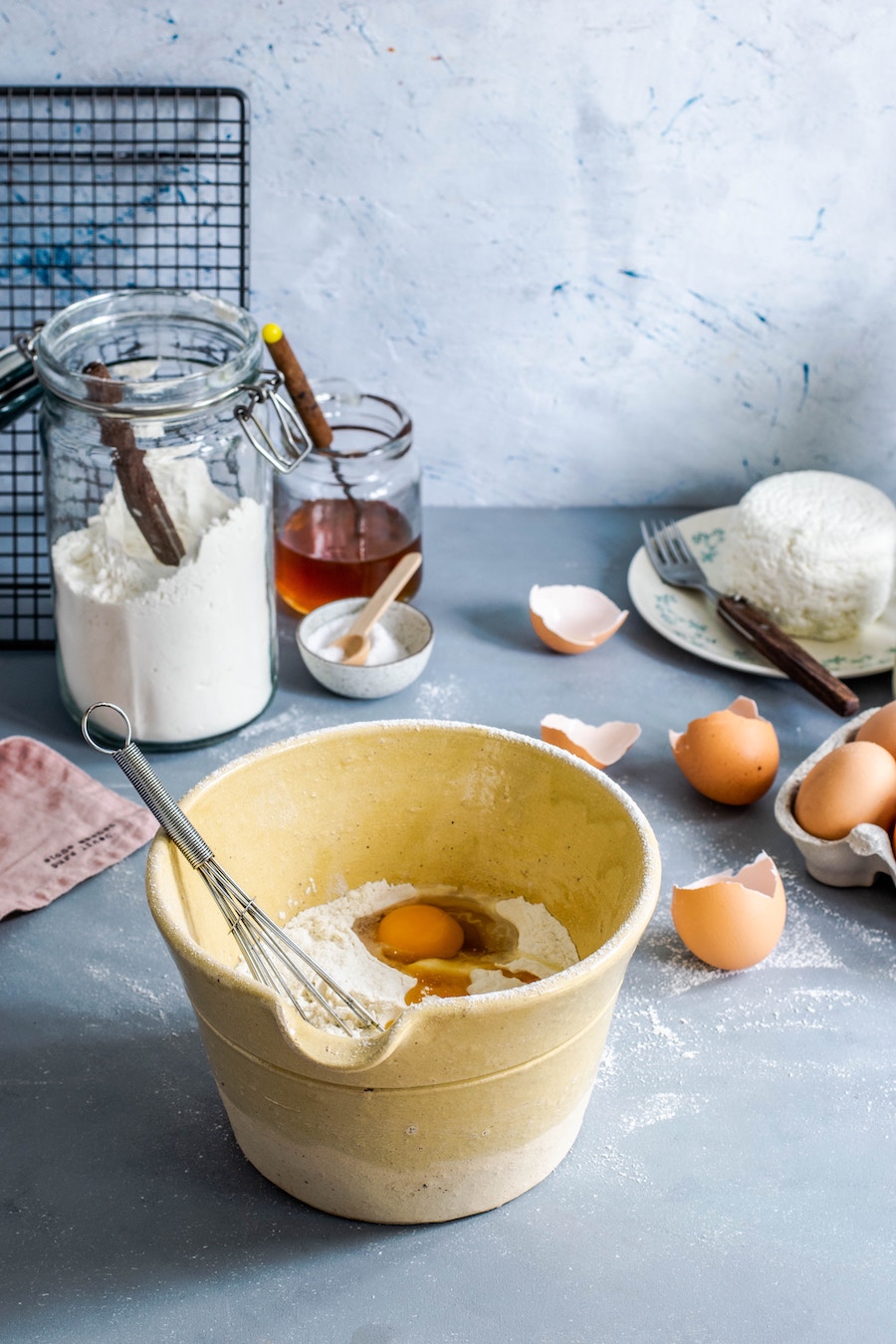 I was given my first copy of Mastering The Art of French Cooking when I was 14, and in addition to introducing me to the canon of French cuisine, the book also solidified my love of gougères. Essentially French cheese puffs, these bite-size, lightly-golden cheesy clouds were a staple of the many dinners my host parents would throw, with a tray continuously circulating around the apartment. Serve these at your next dinner party as a pre-meal bite, and pair with a bottle of Pinot Noir (or if you can find it, Sancerre) for extra brownie points. 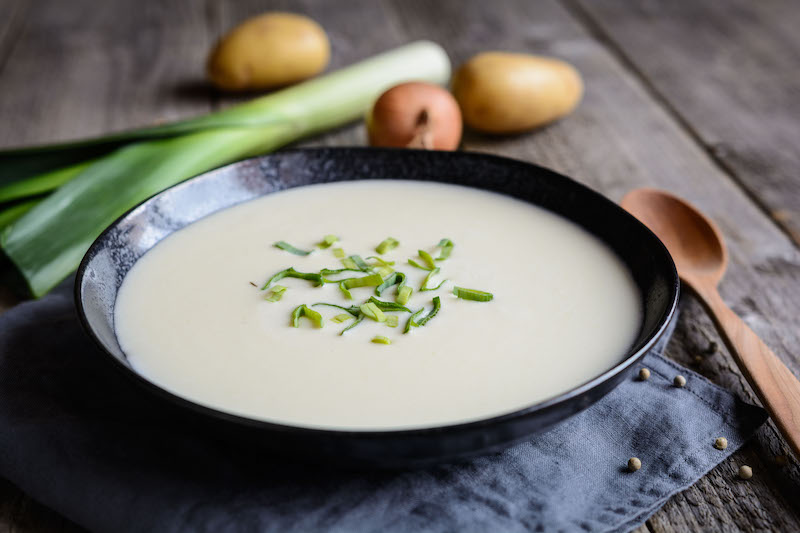 Speaking of the queen who helped bring French cooking to America, Julia Child’s Potato Leek Soup is a hug in a bowl. Its soothing, velvety texture (thanks to the heavy cream and crème fraiche) is exactly what you crave on chillier evenings, and the flavor is perfectly balanced out by the addition of lemon and fresh herbs. Rev up your immersion blender — this soup is love, comfort, and everything you could ever want from dinner. 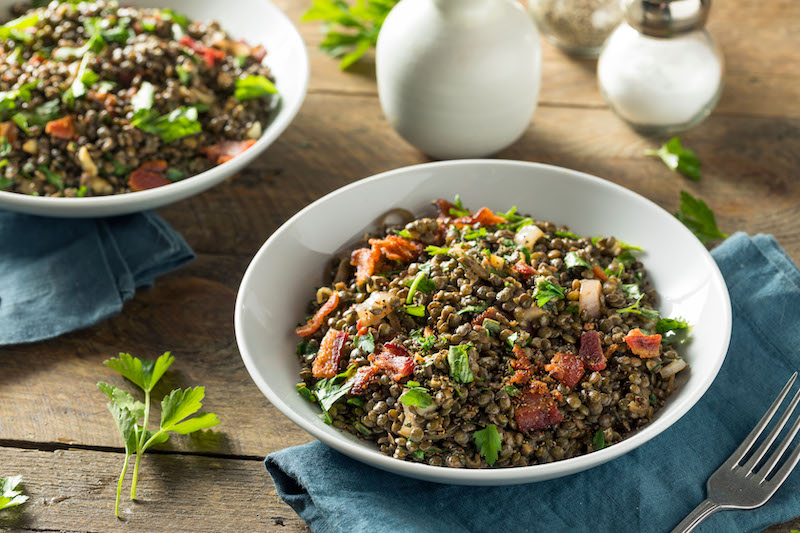 Lentils are a staple (and in my opinion, the best-kept secret) of the cuisine. Cheap and filling, lentils stood as the base for countless salads that friends and I would take for picnics along the Seine or for day trips outside of the city. This salad is beautiful in its simplicity, and keeps well in the fridge for days. Make it for dinner and save leftovers for a lunch that’s filling and full of flavor. 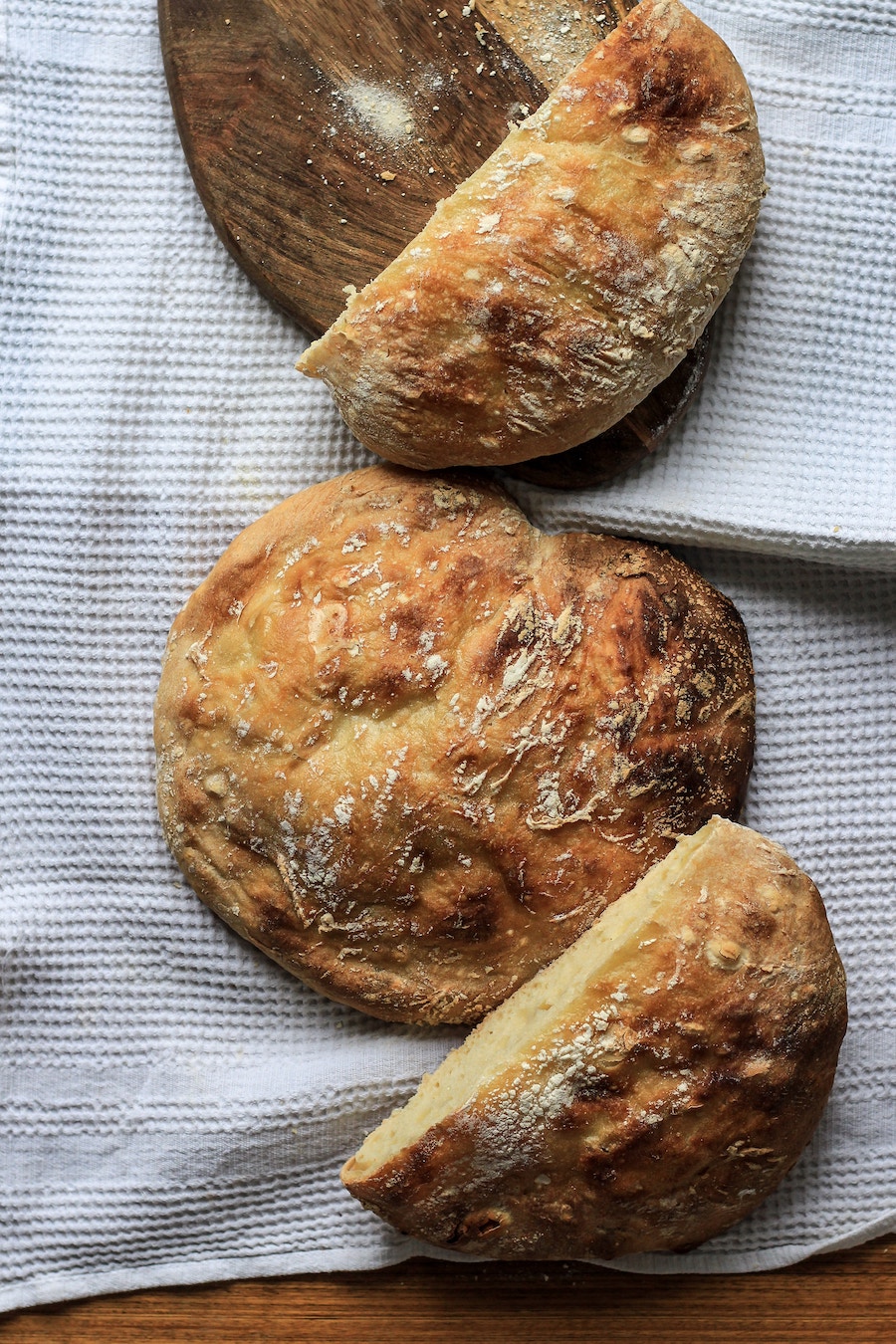 While most people buy their bread from the boulangerie in Paris (and nibble off the ends of baguettes on their way home), my host mother had a lovely tradition of baking a loaf on Sunday mornings for fresh, easy breakfasts the rest of the week. The task can seem daunting, but this bread takes only a little bit of prep work and kneading to give you a crusty, artisan-style loaf. Be sure to layer toasted slices with butter and fruit preserves for added effect. 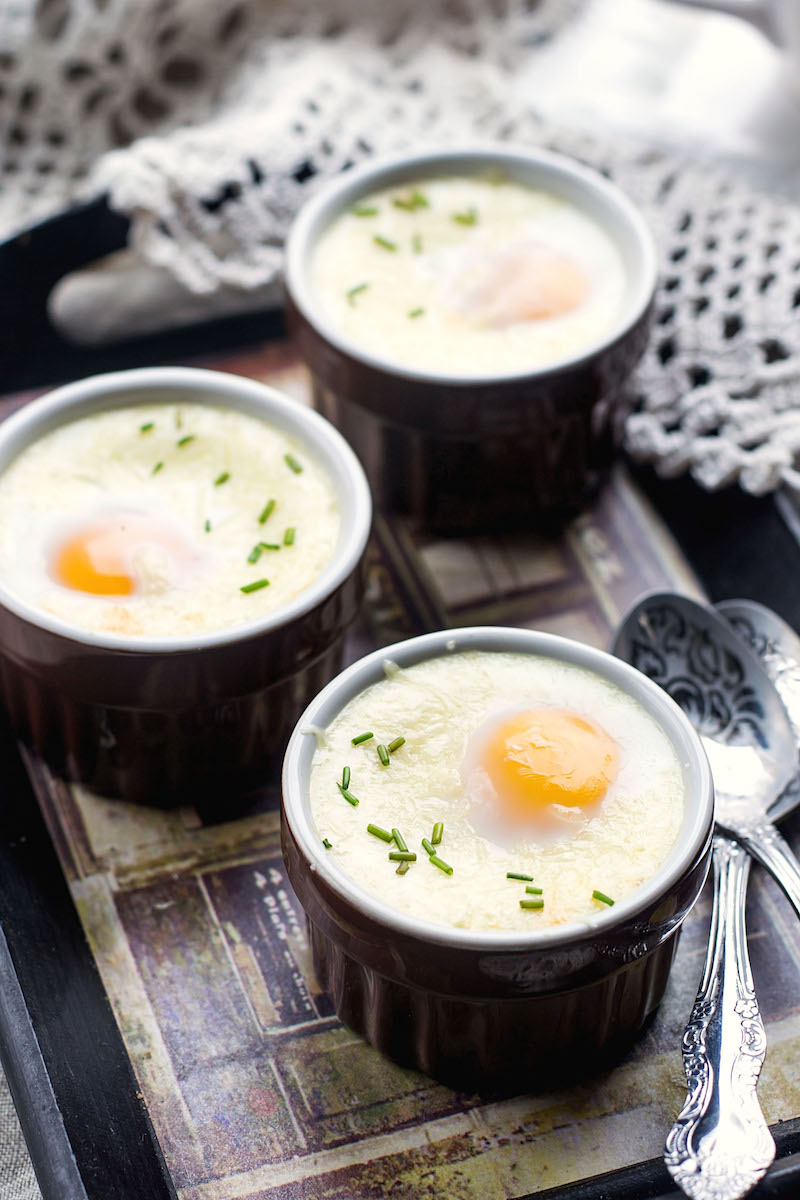 Eggs en cocotte. My love of this dish is two-fold: not only is the name adorable, but its presentation is endearing too. My host brother (who, during my year in Paris, was attending culinary school) would bake eggs in a set of white, vintage teacups for a quick dinner. While this works as a brunch dish or a more involved weekday breakfast, there’s novelty and nostalgia in sitting down to this humble meal after the work day is complete. 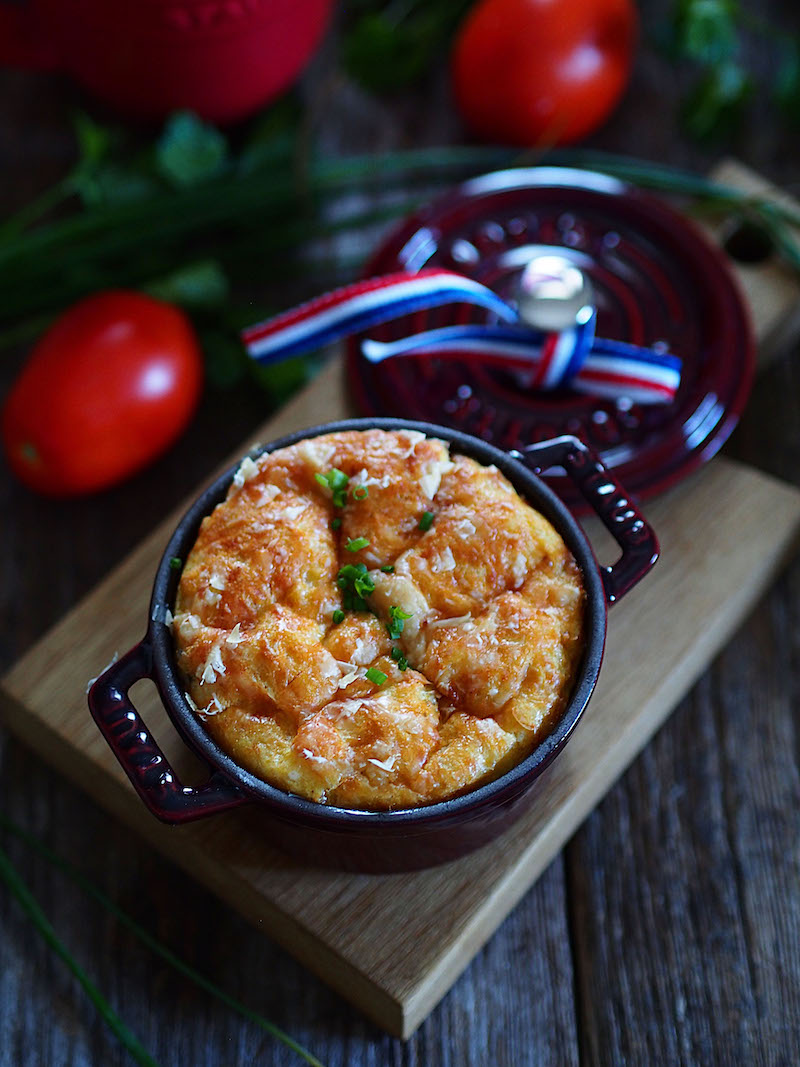 Soufflé might be hands-down the most intimidating French dish; nightmares abound of the delicate mass of eggs, butter, and flour collapsing into a heaping mess or never rising in the first place. Trust me: I used to have those nightmares, and it wasn’t until I got home on a random Tuesday evening to find my host mother pulling a gorgeously-browned soufflé from the oven that I committed myself to becoming a person who could do the same.

There are many tips and tricks to a successful soufflé, but for me, the two that make any recipe foolproof are being sure to fold the egg whites into the base (as opposed to stirring) and serving the soufflé right away. Following these steps will ensure a puffy, pillowing dream that’s crispy on the top and deliciously creamy inside. 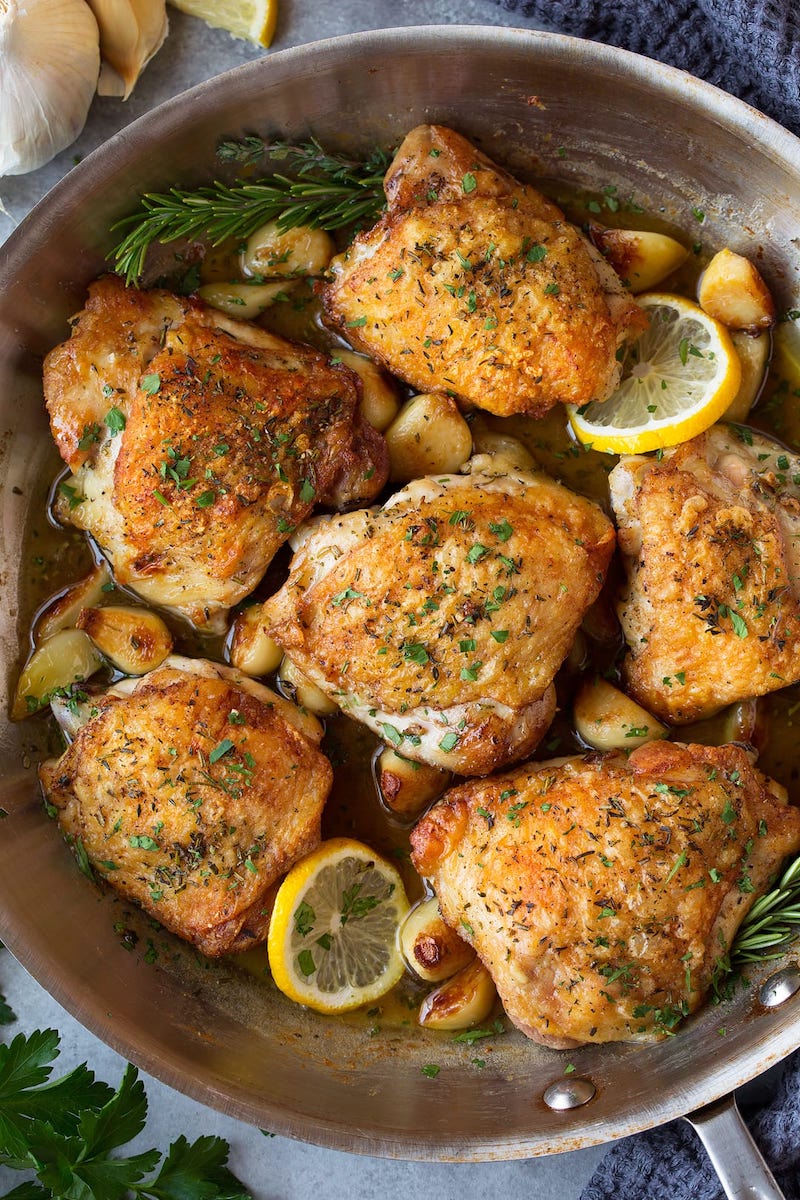 Poulet rôti, French roast chicken, is, to put it simply, irresistible. The smell of chicken roasting wafted through nearly all the outdoor markets I’d frequent, and its seductive aroma permanently imprinted in my sensory memory. It was the ultimate comfort food, especially when set atop a layer of potatoes that would soak up the juices underneath.

This recipe uses just the thigh meat of the chicken, giving you the same crispy-tender combo as its whole-bird counterpart — without needing an hour in the oven. Serve alongside a green salad (with the vinaigrette from above!), for an elegant-yet-easy weeknight meal. 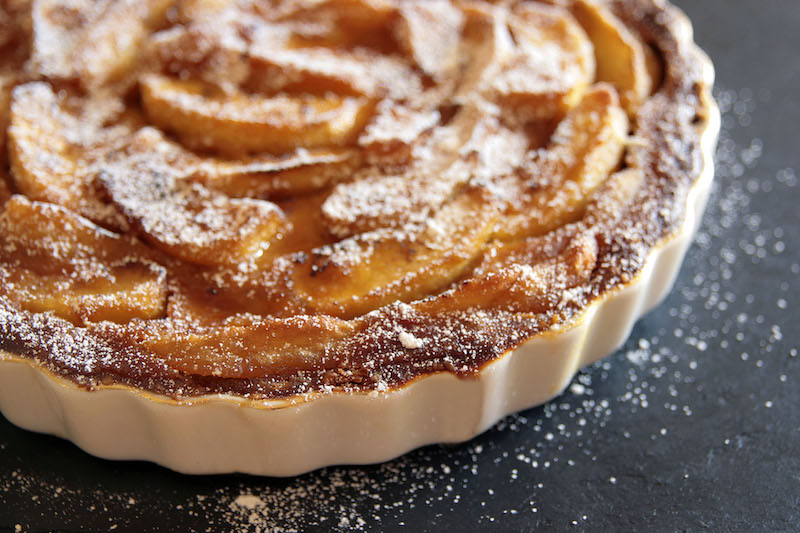 While there’s nothing as American as apple pie, there’s nothing more truly French than a rustic-yet-elegant apple tart. Often, we think of French desserts as over the top, gilded with excessive garnish and decoration, but this tart pairs a thin, buttery crust with apples that are flavorful and caramelized to perfection. With the apples arranged in a rose-shaped pattern, the ratio of effort to artistic result is just another reason to make this your go-to fall dessert. 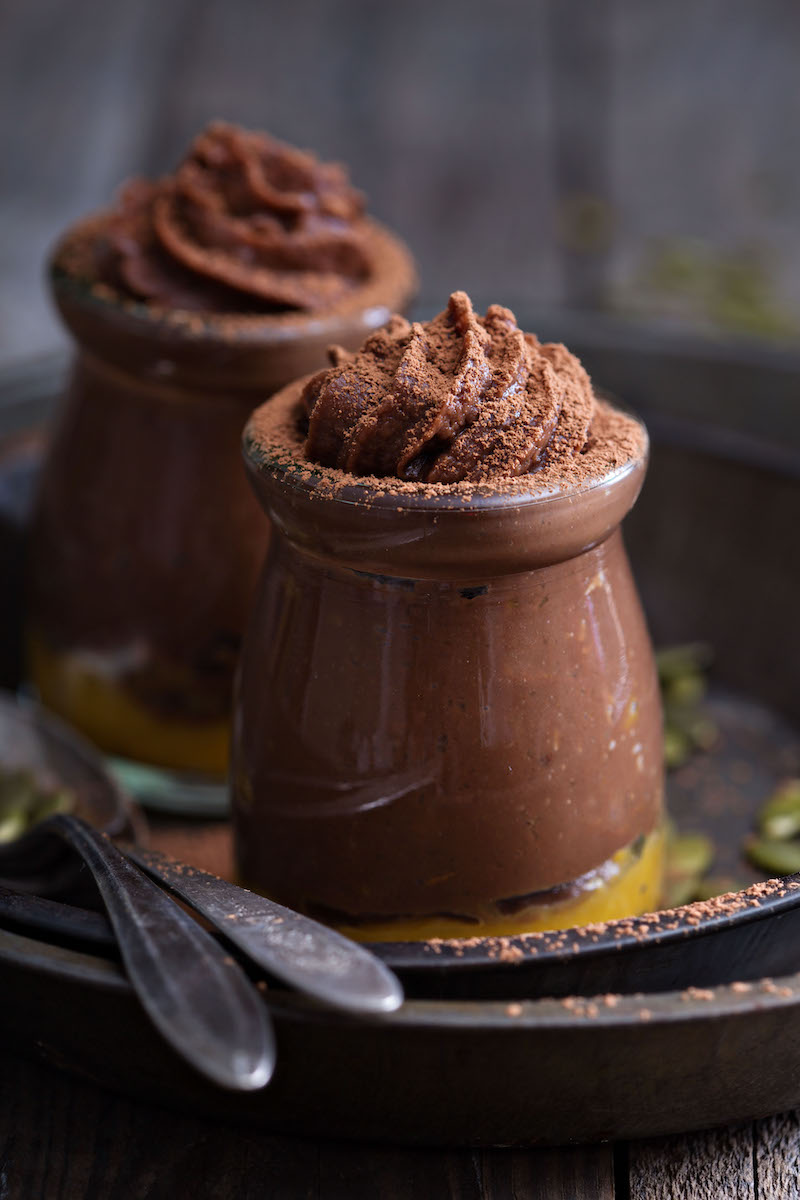 I have a secret: I didn’t learn to make chocolate mousse until I came back to the United States. A friend from Lyon (a city in central France) made this gorgeous, silky mousse for a casual weeknight dinner party. As soon as I sunk my spoon into the fluffy custard, I knew I’d be asking for the recipe by the end of the night. Told that it was a secret recipe from her mother, it wasn’t until my birthday that I was gifted a hand-written copy of the recipe.

While I won’t be sharing any secrets here, this version comes incredibly close. With just five ingredients and hardly any skills required beyond folding whipped egg whites into a silky chocolate custard, this mousse is bound to become a staple in your weeknight dessert arsenal.