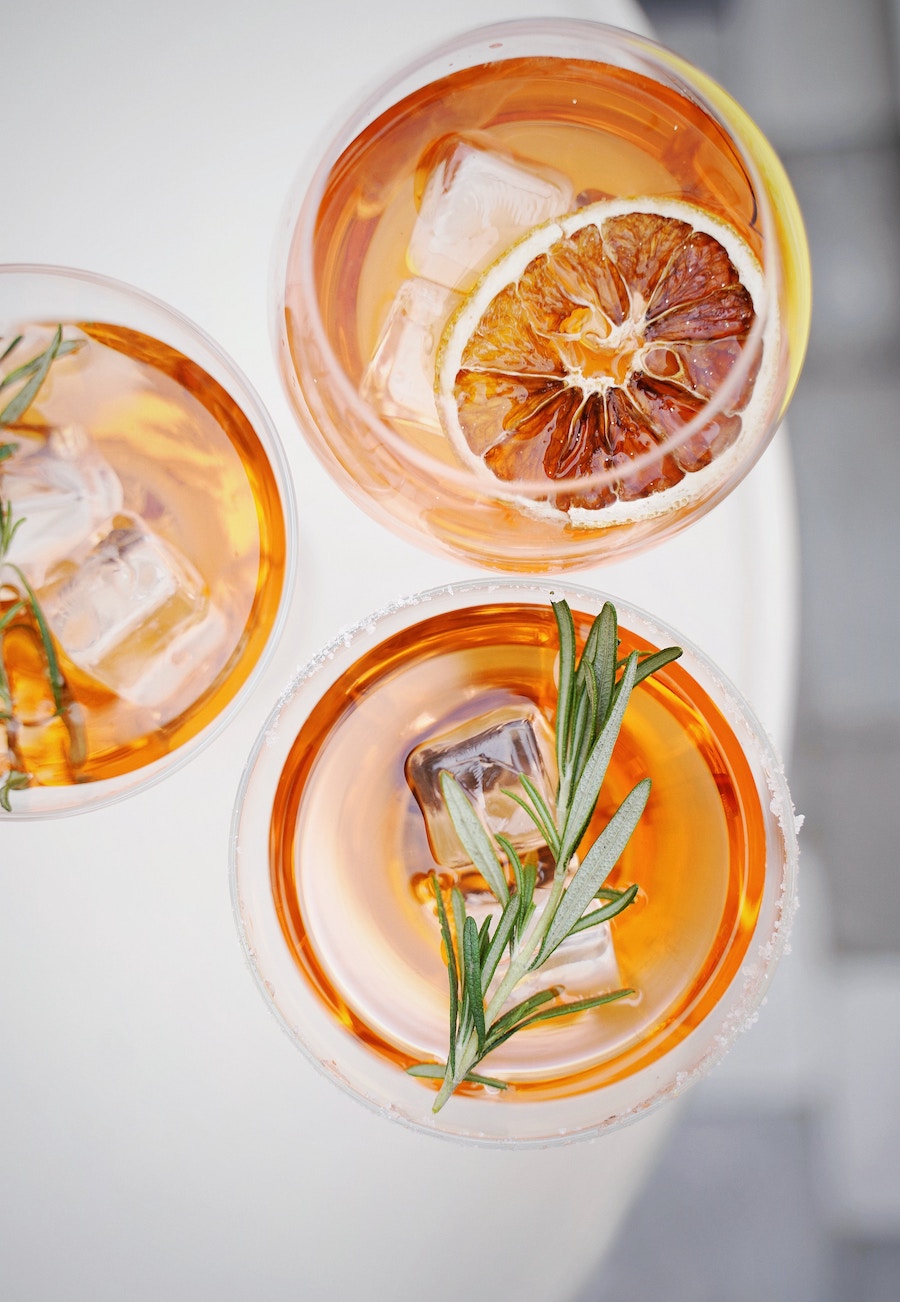 My 20s were full of one too many super-sweet cranberry vodkas and Cosmos — not because I loved them, but because I just had no idea what else I should drink. (I can’t fully blame Carrie Bradshaw for the Cosmos.) When I would attempt to order something like a gin and tonic, some female friends would look at my like I was crazy, and one even told me it was a “man drink.” Luckily I outgrew that phase of drinking the sweetest, “girly” drinks just because I felt I had to.

But it’s not that uncommon for people to stick with those tried-and-true cocktails out of habit, and just not knowing what else to order up when the bartender looks their way. 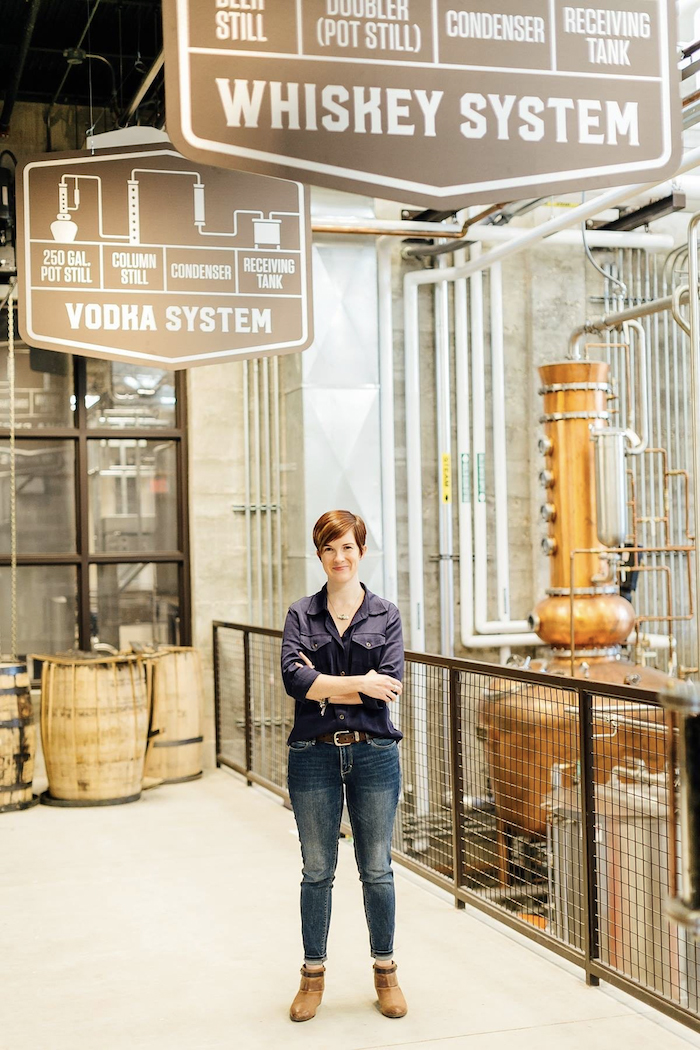 However, Alex Castle has a few drink suggestions you might want to consider. Castle is Tennessee’s first female master distiller, according to Old Dominick. The definition for a master distiller is pretty loose, but it typically entails understanding spirits production, handling quality control issues, and even developing new products. On any given day Castle does that and more.

Since starting at Memphis’ Old Dominick Distillery in 2015, Castle has noticed a few things when it comes to the relationship people have with drinks and what they order — or better yet, what they don’t order.

“A lot of people think most spirits have to have that crazy, light-your-mouth-on-fire burn, or that they taste like rubbing alcohol,” Castle said. “And fortunately, that’s not the case.”

Also, when it comes to women in particular, Castle has noticed a bit of a shift.

“For a long time. I would get negative reactions to any bourbon cocktail suggestion,” Castle noted. “If it wasn’t vodka or tequila, they weren’t interested. But consumers have become more adventurous and open to trying new spirits and cocktails. It’s definitely a fun time to be in the industry.”

Whether you want a healthier alternative to the saccharine sweet drinks, a way to impress your guests for your next gathering, or just a new-to-you alcoholic beverage to sip on, you’ll love one of the suggestions below.

Castle warns that you should absolutely clarify to your bartender that you don’t want a coffee, but a different type of Americano. “This Italian aperitif is a true classic and believed to have birthed the Negroni,” she said.

Consisting of one ounce each of Campari (Aperol’s bolder, more bitter sibling) and sweet Vermouth, then topped with soda water, the Americano is a drier style of spritz and a perfect alternative for fall.

No, rosé isn’t just for summer days — it’s actually a great pick year round and pairs well with a variety of foods. “Rosés can vary greatly in flavor and style, so it’s always good to specify your preferences when ordering, but you can almost never go wrong with a rosé from France.” Castle suggested that if you’re shopping for rosé, look for labels from the Provence or Bandol regions.

If you like white wine, try a whiskey Highball

“I know you may be thinking I’m crazy,” Castle said. But she assured a white wine actually has similar qualities to a whiskey, particularly that they both have refreshing and subtle flavors that pair well with many foods.

“The Highball is more than just a whiskey soda,” Castle explained. “When done correctly, it’s an exercise in finesse and intention with sublime results. The less ingredients a drink has, the less you can hide poor quality. I like my whiskey neat, but not everyone does. I would encourage women to try whiskey again, this time with more dilution to mellow the flavors. Often, it’s not actually the taste that turns someone off to whiskey, but the intensity of how it’s consumed.”

This one might throw your bartender for a loop, especially if you’re not on the West Coast. “Just ask if they can make you a margarita with tequila, lime, and agave nectar,” said Castle. This is a less sweet version of a marg since you’re substituting agave.

If you like a mojito, try a Honeybell and soda

“At Old Dominick, we offer a Honeybell-infused vodka that has no added sugars and captures the essence of the citrus’s botanical, fragrant zest.”

Besides less sugar, the drink is also less work — no muddling of a mint or lime necessary. Just pour the Honeybell vodka (or your fave citrus vodka) over ice and top off with soda.

If you like a Cosmo, try a New York Sour

This version of a whiskey sour has added depth in flavor by floating red wine on top. A quick tip? Castle said that if the option is given, say yes to the egg white, which gives an interesting texture to the drink.

“Even though the drinks have completely different ingredients, they have similar flavor components. The red wine gives a tart, dry compliment to the sweet and sour, much like the cranberry does in a Cosmo.”

If you want to whip up something unique for fall, try a Memphis Toddy and apple cider

This is a drink you probably won’t see everywhere, but if you mix this up at home or for Friendsgiving, your guests will definitely ask for the recipe.

Old Dominick Distillery serves up its own Memphis Toddy (an infused bourbon recipe that dates back to the 1880s!), that has layers of spices like cardamom, clove, and cinnamon with citrus and honey. When served with warm apple cider, Castle calls it “fall in a bottle.”

If you can’t get your hands on the Memphis Toddy from Old Dominick, Castle suggested using your favorite bourbon or rye whiskey and a cinnamon stick.

While you have these amazing new drink selections, Castle has a suggestion for what to do when you try something new and just don’t dig it. “Definitely talk to the bartender about what it is you don’t like about the drink they served you. A good bartender will be able to tweak the drink to your liking, maybe with a little less sugar or more citrus, or maybe they’ll even decide they used the wrong brand of spirit for you.” Instead of writing a drink off completely, give it a shot again. And if you don’t like it, at least you stepped out of your comfort zone.

What is your go-to drink order? Which of these drinks are you most excited to try?