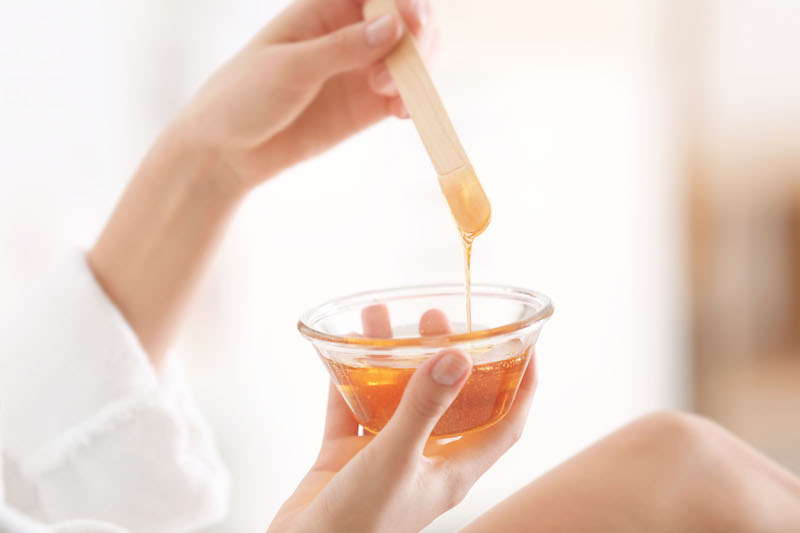 As we all know, being a woman is expensive. Even the most basic rituals of self-care are expected to set us back probably more than we would like. From hair appointments and nail maintenance to some elaborate CBD-infused cleansing oil, there’s always a price tag attached to looking your best. However, if you’re like me — a financially-conscious 20-something living in a big city — and have always had a knack for beauty (specifically DIY endeavors), you are probably no stranger to the thrill of turning your tiny bathroom into a full-service spa.

It all started in college when I was too broke to keep up with the beauty treatments I had convinced myself I needed to stay pretty (ahh, the insecurities of youth perpetuated by unrealistic beauty standards). So, in an effort to save money and keep myself looking the way I wanted, I took to educating myself about the treatments and concoctions I could do for and by myself. After years of honing my amateur esthetician craft, it eventually paid off. So much so, that by the later years of my college experience, I would be the go-to hair, makeup, and eyebrow girl for pretty much every friend before a Saturday night out. Fast forward to today and I can mimic a smokey eye just by looking at the picture, know practically every honey-based face mask on the internet by heart, and continue to cut and highlight my own hair after doing so for about five years.

So, when it came to attempting to wax myself, I wasn’t too worried. I mean, I had been to the salon countless times in the past to get everything from a full Brazilian to my underarms waxed, so I was pretty much immune to the pain (or so I thought). The one caveat, of course, being every time I would spend a lot of money only to rebook an appointment four to six weeks later. When my most recent monthly appointment rolled around, I had decided that I’d had enough, telling myself I was fully capable of doing whatever I was paying them to do in the comfort of my own home for a fraction of the cost (the same revelation I have had many times in the past). So, I canceled my appointment and decided I would add waxing to my repertoire of DIY beauty habits.

So, when it came to attempting to wax myself, I wasn’t too worried. I mean, I had been to the salon countless times in the past to get everything from a full Brazilian to my underarms waxed, so I was pretty much immune to the pain (or so I thought).

I eagerly went to the pharmacy, where I took my time perusing the at-home waxing options. I read every Nair, Veet, and knock-off brand of potted wax I could find. If I was going to do this, I figured I was already saving money by forgoing the salon, so I could spend a little more on a nicer wax that wouldn’t irritate my sensitive skin — and it still would not be nearly as expensive as getting waxed by a professional. I settled on an organic low-heat sugar wax that came with a plethora of waxing strips (necessary for the anticipated learning curve) and even an after-wax soothing cream. Plus, there was enough wax that I could store it in my bathroom and reuse it for several more months.

When I got home, I acted as if I was going to a regular waxing appointment at the salon. I body showered and exfoliated, forgoing any self-tanner or body lotion, and tied my hair in a slick bun to avoid any wax mishaps. Like any good self-taught beauty guru knows, the first time you experiment with something, you choose a safe area. For example, I didn’t just start out balayaging my whole head. Instead, I started by taking a small section of hair underneath and practiced my technique on the least visible parts. So, with my first attempt at waxing, I decided I would start with my legs and save the more sensitive areas for when my waxing strategy had already proven successful. Plus, with leggings season in full swing, my legs were ideally suited to be waxed. I laid my largest clean towel down on the bathroom tile and read the directions. They were pretty straight forward and went something like this:

Easy enough. And again, I had seen the woman wax my legs many times in the past and I figured the only difference would be that I was pulling the strip off my body instead of somebody else.

I was so wrong.

I sat down on the towel and extended my soon-to-be-smooth leg as I dipped the mini wooden spatula in the wax. Immediately the wax started dripping off the spatula, so in an effort to not ruin my towel, I quickly began applying a liberal amount to my shin — a jagged line from my ankle to my knee. Already, I could tell my at-home waxing experience would be different than my pampering salon one.

Already, I could tell my at-home waxing experience would be different than my pampering salon one.

The wax was hot, despite having been marketed as a low-heat wax and only heated for 30 seconds. It didn’t feel like the balmy wax I was used to; it felt hot and uncomfortable as it pulled on my hair when I was spreading it on. It was thick, lumpy, and was not smearing on my leg as smoothly as I had anticipated. Suddenly, I knew this was not going to be as good of an idea as I had previously convinced myself. But channeling my inner beauty goddess, I told myself I had already come this far, and I was merely psyching myself out. Plus, how could I get rid of a thick, goopy strip of golden hot wax on my leg without ripping off the strip? I took a deep breath and reached for the long waxing strip and rubbed onto the thick wax, making sure that the strip firmly adhered to the wax.

Channeling my inner beauty goddess, I told myself I had already come this far, and I was merely psyching myself out.

I don’t know why, but when it came time to pull the strip off of my leg, I couldn’t do it. I was paralyzed with fear. Fear because I knew it would hurt. When somebody else is responsible for ripping off the waxing strip, it’s already over before you can have time to even mentally prepare, something I didn’t realize was a blessing in disguise. As I sat on the bathroom floor, I stared at my leg with the strip stuck on there, and the longer I stared at it, the more I didn’t want to rip it off. After about seven minutes that felt like seven hours, I told myself that I just had to yank it off, like a bandaid right? Wrong again. Once I mustered up the courage, I pulled the strip off halfway before stopping. The pain was intense. This part definitely did not mimic the salon. The surge of pain that came after pulling the strip up just halfway was way more than I thought.

Then, the swelling came.

The portion of my leg where I had pulled the strip had been begun to seriously swell… swell and bleed. OK, this I had not anticipated. There was an overwhelming stinging sensation, and my leg was hot to the touch. At this point, I have a half swollen/bloody shin with the remainder of the wax strip dangling from the upper part of my leg where it was still attached. This was my breaking point. I turned on the shower and began to wet my leg to try and dissolve the wax. The warm water on the hard, hot wax along with the exposed part of my sore leg only exacerbated my pain. Now, I really had no choice, so I clenched my jaw and ripped the rest of the strip off my leg. I looked down at my tender skin — it was bloody, swollen, AND STILL HAIRY. While the wax may have ripped off a layer of my skin, it didn’t remove any of the intended wisps of leg hair.

While the wax may have ripped off a layer of my skin, it didn’t remove any of the intended wisps of leg hair.

My bathroom looked like a wax war scene. It was everywhere: the floor, my hands, my towel, the shower. I quickly gathered the supplies and threw them into the trash, vowing I would never wax myself again. I did, however, recognize the silver lining: the foresight I had not to experiment with, say, my bikini line (could you imagine…).

While I am still a firm believer in the benefit of DIY beauty treatments, waxing is something I would (highly) not recommend you do yourself, unless, of course, you’re a trained professional. If I have learned anything from my wax disaster, it is this: if you cut corners financially with some beauty treatments, allow yourself to splurge on others you enjoy because while it may add up, a bloody, swollen shin and a broken ego are the farthest things from self-care.