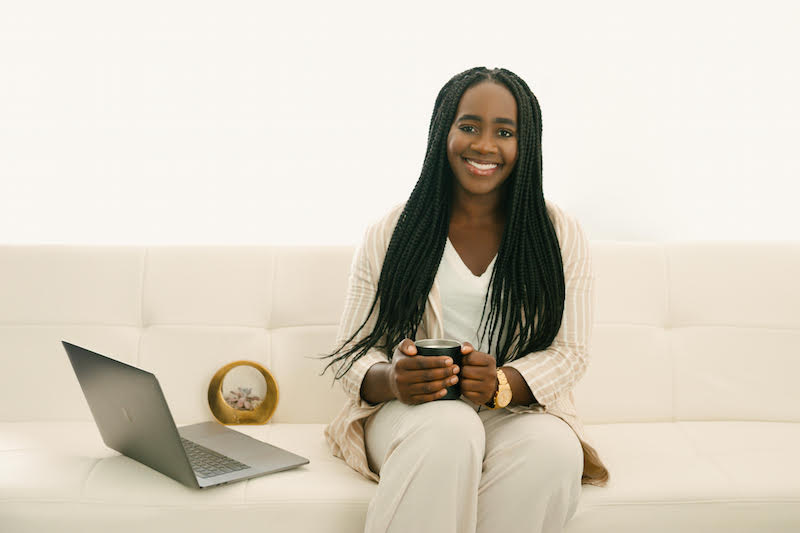 TONL is one of those companies we can’t believe didn’t exist a couple of years ago. But thank goodness it’s here now! In what has traditionally been a pretty non-diverse space — the creative and online blogging arena, Karen and her business partner Joshua are changing the game, creating beautifully styled, yet real-world stock photography, filled with diversity in skin color and in culture.

Sitting down to brunch, we chatted with Karen about how, even for something as simple and widespread as baking and cooking accounts online, we rarely see black or brown hands holding the whisk or the bowl of salad. TONL is out to change that! Read on to learn about how and why TONL began, where Karen sees it going in the coming year, and her advice on starting a company with a business partner.

What was your first job out of college and how did you land it?

Your latest business venture is a company called TONL, which is really changing the game in terms of diversity in visual content. Can you talk more about it and how it came to be?

One of my first business ventures was a blog I started with some of my sorority sisters after college. It opened my eyes to the fact that it was really, really hard to find stock images online of People of Color. A few years later, I met my current business partner Joshua through a mutual friend (his now fiancé, Mekdes Merhsa). Joshua happened to be a really talented photographer with a creative agency called Street Etiquette. I shared the idea I had for TONL with him, and I actually suggested that he start the business, but he only wanted to do it if I did it with him, and I wasn’t quite ready.

Seven months went by, and unfortunately a lot of tragedies happened in the black community — including the shooting of Philando Castile and Alton Sterling. I was visiting Joshua in New York, and he started talking about how it was really the right time to take back our narratives. It was a time when the media was portraying black people negatively, and we knew that they were valuable human beings with valuable stories, and wanted to be able to show that. We started piecing TONL together a few months later in September. We did a SWOT analysis, assessed other important factors to properly launch, and that’s essentially how TONL began. 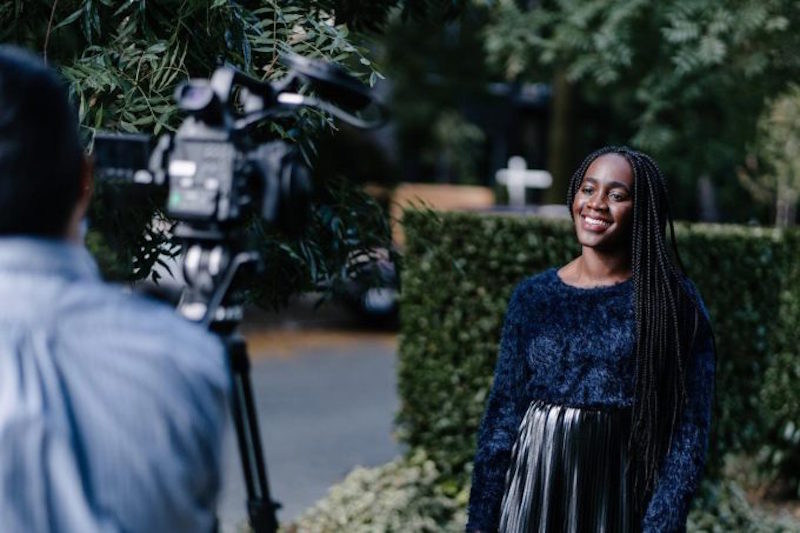 Does TONL have a mission and values? What are they?

At TONL we are seeking to transform the idea of stock photography by displaying images of diverse people and their stories around the world. We believe voices and visibility matter and that photography and storytelling can help humanize and hopefully diminish the stereotypes and prejudice against black and brown people, especially. We wanted to challenge the stale, homogenous look of traditional stock photography by showcasing the many ethnic backgrounds of everyday people.

What kinds of clients have you had? Who buys TONL photos?

We’ve had a lot of really awesome clients, besides just small businesses or creatives. We’ve worked with organizations like the Urban Indian Health Institute, and big companies like Google. We just did a big project for their Chromebook products. We’ve also had clients that include POPSUGAR, JOPWELL, OkayAfrica, Sundial Brands, and more. 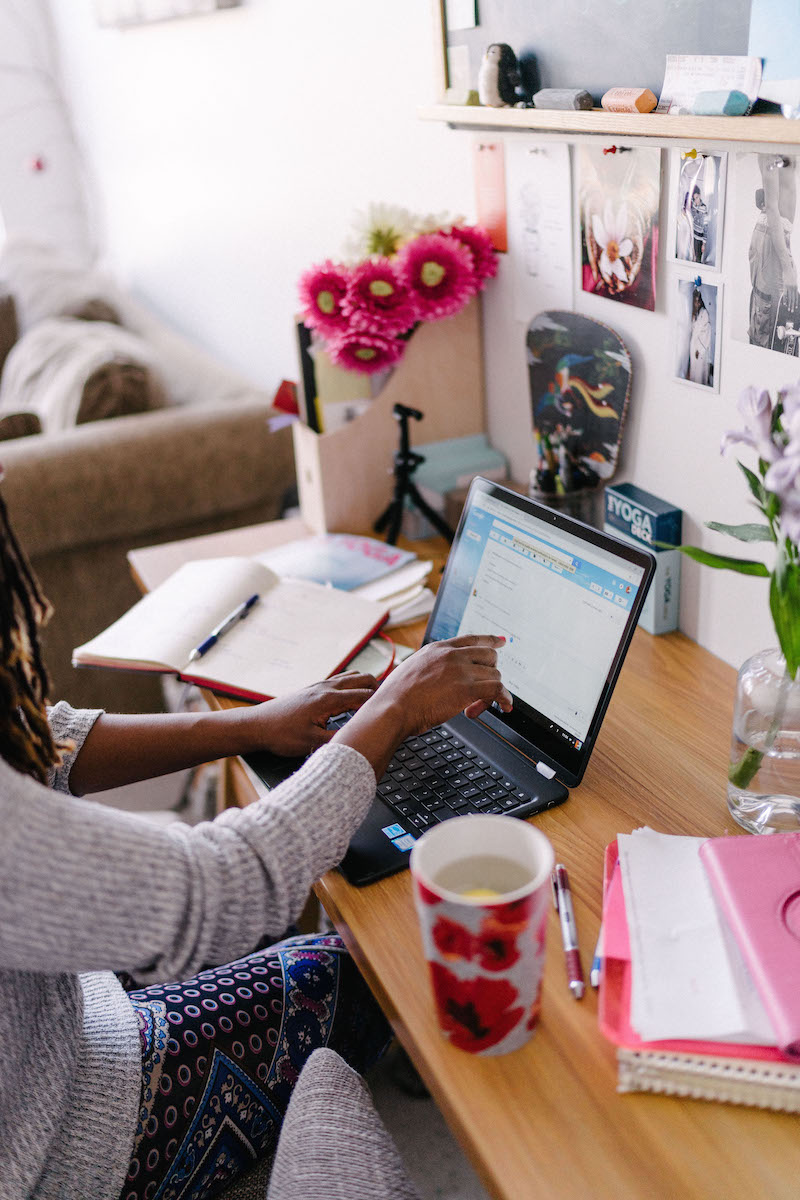 What’s one of your favorite projects TONL has done?

One of my favorite TONL photo projects was with the Urban Indian Health Institute (UIHI). UIHI reached out to us because they wanted to get imagery showing the American Indian and Alaskan native community in a positive light. Most imagery of American Indians and/or Alaska Natives is very stereotypical or there really isn’t imagery of their community in the first place. We did an entire photo collection. It was so powerful and it was so amazing going around Seattle photographing Natives in their everyday lives.

You’ve called yourself a serial entrepreneur. What are some of the other businesses you’ve founded, are any still around, or why did they not work out?

One of my first businesses was a blog called Sorority Secrets — everyone always thinks I started it while I was in college, but it was actually a little after I graduated. I started it with two other women, my sorority sisters. We wanted to showcase sorority women behind the sorority stereotypes and talk about where sorority women shopped, their beauty secrets, what their tips and tricks were on life. This site is no longer around because us founders ultimately decided to go in different directions. I also have a business called Her Big Day, a cultural wedding and fashion website that connects brides to vendors specializing in multicultural weddings. And I have a party planning business called Party with a K and still work with clients through that. It’s a passion project, but makes money! 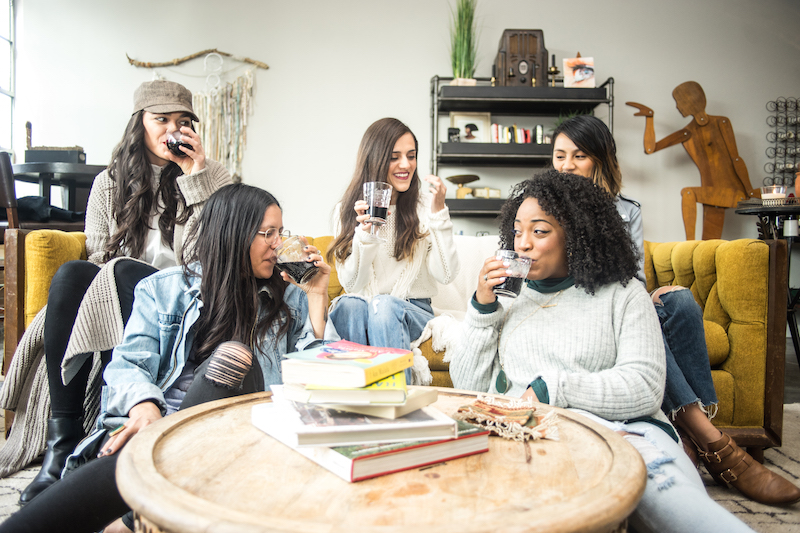 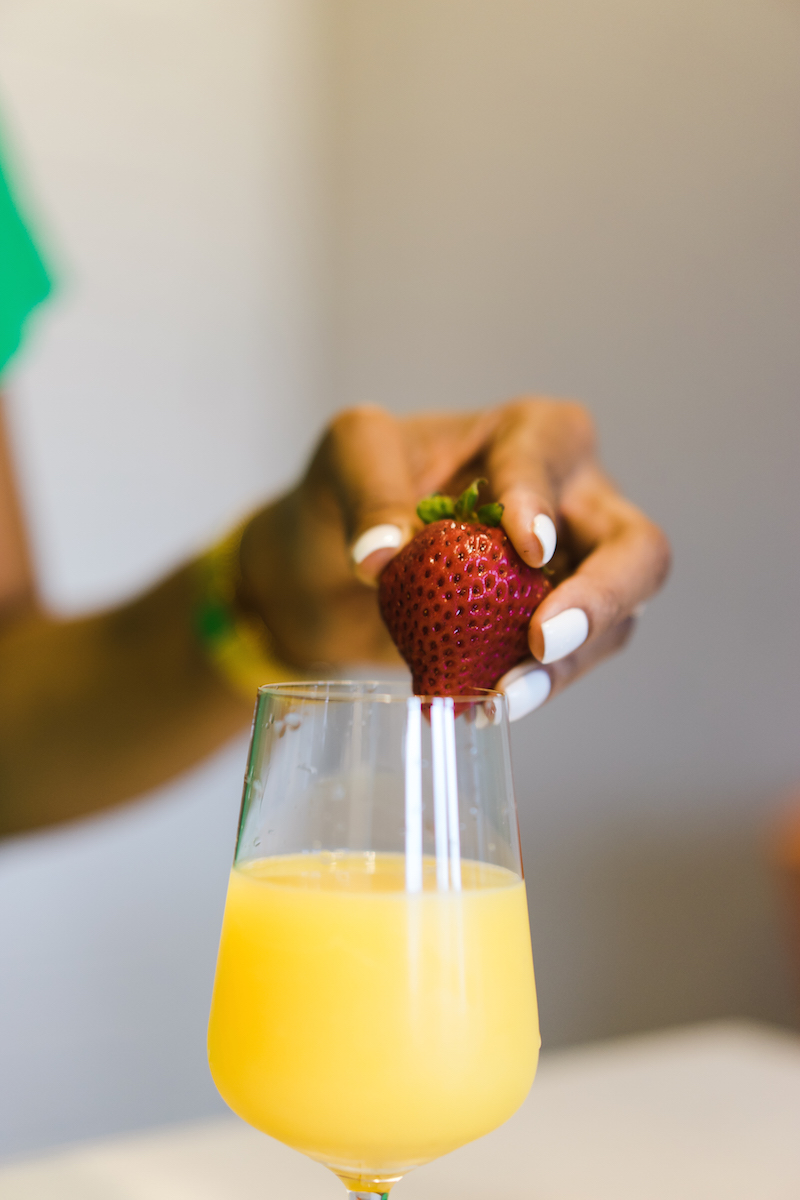 What kind of skills from your day job in medical sales helps with TONL?

I believe every person who wants to work for themselves should start in corporate America. You need to know what it feels like to be an employee, because you’ll have employees. It’s useful even just to learn about the documents you’ll need to have on file, trainings you need to do for people, etc. It also teaches you professionalism and how to present. All of those things have been instrumental in helping with what I do now with TONL.

What does the team at TONL look like right now?

It’s really important to create an infrastructure where everyone feels like they are being fairly compensated. 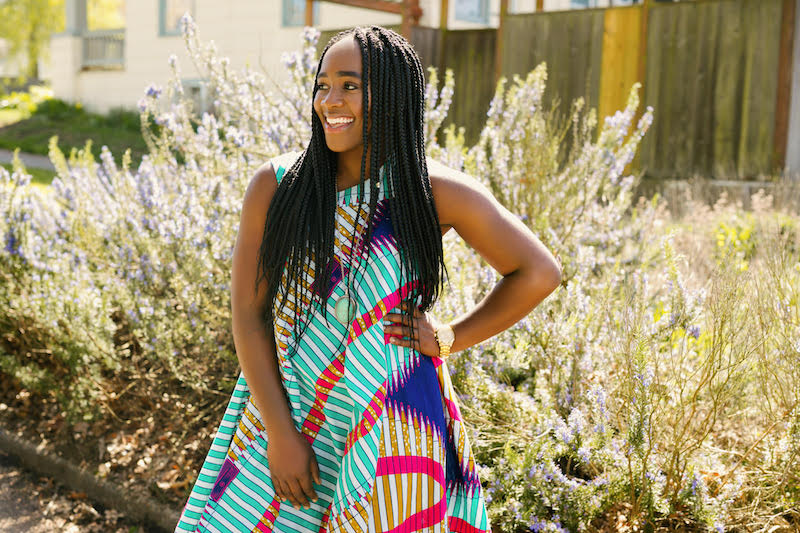 What’s advice you’d give someone starting their own business?

It’s about putting yourself out there and never taking no for an answer. You have to keep talking about it — that’s how people will learn about your company and what you’re doing. And also, create your own opportunities and find contacts in places people don’t necessarily look — for example, the customer complaint section of a website is once how I wrote to someone at a brand I wanted to be an ambassador for, and they hired me!

What is the best advice you’ve gotten in being a business owner/entrepreneur?

Know your why. Why you want to start your business, why you want to do something. If you’re not connected to something bigger than yourself, you’ll want to quit as soon as it gets hard. My best advice is for anyone wanting to start a business — ask yourself why you want to do it, and it has to be for more than just money. I talk more about this via my online FREE Business Tutorial called Karen’s Thoughts. 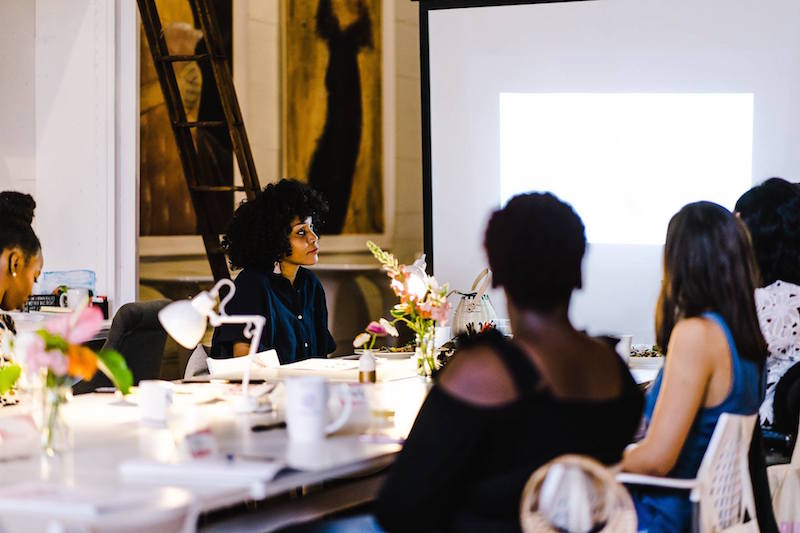 What’s your advice for starting a business with someone else?

When you go into partnership with someone else, make sure their why is in alignment with yours. For example, with one of my first businesses, two of us had one direction we wanted to take the business while the third person’s why didn’t really align with ours. It ultimately didn’t work out.

How do you see TONL growing in the next five years?

I hope in the next year TONL is something I can work on full time. I see it being the premier diverse stock photography business and really the gold standard when it comes to imagery showcasing diverse people and different cultures.

What advice would you give to your 22 year old self?

I would tell my 22 year old self to not be so invested in Corporate America — jobs are not a form of job security. Fly under the radar and build your empire on the side. 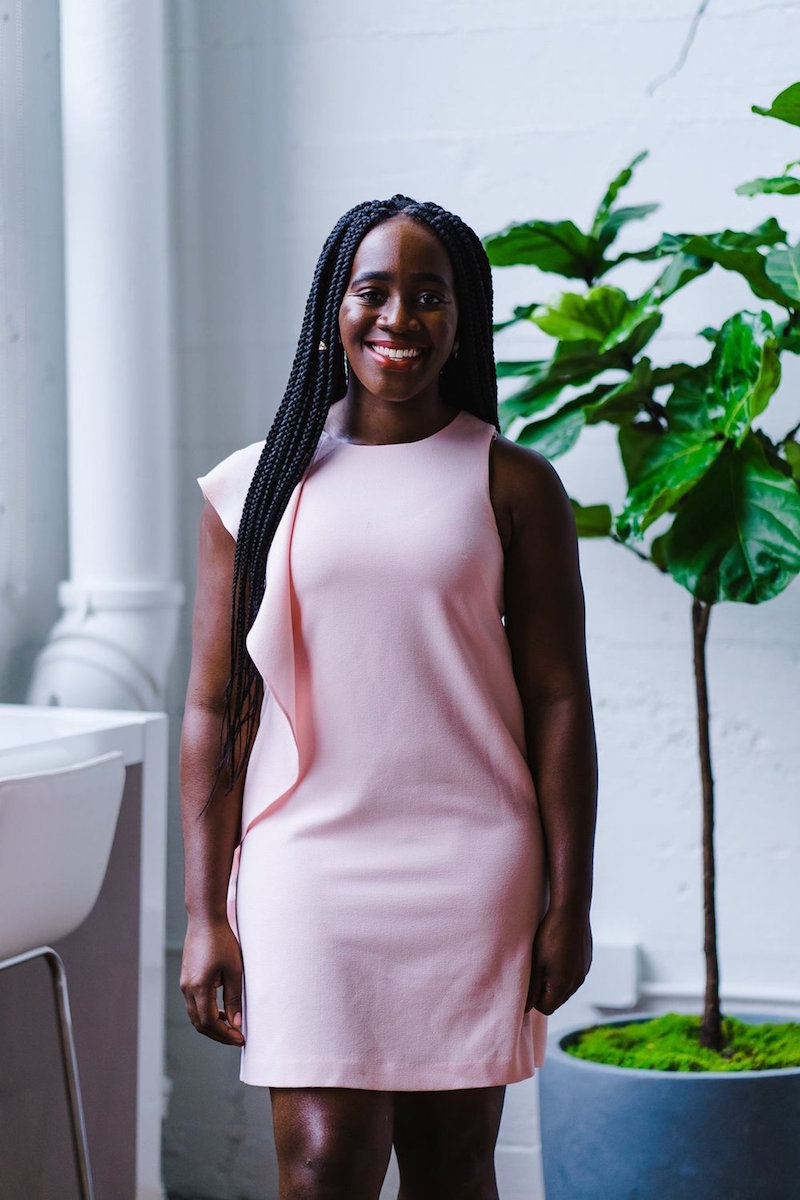 Karen Okonkwo is the Everygirl…

Favorite city to visit?
Paris, France — I’ve gone every year for the past five years

Something that’s making you happy right now?
Knowing that the end is near for working for corporate America and being almost ready to go full time with TONL

Best way to relax after a long day?
Sit on couch and read

Current reads?
The 7 Habits of Highly Effective People, The Compound Effect, How to Win Friends and Influence People

If you could have lunch with any woman, who would it be and why?
Oprah – Oprah is, has, and will always be my number one woman of influence