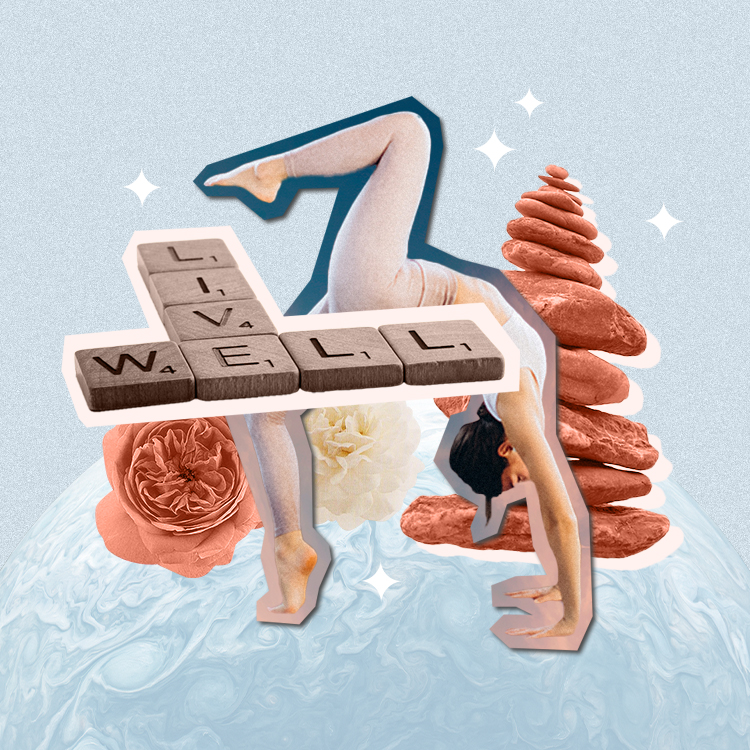 From 30-second TikTok videos to Lizzo swearing it’s her secret for success, manifestation is certainly having its moment. And after a few years of feeling so out of control, it only makes sense that a practice that helps you feel more in charge of your own life would be trending (even above #fetapasta and #dogsoftiktok, thank you very much). But with all the extra noise, the actual principles of manifestation have been misunderstood or misconstrued along the way. So whether you’re a skeptic, die-hard fan, or just a little intrigued, I set out to do my research, poll the experts, and bring you only the truth of the Instagram-loved practice promising to transform your life.

First of all, let’s get out of the way what manifestation is not: It’s not a quick fix, it’s not magic, and it’s not an easy way to get a Chanel bag (if I see one more TikTok about manifesting expensive material things…). Now that we have that out of the way, read on for what manifestation is and the tangible steps that just might attract your very best, happiest, most successful life.

While it’s currently trending on TikTok, manifestation is nothing new. It’s been the subject of dozens of bestselling books (namely The Secret and The Law of Attraction Made Easy) and has been praised by thought leaders like Oprah and Deepak Chopra. But even before Oprah or the New York Times Best Sellers list, principles similar to manifestation have been used in spiritual and philosophical practices for centuries, from transcendentalism to Hinduism. The law of attraction itself was originally theorized by 19th-century spiritualist Phineas Quimby. In other words? This sh*t has world religions, historical figures, and hundreds of years to back it up.

To keep it simple, the basic premise of manifestation is turning thoughts into reality, but it’s not just about wishing and thinking it will come true (this is not a Cinderella story!). Manifestation is about using actions, emotions, beliefs, and habits to create your own reality. Since it became more mainstream, many people mistake manifestation for wanting something, but manifestation is less about wanting and more about creating, knowing that you are the creator of your own life. Intentional manifestation requires effort to de-program what’s no longer serving you and take action on what will.

Also, while manifestation is considered to be a practice, it’s something we’re doing all day every day, whether we’re aware of it or not. According to the law of attraction, what energy you put into the world is what you get back (even if it’s subconscious), so the practice of manifestation is just about being more intentional with how we’re creating our own lives.

1. Allow yourself to daydream more often

A basic first step to manifesting your dreams is actually just allowing yourself to do more of what you used to do as a kid. In our stressful, busy lives, the majority of our thoughts are spent worrying about what might happen or making to-do lists for what needs to happen. We very rarely use our brainpower to get excited about what we want to happen. So the first step in manifestation is reminding ourselves that our lives are not just meant to be mundane to-do lists or routine schedules, and there are limitless possibilities for what our lives could be. To put this into practice, allow yourself time to daydream about what you want out of each bucket of your life (career, relationships, travel, etc.), just to get excited about life’s possibilities. Also, wake up every morning thinking about all the good things that could happen that day and what you want your day to look like (look—you’re already manifesting!).

2. Get clear about what you want to manifest

I repeat: Manifestation is not just thinking about what you want and hoping it comes true. The action is the most important part. Expressing your goals looks different to everyone, whether it’s journaling, speaking your intentions out loud, visualizing your goals, or creating a vision board, but no matter how it clicks for you, express exactly what you want to begin putting into reality. Consistency is also important, so put your vision board somewhere where you will see it often or spend every morning meditation visualizing your goals—it will keep your manifestations at the front of your mind. Also, take ownership over what you’re manifesting. Start telling friends and family that you’re working on healing your symptoms or that 2023 is going to be the year that you hit your career breakthrough—taking ownership of and expressing your wants are what turn them into goals instead of just wishes.

4. Make a list of action steps you can take right now

Most people know about the law of attraction, but there’s also a crucial law of action. Manifestation is not magic—your actions form your reality, and the way you put your manifestations into practice is what brings results. Take some time to go through your list of goals and think about what steps you need to get there. For example, if you want a more fulfilling career, do you need to update your resume, network more, or take a class?

If you’re unsure about what action steps will get you toward your goals, think about what “future you” would do. For example, how does “future you” act to other people, what is their morning routine like, and what do they wear to work? Even the smallest details of how we visualize our highest self behaving can provide insight for how we should be acting right now. In other words, acting like the person who has already reached those goals helps you become that person.

It may sound counterintuitive to achieve what you don’t have by being thankful for what you do have, but gratitude is a crucial part of manifestation that many people forget about. The law of attraction says that when you’re in a lack mindset (or focused on not having enough, whether it’s money, love, friendships, etc.), you will only continue to have a lack of it. Shift into an abundance mindset by focusing your energy on what you do have (gratitude!), which will help attract more of that good thing. Yes, you can focus on what you want without focusing on what you don’t have. For example, if you want a more fulfilling career, feel gratitude for the passions or experience you already have and visualize what your dream career is like, but don’t waste energy feeling down about how your career is lacking right now. Try regular journaling or making lists of what you do have, which will attract even more to you.

6. Let go of beliefs, habits, routines, and relationships that are holding you back

Just like the lack mindset, negativity, fear, self-doubt, and bad habits are all potential roadblocks in your manifestation practice. Because you manifest what you give energy to, you might subconsciously bring negative things to reality as well. For example, telling yourself you’re not good enough is literally manifesting you not being good enough and not achieving that goal. Pro tip: You may want to work with a therapist on this step, as part of the “letting go” might require healing of past traumas or getting rid of habits you are not sure how to get rid of.

Start by making a list of every thought pattern or habit that might be holding you back, and think of how to replace each one with a better habit or affirmation. If you feel drained or uninspired because you spend every work break scrolling through your phone, replace that habit with something that will energize and inspire you, like going for a walk or reading. And every limiting thought (“I’m not good enough”) can be replaced with a more intentional, positive affirmation (“I deserve this”).