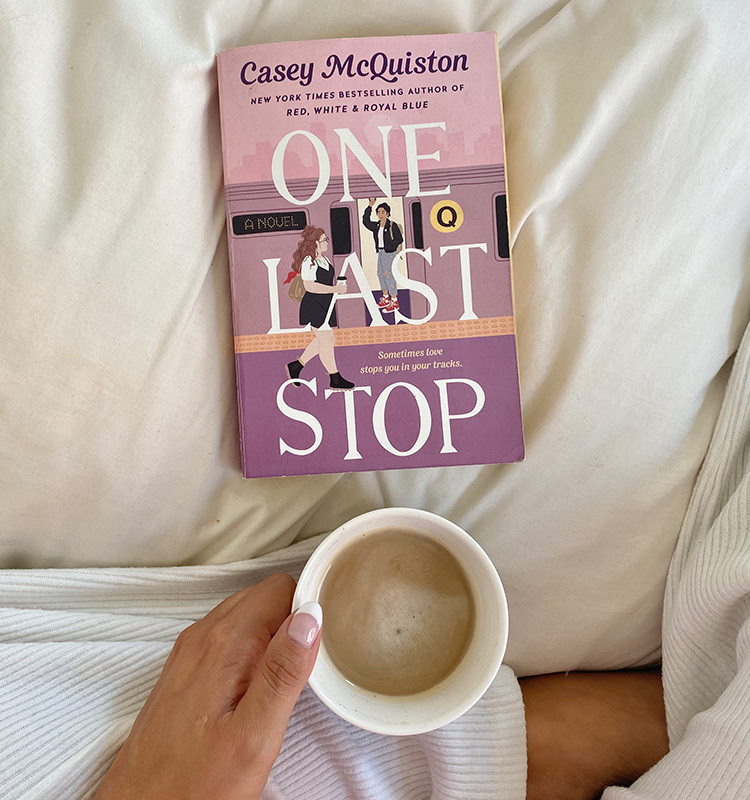 Source: Elizabeth Gillette for The Everygirl

After placing the book I’ve been seeing all over BookTok on hold at my local library and waiting literally months, I finally got my hands on Casey McQuiston’s One Last Stop, the novel that has quickly secured a place in my—and many other book lovers’—hearts. A love story meets sci-fi tale, the story follows two women, August and Jane, who just happen to be at the right place at the right time and fall in love on the NYC subway (if only my train rides were that romantic).

I lived vicariously through the spunky yet shy protagonist, August, who has a thing for tough-on-the-outside-but-soft-on-the inside Jane as soon as she sets her eyes on her. However, while dreamy, Jane also has a secret: She can time travel, and August, as well as her quirky roommates, set off on a mission to help Jane remember her past and get back to the ’70s. Now, I realize that a budding romance between a 2020 college student and a hippie who doesn’t know how a cell phone operates sounds crazy, but in this story, McQuiston just makes it work.

Last year, I made a resolution to read more works by queer authors, with love stories that actually represent my own relationships, and this book did not disappoint. This is a rom-com everyone should read. It’ll have you falling in love with the characters, finally reading about accurately portrayed LGBTQIA+ experiences, and sweating over the few hot and heavy moments sprinkled throughout. At its core, this isn’t just a love story; it’s a celebration of LGBTQIA+ pride, and everyone, queer or not, is invited.

Here’s your spoiler-free review of One Last Stop and why I can promise you that this will be one of the best rom-com books you’ll ever read: 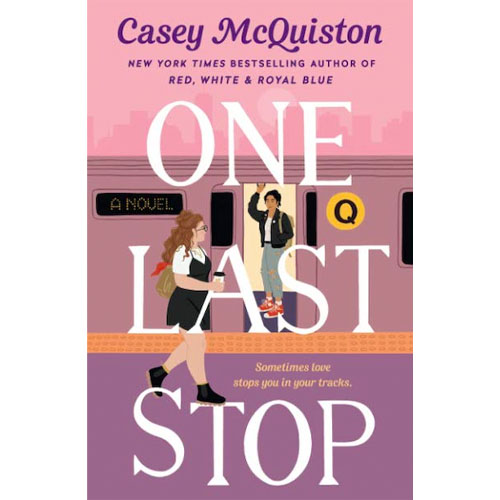 When August meets Jane on the subway, she immediately develops a crush. There's just one problem: Jane is literally displaced from the 1970s and August has to help her get back.

Have you ever read a so-called rom-com and finished the book, only to realize that the protagonist’s relationship is borderline toxic? Yeah, I’ve wasted my time reading those kinds of stories too. The good news? August and Jane’s relationship is a heartfelt, you-can-sense-the-chemistry instance of friends turned lovers—which, by the way, is much more realistic than the enemies to lovers trope that runs rampant in rom-coms nowadays. From the moment they meet to August attempting to jog Jane’s memories from the ’70s, you can see that the two genuinely care about each other and understand what it means to make sacrifices for someone you love.

August and Jane’s relationship is explored throughout the entire novel, leaving you wondering what next step or challenge they’ll face with every turn of the page. Without giving anything too major away, let’s just say that August and Jane’s meet cute was Jane helping August clean up a coffee spill (kind of subway adorable, if you ask me), so they already know how to handle messy situations.

And of course, once you get past the buildup to a steamier romance, McQuiston gives us what we want with beautifully written sexual tension. While most of the book is pretty tame, there were some moments that were more, ahem, explicit—and wow, with every reminder of Jane’s abundance of confidence and cool girl tattoos, I was falling for her too.

As someone who is bisexual, I was ecstatic to find out that August is also bi and even happier to see her own her bisexuality. I’ve grown accustomed to having other people, inside and outside the LGBTQIA+ community, make judgments and assumptions about my sexuality when I’m in a relationship. However, commitment does not equate to having a “preference” or stronger attraction toward one gender, and, though her relationship with Jane is August’s only connection, her identity as a bisexual woman remains strong.

We see August grow from a shy individual to a strong woman who takes control of her own bisexual experience, even correcting a man on the train who refers to her as a lesbian by responding, “Actually, I’m bisexual.” It’s a small scene, but man, it’s a powerful one. I felt seen, I felt heard, and I felt good knowing that other readers who are bisexual or questioning can see this and know that being in a relationship with someone of the same sex doesn’t make you more or less bisexual.

Is it just me, or does every “LGBTQIA+-friendly” movie or TV show depict only a couple of characters who are in the LGBTQIA+ community and straight-wash the remainder of the cast? The best thing about McQuiston is that she understands tokenism and makes a point to build a story with dynamic characters from a multitude of LGBTQIA+ backgrounds and identities.

Let’s take August’s roommates, for example. Not only are Myla, Niko, and Wes the loyal and splendidly sarcastic people you can only wish to have as roommates, but they also happen to be LGBTQIA+ allies and members of the community. While their identities are briefly mentioned in the story, they have depth, backstories, and instrumental contributions to the plot. We finally have LGBTQIA+ characters who have traits other than just their sexuality.

Not only is representation important, but including plot points to break down LGBTQIA+ stereotypes is also much needed in modern literature. Winfield, one of August’s impressively social coworkers, is a man who does drag and is in a heterosexual relationship. Dressing up as a drag queen isn’t only for men who identify as gay, but often times, only gay men are depicted as performers. Winfield breaks the stereotype and challenges gender norms, all while having a supportive girlfriend. I’m here for it, and you should be too.

Found Family is a Refuge

I would argue that the concept of found family, or having a close or familial type of relationship with people who you aren’t related to by blood, represents the experience of being in the LGBTQIA+ community like no other. In a society that often rejects LGBTQIA+ culture or doesn’t always think to include different perspectives, forming a friendship with others in the community as well as allies can help you finally feel like you belong.

Even within the first few pages of the book, you know that August’s roommates understood the importance of inclusion, searching for a roomie who “must be LGBTQ+-friendly.” Small details like this, which allude to the reality that not all people are going to be accepting, show readers that no matter what, there are people out there who advocate for inclusion and acceptance. We get to laugh along with and learn from a judgment-free family that also happens to dish out the dirty details of their romantic lives, which is entertaining and is the friendship we all want to have.

A couple of years ago, I read McQuiston’s debut novel, Red, White & Royal Blue, and thought it was one of the best rom-coms I ever read. I was overjoyed that I had finally read a romance story with a same-sex couple that seemed realistic—or at least as realistic as an imagined relationship between a president’s son and royalty could be. Now, One Last Stop is my top recommendation for books in the romantic comedy genre, not only because I finally lived through another bisexual woman’s romance story for the ages, but also because this was just a feel-good book.

I can’t talk too much about the plot and the mysteries of Jane’s time-traveling phenomenon without spoiling it, but there were definitely a lot of moments that kept me guessing and even tearing up at one point. Give this book a try, and I swear you will not be able to put it down. Each page of the book made me laugh or warm up to a character even more, and if you’re up for a little cheesiness mixed with good old-fashioned, blush-inducing spiciness, this will be a treat.

August and Jane have the romance we all want someday. Myla, Niko, and Wes are the friends you’re lucky to have met. And everything else? Basically, in a world where not everyone can understand you, this book is home. Your next stop? Well, it better be your bookstore or library.

When August meets Jane on the subway, she immediately develops a crush. There's just one problem: Jane is literally displaced from the 1970s and August has to help her get back. 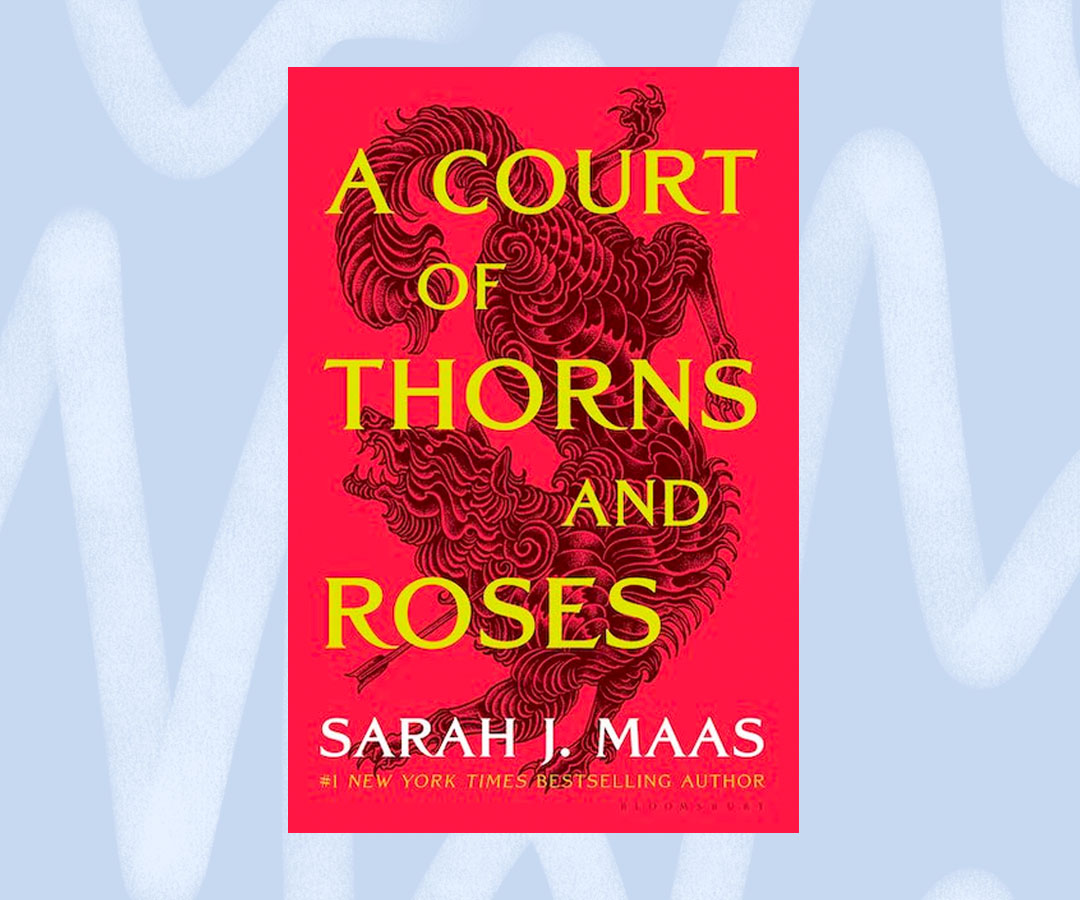