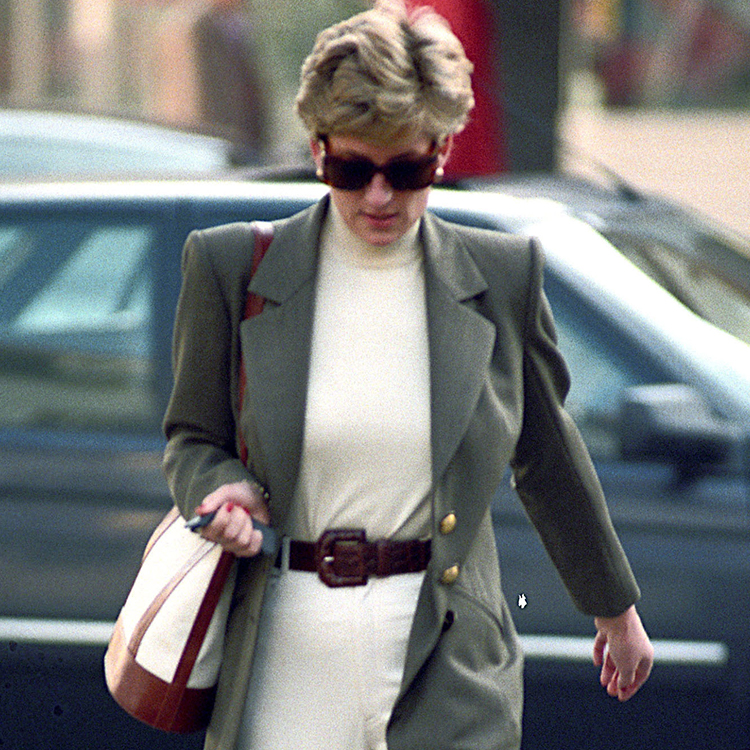 There were a lot of great style icons throughout the 20th century, but arguably the greatest was the people’s princess herself, Lady Diana Spencer (but if you’re asking us, it isn’t worth arguing; it’s a cold, hard fact).

Princess Diana has a legacy that goes far beyond her sense of style, but today is a lesson in royal fashion done right (and way ahead of its time, no less). Just about everything Diana put on her body was something that could be worn now and be considered a style slam dunk. Cowboy boots, bike shorts, denim on denim—it’s like she’d taken a glimpse at what the trends of 2021 would be and dressed so we could look back and see exactly how we should style each of them to pure perfection.

Fashion is full circle, and Diana’s best looks are ones that can (and damn it, should be) replicated now. Before Meghan and Kate, there was Diana—and she walked so they could run. 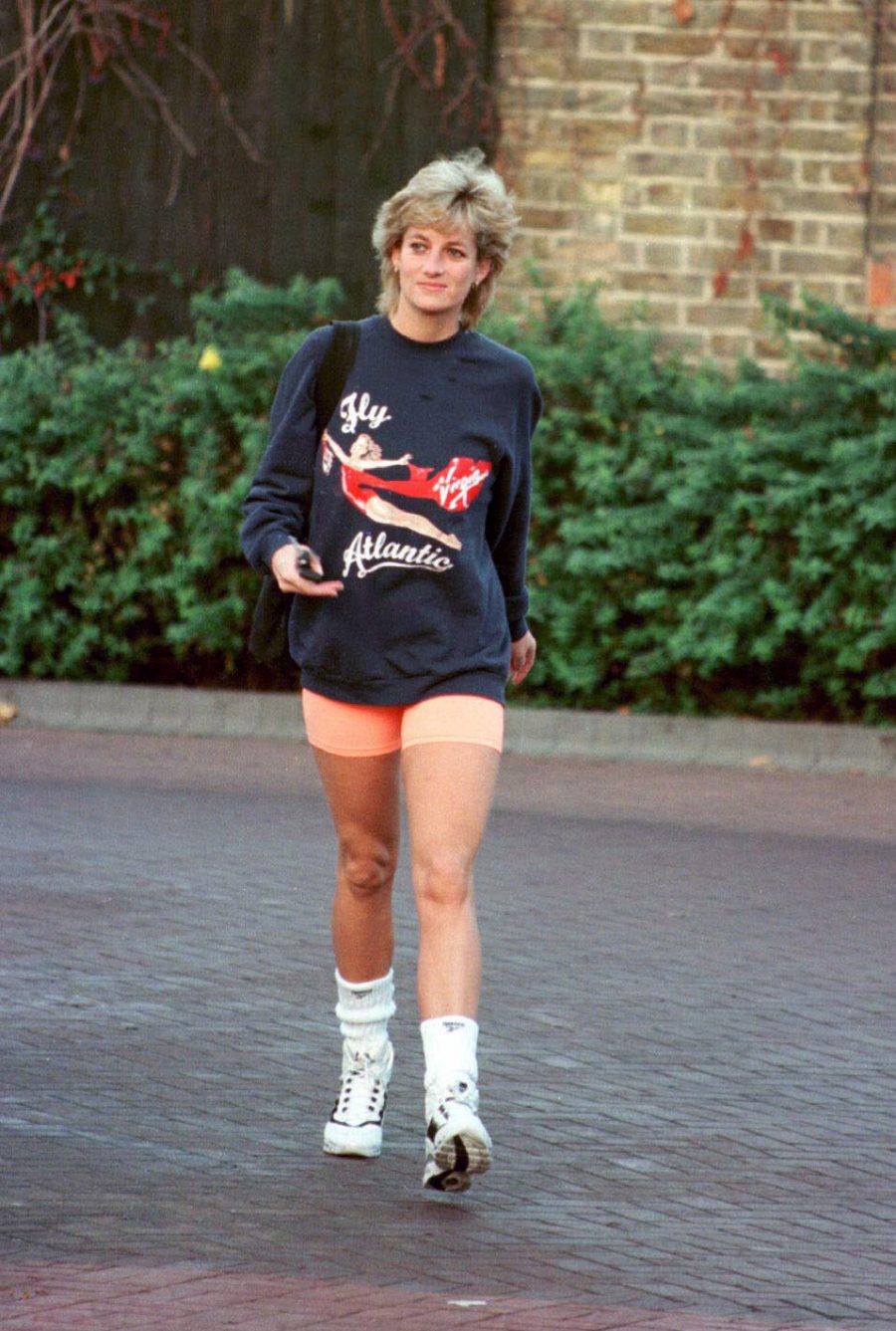 Princess Diana might as well have invented bike shorts herself, and she nailed model-off-duty before model-off-duty was even a thing. Diana’s slightly mismatched, effortless bike short moment is one that you’re probably already wearing—but if you’re not, here’s your sign that you should start ASAP. 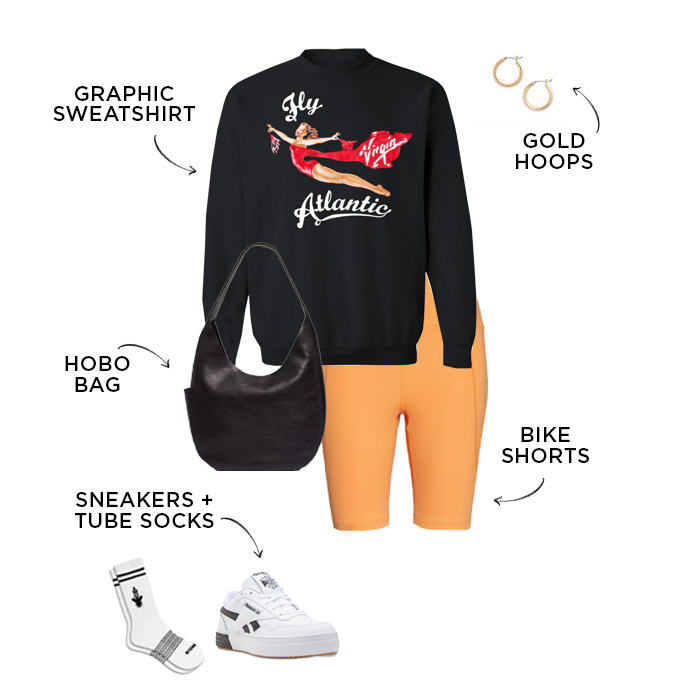 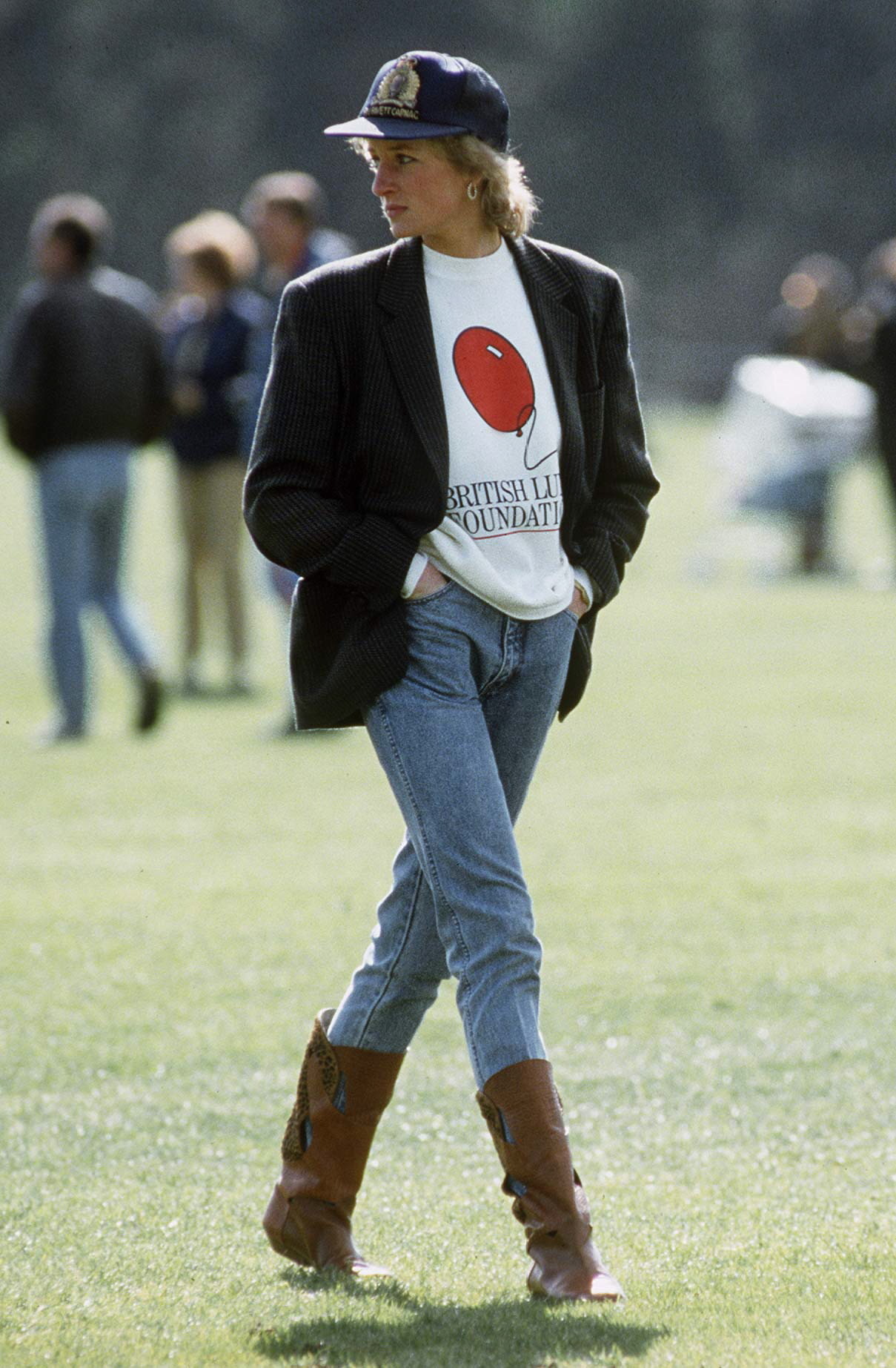 Perhaps the most recognizable of Diana’s looks, this is one you take a glimpse at and wonder how on Earth someone could be that cool. The oversized blazer and sweatshirt combo is perfection in itself, but topped off with a baseball hat and cowboy boots? We’ll put it in the running for the most iconic moment of all time. 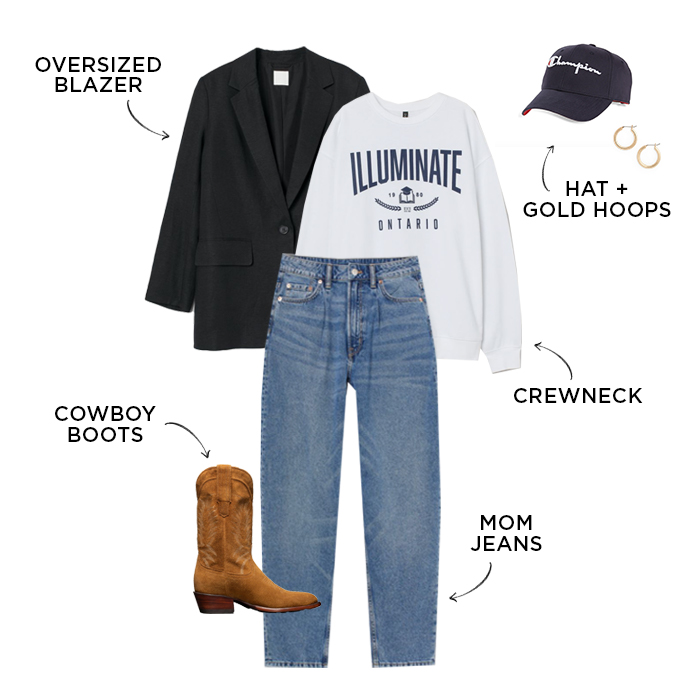 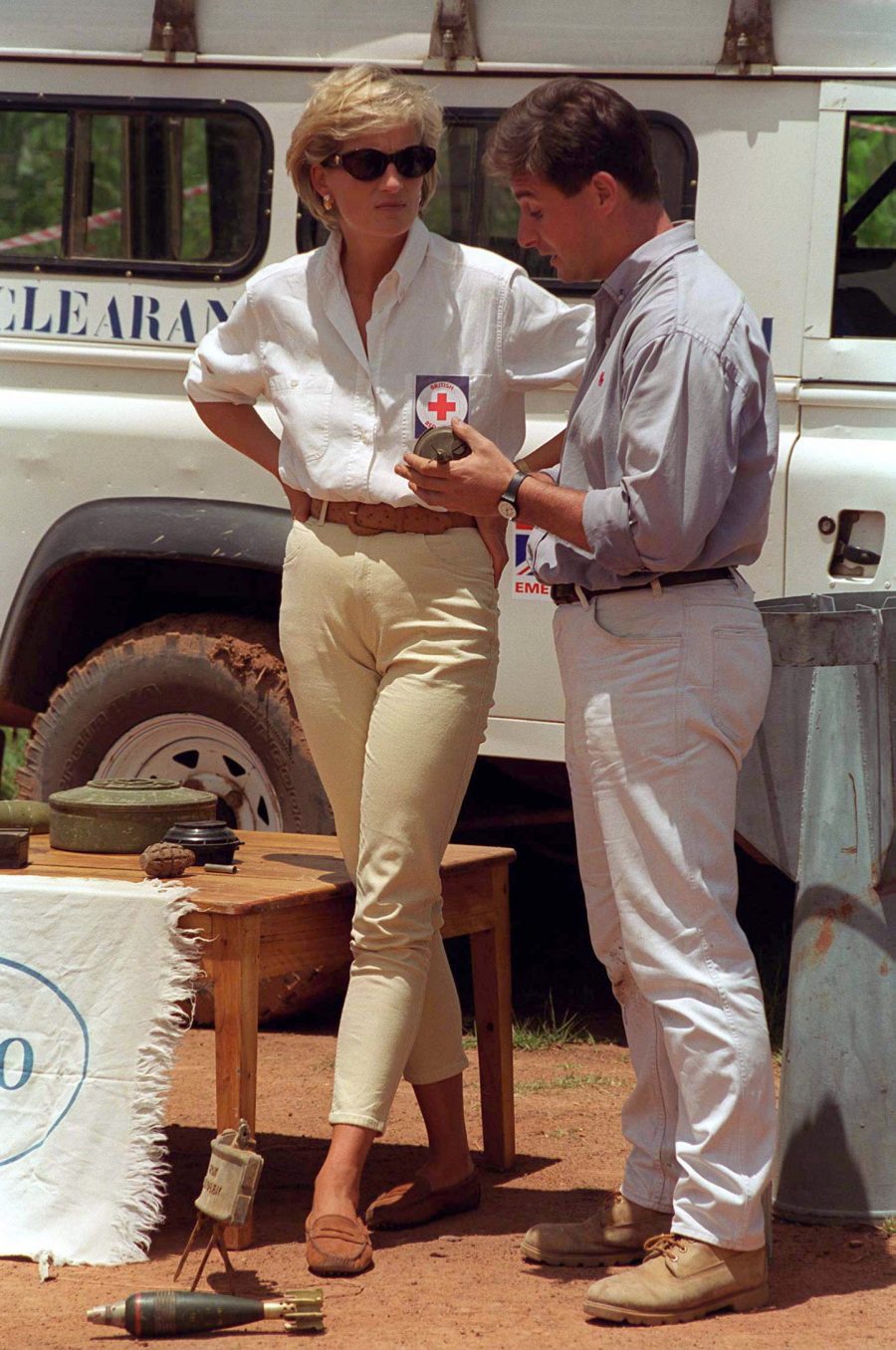 Diana had a knack for nailing a casual-but-elevated workwear moment, and this one is simple but made interesting with her use of accessories. Throw on a white button-up and a pair of trousers, then follow Diana’s lead with oval sunglasses, gold hoops, and a pair of loafers. 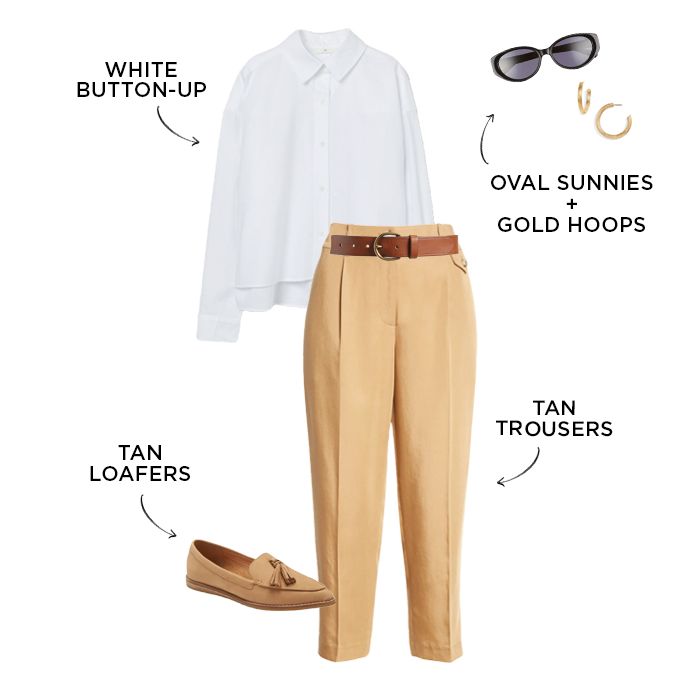 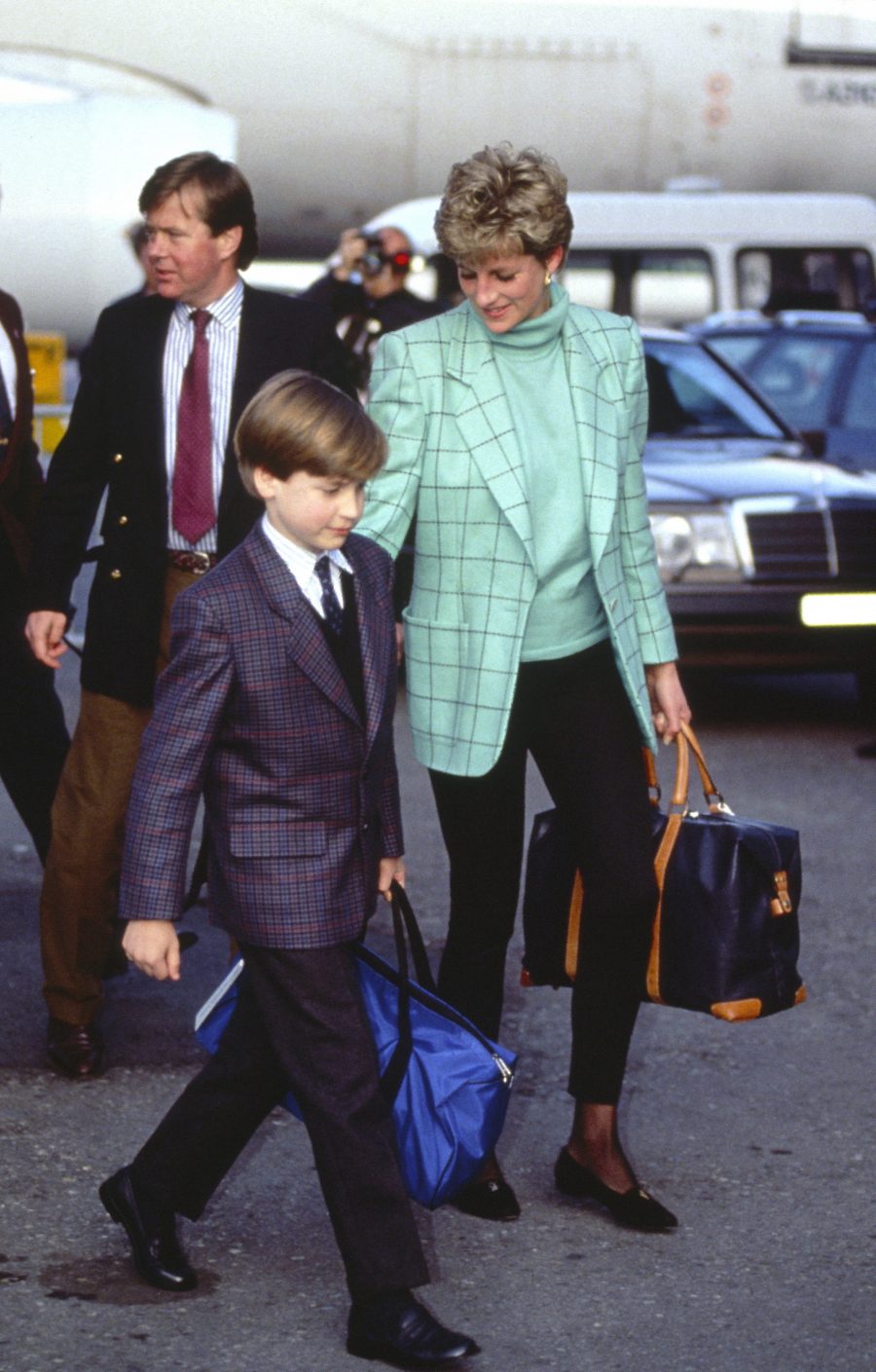 Diana loved a blazer more than just about anyone, and the styling of this one is genius because of its use of color. With a blazer in a bright pop of color and a matching sweater underneath, the outfit allows the color to do the talking in a look that is otherwise quite basic at its core. 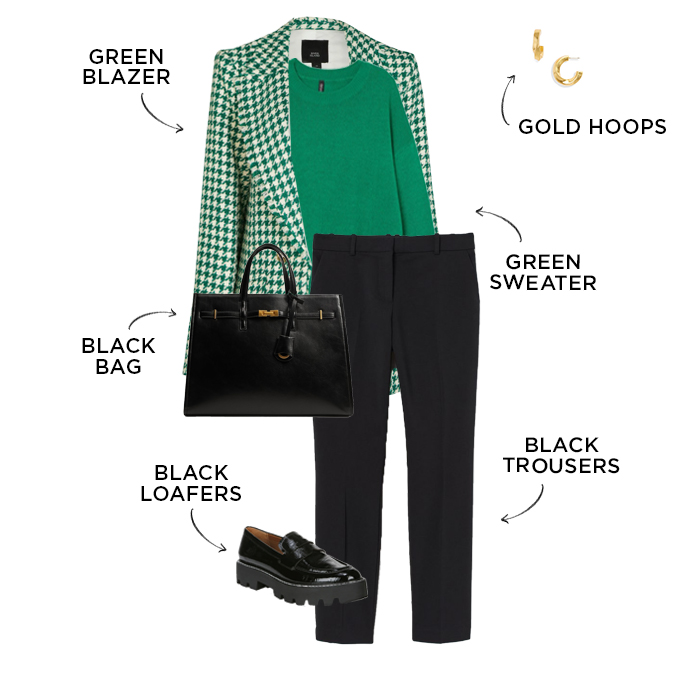 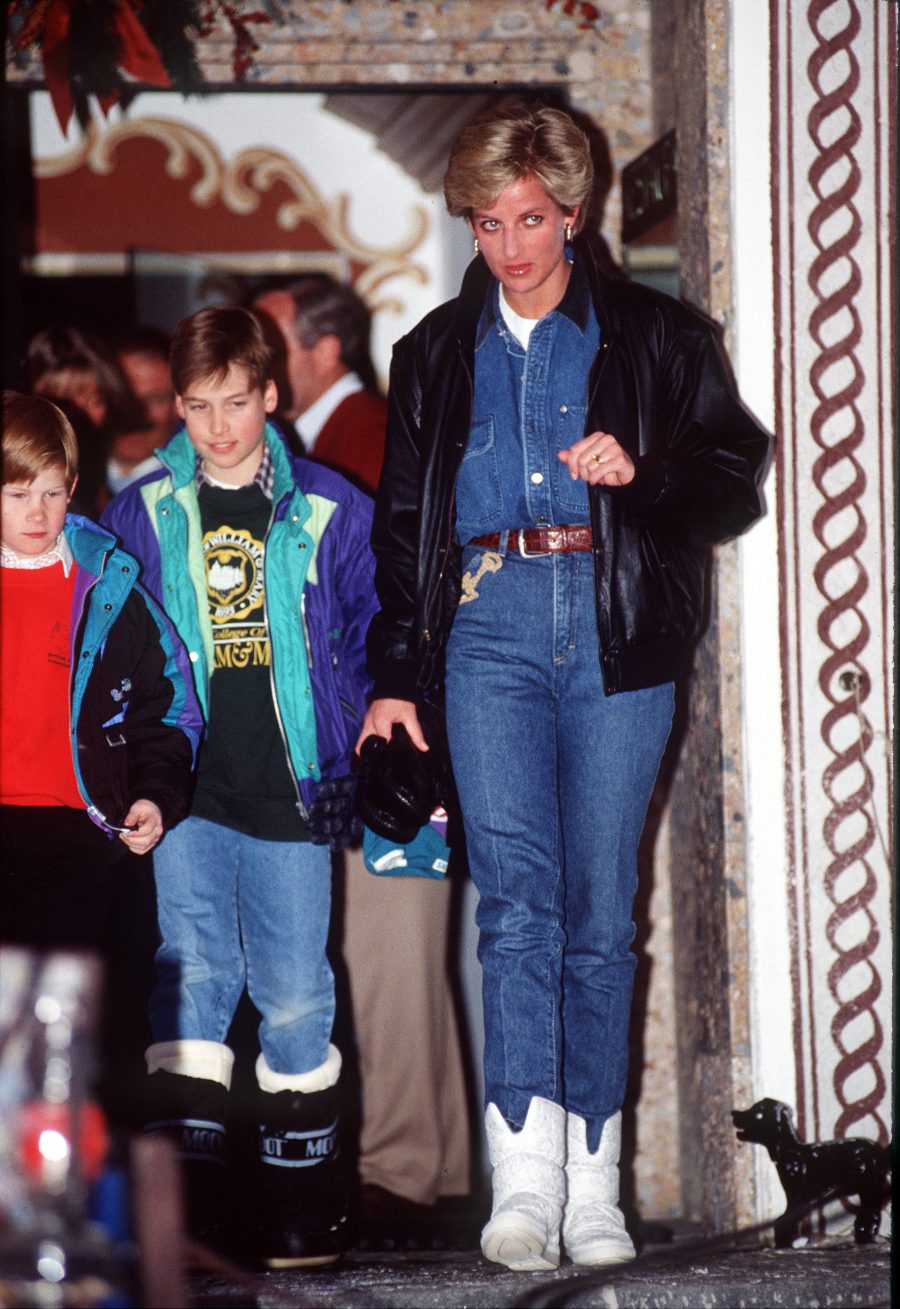 If you were to combine all of 2021’s top trends in one look, it truly would be this. Denim on denim, a bomber jacket, and cowboy boots are three pieces you wouldn’t think to combine, but Diana did it in a way that couldn’t possibly be cooler. It’s out-of-the-box, effortless, and dare we say, just about perfect. Imagine heading out of the house on a fall day in this number. 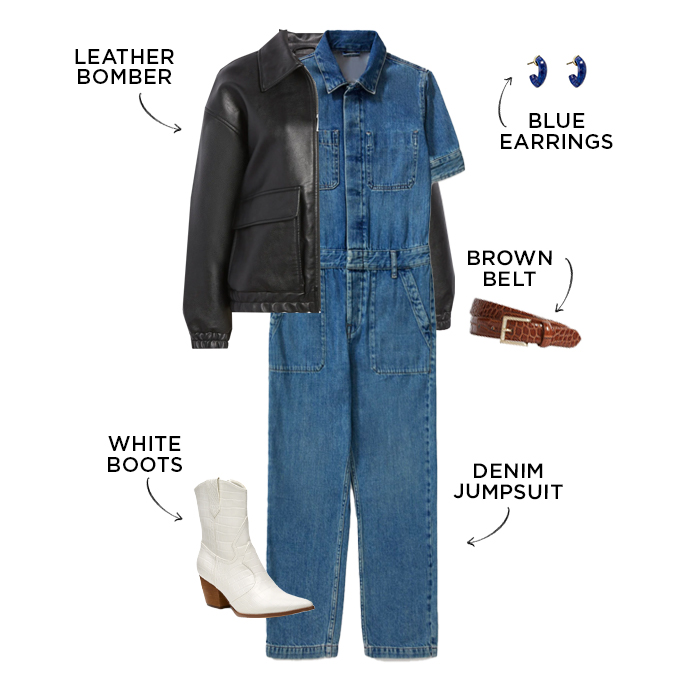 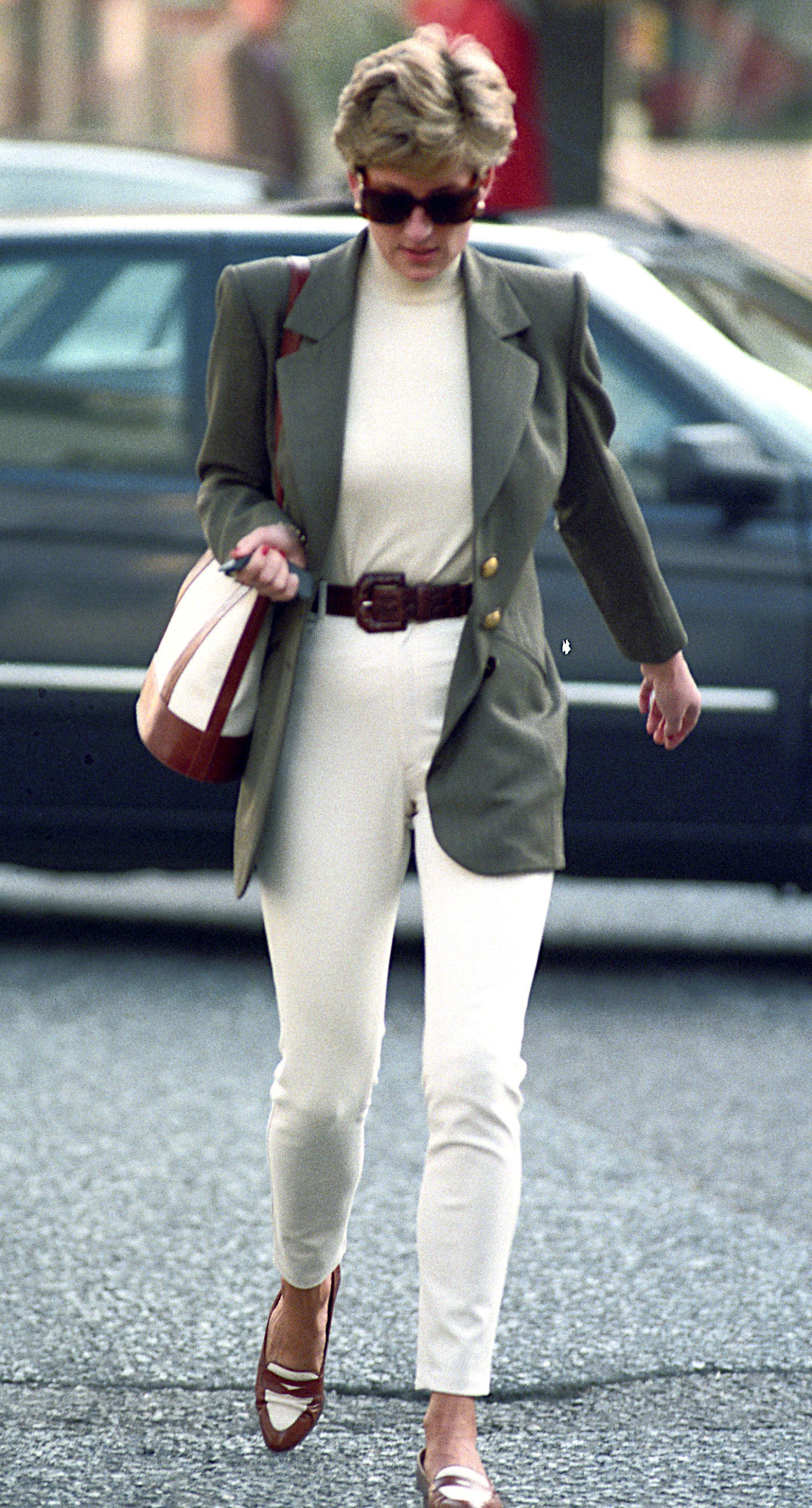 It’s hard to decide which was better: Diana’s casual, off-duty looks or her more workwear-centered ones, but this one gives a strong argument for the latter.

With all neutral shades and a monochrome moment, this look gives a feminine take on business casual. To perfect it, think about colors in pairs: the cream top and pants, the brown belt and loafers—they work with each other to make the look feel simple, sophisticated, and not too busy, despite all the layering. 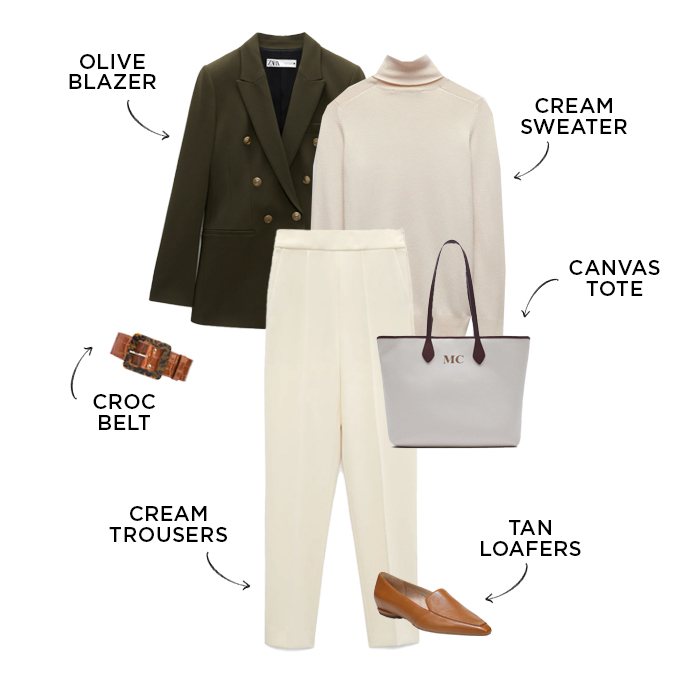 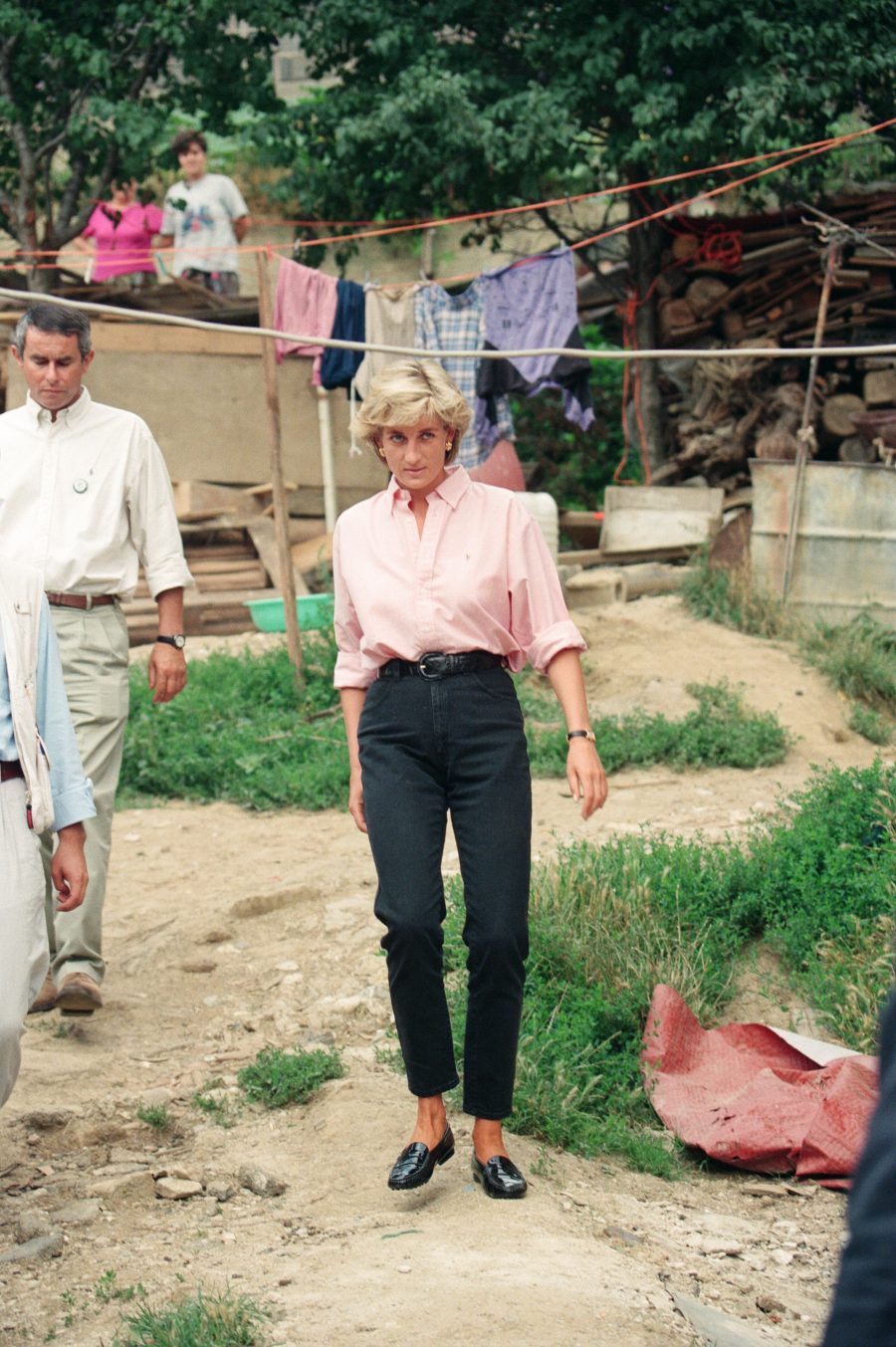 In a mom jean moment for the books, Diana wore a black pair with a light pink button-up to give a little more interest to the eye than a pair of blue jeans and white button-up would. As always, her accessories make the look, with a croc belt (something Diana turned to constantly), gold earrings, and an understated pair of loafers. 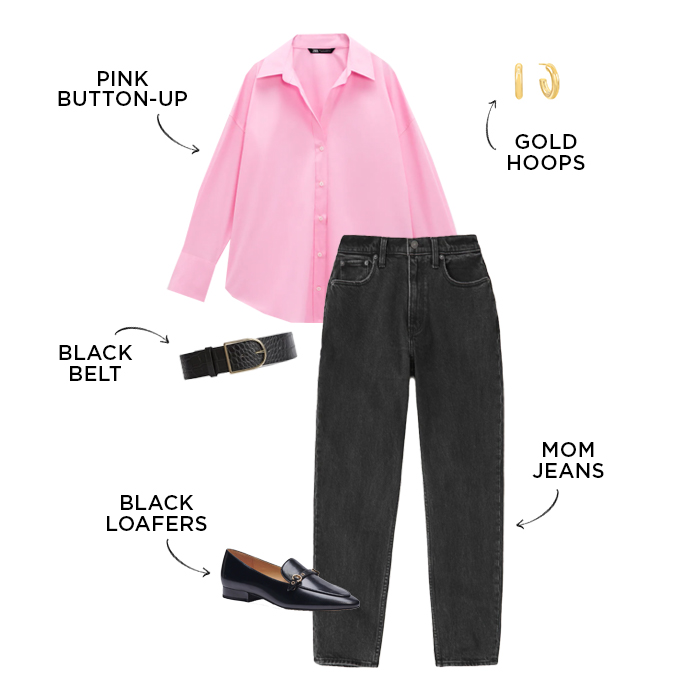 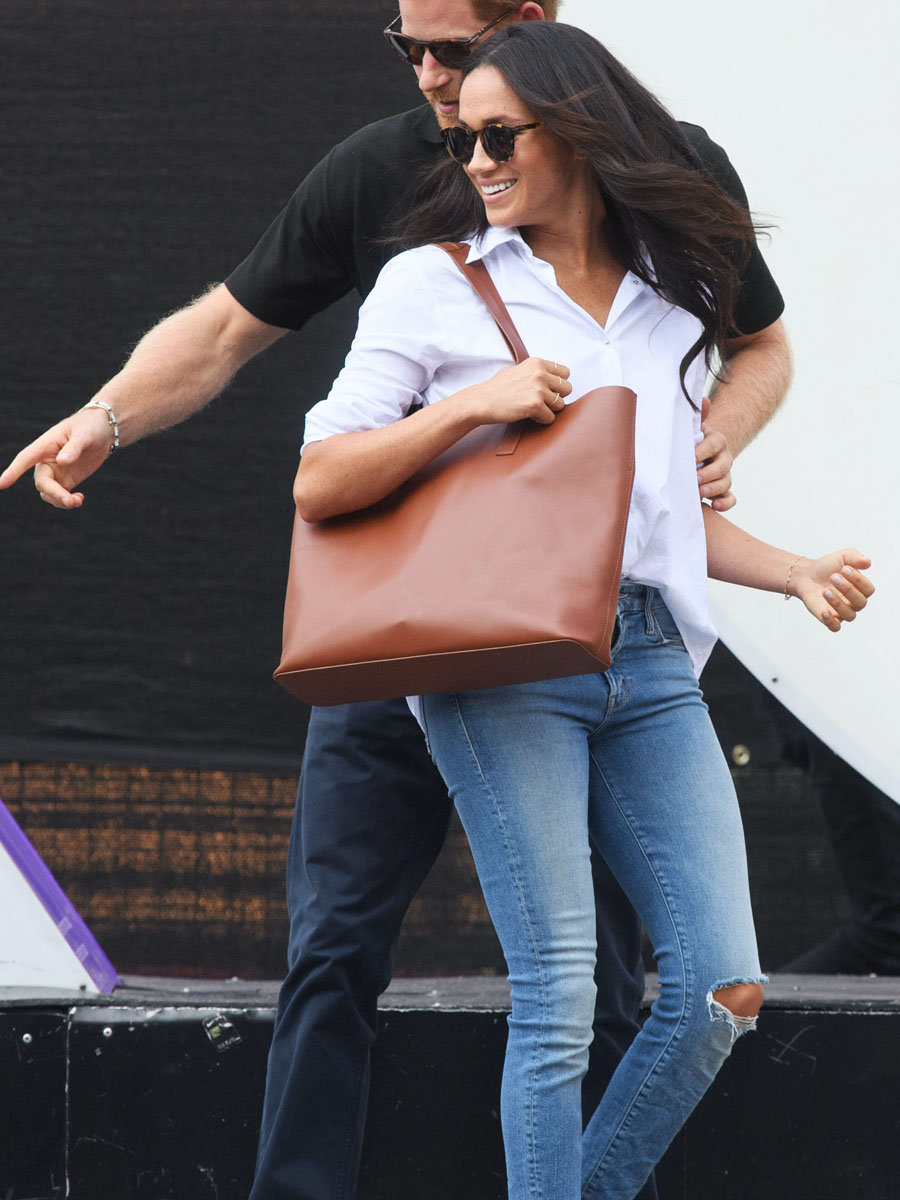