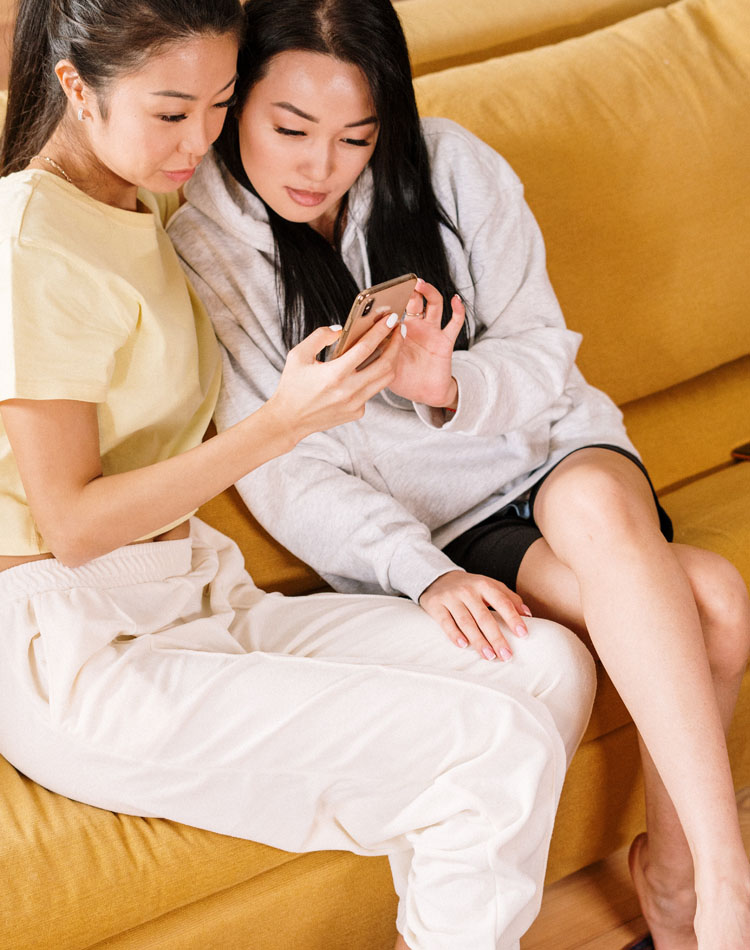 The enforced isolation of social distancing combined with plenty of time to dwell on past relationships means that quarantine has inevitably tempted thoughts of texting an ex for some. Throw in a glass of wine or two and many of us will have hovered over hitting send. The COVID pandemic has prompted a wave of nostalgia for past lovers, causing many of us to wonder what life would be like if you were riding out sheltering-in-place together. But does reconnecting with an ex in the midst of coronavirus chaos ever lead to anything good? I spoke to some women to find out:

I live alone, so social distancing has been quite lonely. Although I loved using dating apps before the pandemic, I’ve been finding them quite bleak lately. I feel that it wouldn’t be responsible to meet up with someone right now, so you end up having the same small-talk conversations that go nowhere. I longed for a deeper connection.

Me and my ex broke up about six months ago, and have messaged a couple of times since then, so it didn’t feel too weird to reconnect again. I dropped him a WhatsApp just to see how he was holding up and he responded straight away. While other exchanges since we’ve broken up have only lasted a couple of messages, we’ve now been texting solidly for the last few weeks. We haven’t really talked about meeting up or where this might be heading—for now, I’m just enjoying the distraction of speaking to someone who really understands me and how I’m feeling (and the occasional flirtation!). 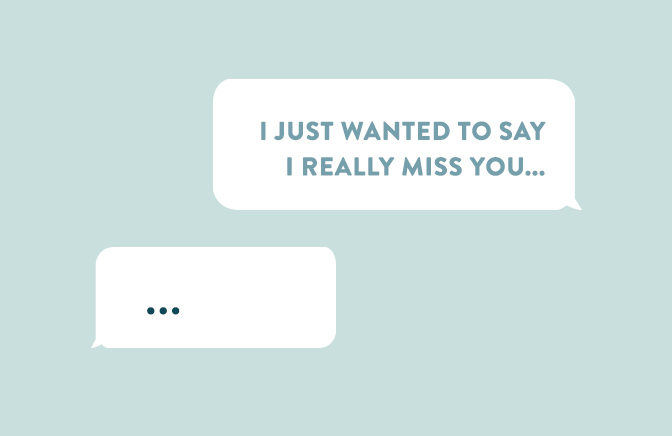 My ex and I actually broke up just the month before COVID hit. It was his decision to end things, but I felt like I was coping pretty well for the first few weeks. I could stay busy with work and distract myself seeing friends, but once shelter-in-place measures came in, I found that the full force of the breakup hit me hard. Working from home and only having my roommate to socialize with meant that I had way too much time on my hands to think, and I spent a lot of that time dwelling on the breakdown of the relationship. It was almost as though I was experiencing a delayed reaction to it all.

I decided to text my ex after on yet another Friday night in my bedroom, looking through old photographs and generally reminiscing. He did message back, and we ended up speaking a lot over the next few days, only for him to abruptly stop again after about a week of texting. It definitely seemed strange, as the messages had been so constant before then, and I knew that he couldn’t possibly be busy. After a few days I messaged again asking if everything was OK. This time it took him a while to respond, but when he did it was to say that he didn’t think that it was a good idea for us to be in contact, as he didn’t want to lead me on. It was pretty hard to hear, as I think that the intensity of our interactions had led me to hope that we might be able to rebuild things, but I did appreciate his honesty. If I could go back, I don’t think that I would have messaged him again—it was a heart-wrenching experience to go through, and I probably would have been better off focusing on myself and continuing to heal from the breakup on my own.

I messaged my ex early into lockdown. My housemate and I had had a few drinks and were talking about past relationships, and I started to reminisce about a guy that I was dating a couple of years back. We had an amazing time together, but broke up because I decided to move back to Europe, where I’m originally from, after a few years studying in the U.S. Although we tried to make long distance work for a while, we found that neither of us were really in the right place for such a big commitment.

I sent him a picture of something that was a bit of an in-joke in our relationship, and just captioned it, “Made me think of you!” I thought that if nothing else it would make him smile. He took a couple of days to respond, but once he did, it was just like old times. We were messaging each other non-stop and sending funny pictures, and even started to talk on the phone for hours at a time.

Even though I haven’t seen my ex for years, I feel like I might be falling for him again. We’ve discussed it and he also feels the same. It’s a weird situation to be in, because the future feels so uncertain right now, and because lockdown restrictions have been quite strict in my home country there’s no way of knowing when we might see each other again. We’ve talked about him flying over to see me when he can, and I really hope that it will be possible. Lockdown has made me realize the things that are important, and I really hope that he can be in my life. 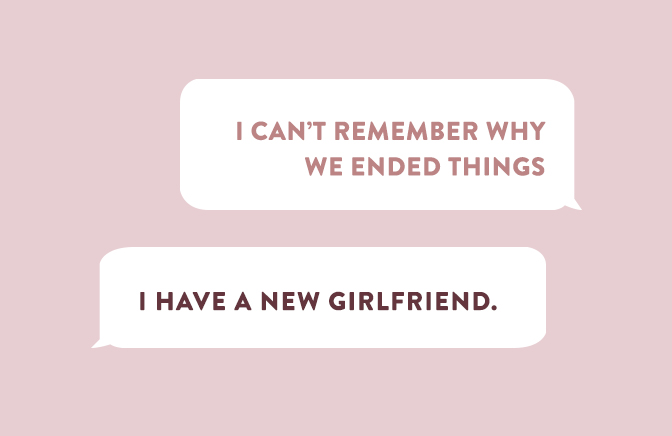 My experience of messaging my ex was actually really embarrassing! I broke up with him about a year ago because I felt like we wanted different things, and I’ve wondered ever since if it was the right decision. I haven’t really met anyone over the last year, and I had started to think that I might have undervalued how well we got on and how much we cared about each other.

Right at the start of the pandemic everything felt crazy and emotions seemed heightened—it made me feel pretty impulsive. If not now, then when? So I messaged him to tell him that everything that was happening had made me think about him and realize that I missed him. He did respond, but to tell me that he has a new girlfriend! It was a bit of a shock, but it’s also finally helped me to move on. I’ve deleted his number, and am looking forward to meeting someone new once all of this is over.

Me and my ex are in the same friendship group, so we still see each other occasionally on nights out or at parties. But with bars and clubs closed, we’ve stopped bumping into each other in the same way, and it made me realize that I missed it.

I live with housemates, while she has her own place, so I messaged her a picture of a pile of dirty dishes and said something like, “Definitely a bit envious of your solo working from home set up right now.” To my surprise, she responded saying, “Well, there’s a spare spot for you here if you ever need a break from it all.”

At first I was hesitant, as I wasn’t sure whether I should be going to her apartment at all. Instead, we met for a socially distanced walk, but since then I’ve been to her place a few times. I tried to keep it secret from my housemates at first as I didn’t think that they’d be happy with me breaking the rules, but when I stayed over at her place it was harder to hide! Fortunately, they’ve been pretty relaxed about it. My ex hasn’t been seeing anyone else, so hopefully the risk of transmitting anything is low.

I definitely worry that I’m being irresponsible, but staying at my ex’s place has alleviated the pressures of staying home for both of us—she was struggling with being on her own, and I was struggling with being on top of my housemates all day, every day. Spending time together has made it clear how easy our relationship is, but I don’t know if we’ll continue seeing each other in future. It’s convenient right now, but I still think that too much has passed between us to make another go of it.

It seems that amidst the anxieties and stresses of sheltering in place, many of us are seeking out connection—often in familiar places, and yet with very mixed results. Texting your ex can be a recipe for disappointment, but it also can also be a chance to create something brand new out of the parts of something that you thought you’d left behind. Sometimes, that’s worth a risky text message.