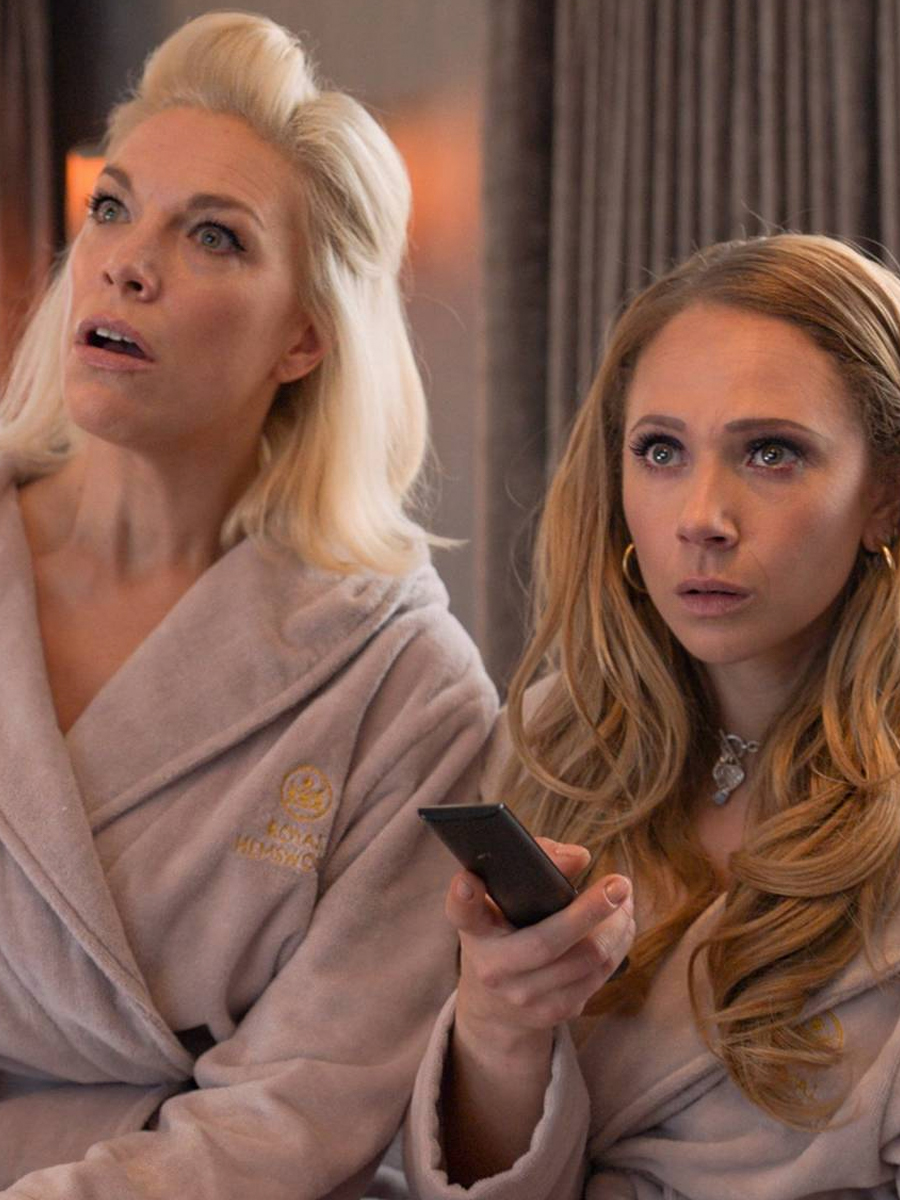 Friends, The Office, Parks & Rec, New Girl, Schitt’s Creek. These are the shows we put on in the background when we’re scrolling through our phones, have nothing else to watch, or simply want something to lose ourselves in for a few hours (or an entire weekend). We turn to these shows again and again because they’re a safe bet for easy entertainment. If you haven’t already, it’s high time you add Ted Lasso to this list. And here’s why you should trust me on this: Over the last year, I’ve convinced no less than a dozen people to give this show a chance. The result? Every single one of them loves it.

Over the last year, I’ve convinced no less than a dozen people to give this show a chance. The result? Every single one of them loves it.

Full disclosure: This is a show built around a British soccer team, and I’m a huge soccer fan. That being said, you absolutely do not have to know a thing about the sport to love this show (even the titular character doesn’t know a thing about it). At its core, this show is about so much more than just the sports team; it’s a warm hug that teaches viewers to believe in themselves, see the good in others, and, perhaps most importantly, to “be curious, not judgmental.”

Here’s your spoiler-free breakdown of Ted Lasso and why I promise it’ll be your new favorite show:

Ted Lasso is a college football coach from Kansas who, in the opening scene of the series, finds himself on a plane to London to coach A.F.C. Richmond, a Premier League soccer team. Rebecca, the woman who owns the team (somehow snagging it from her ex-husband in their divorce) recruited Ted personally. Despite having absolutely zero experience in the sport, Ted is given the task of bringing Richmond back from the brink of relegation (read: if they don’t turn their season around, they’ll get booted out of the top league to a lower league). Throughout the first season, we watch Ted transform the Richmond locker room from a fractured mess to a real team environment through sheer force of optimistic will.

Who doesn’t love a good feel-good sports story? Even if you’re not a sports fan, it’s hard not to get all in your feels about a group of athletes who defy the odds and turn into a real team. What makes Ted Lasso such a great example of this is that, as mentioned above, you don’t have to have any kind of attachment to or knowledge of soccer to become invested.

Instead, we’re treated to a cast of characters who are somehow vulnerable, charming, and infuriating all at once. Throughout the first season, we see how the influence and belief of one person—Ted Lasso—can have a positive impact on everyone around them. At the same time, Ted is also changed for the better by those around him.

Without giving too much of the story away: By the end of season one, your opinions on pretty much every character in this show will have changed and you’ll be singing, “We’re Richmond till we die!” like you’re a lifelong fan of this fictional sports team.

I am not exaggerating one bit when I say the characters in Ted Lasso are my favorite characters in all of television. I want Ted Lasso to be my life coach. I want Keely to be the best friend I tell everything to. I want my own personal Coach Beard to back up all of the ridiculous things I say and do, no questions asked.

While season one’s story arc is compelling on its own, the real draw of Ted Lasso is the character development. When we meet them, the characters are nowhere near the best version of themselves, and watching them on their journeys is a truly beautiful experience. The best part? It’s a bumpy road for many of the characters, just like that experience is in real life.

Yes, Ted Lasso is, at its core, a humorous, heartfelt, easy-going show. But it manages to be all of those things while also being an honest portrayal of what it’s like to be a human who experiences things like jealousy, homesickness, heartbreak, and more. The show balances these lighter moments with heavier themes in a way I’ve really never seen before.

If me being poetic for several paragraphs isn’t enough to convince you that giving Ted Lasso a try is worth your time, I ask just one thing of you: Pull up Apple TV+, turn on the first episode, and if you don’t smile (or blow a little bit more air out of your nose than usual) at least once within the first 15 minutes, you have my permission to turn the TV off, shake your head, and think to yourself, “Wow, Garri is really wrong about this one.” This is a big deal; I hate being wrong. However, I’m so ridiculously confident in the universality of this show that I’m willing to risk it.

I said this earlier, I’ve said it to people in real life, and I’ll say it a million times more: This show is a warm hug. Watching it feels like being draped in a weighted blanket with a cup of tea in your hands on Christmas morning. When you finish the first season (probably in one sitting because it really is that good), you’ll be left wanting more—like Grey’s Anatomy-level more. And you’ll be in luck because season two premiered on Apple TV+ on July 23. The $4.99 monthly subscription (including a 7-day free trial) is beyond worth it for this show alone; you can’t put a price on happiness.

Not Sure What to Watch Next? Here’s What Our Editors Are Binge-Watching Right Now
READ MORE