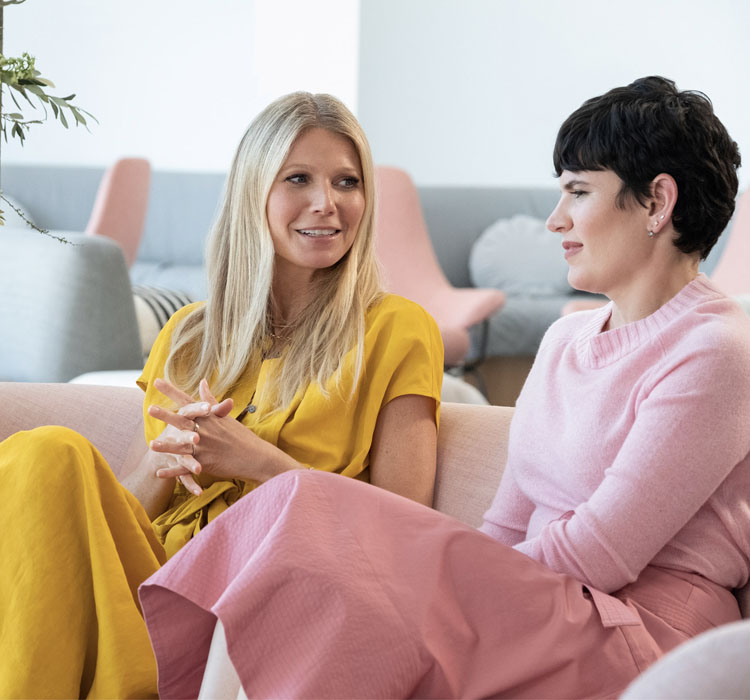 Regardless of what you think of Goop or GP’s acting skills, this episode was profound, and, dare I say, life-changing. Watching the episode and writing this article felt like one big therapy session for me. I would go so far as to say that watching it should be required for everyone, because very few of us (sadly) got this kind of education in school. Read on for key takeaways from the episode and the six life-changing things I learned about vaginas.

1. Paltrow doesn’t know what a vagina is—and neither do most people

First of all, let’s start with the word “vagina:” it’s not what you think it is. Even though she recently launched a candle that smells like it, GP got it wrong when talking about “the vagina” in the episode. Many people, Paltrow and myself included, use the word “vagina” to describe the entire system going on “down there,” especially when referring to what we can see on the outside and the parts that relate to pleasure. Like the badass she is, Dodson gracefully schooled Paltrow with a subtle FYI. “The vagina is the birth canal only,” she said. “You’re talking about the vulva: that’s the clitoris, the inner lips and all that good sh*t around it.” Note to self: We know the difference between the penis and testicles, so it’s about freaking time we all know the correct names of female anatomy as well. 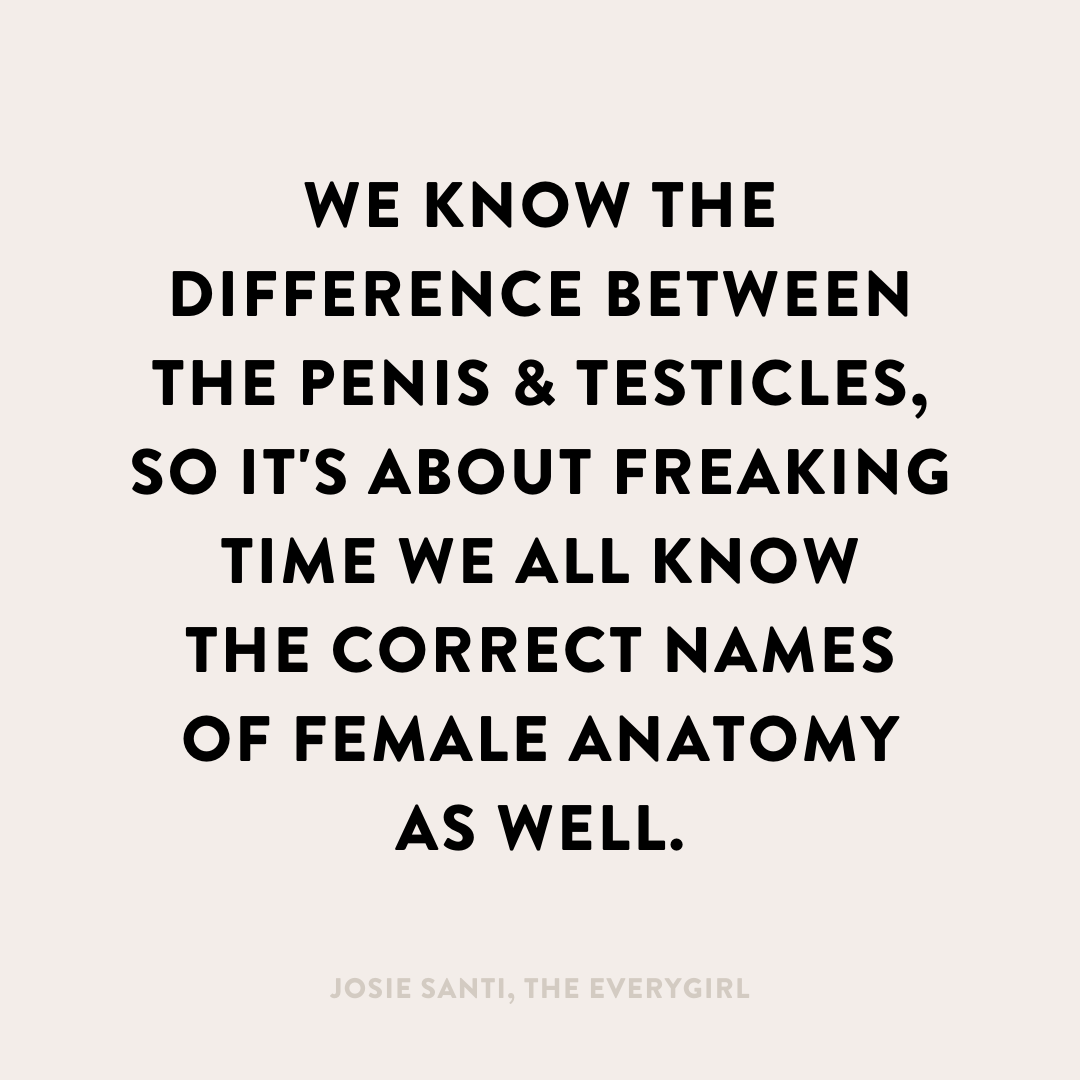 While this one isn’t necessarily surprising, it is surprising how many people with vaginas feel shame about them. Dodson talks about a disassociation with female genitals; most women think theirs is gross, abnormal (more on that below), or don’t even want to look at them (also more on that below). A lot of this comes from a lack of education (did you learn about the “clitoris” in school? I sure didn’t) and also just from cultural norms. Think about it: Even the nicknames and language commonly used to describe vulvas sound gross at worst and risqué at best. Plus, as Dodson points out, a lot of us grew up thinking that sexuality was something we needed to hide or keep to ourselves (can we all just agree that the rules some parents place on teens around dating and sex is a little outdated and effed up?). Shame around our vulvas directly translates to shame around our sexuality, and shame around sexuality hinders our pleasure (and you wonder why you can’t orgasm?).

Now for what I think is the saddest part of the episode (but also the most empowering): The show cited a study done by the International Society of Aesthetic Plastic Surgery, which found that purely aesthetic labiaplasty surgeries (or surgeries to alter the folds of the skin around the vulva) increased by 45 percent worldwide just between 2015 and 2016. Females as young as 9 years old were asking for the procedure. While we support every woman in making her own decisions about plastic surgery and what’s right for her, the point is that there are many people with vaginas who believe they need to change theirs. A big reason is that our culture teaches us that they’re “gross,” so our default is insecurity, but it’s also because of lack of example.

Dodson and the president of the Betty Dodson Foundation, Carlin Ross, explained that almost all female genitalia shown in pornography have received surgical altercation. For many people, the only vulvas they see besides their own come from pornography, since there are no other examples in mainstream culture. So The Goop Lab did something revolutionary and showed real vulvas. Yes, up close and personal. They didn’t just show one (because then that one might become the “norm”); they showed multiple in an effort to prove to people with vaginas that theirs is normal, no matter what it looks like. The verdict: Every one is vastly different, and they should be, because we all have different bodies and a different makeup for pleasure. You can stop wondering and worrying—yes, your “down there” is totally normal. 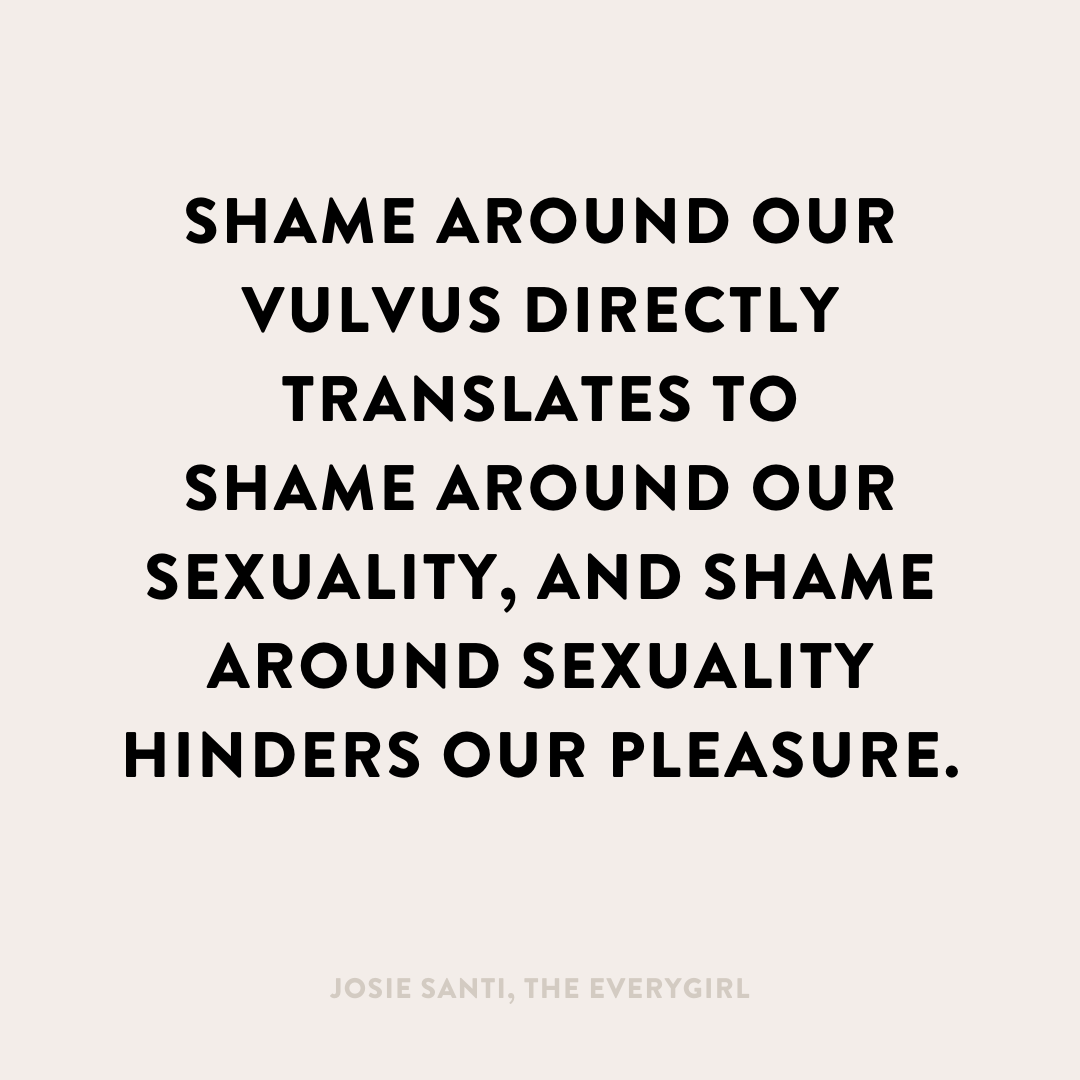 I’d like to change the saying “know it like the back of my hand” to “know it like every inch of my vulva” after watching this episode. After all, what does the back of the hand do? If it’s worth knowing so well that it becomes a well-known cliché, shouldn’t we also know the most powerful, pleasurable part of ourselves? As Dodson says, “The genitals are your power spot.” Beyond just the pleasure, they are also where the next generation comes from. Regardless of whether birthing children is part of your plan, there’s no denying that the female genitals innately hold so much power and strength (and more capacity for pleasure than a penis, thank you very much).

But many people don’t even know what theirs (or any—see point #3) look like. In 2016, The Eve Appeal, a Gynecological Cancer Research center in the U.K., asked 1,000 women to identify their own anatomy from medical illustrations (another study cited in the episode. Yes, I took rigorous notes). Only 44 percent were able to identify. A quick PSA on behalf of Betty Dodson: If you are not well aware of what your vulva both looks and feels like, stop what you’re doing, grab a mirror, and get to exploring.

5. There are many important systems within the “genitals”

Dodson and Ross explain how the clitoris is not just one single “spot.” It’s actually a complex system on its own, with multiple parts and more than 8,000 nerve endings in the tip alone. FYI, that’s double the entirety of the penis. Also, the clitoris and vagina (or what we mean as vulva) get all the buzz, but your pelvic floor muscles are crucial for pleasure as well.

For one reason, tight pelvic muscles and tension are common causes for pain, which obviously hinders pleasure. But also, when you work the pelvic muscles, you bring more blood to the area, which means more orgasms. In other words, your genitals deserve a workout routine too. The most talked about way to engage the pelvic floor is kegels, but Dodson has her own fascinating (and successful!) technique if you want to watch the episode or check out her website. 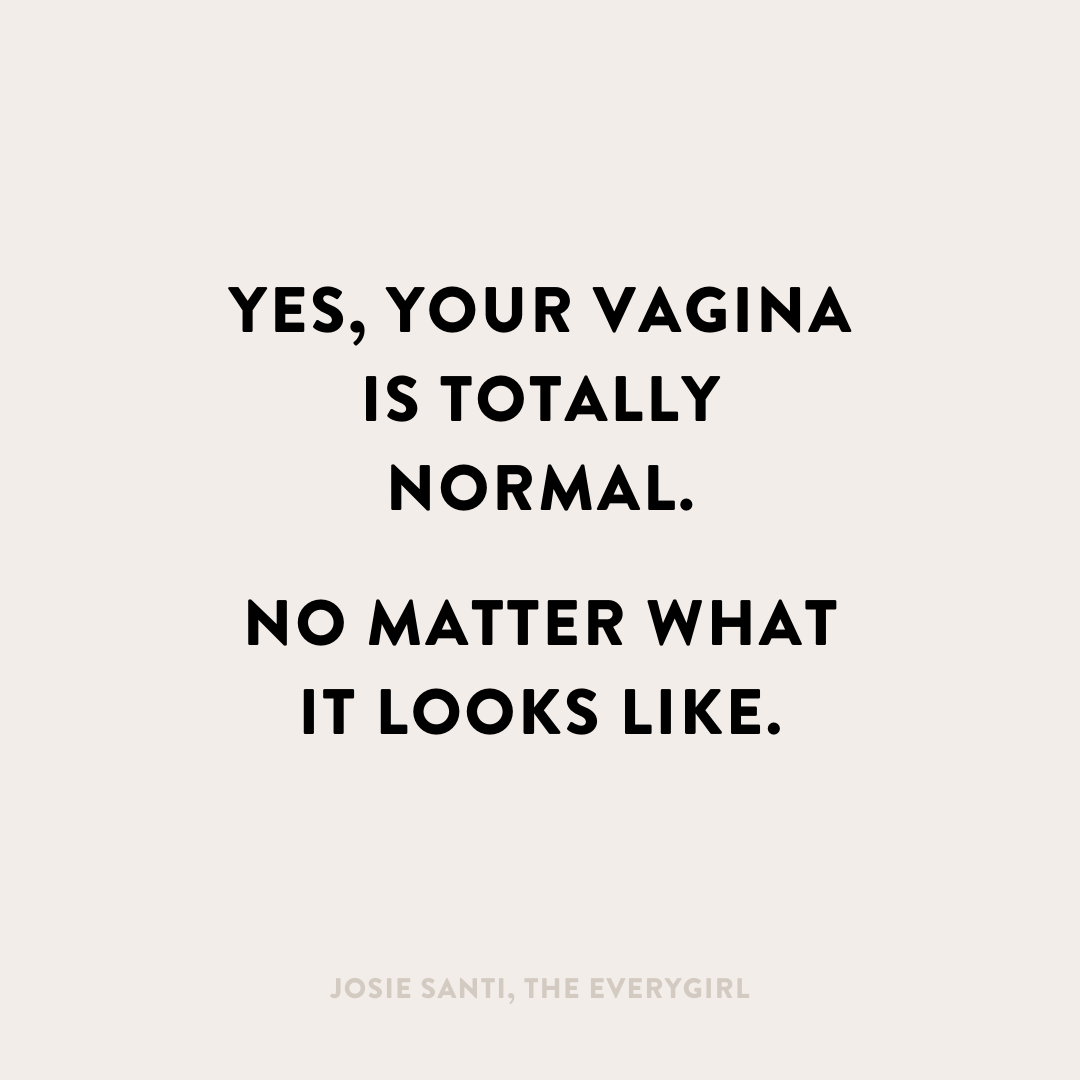 6. Knowing your vulva is important for you, not just for your partner

I think we can all agree that partnered sex is more pleasurable and fulfilling when everyone involved is, you know, pleasured and fulfilled. But the point of knowing your vulva is not just so you can have a fire sex life in your relationship. Yes, feeling just as entitled to pleasure and just as knowledgeable about your own biology as your partner is crucial for many reasons, but this information is also important for you.

As Dodson said when Paltrow asked why women being in touch with their sexuality has been seen as dangerous (read: thousands of years of slut-shaming), “When we’re in touch with our sexualities, love our bodies, and know how to orgasm on our own, we are independent. We’re dangerous when we’re knowledgeable.” In essence, your own association with your genitals is not about anyone else around you; it’s about your own pleasure, and the knowledge of how to fully access it is one of your greatest powers. 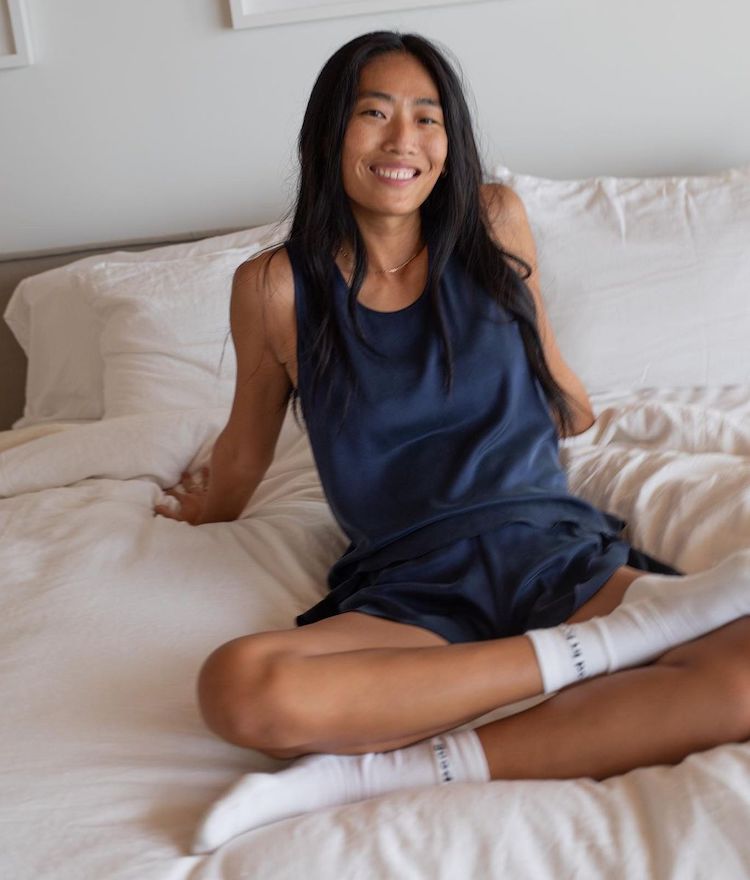