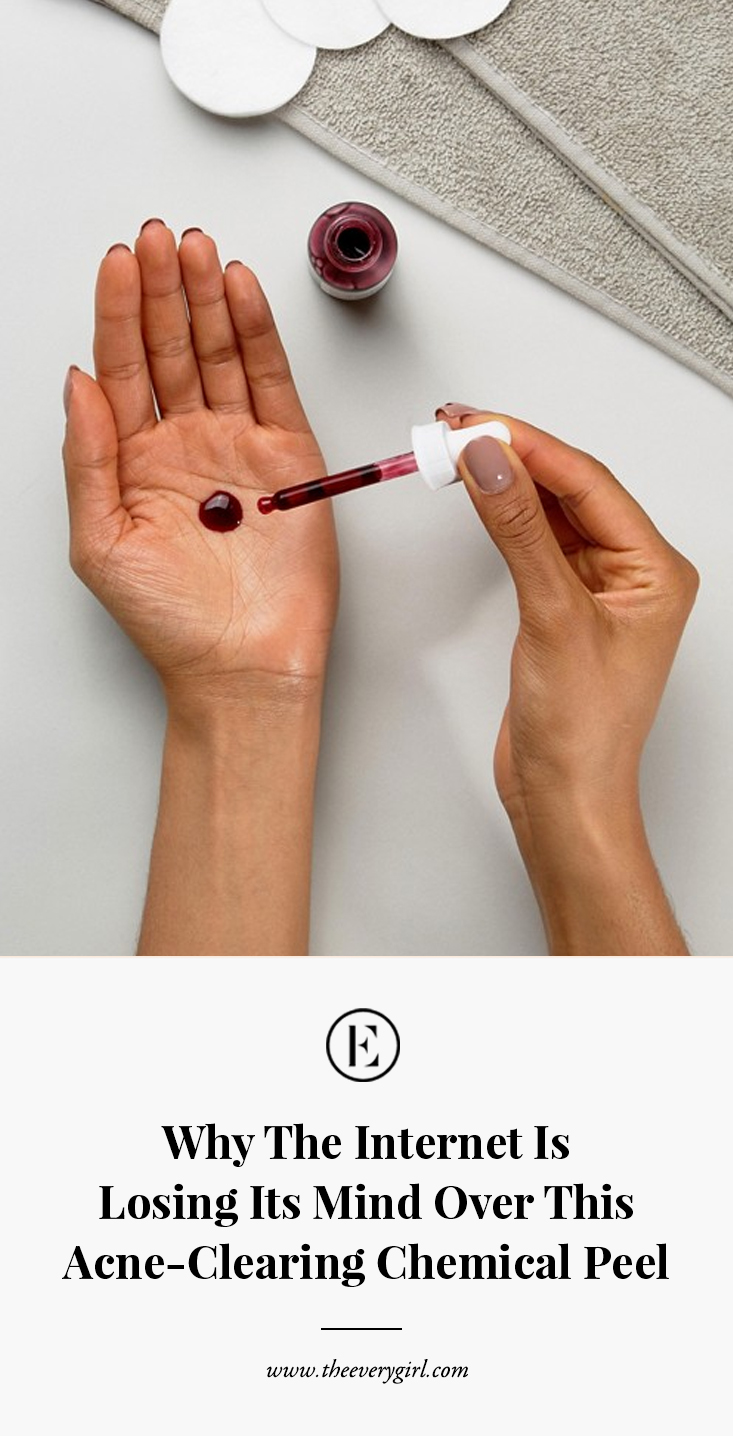 The Ordinary burst onto the scene with super wallet-friendly (if somewhat intimidating) skincare products, including The Ordinary Peeling Solution. And it’s this week’s “Chosen One.”

Alas, on the morning of my 30th and every morning thereafter, I’d still wake up with very tiny pouches of dead white blood cells and bacteria on my face, trying to say ‘sup to the outside world. I don’t have terribly problematic skin, though I’d have significantly fewer problems if I wasn’t addicted to popping zits. But hey, that’s another story for another therapy session.

When a makeup artist recently suggested that I might want to try a chemical peel to get rid of the little bumps smattering my cheeks, I gave it a good think.

On the one hand, I’m a weirdo (among many) that derives pleasure from popping pimples. On the other, I’ve long dreamt of the day I can use Glossier products without piling a bunch of heavier shit on top, so that when I get to finally tag a selfie with #nomakeupjustglossier, I’m keeping it 100.

I decided to give an at-home chemical peel a whirl, using The Ordinary AHA 30% + BHA 2% Peeling Solution. And I went ahead and bought it within about two minutes, because it costs $7.20. 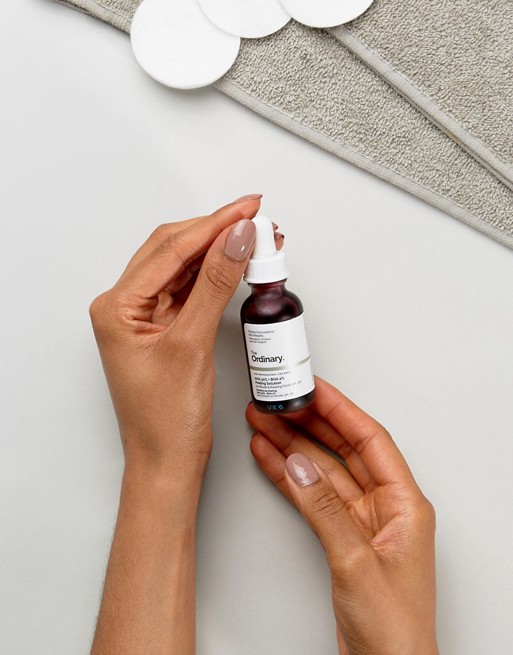 Upon doing some further research, I learned that the brand—which falls under the parent company Deceim—offers up an impressive range of skincare products based on the idea that what they sell is “familiar, effective clinical technologies positioned to raise pricing and communication integrity in skincare.”

In other words, they believe the skincare industry is ripping everyone off, because chemicals are chemicals and everyone is more or less using the same tool kit. And they’re trying to remedy that by offering up “clinical formulations with integrity” at a minimal markup. This includes The Ordinary Peeling Solution.

So what’s the verdict after about a month of use, twice a week? *drum roll* It’s totally worth the $7.20 and then some. There’s been a noticeable reduction in the area that’s always given me the most grief—along and above my jawbone after using The Ordinary Peeling Solution.

I’m using a few of their other products as well (that might be helping the overall situation,) and one of the big things I’ve noticed is that it seems to somehow…tighten up the zits. Those messy, nebulous, will-they-or-won’t-they underground bombs are no more. When zits have stuck around, they’re more of that solid, waxy variety that are fairly easy (if less satisfying) to extract.

From the official description:

Alpha hydroxyl acids (AHA) exfoliate the skin’s topmost surface for a brighter and more even appearance. Beta hydroxyl acids (BHA) also exfoliate the skin with an extended function to help clear pore congestion. This combined 32% AHA/BHA solution offers deeper exfoliation to help fight visible blemishes and for improved skin radiance. The formula also improves the appearance of skin texture and reduces the look of fine lines with continued use.

The site also goes on to warn that this is probably only a good idea if you’re an “experienced user of acid exfoliation,” which I am decidedly not, but I like to live life on the edge, I guess. I also don’t have particularly sensitive skin, though, so I would imagine this could indeed be a whole risky ordeal for those more prone to irritation or peeling.

Overall, though, at an accessible price point, The Ordinary opens up all sorts of possibilities for those looking to develop a custom skincare regimen. And word to the wise: People are starting to catch on quick.

The Ordinary Peeling Solution is currently sold on ASOS for $10.00 with free shipping and it’s priced at $14.21 on Amazon, but you can order it direct from Deciem if you’re willing to withstand a processing delay, due to high demand.

The product descriptions are full of technical information (which can actually be kind of intimidating,) so if you’re feeling a little unsure, check out this starter kit video.

This article was originally published on Girlboss.