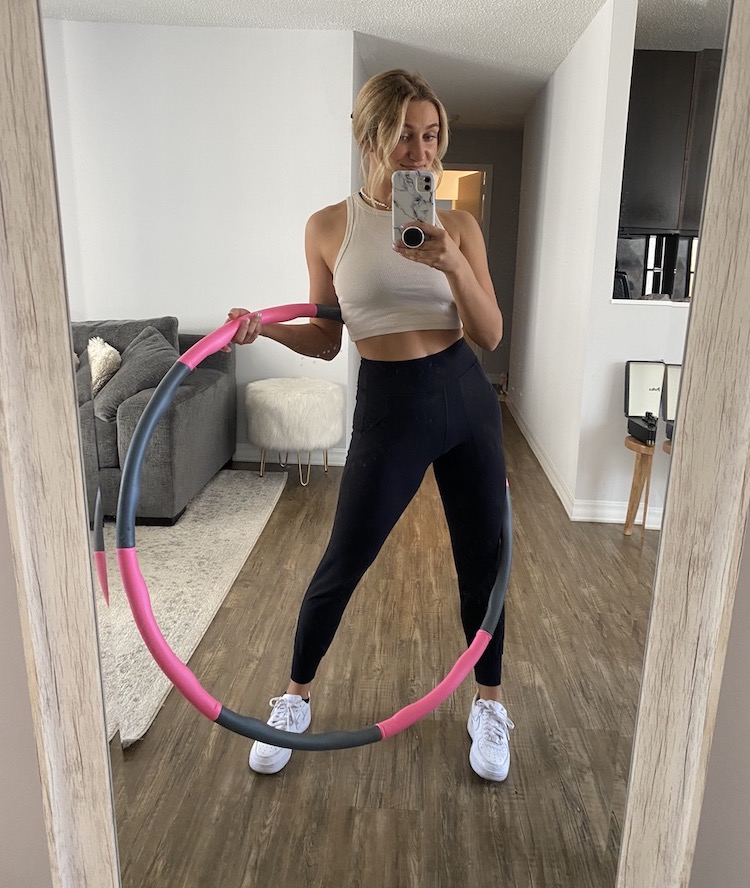 Of all of the things that TikTok made me buy, one of my most unpredictable purchases was my weighted hula hoop. As soon as I heard a Gen Z-er claiming it was her main form of exercise and it helped her shed a few inches off of her waist, I was all ears.

Besides the fact that it looked super fun, there were two reasons why I was especially interested in a weighted hula hoop. The first was that, at the time when I saw that video, I was recovering from a minor hip injury I got from treadmill sprinting and weight lifting. The second was that, in just a few days, I was to have a nasal septum surgery that was going to keep me out of my workout routine for at least a month. The weighted hula hoop seemed like a perfect, low-impact way to get my heart rate up during recovery. So, I immediately went to Amazon and hit “add to cart.” 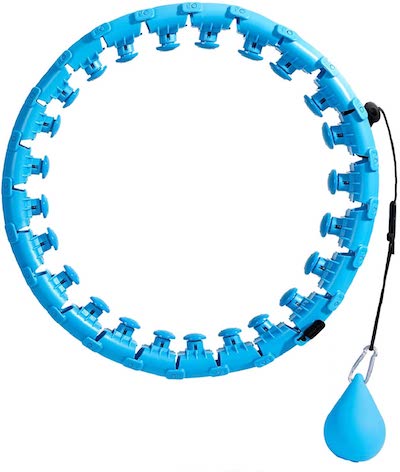 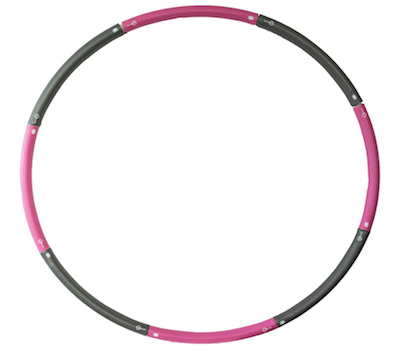 I took my newfound TikTok fascination to the internet to figure out 1) if weighted hula hooping was legit and 2) what the actual benefits of hula hooping were. And, to be honest, I was surprised to find that there was a lot of information on the topic.

For a lot of us, the hula hooping we grew up with is already a bit of a challenge, but adding those extra pounds can really take things to the next level in terms of boosting aerobic health. If you’re not too familiar with what exactly that translates to, here’s the rundown: Known benefits of aerobic activity include a stronger, healthier heart, improved blood flow, lowered stress levels, and improved immunity. A strong case for hooping, if you ask me.

In addition, hula hooping burns calories—specifically, 165 calories in 30 minutes, a number you’d see with other types of dancing. And in a randomized controlled study from 2019 that compared a group of individuals who walked approximately 10,000 steps a day to a group that did around 12 minutes of weighted hula hooping per day, the hula hooping group had better results in terms of abdominal fat loss, decreased waist circumference, and increased core strength. This made my near-impulsive weighted hula hoop purchase absolutely worth it in my eyes.

When it arrived, I had to put it together, which was a bit of a spectacle. Assembly took probably five minutes and, besides the near-tragic mishap that occurred when I didn’t fully lock one of the bendable poles into its adjacent piece (it slingshotted back at my face before I could even blink), I’d consider it fairly effortless to put together. After weeks of waiting, I finally had my weighted hula hoop in hand, and I was eager to take it for a spin. 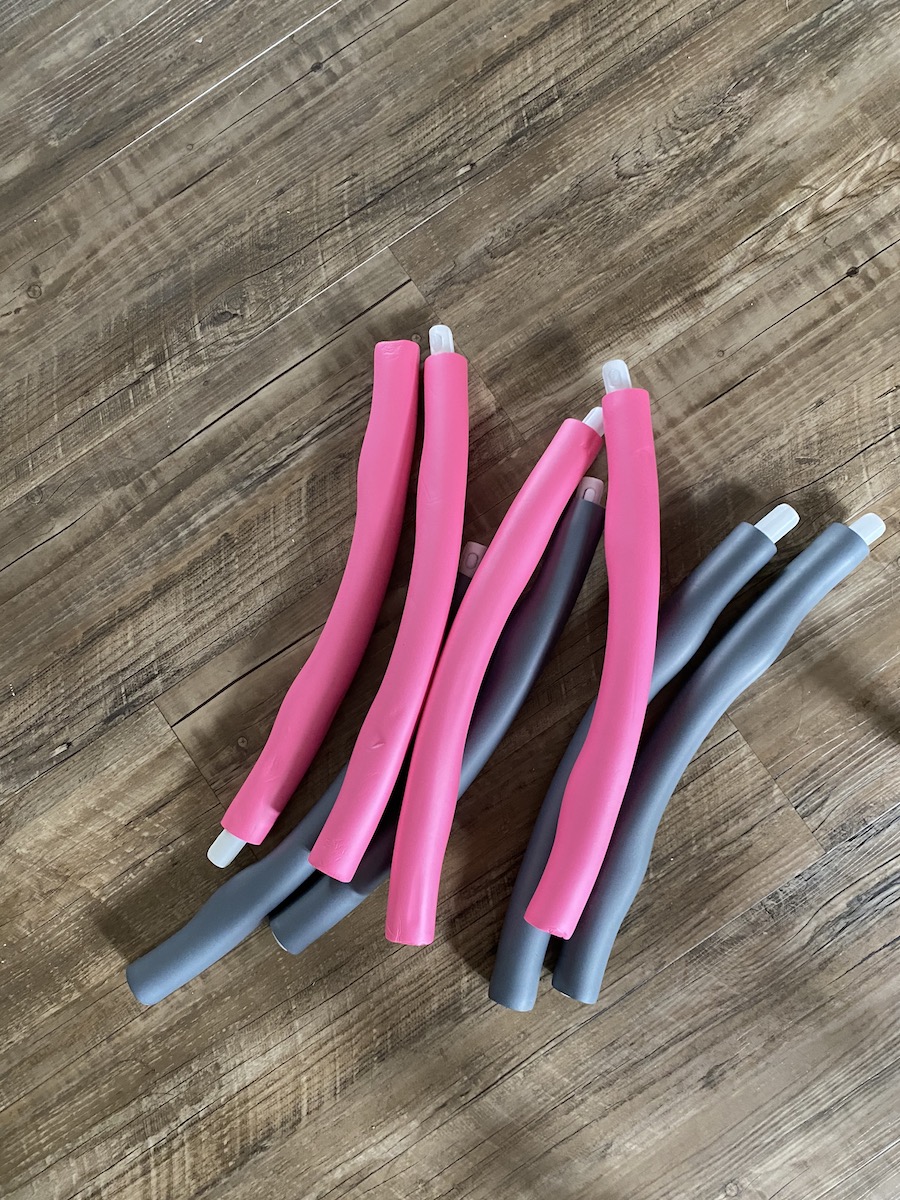 Though I would consider myself a prodigy hula hooper (I won a contest at a backyard barbecue in third grade, no big deal), I definitely had to reorient myself on how to use it—especially with the added two pounds that were likely going to throw me for a bit of a loop. After six weeks of turning to my weighted hula hoop again and again, here are my unfiltered thoughts.

First, this thing will get your heart rate up pretty quickly. My typical hula hooping routine consists of hula hooping for six minutes clockwise and six minutes counterclockwise. Within three minutes, my heart is typically pumping at a speed walk or jog rate (for me, around 130 bpm), and I am sweating. After about 12 minutes of hula hooping, I would burn around 80 calories, which, for me, is similar to what I burn when I’m walking or jogging. 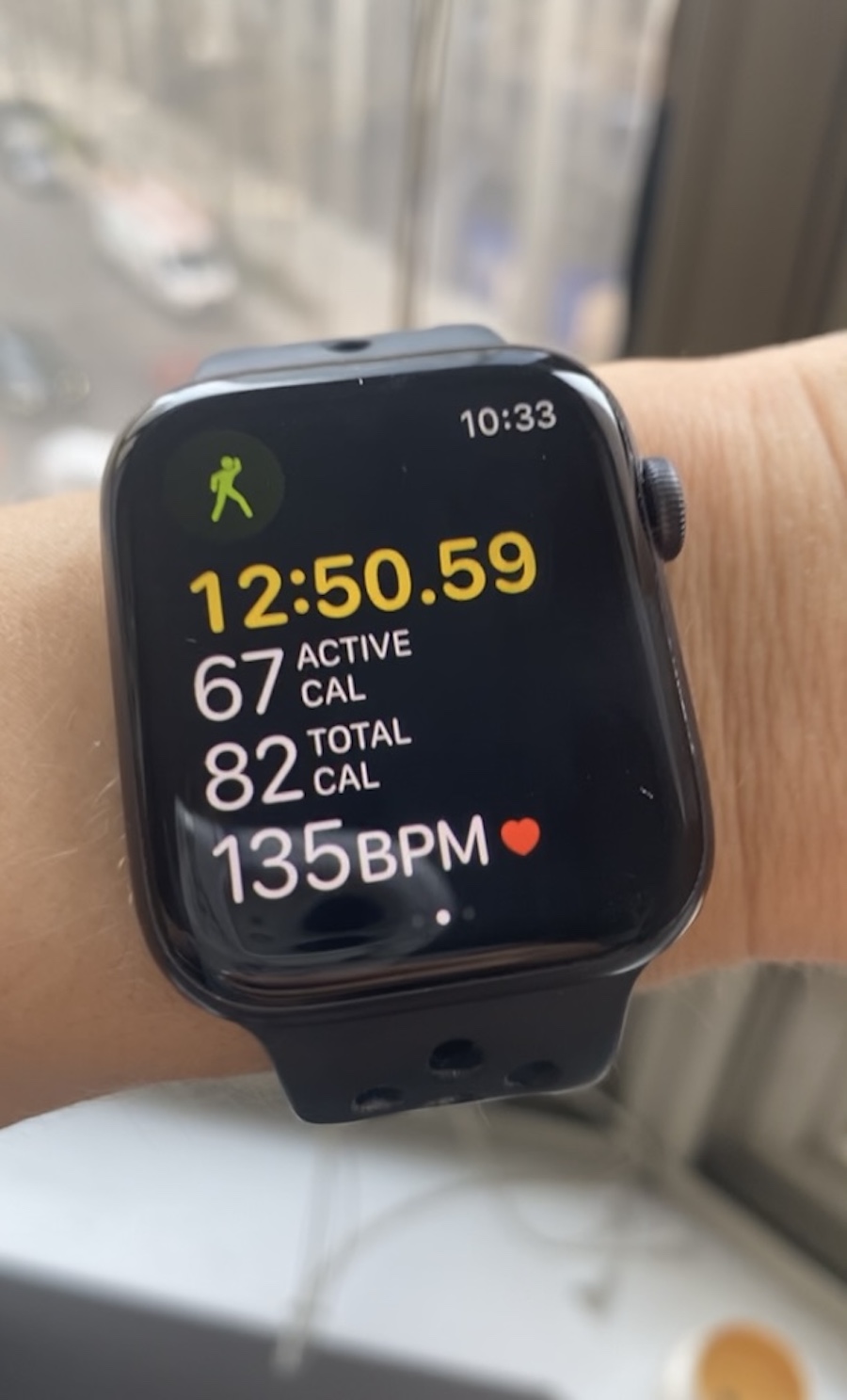 Second, as I anticipated, this was the perfect low-impact workout to get my heart rate up without leaving the house. And since I could do it from the comfort of my living room in pretty much whatever attire I wanted, it was really easy to just grab it and start hooping without much effort or planning.

As with all things, there are a few downsides to it that have kept me from abandoning my past workout methods completely. The first being that, if you’re doing it for long enough, it can be boring as hell. Sure it’s fun for the first few minutes, but if you’re going to do it long enough to see any sort of results—likeburnt calories or a shredded waist—you’ll have to commit more time to it than just 12 minutes. And for me, that’s just about as much as my brain could take before I was ready to jump to the next activity. Picking a playlist I love, watching TV, or listening to a podcast definitely helped to pass the time.

Another big downside to hula hooping is that while you’re getting your heart rate up and activating your core, you’re missing out on opportunities to practice other functional movements. Sure, it’s good as a supplemental activity to get your heart rate up, but for the most part, your feet are staying in one place. I do use hula hooping as an additional way to get some cardio in, but I don’t use it as an excuse to skip other full-body movements like stretching, yoga, or HIIT workouts. 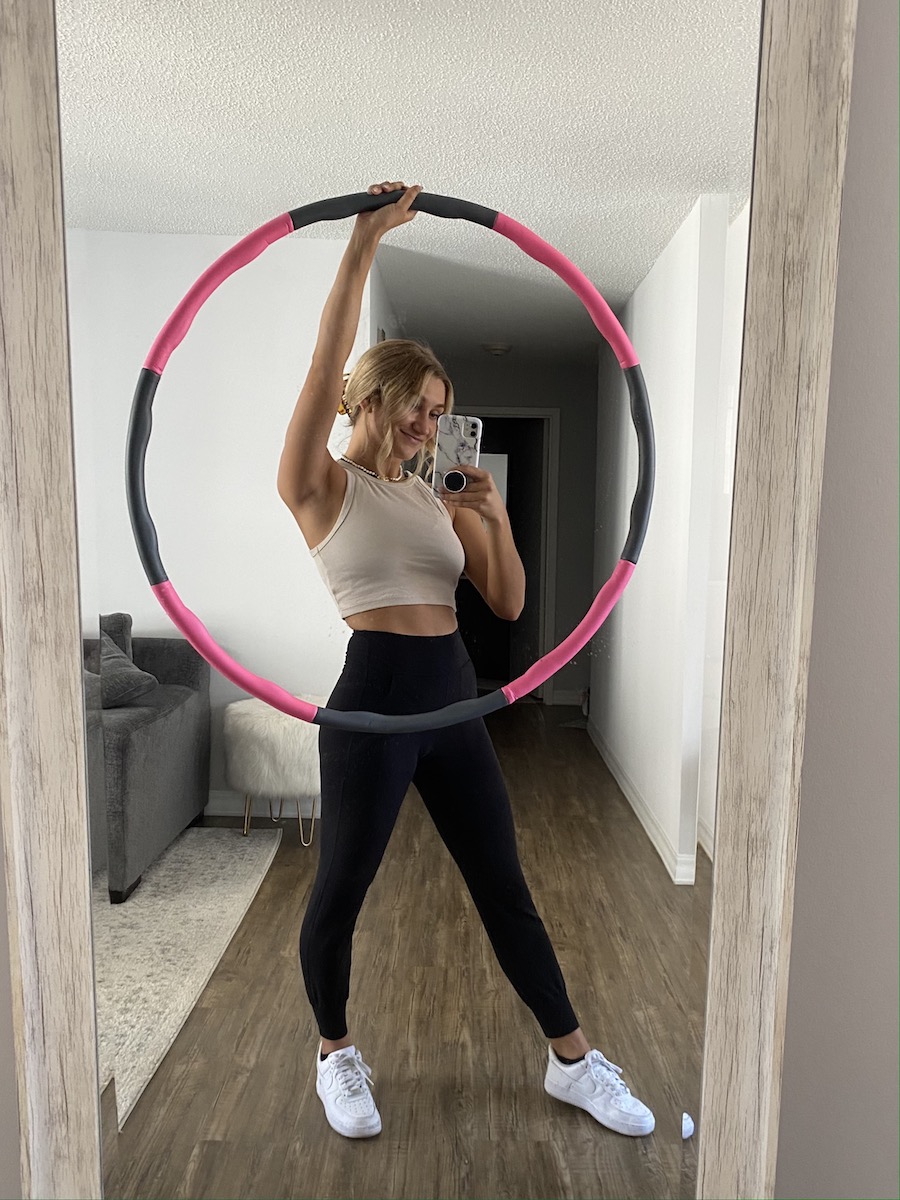 All in all, I love my weighted hula hoop the way that I use it. For 12 minutes a day, it gives me an excuse to have a bit of a dance party, helps me to tap into some aerobic activity for better heart health, immunity, and stress reduction, and is an easy way for me to incorporate activity into an otherwise stagnant day. While I was in recovery, it was the perfect, low-impact solution to make me feel less like a couch potato and give me a taste of being active. Now that I’m recovered, I use it as a tool to help me get moving on days where I’m feeling particularly unmotivated, as a way to make TV time more efficient, and as a warmup to other forms of working out like yoga, lifting, or running.

Can I live without my weighted hula hoop? Sure. But do I want to? Not particularly. I’ve bought plenty of less useful items under the influence of the TikTok Gods, so, as far as I’m concerned, this solid addition to my workout routine is a 10/10 in my book.

Shop Over the Knee Boots, Grooming, Denim, Skirts and more. Get this widget.