The Everygirl food editor Cassandra Monroe has the ability to wear many hats. Our foodie’s passions aren’t just contained in the kitchen, but continue throughout her entire house. The biggest evidence of this can be seen in the first house she flipped. After Cassandra’s dad passed away, her family decided to fix up the house to sell. So Cassandra, her mom, and brother took it upon themselves to fulfill her dad’s lifelong dream of flipping a home by flipping his, which she endearingly named #MonroeFamilyFlip. Along the way, she also documented #MonroeFamilyFlip for her blog CassandraMonroe.com. The transformation is unreal; she hit the nail on the head.

Keep reading to hear more about Cassandra’s first experience flipping a house and the challenges she faced before being able to put up the “For Sale” sign. 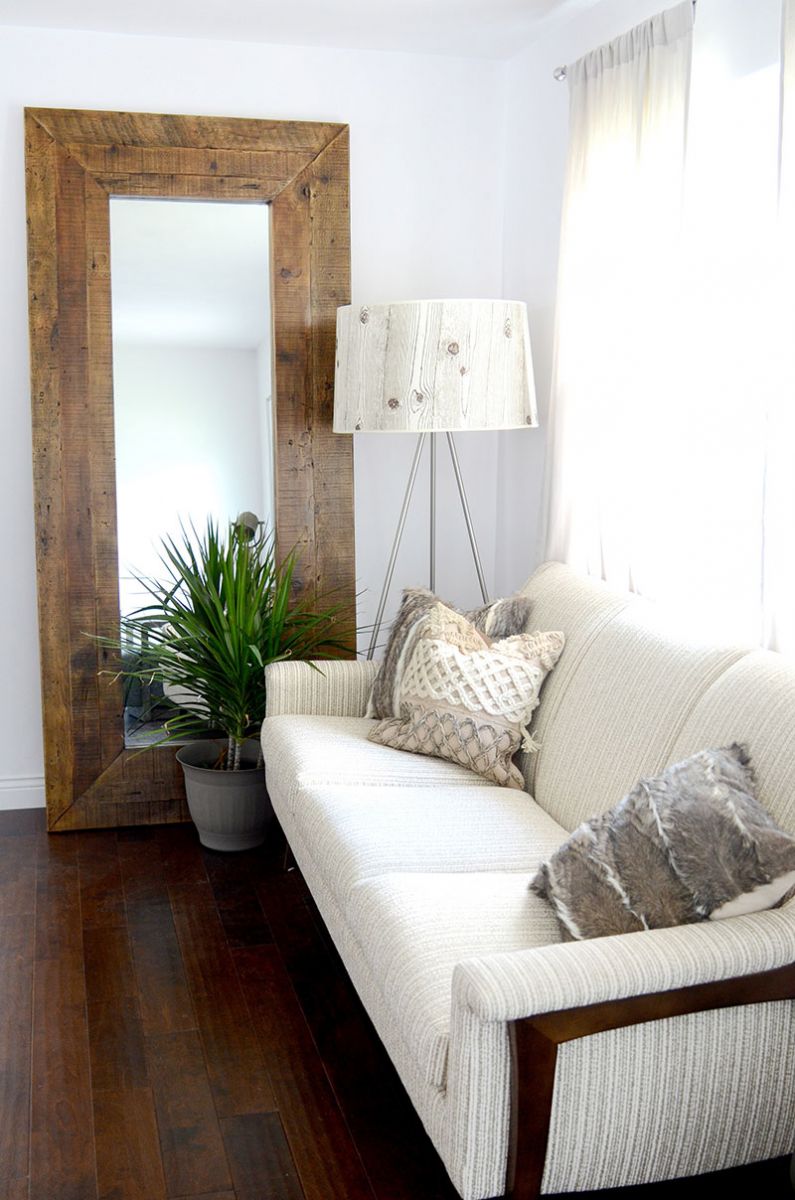 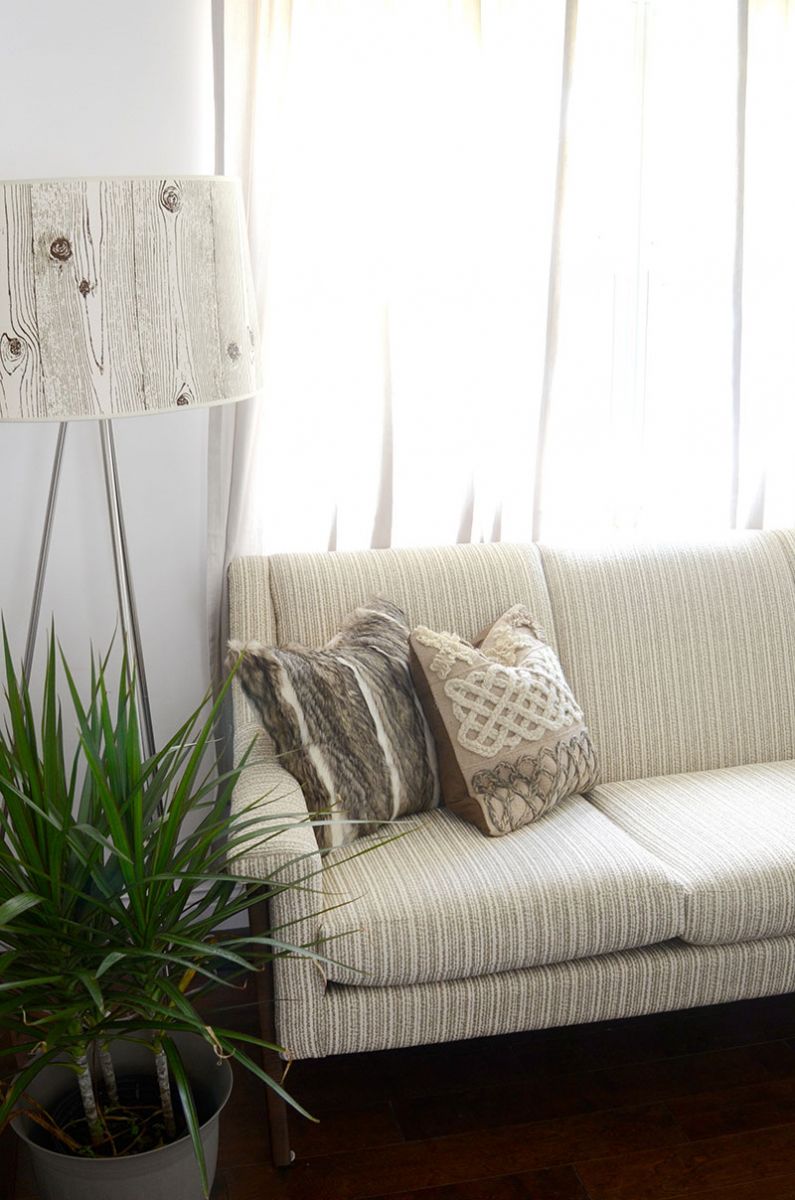 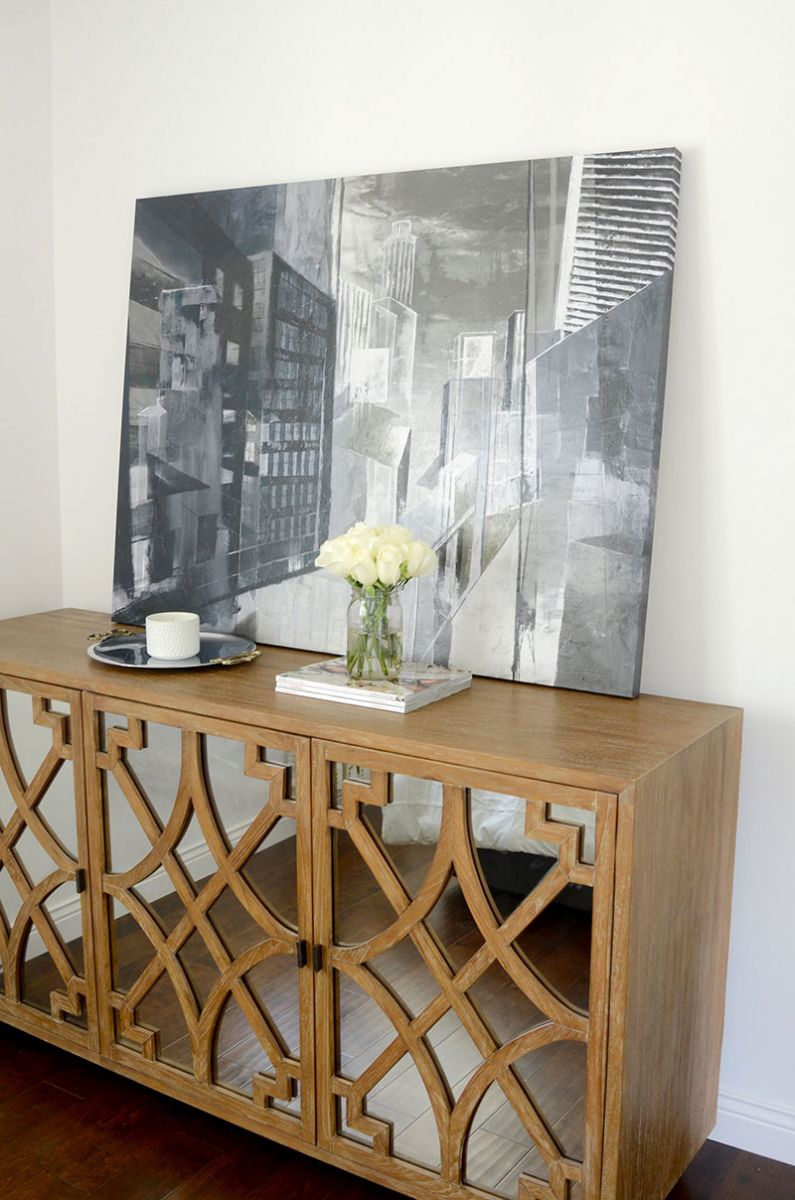 Tell us a little bit about the story behind this renovation.
My brother and I inherited this home after our father passed away. Dad had always expressed how he would have loved to renovate a home, so my brother and I thought it would be a great way to honor our father—in the form of flipping his home. We also knew that we wouldn’t be living in the home, so selling it was the most natural step for us to take.

We knew the home needed major cosmetic work, so we wanted to give it the update it needed for it to be a competitor on the market. This project, or #MonroeFamilyFlip as I named it shortly after we began renovating, was also a way for us to find closure and become closer as a family (our mother helped out a lot too).

What were the goals for the flip?
My goals for the flip were to give this starter home the facelift it needed to become a functional yet beautifully updated, modern space for a young professional, married couple, or single adult. Because this was a smaller starter home, I didn’t envision it as a family home. I thought about my target audience for this home, which had a major effect on how I designed the renovations. I also wanted to transform the space with color palettes and designs that would open up small rooms to appear bigger.

What was the timeline for this project?
Originally, my timeline for finishing the home was set for six months, but we soon realized after four that our timeline was not going to be met. We decided to give ourselves one year—it was really hard to pin down an exact timeline since a lot depended on when we would all be able to work on it. At the time, my brother and mother were working full-time and I still lived in NYC, but the house was in Iowa.

We tried to make an effort every day work on it and once the contractors were involved, we had to keep in mind that we weren’t their only job. We did finish the entire project in a little less than one year. I will say that in my personal experience, the timeline goals are definitely different in real life compared to what you see on the home design or flipping shows. Our crew consisted of four people, including the contractor.

This was my first house to flip and I wasn’t intimidated at all. In fact, it was scary how natural it all felt to me.

This was your first house flip. Were you intimidated by the massive to-do list?
This was my first house flip and I wasn’t intimidated at all. In fact, it was scary how natural it all felt to me (scary in a good way). Some days were definitely better than others, though—occasionally I would get this feeling of is this ever going to be done? There were days where we were wondering if we would see the light at the end of the tunnel for this project since there was still so much to do. After the halfway point though, we started feeling better as we saw our hard work come together. 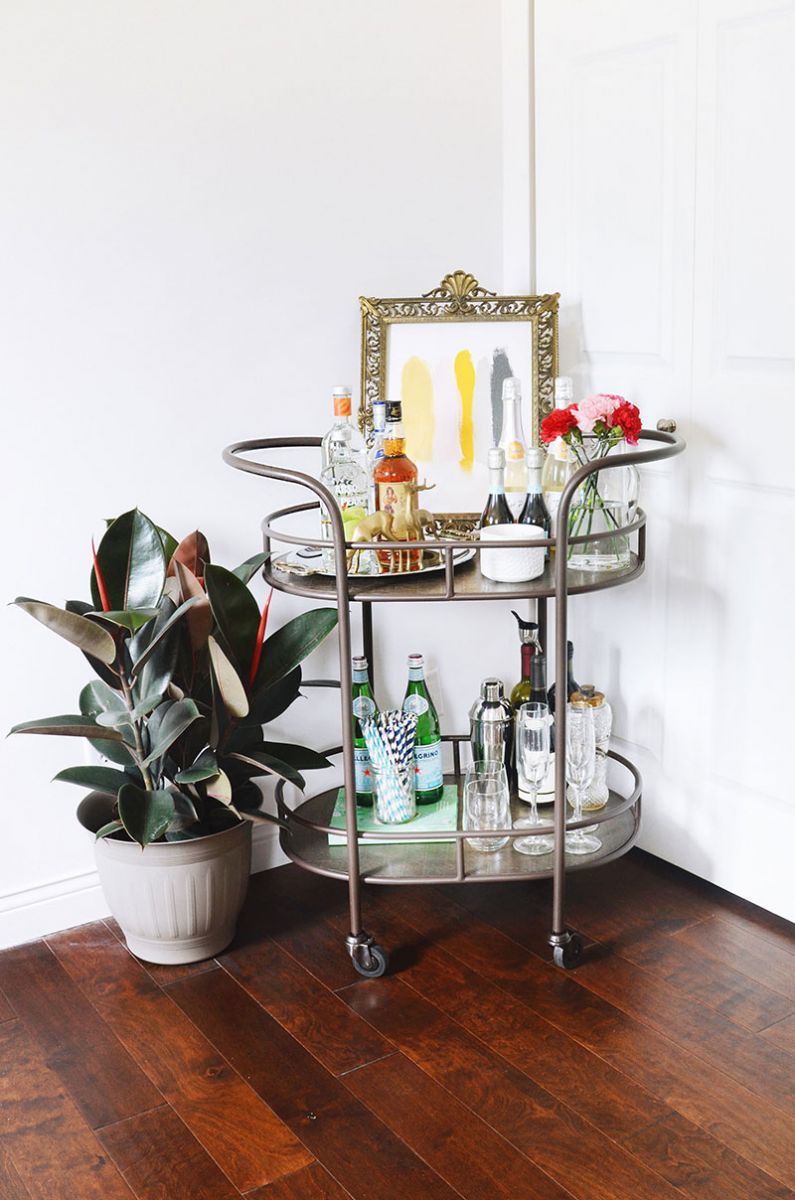 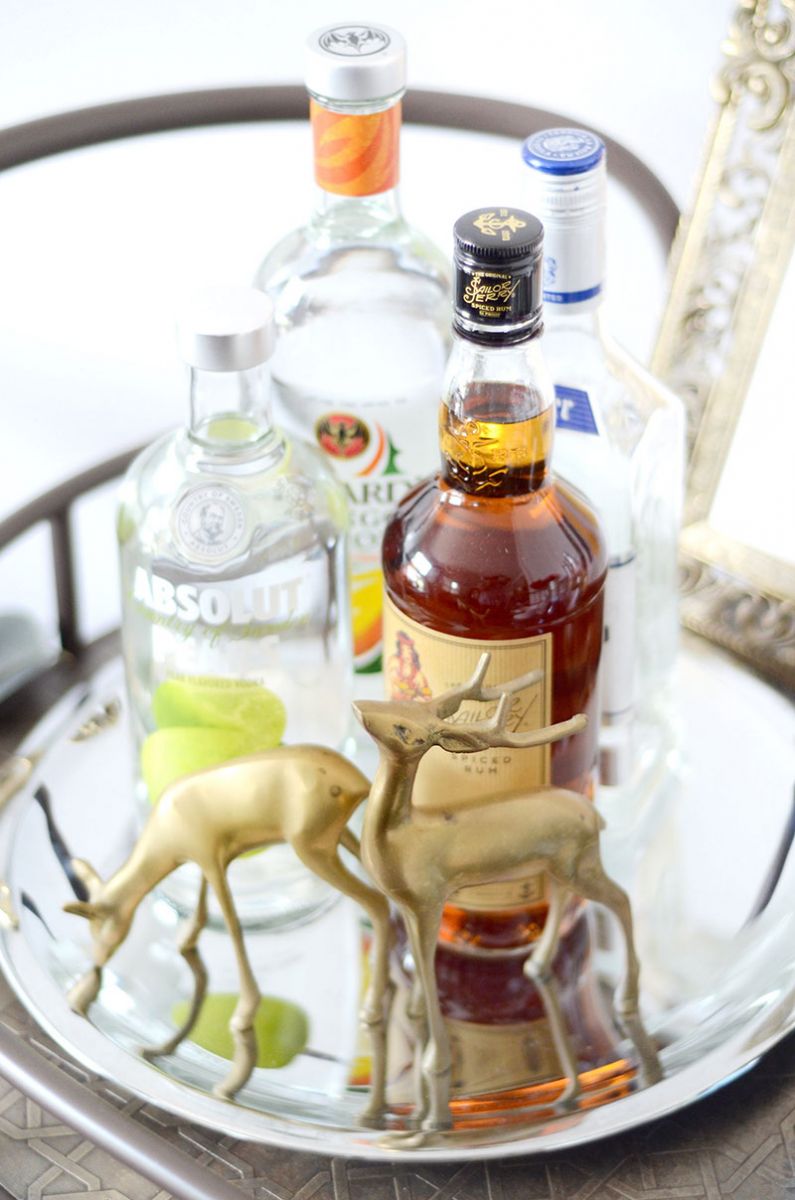 What changes did you make to the home?
I think the main and most important changers were all cosmetic. Thankfully, the home was in pretty solid condition so we didn’t have to worry about surprise foundation or roofing issues. It was important to update the overall look and feel of the home because we knew that’s what would sell.

Because it was an older home, it was necessary to update a few of the basic functions, such as electrical and plumbing.

Still to this day, I am obsessed with the transformation of the bathroom and kitchen. It does not look like the same home at all, so every so often I pause to remember what it used to look like. I am so proud of both because there’s such a dramatic before and after transformation.

Is there a part of the house you’re particularly proud of?
Still to this day, I am obsessed with the transformation of the bathroom and kitchen. It does not look like the same home at all, so every so often I pause to remember what it used to look like. I am so proud of both because there’s such a dramatic before and after transformation. Also, it was exciting to see my dream of a subway tile shower (after months and months of seeing them on interior design blogs) come to life.

We had great communication with our contractor so anything were able to do ourselves, we did. Not only did it help us save on costs, but it also gave our contractor more time to finish the bigger projects while we did the tedious work. Taking a sledgehammer to parts of the home was really, really fun, but I can honestly say that we’ve all had our share of painting to last us a while! 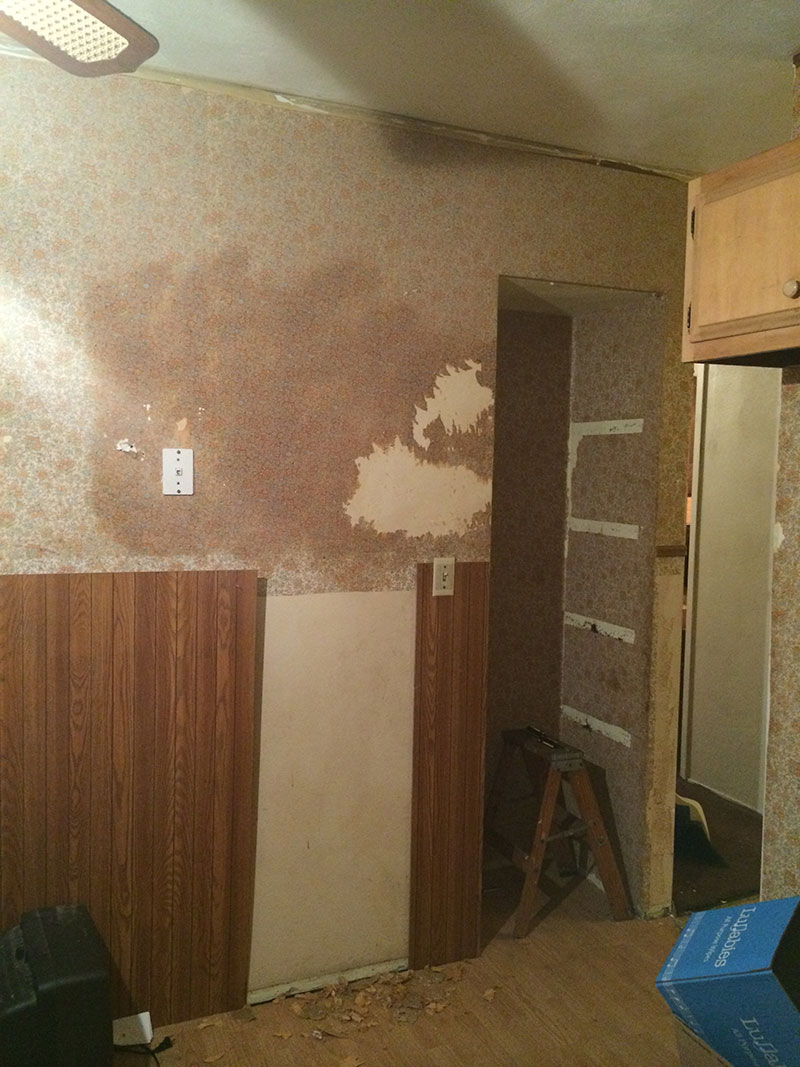 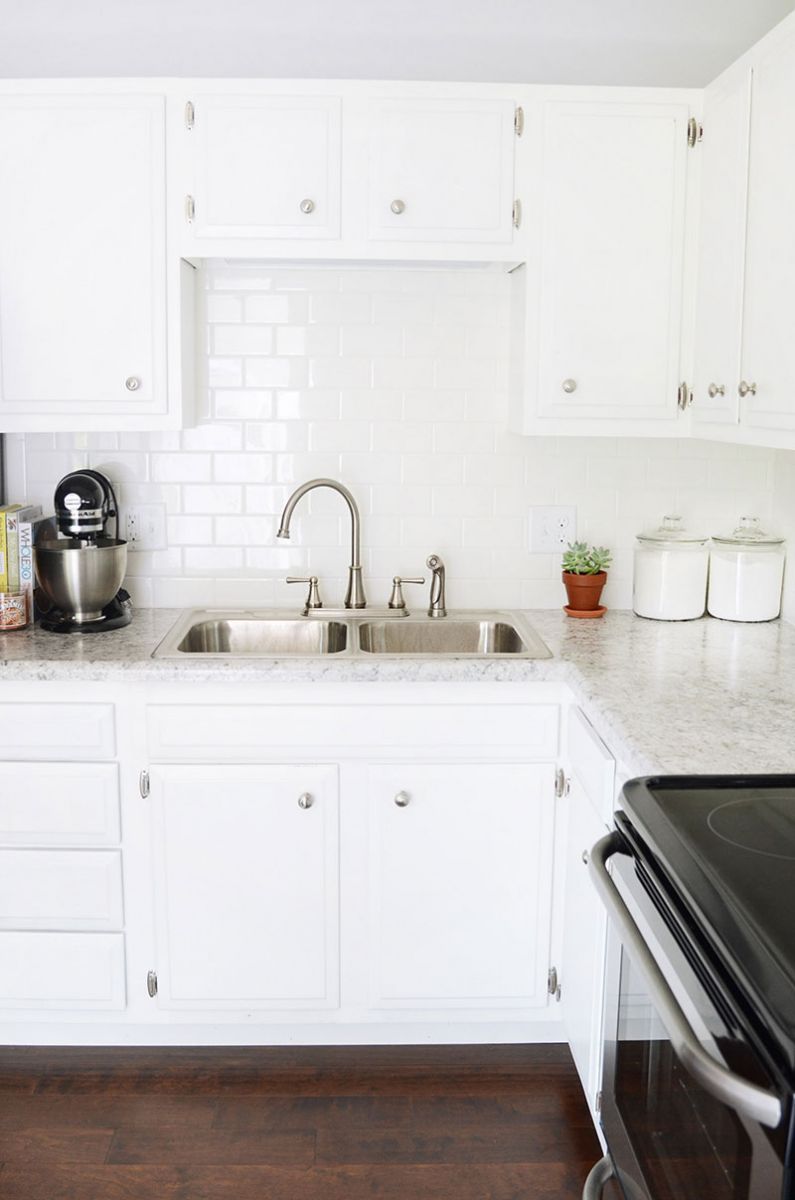 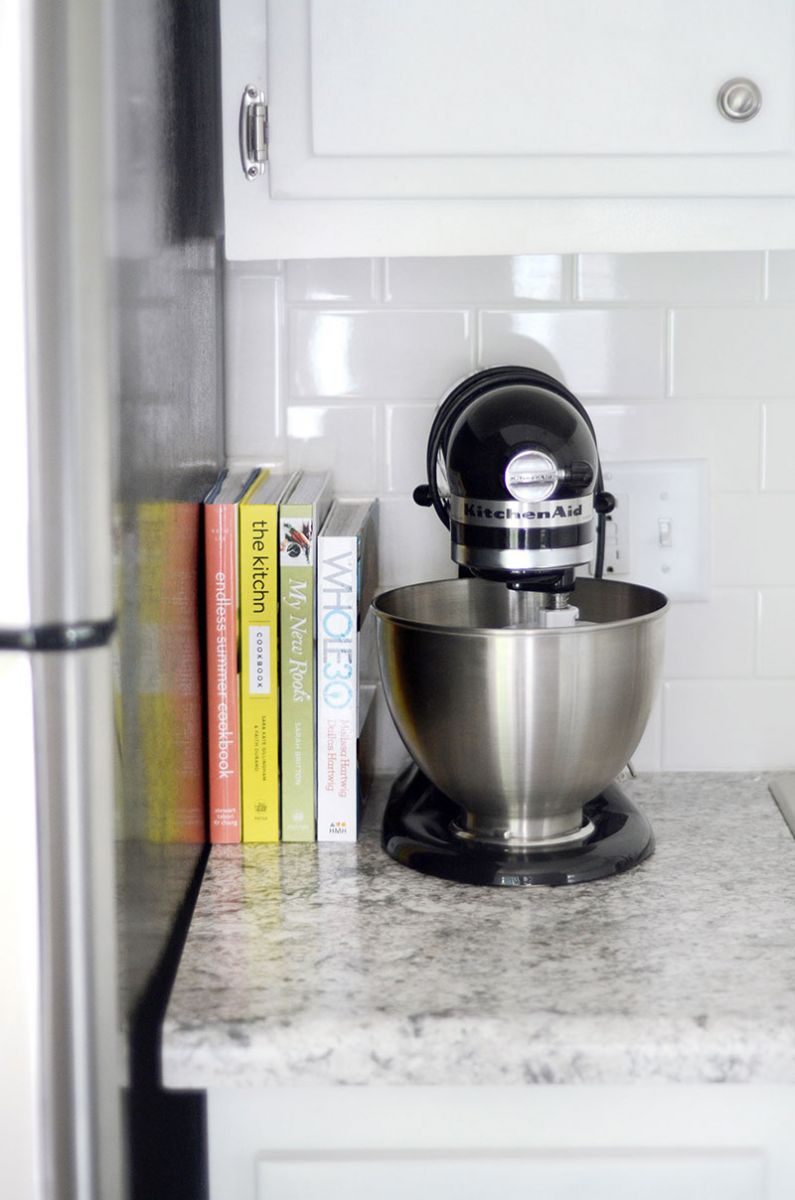 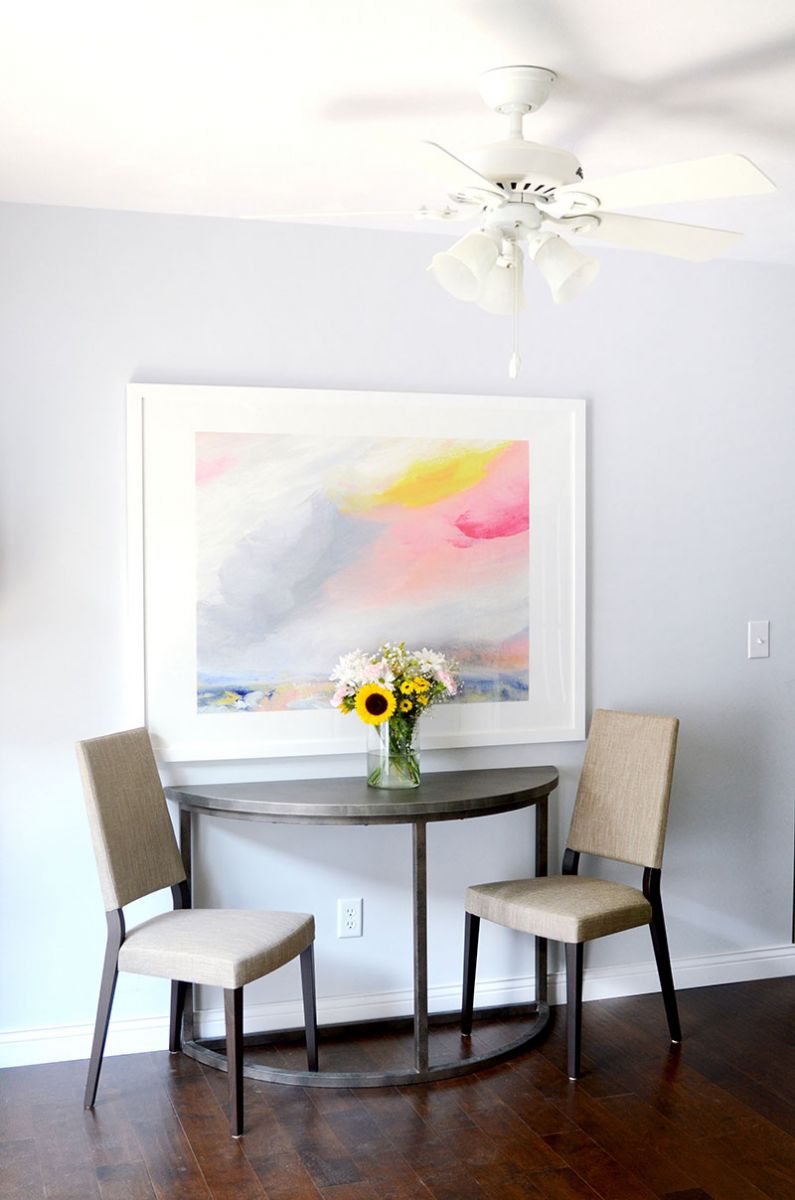 Let’s talk budgeting. How do you manage a budget for this kind of project? Did you stay on budget?
After determining our execution plan for what needed to be done, we started by getting estimates from a few different contractors. Once we felt we had an overall grasp on what the labor services would cost, we factored in what we could do ourselves, and came up with our budget estimate. From there, we added the cost of materials (the materials we could factor in at the time—some stuff like flooring and interior doors were done last so they weren’t factored in just yet) and that’s how we came up with our budget.

As meticulous as we were with our money, we did go over budget by a couple thousand dollars, but it was worth it because we raised the value of the home by $35,000, therefore making up what we invested and then some.

The awesome part of this situation though was that every week or month I would enter the home and something was always newly updated. The turning point was when the walls were completely re-plastered and painted; there was a fresh smell in the home and it truly looked like a blank slate, and that’s when I saw the light at the end of the tunnel.

What was your biggest fear in the process? What were you the most excited about?
Honestly, my biggest fear in the process was that we wouldn’t sell the home within a particular timeframe. Because we were flipping this home to sell, I knew there was a risk—mostly because I did a color and design scheme that isn’t familiar in the small Midwest town where it’s located. Typically a prefab kitchen and bathroom is the norm, with carpet and linoleum floors.

I’ve always been the type of person to do something different and I knew this home would be no exception. I knew it was a starter home in a starter home neighborhood, but I wanted to show people that you can still live with luxurious or high-end designs even in a smaller home. I hoped someone else would appreciate my vision and could see themselves living in the home and enjoying it. 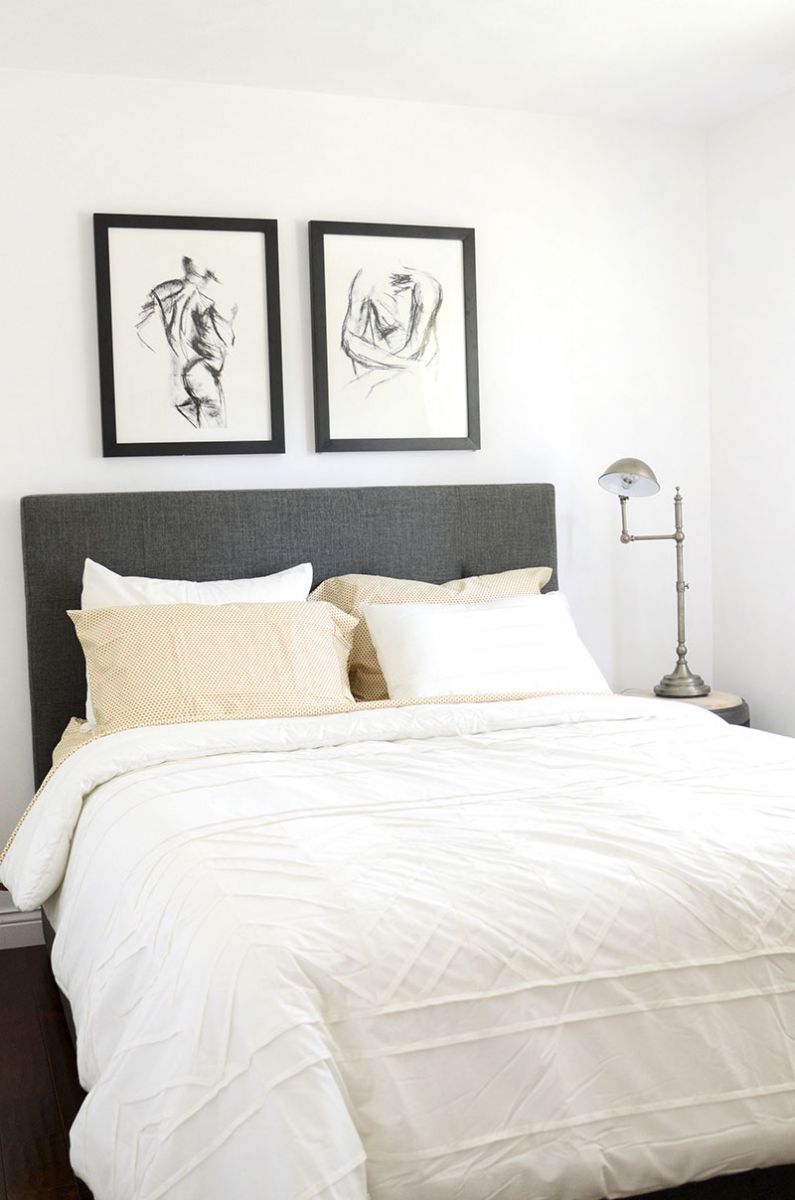 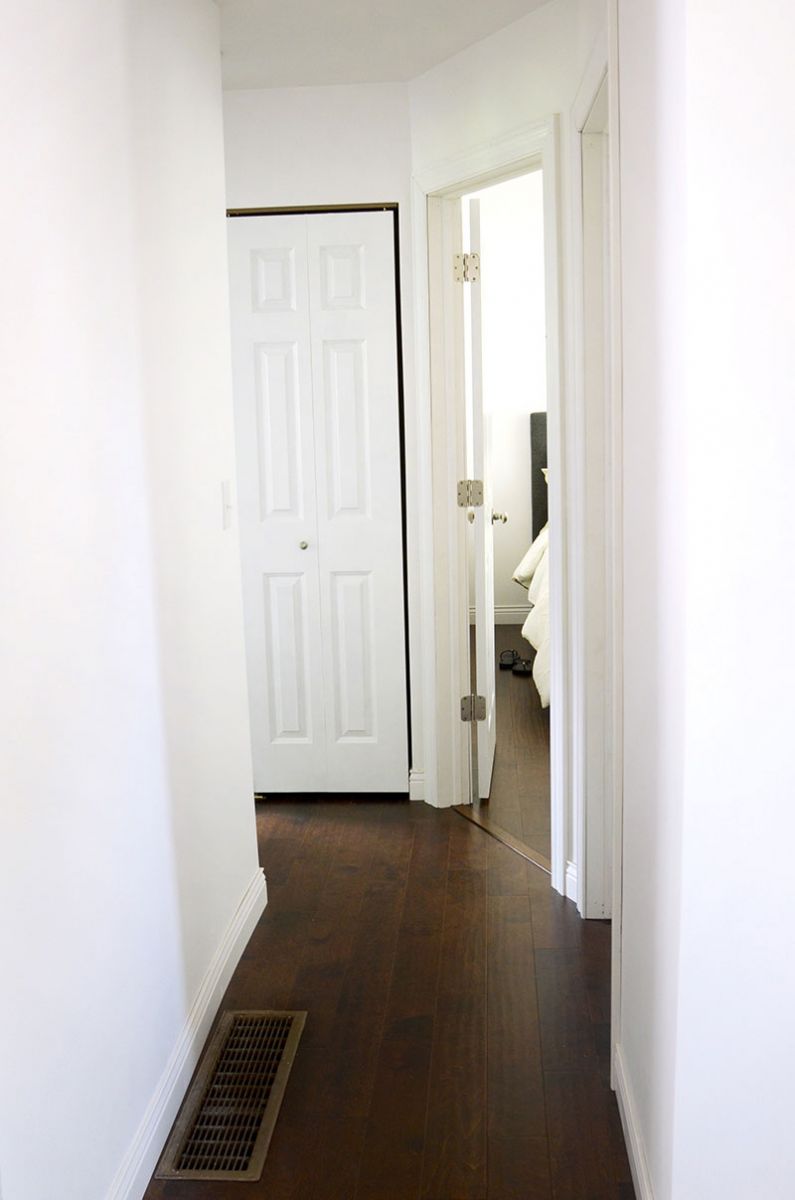 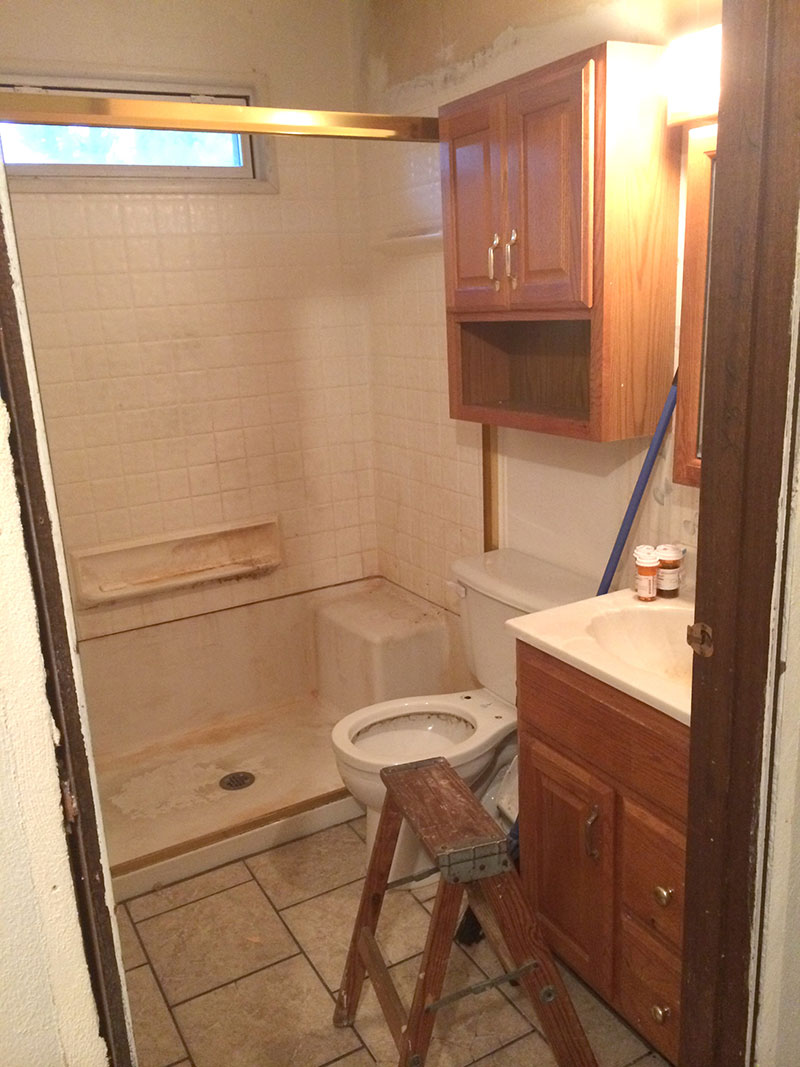 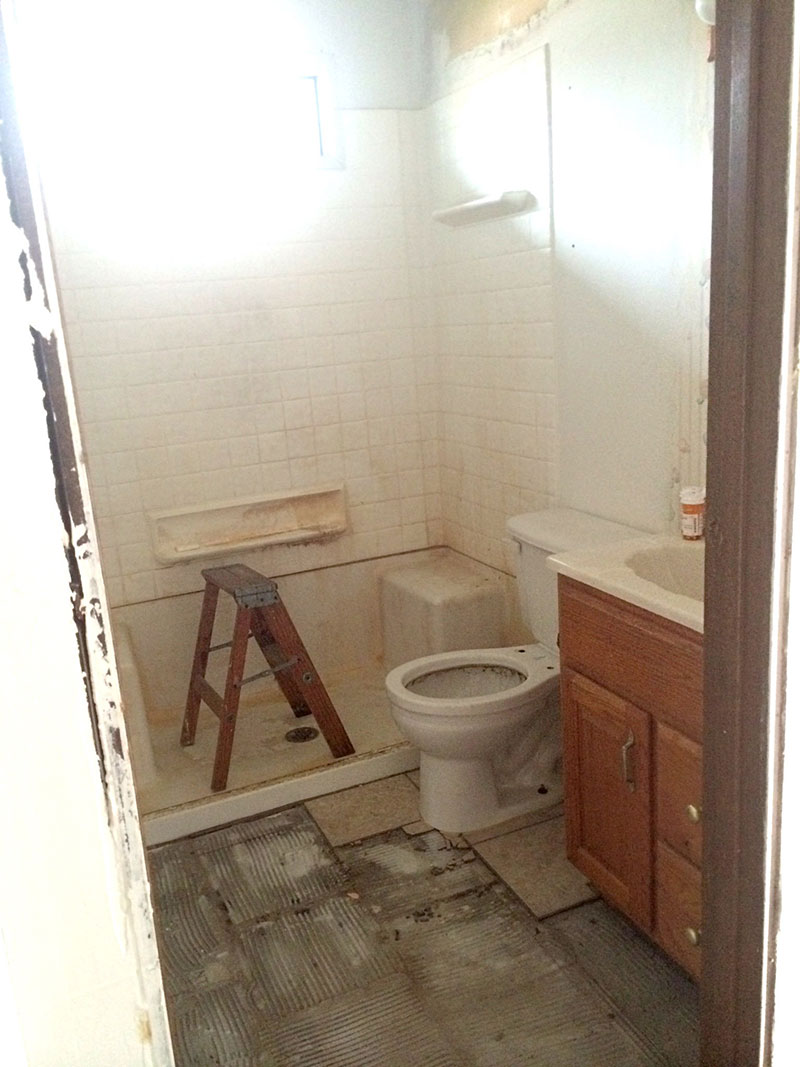 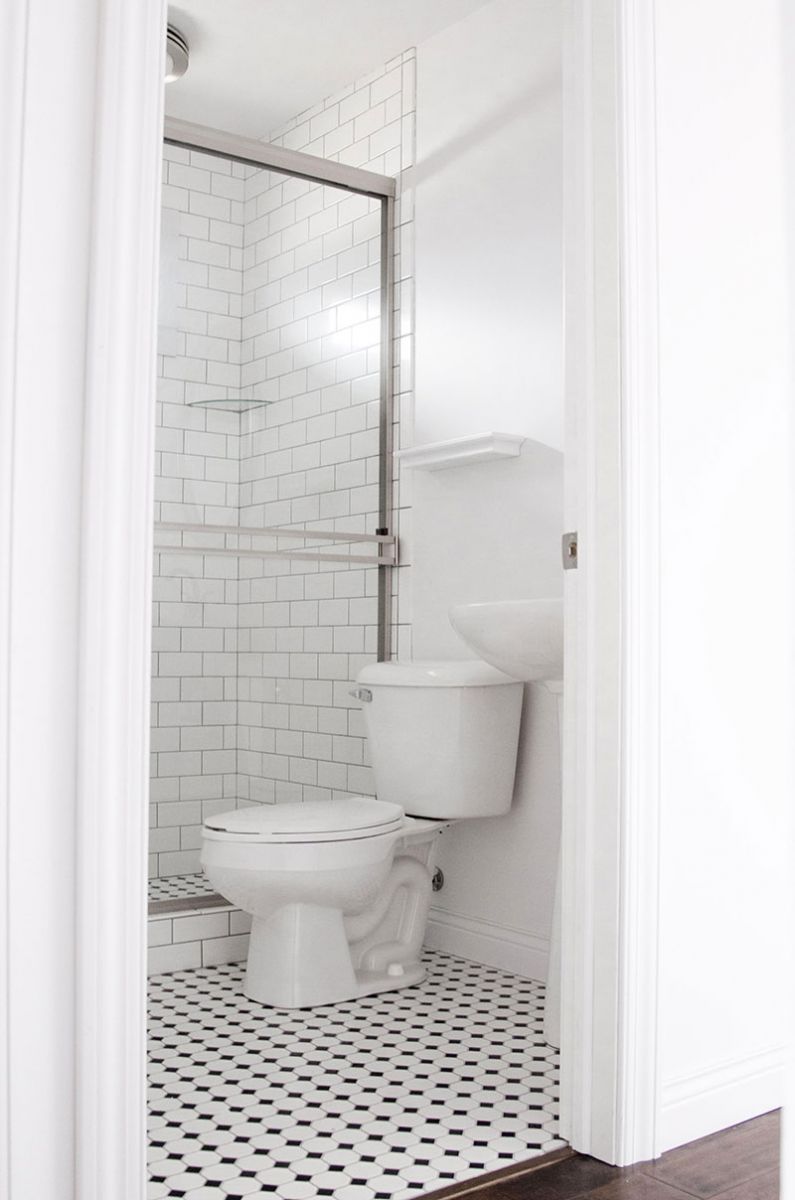 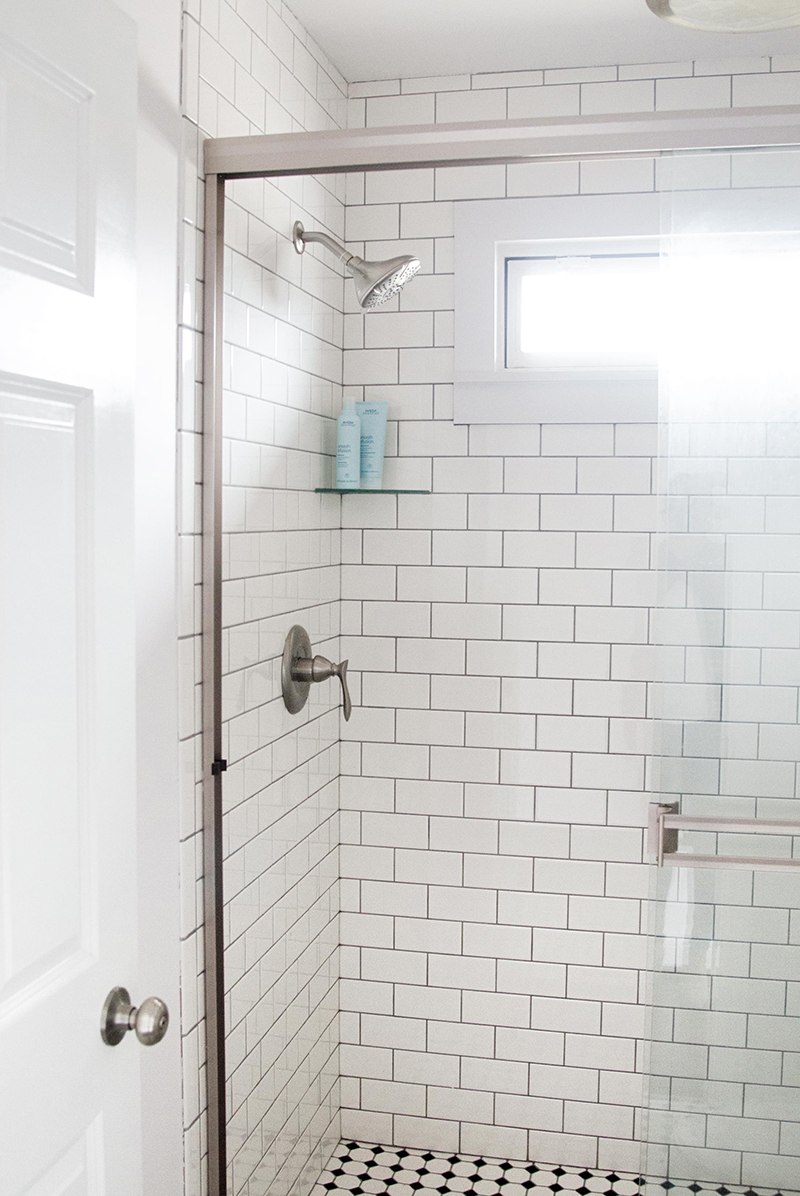 What would you do differently? Any tips for others wanting to flip a house?
Don’t be afraid to go for what you really want to do, and trust your instincts. Know that you can and probably will go over budget, and also keep in mind the differences between flipping your own home and flipping to sell. Depending on your purpose for updating, as there may be a difference in investing in a granite/marble countertop and just sticking with a laminate duplicate.

I did a full on renovation, but don’t be intimidated by not owning a home and feeling like you’ll never get to do something like this. Even if you live in an apartment, there are ways for you to add your own personal style to a room. When you’re transforming your rooms or spaces, be sure to document the process and make an album of it for you to remember (especially for a baby nursery or your office space, etc.).

How did it feel when the house was finally done?
We literally cried! We were so emotional when putting up the sale sign. Even though we still had quite a few things to fix, we had a sigh of relief—then we definitely took a couple weeks off to relax.

Did you overcome any particular challenges or frustrations during the process?
Thankfully, the home’s foundation and roof was in great condition so we were able to allot our funds completely to the cosmetic renovations. I would say the biggest challenge was that we all either had full-time jobs or didn’t live in the area, so it wasn’t something that could be worked on every day. Also, there were some days when we were honestly burned out and didn’t even want to look at the home—so we took our days off when needed to get a fresh mind before working again.

I would absolutely LOVE to do this again, and am hoping that it will be something I do constantly as I get older.

Is this something you’d love to do again?
I would absolutely LOVE to do this again, and am hoping that it will be something I do constantly as I get older. Renovating this home was a great experience, but I did have to sacrifice other aspects of my life to do so. Right now, I am concentrating on getting my life back on track!

Besides writing for The Everygirl, blogging, and running my photography business, I’m continuing my college education full-time in hopes of receiving my certificate in interior design. I would love to start taking on interior design clients by 2017. I also moved into a new apartment so I’m having a lot of fun designing it and curating pieces for each space. 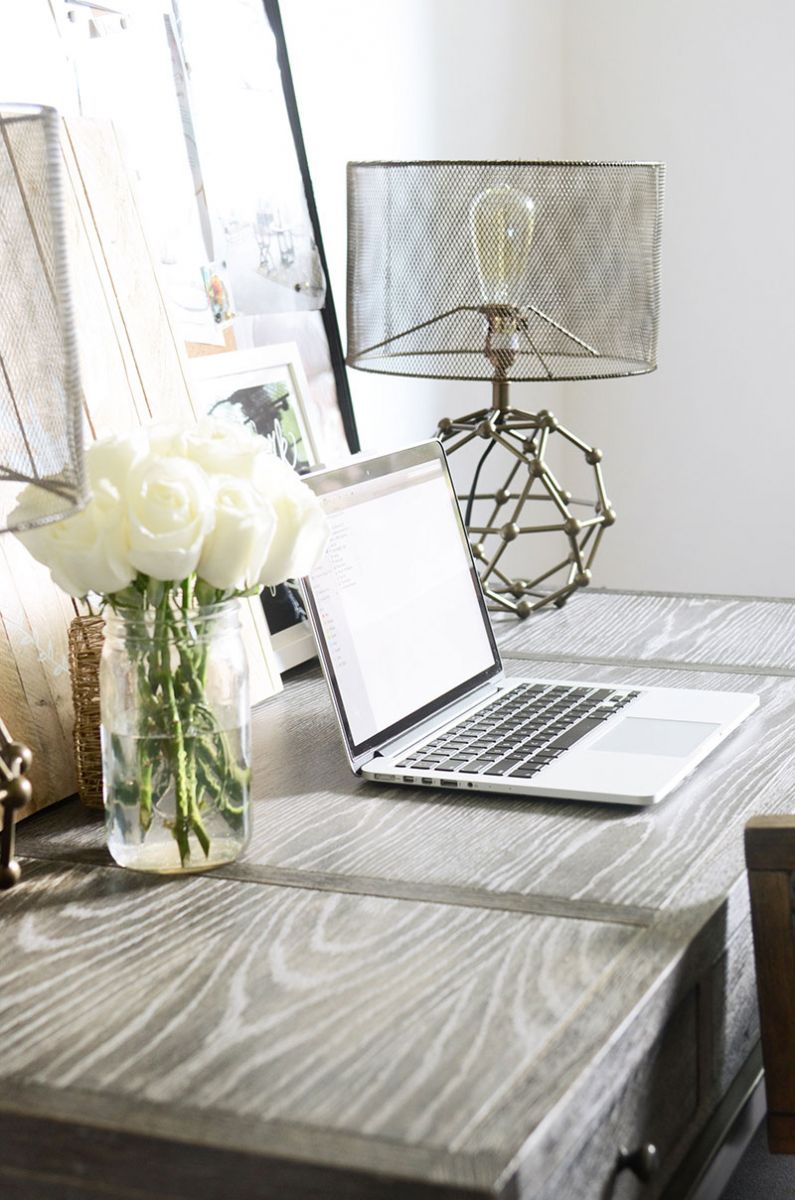 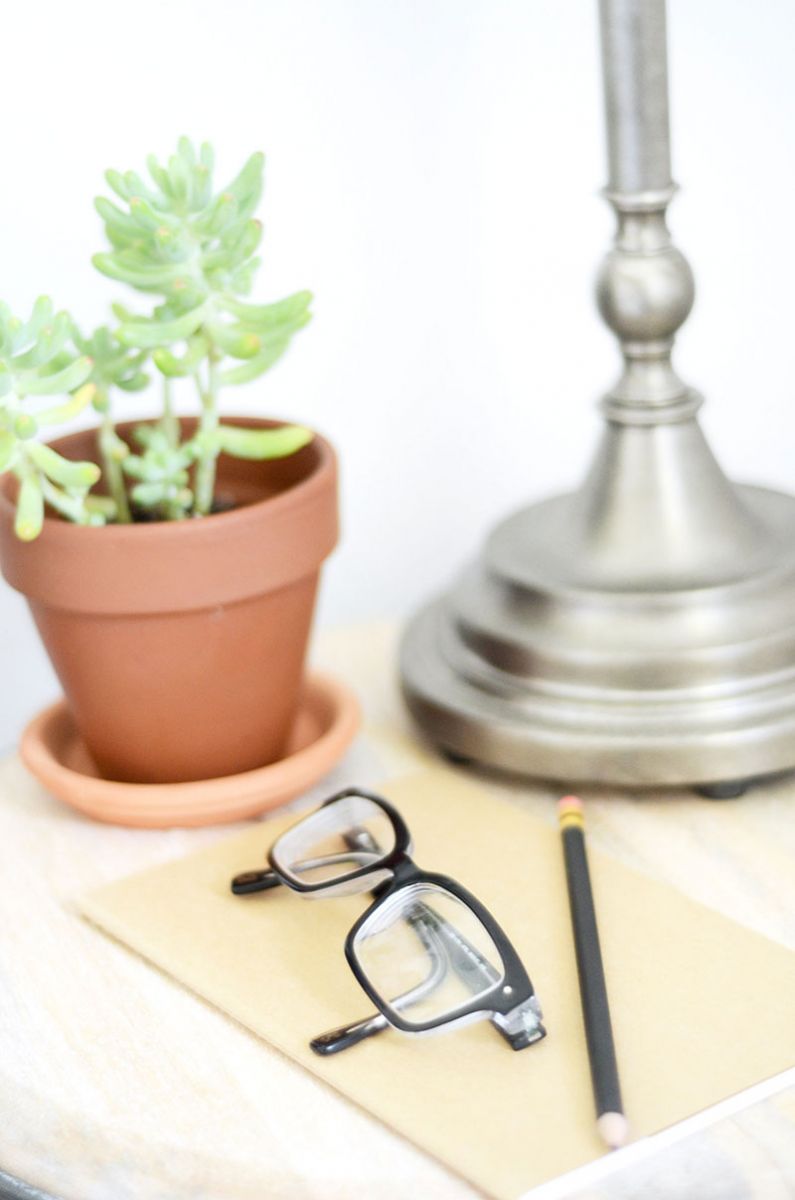 Have you done a home renovation? What tips do you have from your experience?