It’s been 3 years and counting since I was diagnosed with Crohn’s disease. You’ve probably heard of it, but may not know exactly what it is. Essentially, it’s a chronic inflammatory bowel disease of the gastrointestinal tract, leading to inflammation, painful cramping, bleeding, and other unglamourous symptoms (think: plumbing issues). It’s not a one-size-fits-all kind of disease — each Crohn’s patient has his or her own unique story to tell.

For as long as I can remember, I’ve had stomach pain or discomfort. Having a stomach ache and feeling bloated seemed like an everyday occurrence that became my norm. In a way, it was a relief and a blessing to be diagnosed, because I finally knew what the problem was and, although there is no cure and known cause, I could take steps (albeit baby steps) to manage my symptoms and start feeling better. Having just celebrated my big 3-0, it was the start of what would become a lifetime routine of doctor’s appointments, blood and fecal tests, and colonoscopies (insert the face palm emoji).

After being diagnosed, I faced a flurry of explanations about what was going on in my colon and where (Crohn’s can affect any part of the GI, from the mouth to the anus) and medication with side effects and risks of their own that would deter just about anyone — I’m talking vomiting, diabetes, infections, and stomach ulcers, just to name a few. After researching Crohn’s and medications like it was my job, I had a compiled a list of pros and cons that was heavily one-sided. Decision made.

I refused to take any medication, despite my doctor’s warnings about what could happen if I didn’t and my adamant and concerned parents’ pleas — after all, there was no quick fix. Unlike a cold or the flu, it wasn’t going to go away after a few days. And unlike a cold or the flu, my parents couldn’t empathize — you can’t will it or not eat it away (trust me, I’ve tried). It was something I had to accept and learn to live with for the rest of my life. You could say it was a hard pill to swallow.

I had just started dating my boyfriend shortly after I was diagnosed and I remember being so worried that I’d get “the runs” or — God forbid — break wind any time I was with him. On our second date, I remember thinking, “Do I tell him right off the bat that I have Crohn’s or just wait it out and hope that I can keep my symptoms at bay?” I chose to tell him that night and I’m thankful I did. During our first few months of dating, I was scared to eat anything other than a short list of things I knew wouldn’t trigger my symptoms (aka rabbit food). To this day, I still am to an extent (thankfully a chocolate peanut butter cup or two won’t hurt me).

I chose to take a homeopathic approach. A combination of acupuncture, herbs, exercise, the right foods, and my trusty heating pad were (and still are) my saving grace. A year or so after I was diagnosed, I was given a reprieve. My Crohn’s symptoms were inactive and I was in remission, (cue the hallelujah chorus). Despite what the doctor who diagnosed me said, I believe diet has everything to do with the disease (and so many others). And now there’s a lot more research showing just that and how certain foods can reduce inflammation and heal the gut.

Let’s just say I’m glad I went with mine. 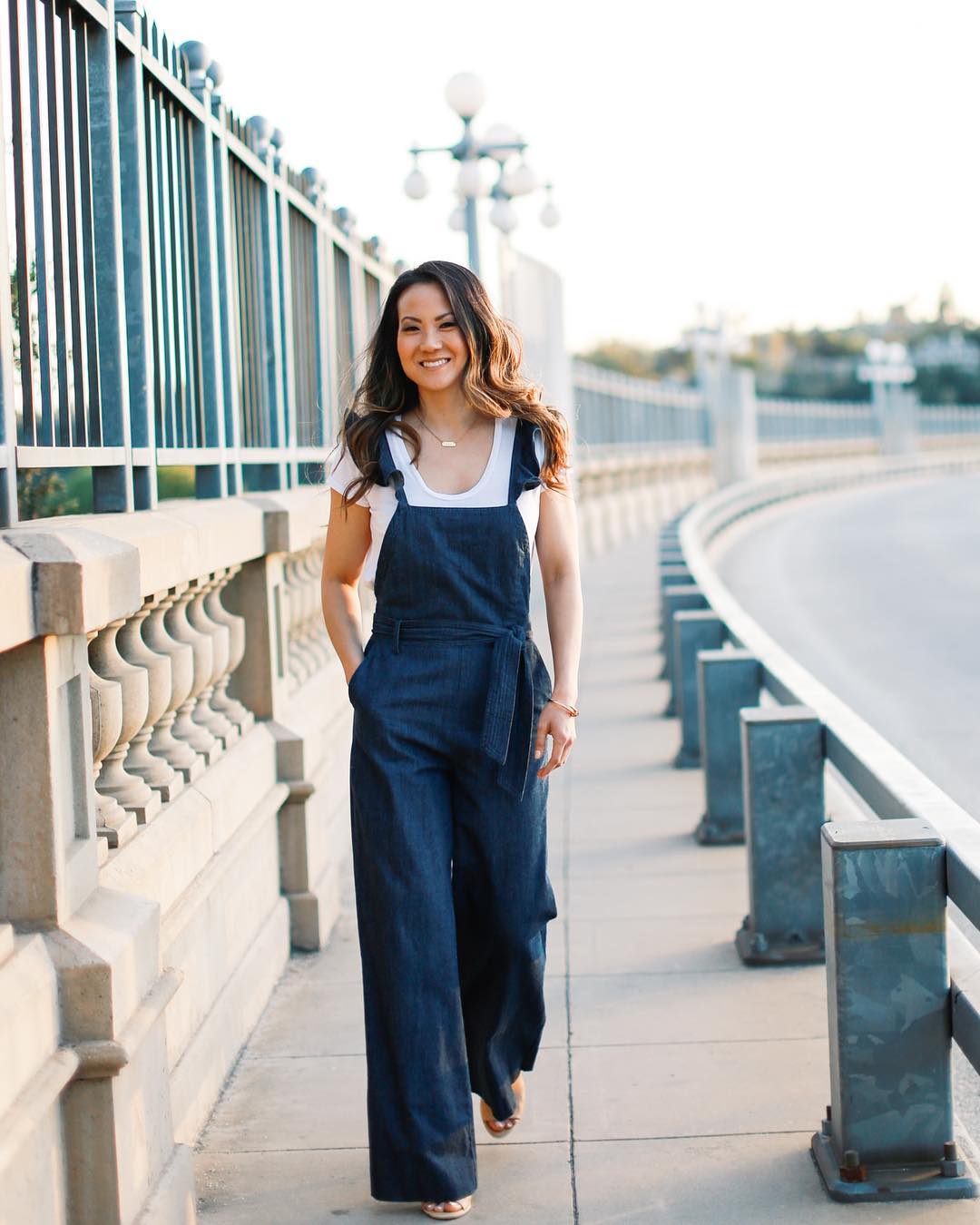 There are many words I can use to describe what it’s like living with Crohn’s — painful, frustrating, embarrassing, unpredictable, isolating, life-changing — but, unless you yourself have it, it’s hard to understand just how debilitating it can be. There’s a reason why it’s called the “invisible disease.” Like other autoimmune diseases, it’s not evident on the outside. So although someone with Crohn’s may not look sick, trust me when I say it very likely took every bit of strength and will for that person to get out the door.

Living with Crohn’s has most definitely affected my life in more ways than one. Sure, there’s the obvious physical pain that comes along with the flare-ups, but it also takes a serious toll on your mental and emotional states (not to mention fatigue) — all of which impact your relationships, your work and social life, and just your everyday routine. There are days I feel great, then there are others when going from my bed to the porcelain throne is on repeat, or I’m out and about and have to make a mad dash to the restroom. The good news? It doesn’t really phase me anymore. The clots of blood left when I get up from said throne? Not so scary anymore. It’s the times the urgency hits out of nowhere and not making it to the restroom in time that gets to me. Continuously having to cut a night out short or not making plans at all in fear of the “what ifs.” The days that turn into weeks and months of just feeling bleh and wishing I had more energy to just do life.

When I go out to eat, it’s a process and takes asking a series of questions and a long list of modifications just to order (yes, I’m that person). I find myself asking to go last so that I’m not put on the spot and I can speak quietly behind my menu. It’s embarrassing and can be a pain (pun intended) and I feel misunderstood at times, especially if I’m with people who I don’t usually dine with. I generally eat the same type of meal no matter where I go (some combo of lean protein and cooked veggies) to be on the safe side. What may seem boring or come across as picky to others is just me actually trying to avoid a disaster later.

The silver lining? I consider myself lucky because I know others affected by Crohn’s have been through far worse. I’m grateful for the days I feel good and symptom-free and for the healthy lifestyle I’ve grown accustomed to, which has also benefited my family. It’s been a journey of self-discovery and I’m so much more in tune with my body and listening to what it needs than before I was diagnosed. And I’m all about indulging in self-care, trend or not.

What I’ve come to learn is that like Crohn’s, life is unpredictable and comes with its ups and downs. And though there’s no cure-all, happiness comes pretty darn close and can simplify the everyday. Do I want to be happy? YES. And Crohn’s won’t get in the way of that, or of my dreams.

I’m not sharing my personal story to get pity, but rather to raise awareness of Crohn’s, to bring comfort and hope to someone going through a similar experience, and to help the friend, boyfriend or girlfriend, parent, employer, or even one Crohn’s patient better understand what he or she is facing. Recalling my experience has been a bit painful, yet unexpectedly cathartic and freeing.

Health is something that’s easy to take for granted — that is, until you come face-to-face with an illness. If you have any of the symptoms I’ve mentioned, I encourage you to seek a GI doctor, especially if you have a family member with any autoimmune disease(s), because they’re hereditary (my mom has rheumatoid arthritis).

As I write this, I’m over the hump of a month long flare-up. In true Crohn’s form, it crept out of nowhere. It’s an everyday battle that I share with about 10 million people worldwide, yet there is little conversation about the disease, aside from a TV ad for medication here and there. It’s my hope that the stigma, misconceptions, and obscurity tied to Crohn’s — the good, the bad, and the ugly — are replaced with openness and one day, a cure.