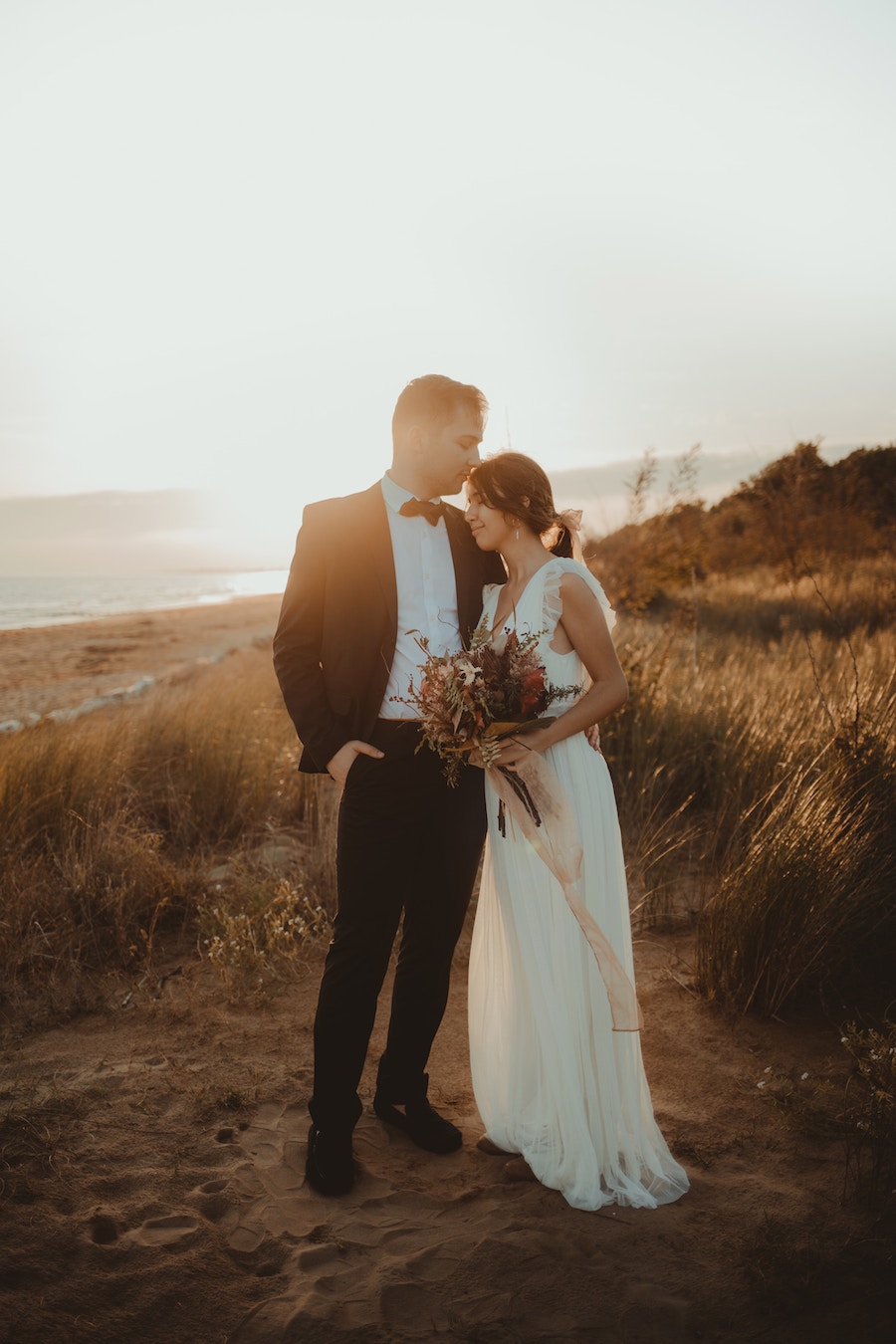 Once I entered my 30s, conversations about dating shifted. Recently, I was having conversations with two friends about how much things change. One was with a friend who is going through a divorce and expressed the feeling that she now has a scarlet letter when she decides to jump back into dating. Another is single in her 20s, and jokes that by the time she gets married she’s going to have to find a guy that’s back on the market after a divorce.

The funny thing is, I often made that same joke back in my 20s. I knew I didn’t want to get married until after 30, but I didn’t actually anticipate that it would come true (spoiler: it did). In the same token, I saw friends leave unhappy marriages and end up with wonderful second spouses, and I also watched some of my closest friends marry people who had been divorced. The concept wasn’t foreign to me, nor did it have any stigma attached.

Last year, I got married – and I am my husband’s second wife. It’s a weird phrase to even say since I never really think about myself as such. We’re fortunate that only once during our engagement did someone refer to my husband as getting “remarried,” and I gave this woman a pass given her age and traditional sensibilities.

But, perhaps it’s that we live in a time where it’s not unusual to hear that someone had a “starter marriage” in their late-20s before settling down. It’s not something I typically think twice about. I had friends who’d forged the second-wife path before I did, and now that I find myself here, these are a few of the words of wisdom I’d give to someone else in my shoes.

You’ll realize the past is in the past

Number of times I’ve googled my husband’s ex-wife: 0. I looked her up once on Facebook the day after he told me he was divorced, simply out of curiosity to see this person he had previously decided to marry. And that was it. I saw that my husband had a rich social life, a close-knit family, and friends that had been with him through it all, so I never felt the need to question the past.

Of course, I know people who have obsessed over their partners’ exes, but what’s the point? The past is the past and you are only in control of your future. Is it beneficial – and I’d even say necessary – to know why they got divorced? For sure. It can be telling of red flags, issues they need to address, and more. But, once it’s been discussed, it’s done.

Side note: I once went on a date with a guy who ragged on his “crazy” ex-wife during our first date. That’s probably not someone you want to get involved with.

You’ll forget the ghosts of weddings past

One of the misconceptions about being someone’s second wife is that you’ll have no choice but to have a low-key courthouse wedding with minimal fanfare, and that the ghosts of weddings past will linger. But honestly, if your significant other has already had a wedding, who cares? Your wedding is your wedding and you can do whatever you want. No one should say a word. Hey, you can still do whatever you want if it’s your second wedding!

Did I think it was a positive that my husband and I did something totally different than he had done the first time? Sure, but it wouldn’t have mattered if we hadn’t.

However, if there was one thing that I did want to take extra care to make our own, it was the ceremony. From my perspective, it would have felt strange to do the exact same thing he’d done once before. But at the end of the day, this was something we were doing for the first time, and that was the important thing.

And yes, I wish I could say my husband was a seasoned wedding planning guru throughout our planning process, but no, it was as if he’d never done it before (and maybe that’s for the best, right?).

You may have to address the bigger picture

Someone who’s been married and divorced probably knows a thing or two about what they’re looking for, what works, and what doesn’t (at least hopefully they do if they plan on jumping back in again!). This means that you may have to address the bigger picture questions early on.

I found that in marrying someone who’s been through this before, there was no room for playing games. My husband had done the work to realize what went awry the first time, so he wasn’t eager to commit just for the sake of committing.

Being someone’s second wife may force you to look at your relationship in a more mature and respectful way. It can make you learn to communicate about the present and the future – because more often than not, your partner isn’t looking to make the same mistakes again.

Look, I don’t complain that we happen to have a nice blender off my husband’s first registry, but for the most part, I felt strongly that we make a home that’s unique to us. I wanted to develop a life and routine that’s designed around what we enjoy as a couple. (I mean, couldn’t we really say this to anyone getting married?!)

You don’t want to plug yourself into a role that already existed – you want to create a life that works for the two of you.

You Learn to Roll with the Punches

When your partner has had a past relationship (even if it’s not an ex-spouse!), things may come up – and you just have to roll with the punches without holding it against them.

What do I mean by things will come up? Well, picture yourself boarding a flight en route to your honeymoon at 6am, just two days after your wedding. You hear someone excitedly exclaim your new husband’s name. He waves to a couple sitting a few rows ahead. They ask where he’s headed and he says, “Going on my honeymoon. This is my wife” and introduces you. They look surprised, “Oh! Wow, congrats!” and you give a quick smile, a handshake, and make your way to your seat. As you sit down, you ask, “How do you know them?” “Well, those are close friends of my ex’s.”

Run-ins like this will happen, and you just have to smile and keep on going.

So, next time you match with someone who’s been married before, remember being a second wife isn’t so bad, and as Jared Freid has said many times, a divorce in your 20s or early 30s is really just a fancy break up.