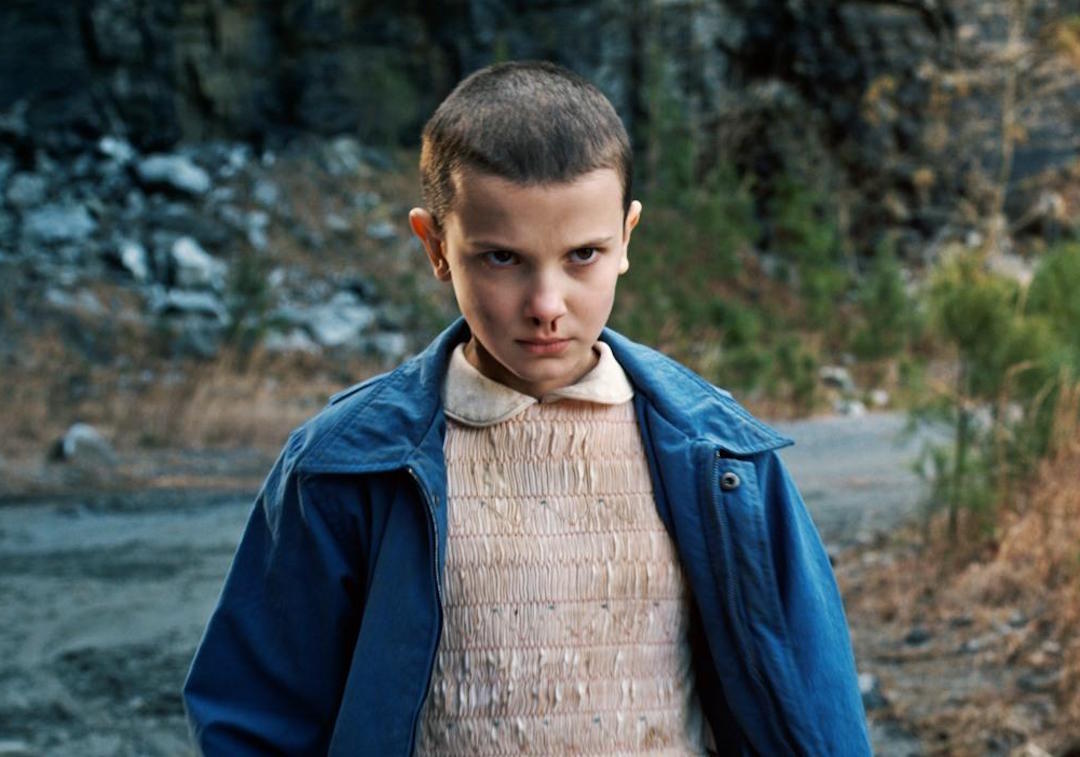 The first time I saw Silence of the Lambs was when I was 17. I was on vacation in northern Michigan, and this ~super hot older guy~ asked if I wanted to watch it with him at his lake house. How could my 17-year-old self possibly turn that down?

Little did I know, the two hours of eye covering and shrieking that followed would cause quite the ripple effect in my life.

First things first, it’s important for us all to go over what exactly Silence of the Lambs is about. The 1992 Best Picture Academy Award winner tells the story of Clarice Starling (Jodie Foster), a young FBI Cadet who is tasked with interviewing incarcerated serial killer/cannibal Dr. Hannibal Lecter (Sir Anthony Hopkins, all hail the king). Her supervisors hope that Dr. Lecter will be able to provide assistance in solving the case of “Buffalo Bill,” another serial killer still on the loose. Throughout their work together, the two form a twisted sort of friendship, one that is marred but not ruined by Lecter’s escape from prison and subsequent murder spree. Not only is it a horrifyingly detailed and realistic psychological thriller, but it’s also incredibly gruesome and gory. If you’ve ever heard someone say “He’s gonna make a suit out of our skin!” or make this disgusting noise, they’re referencing two different grisly murders (just two out of many) from Silence of the Lambs.

It is INCREDIBLY DISTURBING, to say the least. As is, I’ve recently come to realize, much of the media we are constantly bombarded with every single day.

That fated evening when I watched Silence of the Lambs all those years ago, I ended up tossing and turning in sheer terror until I finally succumbed to the shame of climbing in with my mom in my parents’ bed. I was legitimately petrified for weeks — not only from the gore, but also mostly from the dark and eerie nature of the film. The scariest part of SOTL is that it’s actually somewhat realistic — Dr. Lecter was based off a real person. Sir Anthony Hopkins played this character with the most alarming blend of charm, charisma, and horror — a combination that would make any sane person reconsider every encounter they’ve ever had with every person they’ve ever met. “Have the lambs stopped screaming, Clarice?”

The scariest part of Silence of The Lambs is that it’s actually somewhat realistic — Dr. Lecter was based off a real person.

Since that fateful first viewing, I’ve seen SOTL several more times. I watched it again with a group of friends on a rainy night in college, it found its way into my Netflix queue, and it’s a great one to watch when you want to get ~snuggly~ with someone. I’ve learned to appreciate what an incredible film it is (incredible enough to win the big five Oscars in ’92), but I still prefer to watch it with the lights on.

THAT BEING SAID, however crazy this may sound, when people ask me what my favorite movie is, it’s ALWAYS the title I choose to say. I’m honestly proud that it’s a film I enjoy and understand, and I like the way people react when I tell them that my favorite film is something so sinister. Gosh, I am SO cultured and worldly. 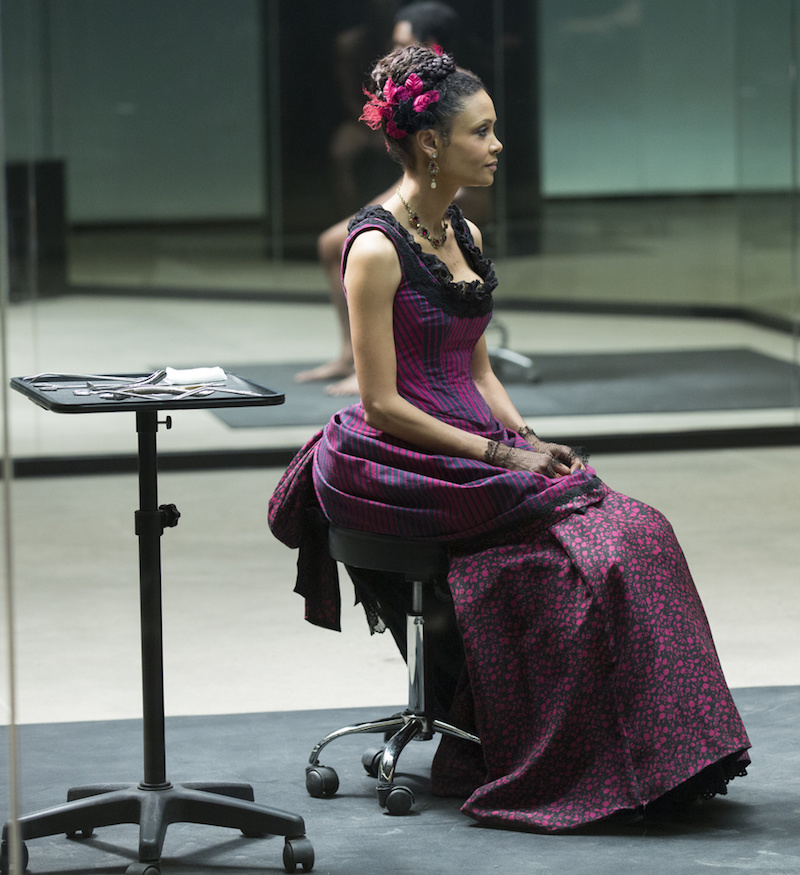 This concept is not altogether unpopular. We, as a culture, LOVE dark and sinister entertainment — and we LOVE talking about it. A report done by Parrot Analytics tested the most popular TV shows of 2016, using data that reported not only what most people were watching, but also what people are most sharing and talking about on social media. HBO’s Game of Thrones took the top spot as the worldwide favorite (no surprise there). The second and third place hits were The Walking Dead and Pretty Little Liars, respectively, and fourth place went to HBO’s Westworld.

Sensing a theme here? Me too.

Game of Thrones (no matter how fun to watch) is about a fantasy world filled with murder, incest, and rape. The Walking Dead is about a post-apocalyptic world overrun with zombies. Pretty Little Liars centers around a group of teenage girls searching for their missing/murdered best friend who may or may not be blackmailing them, and Westworld tells the story of a futuristic theme park that allows visitors to indulge their deepest fantasies without any consequences. There’s no doubt: these popular shows are brilliant, well-made, and addicting — and they’re also dark as hell.

(Note: Countless studies and surveys have been done in an attempt to find a conclusive answer to the question of which show is the “most popular on TV.” NCIS has been called the “most-viewed show in the world,” and The Big Bang Theory, for a time, was the highest-rated scripted show on television. We could spend hours debating what makes something the “best,” “favorite,” or “most popular” TV show. The above study by Parrot Analytics focuses on a blend of several factors, making it an excellent, but not definitive, indicator of public opinion.)

We, as a culture, love dark and sinister entertainment — and we LOVE talking about it. 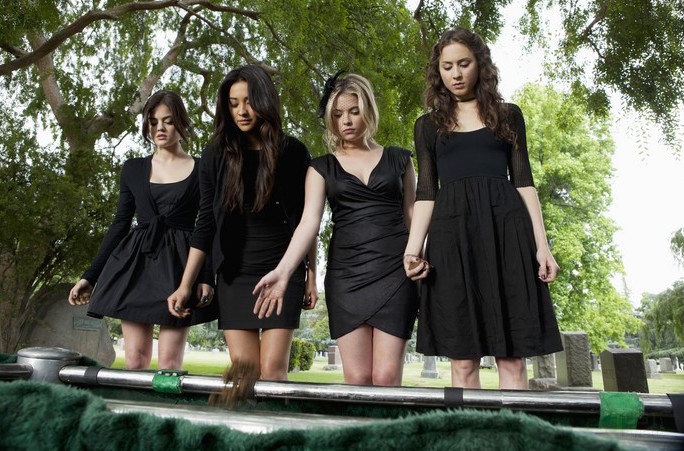 So there’s definitely debate over which shows are the best, but there’s little debate over which shows are most talked about. Chances are, you’ve heard of at least one (or all) of the following well-discussed smash hits from 2016: the aforementioned Game of Thrones, The Walking Dead, Pretty Little Liars, and Westworld, and of course the wildly popular Black Mirror, Stranger Things, Riverdale, Orange is the New Black, Big Little Lies, How to Get Away With Murder, Scandal, American Crime Story, American Horror Story, House of Cards, NCIS, Criminal Minds, Fargo, and Bates Motel. While these shows’ plotlines have very little in common, they all have one major similarity: they’re all darker than the average reality.

“Who cares, Abby?” you may think. And that’s fine. Some people (myself included) love the escapism of TV shows that are anything but slice-of-life. A lot of people enjoy indulging in the macabre because it’s exciting. But here’s what I don’t quite understand: Why is dark media so trendy?

For some odd reason, it’s cool (like I mentioned above, when I was talking about my favorite movie) to share that you enjoy viewing more sinister media. I’ve been made fun of when I’ve told others that I can’t stomach the blood and guts in Game of Thrones. My classmates laughed at me when my senior film seminar professor had us watch Pulp Fiction on the big screen (and I, of course, kept my eyes covered for a majority of the movie). 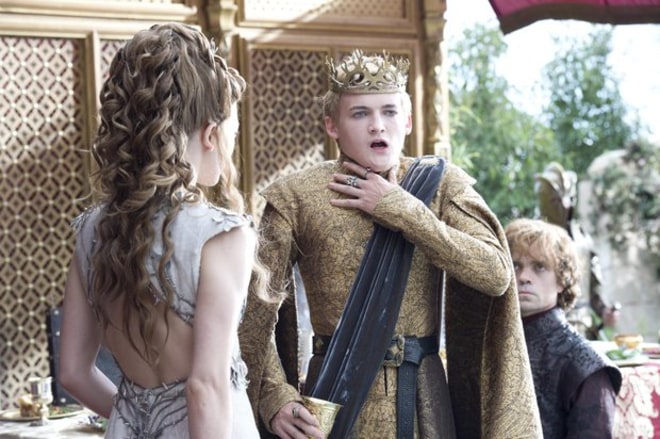 According to a discussion piece by Ken Tucker for the BBC, the “fetish” America has with edgy television has a simple explanation: it’s easier to make bad things more dramatic and compelling than good things. Scary content keeps you invested, while lighter content may not. Additionally, Dr. Margee Kerr, a verified Scare Specialist (her actual title), tells us about another phenomenon: Some human brains get a literal high from the dopamine released during the fight-or-flight response to the feeling of genuine and organic fear.

But here’s my question: In the current social climate of the United States, where mass murders, terrorism, rape culture, and psychopaths are legitimate fears and disgusting realities, why do we also want to see them on TV as well?

According to a recent study, in the three weeks following the release of Netflix’s suicide-centered teen drama 13 Reasons Why, Google searches for “how to kill yourself” went up by 9 percent and searches for “how to commit suicide” went up by a staggering 26 percent. (In the interest of fair reporting, it’s notable to mention that two positive searches spiked as well —  searches for “suicide hotlines” and “suicide prevention” both went up by 9 and 23 percent respectively. But is this positive reaction only possible in conjunction with the correlating aforementioned negative side effects, and do the positive side effects negate or justify the negative? Perhaps another discussion for another day.) Though 13 Reasons Why prompts debates of its own, that statistic is a strong argument for the case that watching sinister content can promote sinister behavior — something I hope we can all agree is a trend we do not wish to encourage.

Am I saying that we shouldn’t watch or enjoy the occasional gruesome TV show or movie? No, I’m not.

It’s not my place to say what other people can and should enjoy. But I do feel it’s my place to encourage my fellow TV and movie lovers to also engage in the viewing and discussion of more positive media as well. I’d like to praise the creators and stars of shows like This Is Us, The Mindy Project, Master of None, Will & Grace, Big Bang Theory, Unbreakable Kimmy Schmidt, Empire, New Girl, Curb Your Enthusiasm, Silicon Valley, Girlfriend’s Guide to Divorce, Veep, and the unparalleled Jane the Virgin for creating engaging and meaningful television that also portrays the comedy and happiness that comes with the human experience.

The world is full of love, joy, and compassion. Just as these things exist more than evil does in the real world, I’d like to see more of it on my screen as well. Although I turn on the news to see horrific realities, I’d like to be able to flip the channel to a show that reminds me of the goodness of humanity.

Stretch your own boundaries of entertainment. Watch the shows that people are talking about so you can engage in meaningful and productive conversation, but don’t watch them to fit in. Watch the shows and movies that bring you joy and remind you of goodness, then don’t forget to share them with your friends and family and with the world. We could ALL use a bit more love, joy, and positivity, and to receive that from the media we consume is a great place to start.

What are your favorite shows and movies? Do you feel like you enjoy darker media more than you used to? Why do you think people love scary TV and movies so much? Share your thoughts with me in the comments — I’d love to discuss!